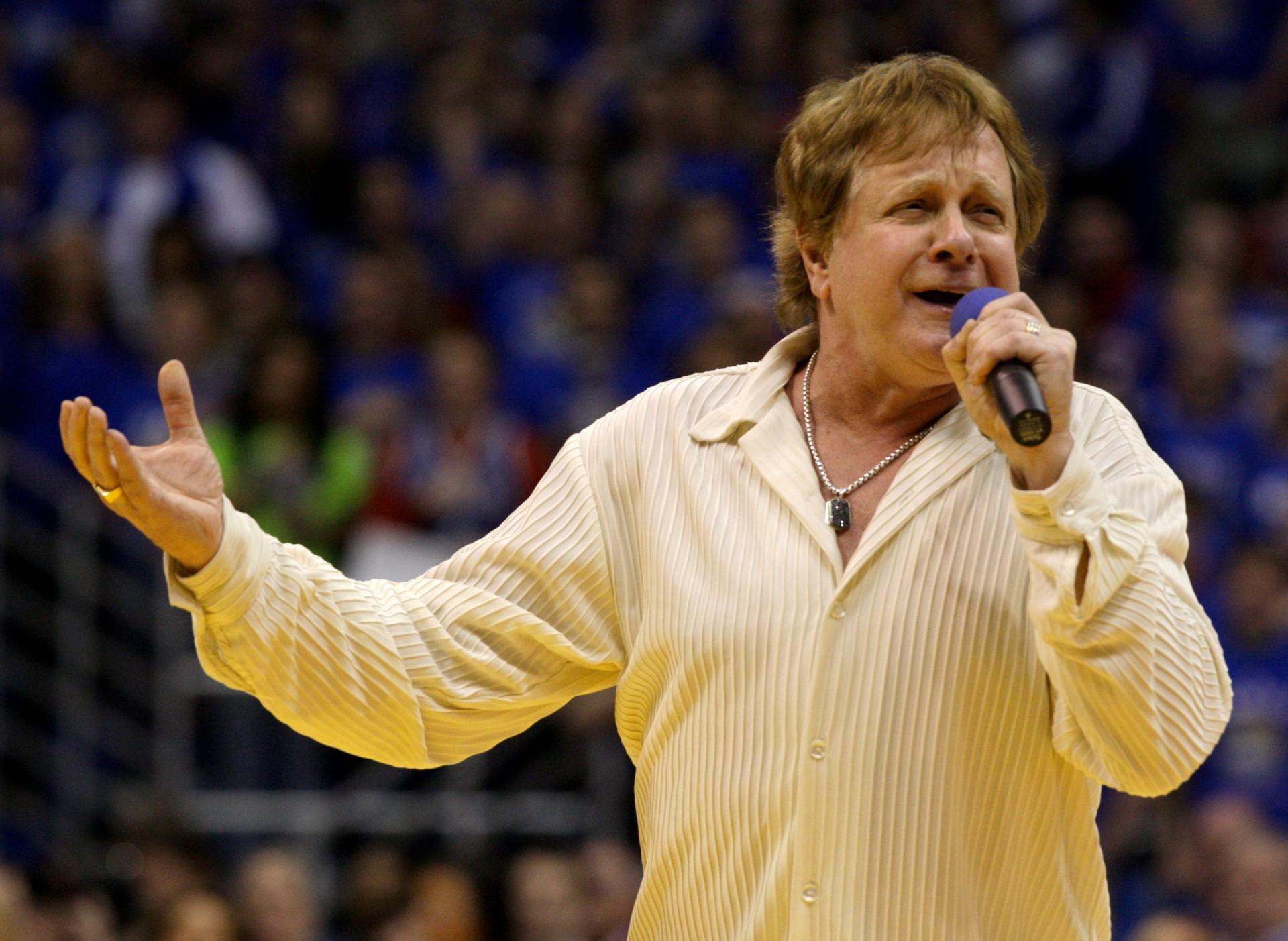 A publicist for Eddie Money said the rock star has died after he recently announced he had stage 4 esophageal cancer. He was 70.

“It is with heavy hearts that we say goodbye to our loving husband and father,” the statement said. “It’s so hard to imagine our world without him, however he will live on forever through his music.”

He announced his cancer diagnosis via a video last month from his AXS TV reality series “Real Money.” In the video, Money says he discovered he had cancer after what he thought was a routine checkup. He said the disease had spread to his liver and lymph nodes.

He had numerous health problems recently, including heart valve surgery earlier this year and pneumonia after the procedure, leading to his cancellation of a planned summer tour.

A New York City native born Edward Joseph Mahoney, Money grew up in a family of police officers and was training in law enforcement himself before he rebelled and decided he’d rather be a singer.

“I grew up with respect for the idea of preserving law and order, and then all of a sudden cops became pigs and it broke my heart,” Money told Rolling Stone in 1978.

“Two Tickets to Paradise” and “Baby Hold On” both reached the top 30 in the late 1970s and his self-titled debut album went platinum. In 1987, he received a best rock vocal Grammy nomination for “Take Me Home Tonight.” The song featured a cameo from Ronnie Spector, who reprised one of her signature hits from the 1960s as she crooned “Be my little baby,” which she first sang on the Ronettes’ “Be My Baby.” Money remembered calling Spector, still traumatized from her years with ex-husband-producer Phil Spector, and convincing her to sing on his record.

“I said, ‘Ronnie, I got this song that’s truly amazing and it’s a tribute to you. It would be so great if you came out and did it with me,’” he told hippopress.com in 2015. “When she got there, she didn’t even remember it; she had a mental block against (Phil) Spector. But then she came out and did the song.”

Money’s other hits included “Maybe I’m a Fool,” “Walk On Water” and “Think I’m in Love.” He had few successes after the 1980s, but he continued to tour and record, and for decades would open the summer concert season at DTE Energy Music Theatre in Clarkston, Michigan. Meanwhile, “Two Tickets to Paradise” became a favorite on classic rock radio stations and was heard everywhere from “The Simpsons” to “The Office.” The song was also featured in a Geico commercial, with Money himself appearing in the ad as the hammy owner of a travel agency.

For years, he lived too much like a rock star. In 1980, he sustained nerve damage in his legs after overdosing on alcohol and barbiturates, a near-tragedy he wrote about on his hit 1982 album “No Control.” He continued to struggle with alcohol addiction before joining a 12-step program in 2001. “I came to the realization that I didn’t really need (alcohol) for my quick wit,” he told CNN in 2003.

Money did manage the rare rock achievement of a long-term marriage, more than 30 years to Laurie Harris, who would say that at first she confused him with John Mellencamp. The Moneys had five children, Zachary, Jessica, Joseph, Desmond, and Julian.

A born troublemaker, he was thrown out of one high school for forging his report card. He later moved to Berkeley, California, changed his name to “Money” and had enough success in the Bay Area clubs, even performing for a time with Janis Joplin’s former backing group, to attract the attention of famed rock promoter Bill Graham. Money was signed by Columbia Records and by the end of the decade was a big enough act to open for the Rolling Stones, although the job didn’t last as long as expected.

“I had a hit with ‘Two Tickets’ and everybody loved me; I was getting too many encores,” Money told hippopress.com. “We were supposed to have six dates (with the Stones), and we only worked four. The way I see it is this —  if you’re gonna get fired from a Rolling Stones tour, get fired for being too good.”