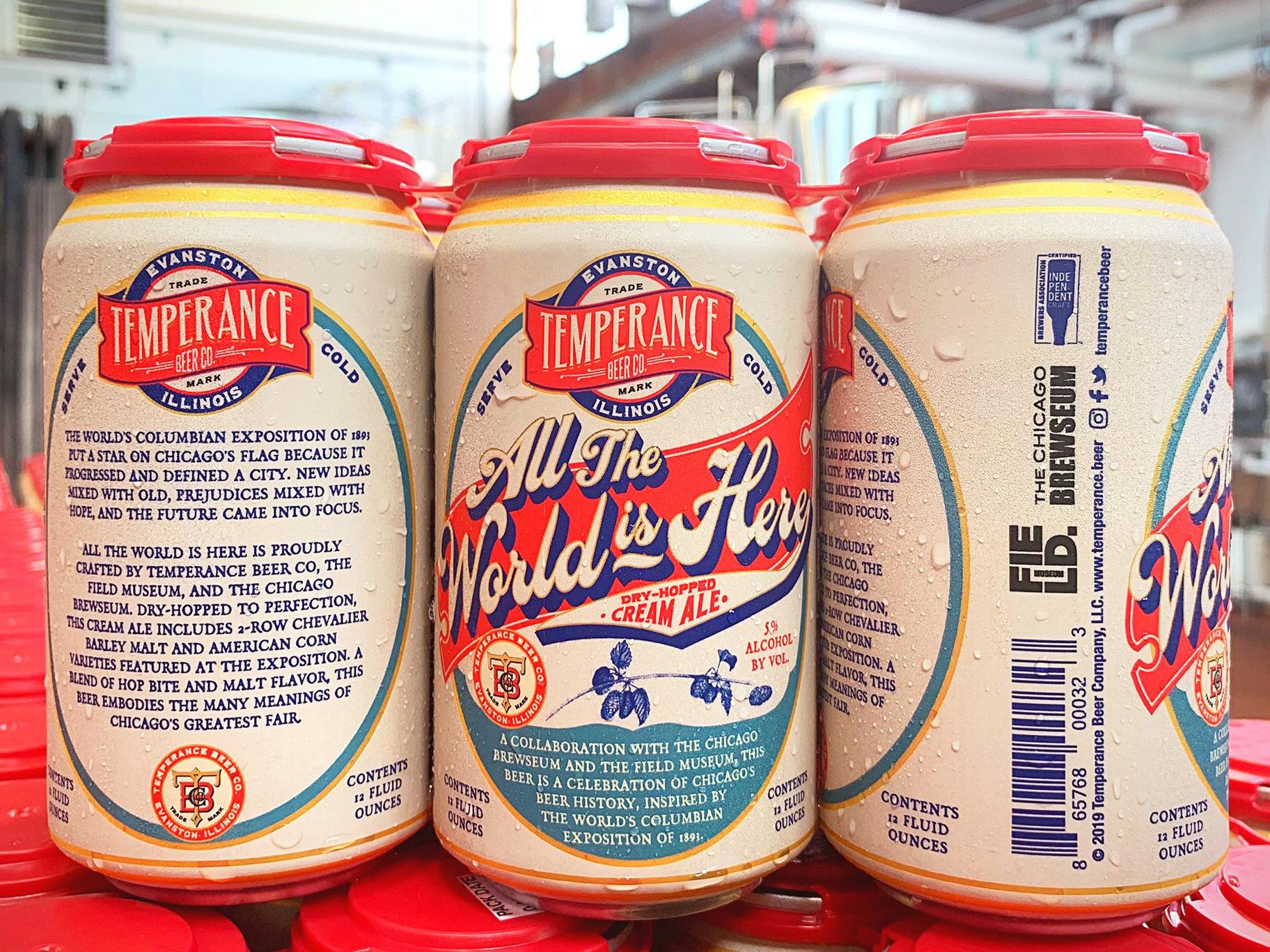 A new beer created by the Field Museum and Evanston-based Temperance Beer Company pays tribute to a defining moment in Chicago’s history: the 1893 World’s Fair.

The dry-hopped cream ale, called All the World is Here, is inspired by the event that brought more than 27 million visitors from 46 countries to Chicago and helped cement its status as a world-class city.

The new brew is made from the same types of European two-row Chevalier barley and American corn found in the Field’s original collections from 1893. Don’t worry: Temperance used fresh versions of those ingredients – not the ones actually stored at the museum.

The Field, by the way, was born out of the 1893 World’s Fair, which lasted for six months but left Chicago with a collection of new architecture and artifacts from all over the globe.

“The hop bite and malt flavor is a representation of the Fair that created our museum and our culture,” said Megan Williams, the Field’s director of business enterprises, in a statement.

Traces of the historic event are apparent in the new beer. In addition to the barley and corn used to brew it, the beer is named after one of the mottos of the World’s Fair, “All the World is Here.” As a cream ale, this light, dry brew also represents a style of beer that was developed by American brewers in the 1800s.

“The World’s Columbian Exposition of 1893 put a star on Chicago’s flag because it progressed and defined a city,” reads a description on each can of All the World is Here. “New ideas mixed with old, prejudices mixed with hope, and the future came into focus.”

The new beer is available at the Field’s restaurants, Temperance’s Evanston brewery and select Chicago-area stores.

Last year, the Field released a gin made with 14 botanicals that were introduced at the 1893 World’s Fair as part of the museum’s 125th anniversary celebration.

Also involved in developing All the World is Here was the nonprofit Chicago Brewseum, which teamed up with the Field Museum for an ongoing exhibit that toasts Chicago’s rich beer history. The organization plans to open a museum, brewery and taproom in 2021.