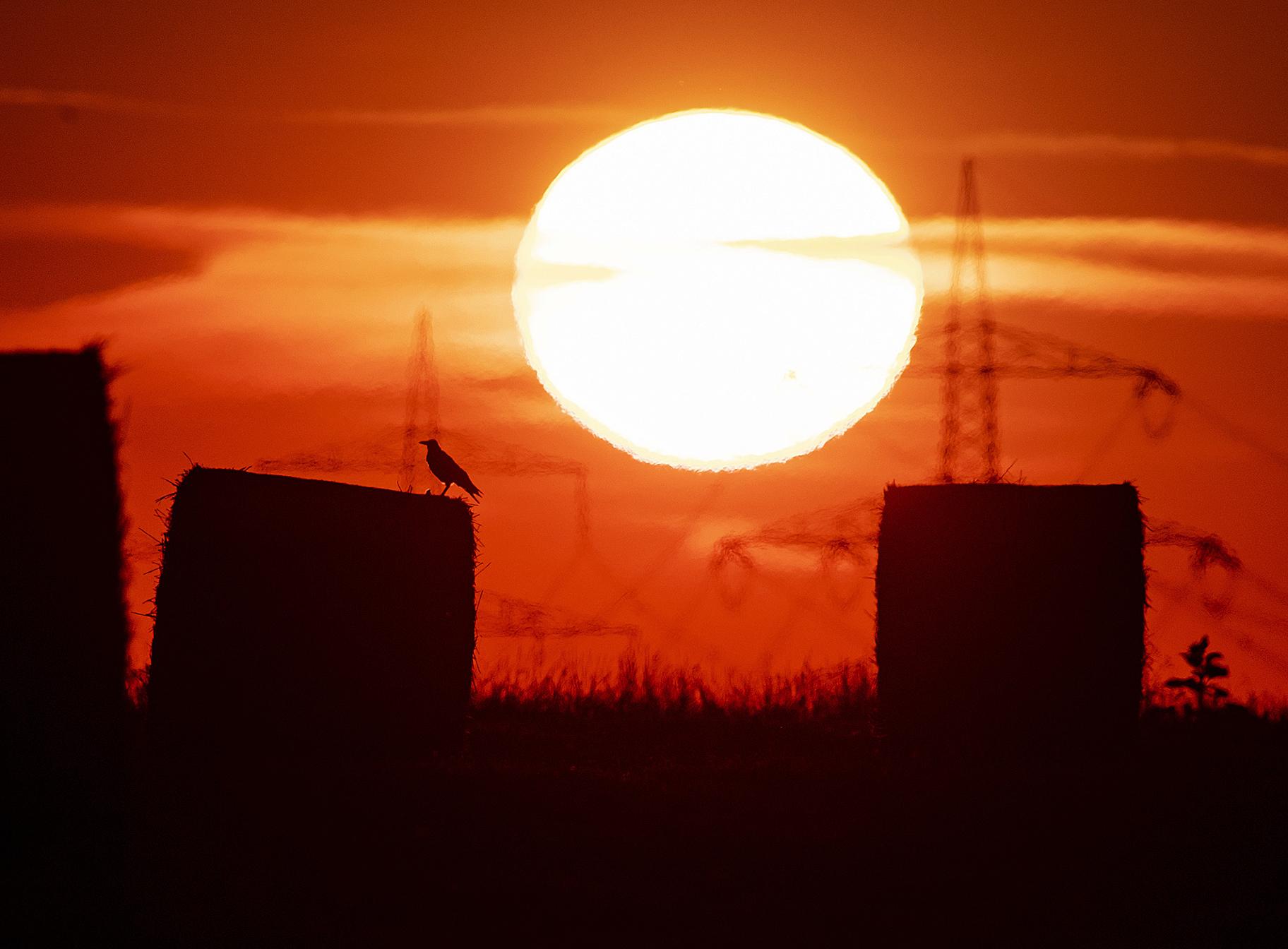 In this file photo dated Thursday, July 25, 2019, a bird sits on a straw bale on a field in Frankfurt, Germany, as the sun rises during an ongoing heatwave in Europe. (AP Photo / Michael Probst, FILE)

BERLIN (AP) — July was the hottest month measured on Earth since records began in 1880, the latest in a long line of peaks that scientists say backs up predictions for man-made climate change.

The U.S. National Oceanic and Atmospheric Administration said Thursday that July was 0.95 degrees Celsius (1.71 degrees Fahrenheit) warmer than the 20th century average of 15.8 C (60.4 F) for the month.

Because July is generally the warmest month on the calendar, meteorologists say this means it also set a new all-time monthly record for the past 140 years.

The results had been expected after several European countries including France, Belgium and Germany reported that July smashed previous national temperature records. The Swedish hamlet of Markusvinsa recorded a sizzling 34.8 C (94.6 F), the highest temperature measured north of the Arctic Circle.

According to NOAA's records, 9 of the 10 hottest Julys on record have occurred since 2005 and last month was the 43rd consecutive July above the 20th century average.

The record temperatures notched up in July were accompanied with other major landmarks. Average Arctic sea ice, for example, was almost 20% below average in July, less even than the previous historic low of July 2012.

The July peaks came hot on the heels of a sizzling June, which ended up being the hottest June recorded over the past 140 years.