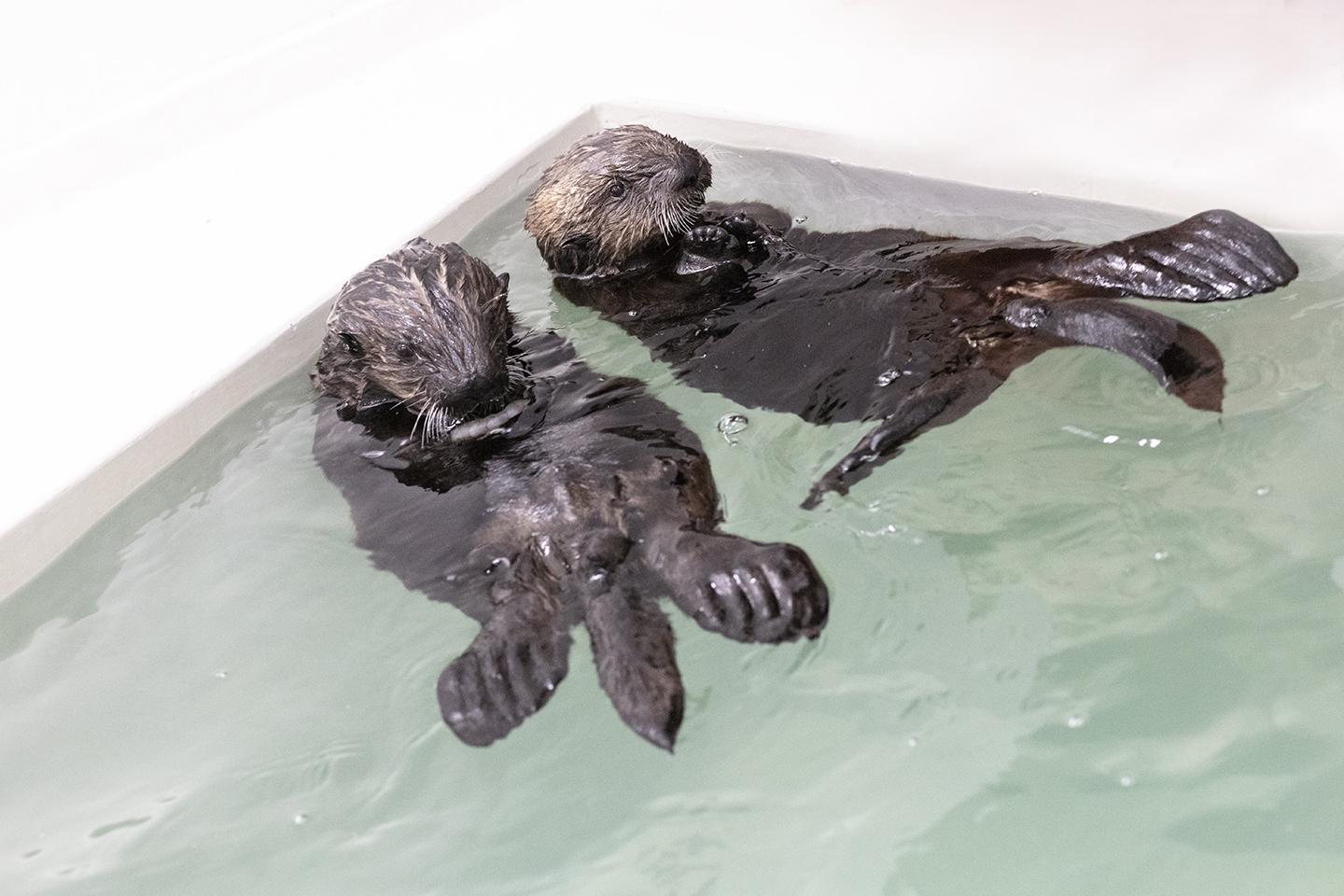 No makeup was necessary for a pair of fuzzy sea otter pups that Shedd Aquarium showed off for TV cameras and other media Thursday.

Pups 870 and 872, as they are being temporarily called, flapped around in a small pool behind the scenes at the aquarium as media members watched through a square glass. The pups wrestled playfully with each other on the pool’s ledge before returning to the water, where they dived after toys resting on the floor. They even performed the occasional somersault, dipping head-first into the water and spinning in a full circle until their heads popped back up above the surface.

“They get cuter every day,” said Tracy Deakins, a senior trainer of otters and penguins at Shedd.

The two male pups have been at Shedd since July 8, about two months after they were found stranded at two separate locations off the California coast. The otters, which were just 2 to 3 weeks old at the time, were initially taken in by Monterey Bay Aquarium and then transferred to Shedd after the U.S. Fish and Wildlife Service deemed them as non-releasable, meaning they would struggle to survive in the wild. 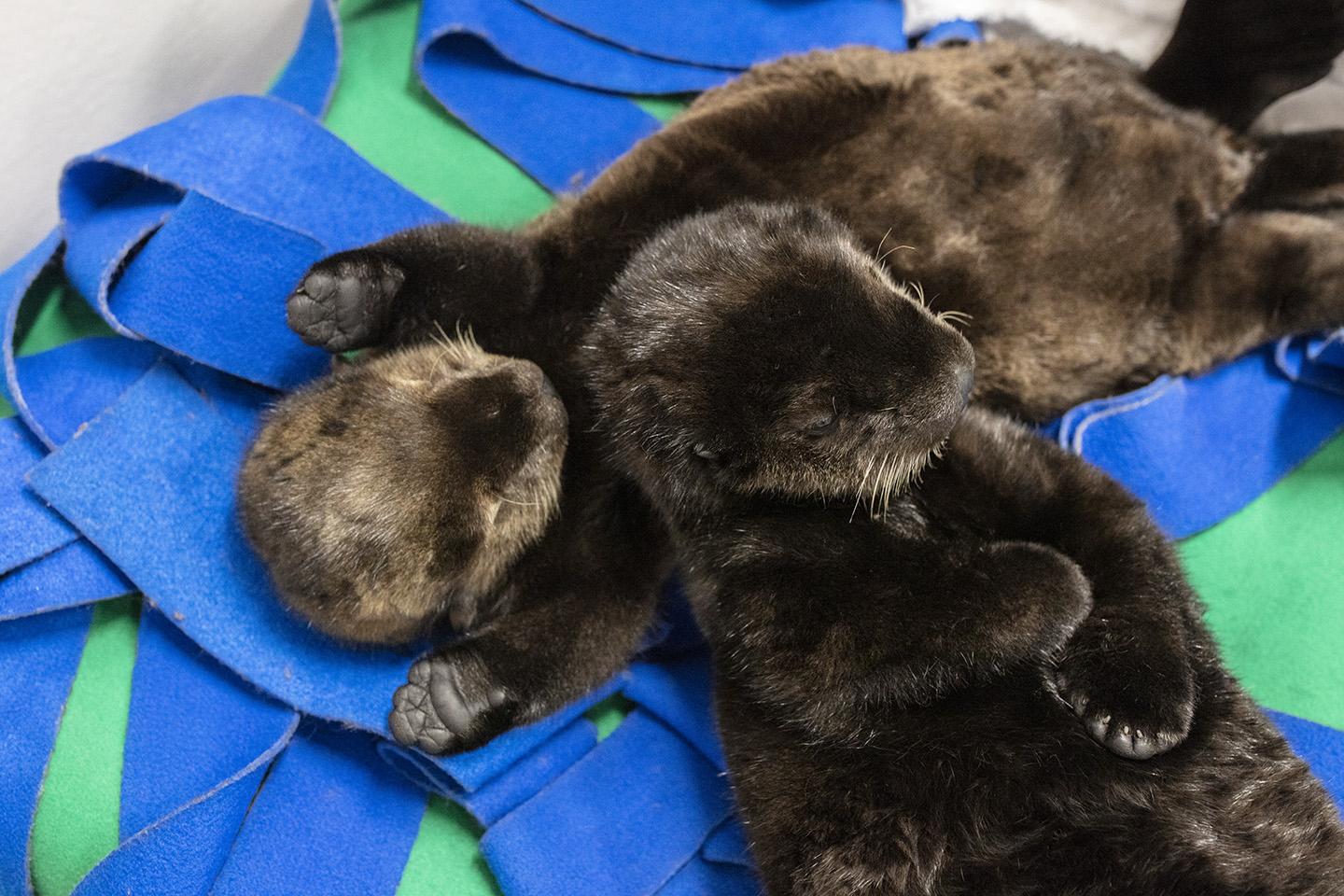 Deakins flew to California when the pups were about 8 weeks old as preparation for bringing them to Chicago. Because the pups are not related, they were introduced to each other slowly. During their first meeting, they spent the entire hour screaming at each other and wrestling, Deakins said.

But they’ve grown closer since, despite having noticeably different personalities. Deakins described pup 870 as more independent and “spunky.” Pup 872, meanwhile, is calmer and will climb into Deakins’ lap while she grooms his thick coat of caramel brown fur.

“They’re super bonded,” Deakins said of the pups. “They still wrestle around. We see them grooming each other. And they sleep together most of the time as well.”

Shedd had been providing 24-hour care for the pups, but they’ve progressed to a point where they can mostly be left alone at night, Deakins said. 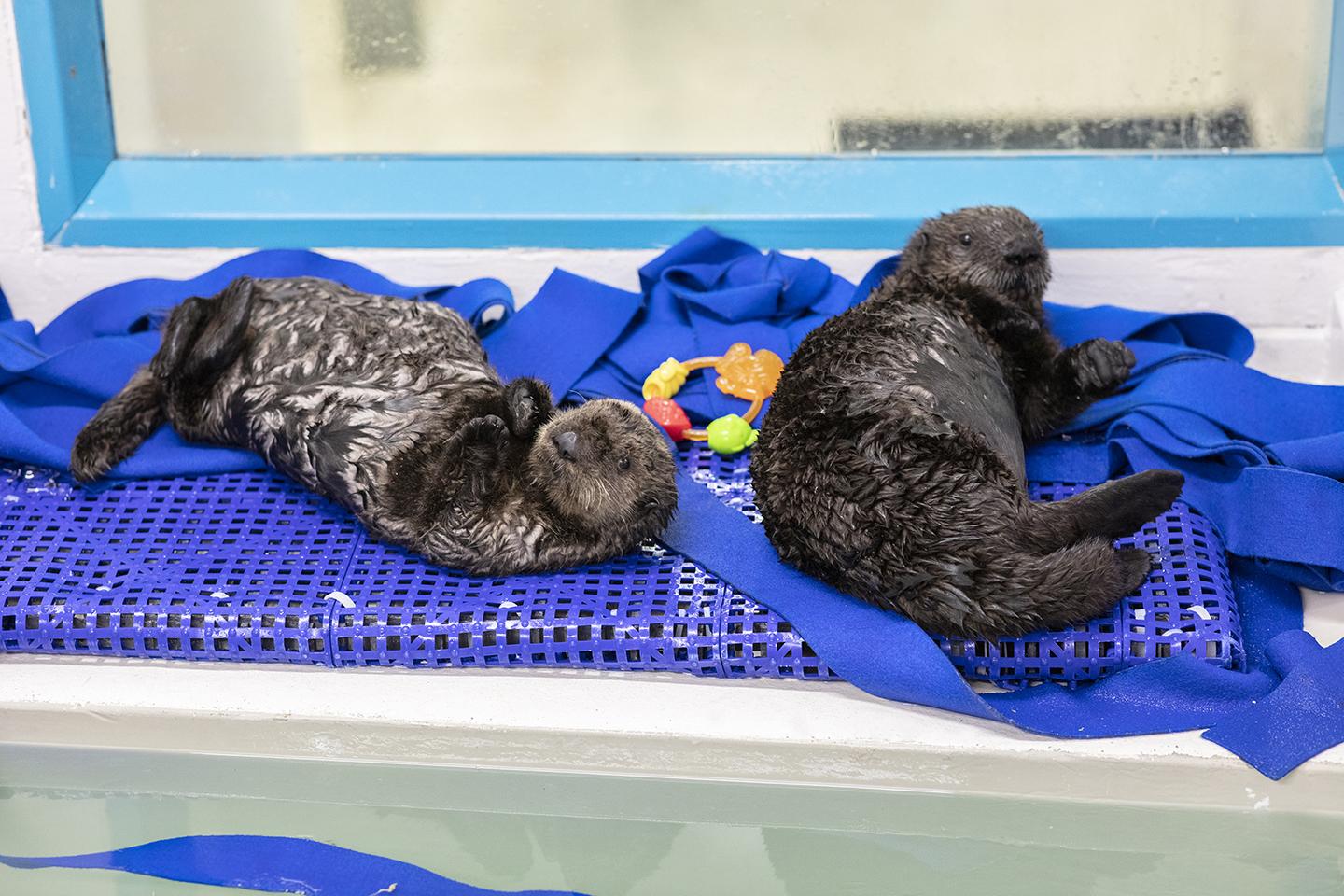 The pups play with plastic toys and can often be found wrestling playfully with each other. (Brenna Hernandez / Shedd Aquarium)

The otters have been hitting key milestones in their development, including putting on weight. As of Thursday, pup 870 weighed nearly 24 pounds, and pup 872 checked in at more than 18 pounds. The pups are fed six times daily and eat 30-35% of their body weight every day, Deakins said.

Shedd is one of only a dozen or so aquariums equipped to take in rescued sea otter pups, in part because of their diverse diet, which can get quite expensive. Sea otters receive the same fish as the aquarium’s whales and dolphins, but they also get regular servings of shrimp, squid, mussels, clam and pollock.

In fact, it costs more to feed Shedd’s adult male sea otter, Yaku, than it does to feed its largest beluga whale, Deakins said. 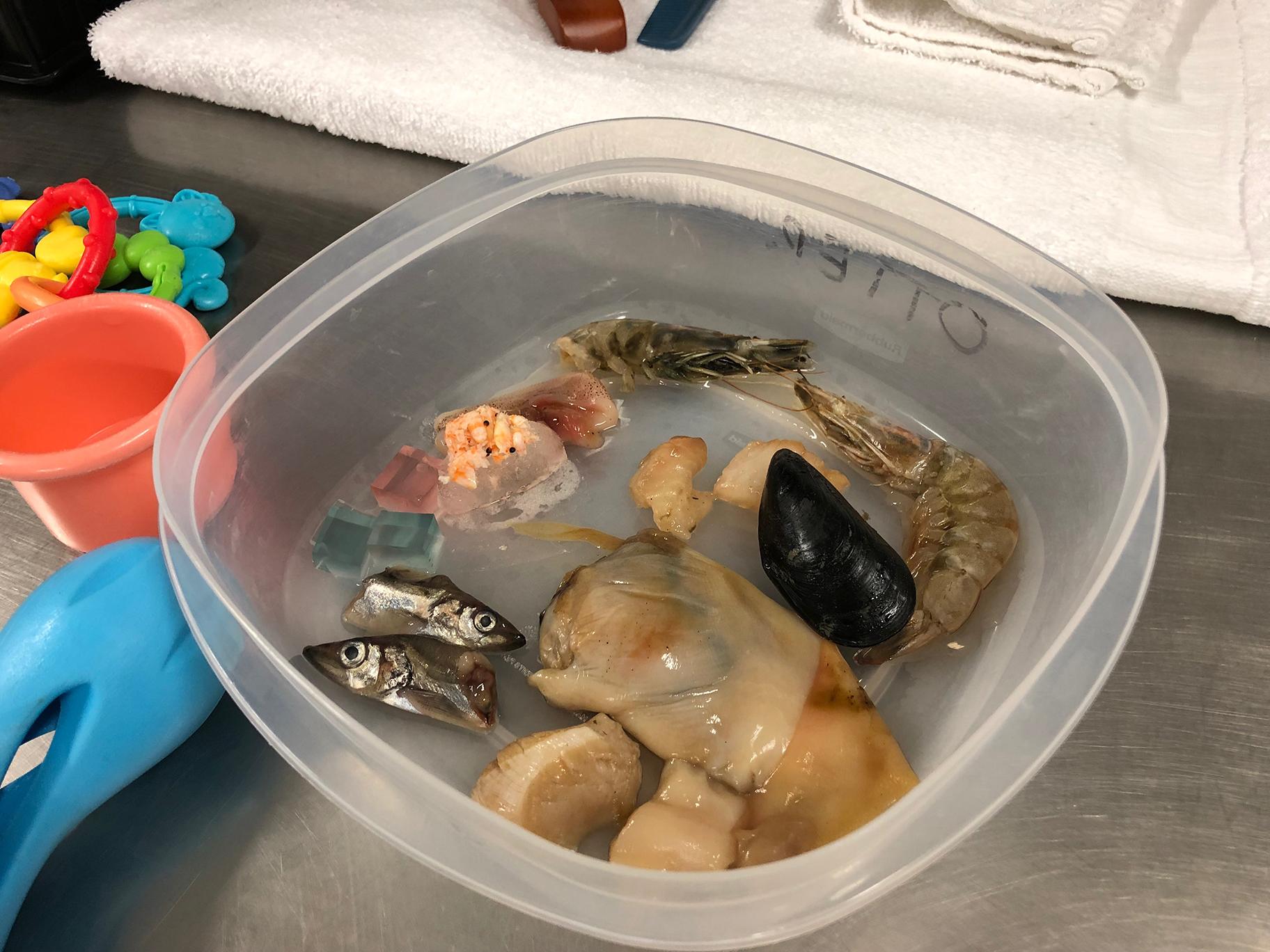 The pups have not been formally introduced to Shedd’s four other sea otters, but they have started playing with the other otters through holes in a glass wall separating the two groups.

“They’re still only about half the weight of the adults,” Deakins said, noting that sea otters can grow up to 70 pounds. “So since they wrestle around, we want to make sure they are really comfortable and can handle that level of play.”

The pups will remain behind the scenes for now as they continue to develop, but the public will be able to see them within a month or two, Deakins said.