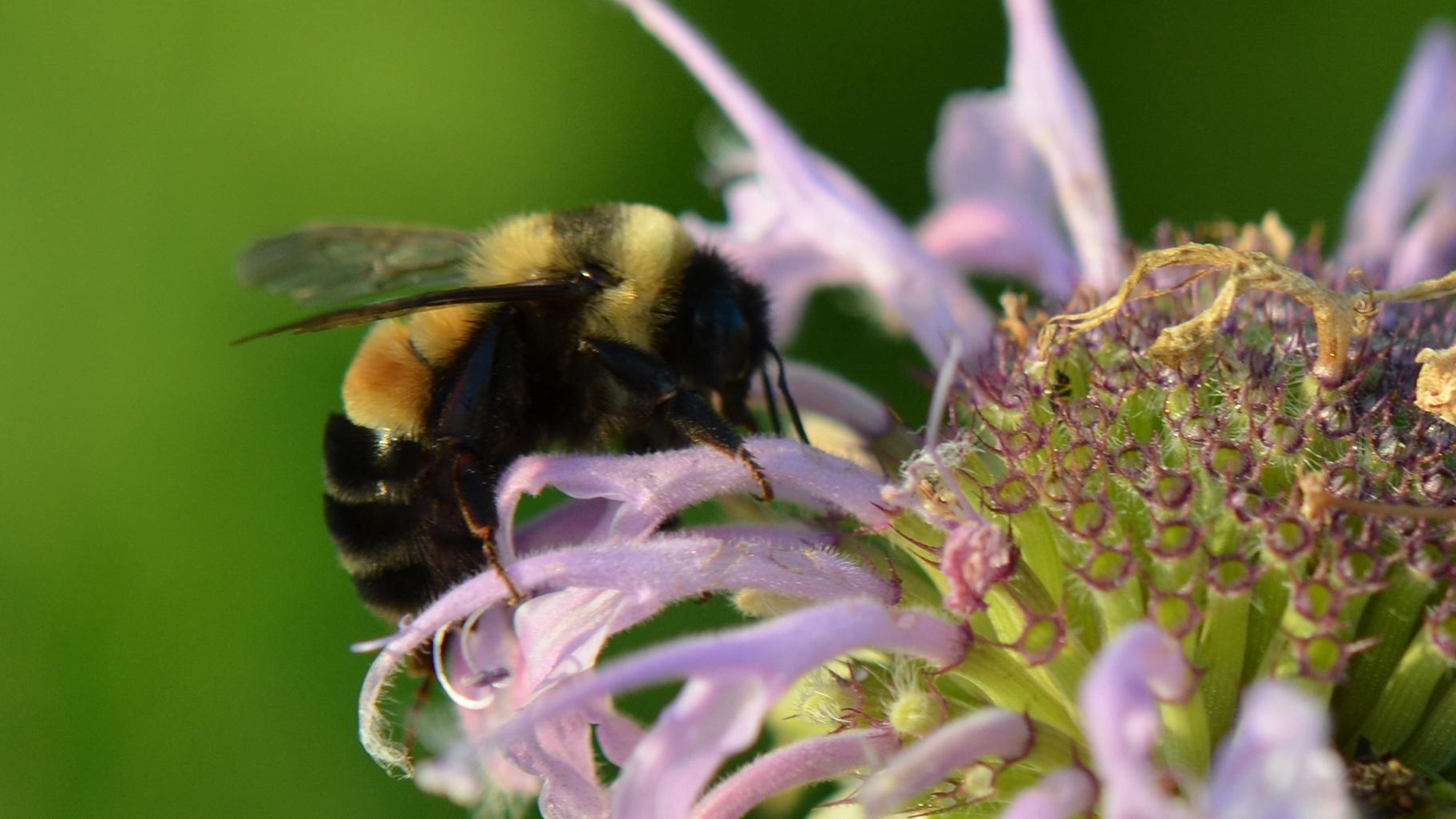 It’s been a rough few decades for the rusty patched bumblebee.

Once abundant across the eastern U.S., Midwest and Canada, the species fell into a sharp decline in the mid-to-late 1990s. Since then, the bee’s population has decreased by 87%, a rapid drop-off attributed to habitat loss, pesticide use, invasive species and other factors.

In 2016, the U.S. Fish and Wildlife Service concluded that without protection under the Endangered Species Act, the rusty patched bumblebee would likely go extinct within 30 years. The following year, it became the first bee species in the continential U.S. to be listed as endangered.

Despite those recent troubles, there is some good news for the bees in Illinois, one of 13 states where the species can still be found.

A recently completed survey of bees at a U.S. Forest Service site near Joliet reported multiple sightings of the rusty patched bumblebee, the first known record of it in Will County. It is possible that the bee was present in the county before the species began to decline several decades ago. At that time, bumblebee monitoring was limited to just a few researchers, meaning that “no one was aware of the [species’] rapid decline until it was well underway,” according to the U.S. Fish and Wildlife Service.

The sightings were recorded during a bee survey at Midewin National Tallgrass Prairie, an 18,000-acre prairie reserve located north of Wilmington, about 11 miles from Joliet and an hourlong drive from Chicago. Officials from the U.S. Forest Service, Olivet Nazarene University and other groups have been working for several years to restore a native tallgrass prairie ecosystem at Midewin. 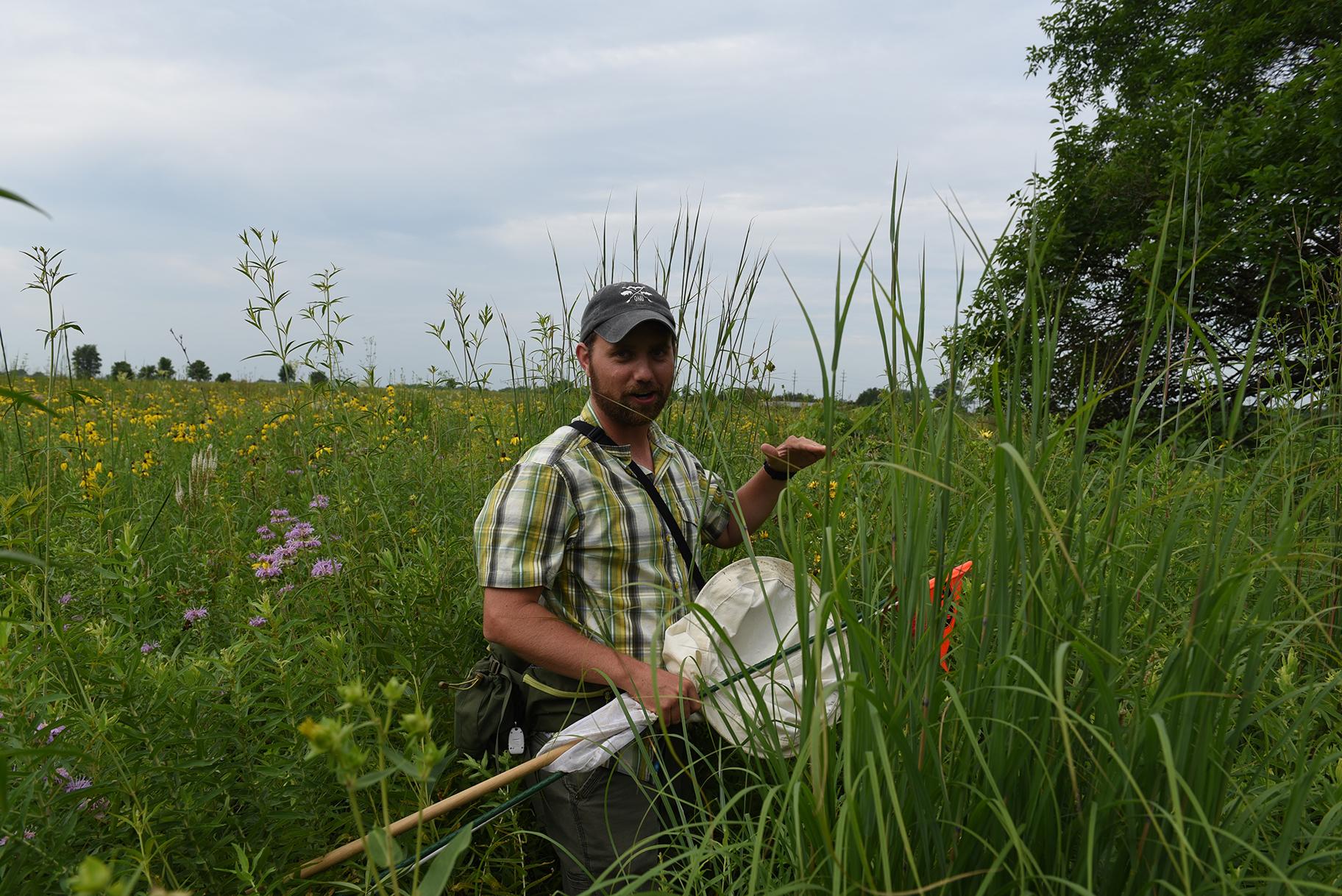 The Will County sightings follow another sign of the species even closer to home. The Chicago Botanic Garden reported earlier this summer that one of its researchers had spotted one of the bees near the Metra station in Rogers Park, a finding that scientists hope will provide clues about how to sustain the bee’s population in and around the city.

Even as local sightings increase, though, the species’ comeback has a long way to go.

According to the USFWS, the bees are now found in just 13% of the North American areas they inhabited prior to the 1990s. Since 2000, when the species was starting to decline, researchers have found the bees in just 55 counties across 13 states. Previously, they were found in nearly 400 counties spanning 28 states.

The species is also facing a political battle.

President Donald Trump’s Department of the Interior has sought to delay implementation of the species’ protected status, prompting multiple lawsuits from the Natural Resources Defense Council, an environmental and conservation advocacy group.

Although the rusty patched bumblebee has been officially designated as endangered, the Trump administration continues to stall on designating “critical habitat” that will aid recovery of the species, as required by the Endangered Species Act.

The economic impact of rusty patched bumblebees and other native insects – mostly bees – is estimated at $3 billion per year in the U.S.

Interested in supporting the species and other bumblebees? Check out “Bumble Bee Watch,” a citizen science project organized by a number of public and private institutions that asks participants to upload photos of bumblebees to help researchers working to save various species, including the rusty patched bumblebee.