A hot and sunny weekend in Chicago left at least seven people dead. They were victims of gun violence with a different set of circumstances than those behind mass shootings at a Walmart store in Texas and an Ohio nightclub, but which ended with the same heartbreaking result.

“Our sincere condolences to those who suffered from the senseless gun violence that gripped the nation over this past weekend,” Chicago Police Superintendent Eddie Johnson said Monday. “From El Paso, Texas, to Dayton Ohio, and once again here on the West Side of Chicago. And I couldn’t help to ask myself: What more will it take before we finally get a handle on the gun violence? Clearly, clearly too many people are being shot and killed in communities all across America. We certainly have the power, the ability and the resources but again I sometimes have to question as a nation if we have the will do it.”

Johnson said the Chicago Police Department will continue to do its part to roll back the “proliferation” of guns in the city, but reiterated that officers’ efforts are stymied by a judicial system that puts gun offenders back on the streets too soon after they’re arrested.

As if to buttress his point, CPD on Monday unveiled a portal that shows information about every adult arrested on felony weapons charges since May.

“In the given period, there have been 1,105 firearm related felony arrests that include a felony charge. Of these arrests, 1,1095 have posed bond out of Cook County, 299 have previous felony weapon arrests and 41 have been rearrested,” a bolded section of the Gun Offender dashboard reads.

Johnson laid out a scenario in which someone involved in criminal activity regularly leaves his home with a gun, knowing there’s a potential of being caught by police for illegally possessing it.

“You get caught by the police with this illegal weapon, you’re going to have to come up with $10,000 or, you know, more than likely you’re going to have to come up with $100. Which one of those things would make you more or less (likely) to carry a gun? It’s just common sense to me. If I only have to pay $100 every time I get caught with an illegal handgun in the city? Shh. I can come up with $100 time and time again,” he said. “I just think that we have to create a culture of accountability in the city. We have to let people know that continuously going to pick up illegal weapons and use them we have to let them know there’s go to be some accountability. And right now I don’t think we have that. Because we keep seeing the same people.”

Chicago judges since the fall of 2017 have made a concerted effort to reduce reliance on money-based bond, which critics say unfairly keeps people who have not yet faced trial behind bars solely because they lack the means to pay.

Sharlyn Grace, director of the Chicago Community Bond Fund, says court data shows that less than 1% of those arrested on felony charges are rearrested, and that violence in the city has gone down since the move away from money-based bond.

“When the police use terms like ‘accountability’ and ‘deterrence’ in relationship to bond decisions, they’re jumping the gun and they’re essentially seeking a sentence before conviction,” Grace said. “The superintendent’s comments sort of boil down to a desire to punish people while they’re still presumed innocent.” 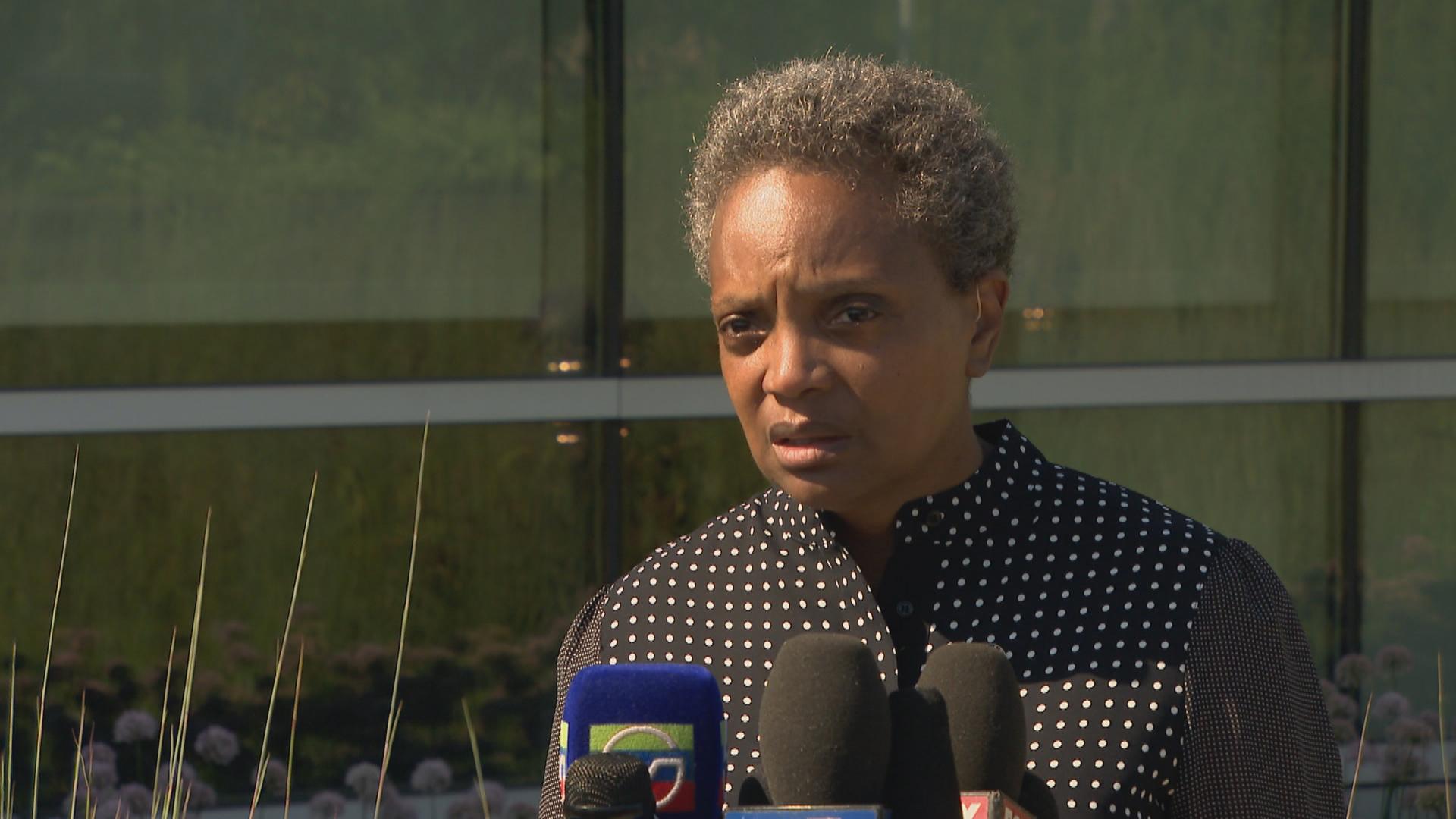 “We have to stand up and do a hell of a lot more than we’ve done in a very long time,” Chicago Mayor Lori Lightfoot said Monday, Aug. 5, 2019, following a violent weekend in Chicago and mass shootings that left more than 30 people dead in El Paso, Texas, and Dayton, Ohio.

“What he’s been doing is blowing every racist, xenophobic dog whistle. And when you do that, when you blow that kind of dog whistle, animals come out,” she said.

During televised remarks on Monday, Trump denounced racism and bigotry and called for gun control such as laws that would flag those with mental illness that could portend harm – and thus should not be permitted to buy guns.