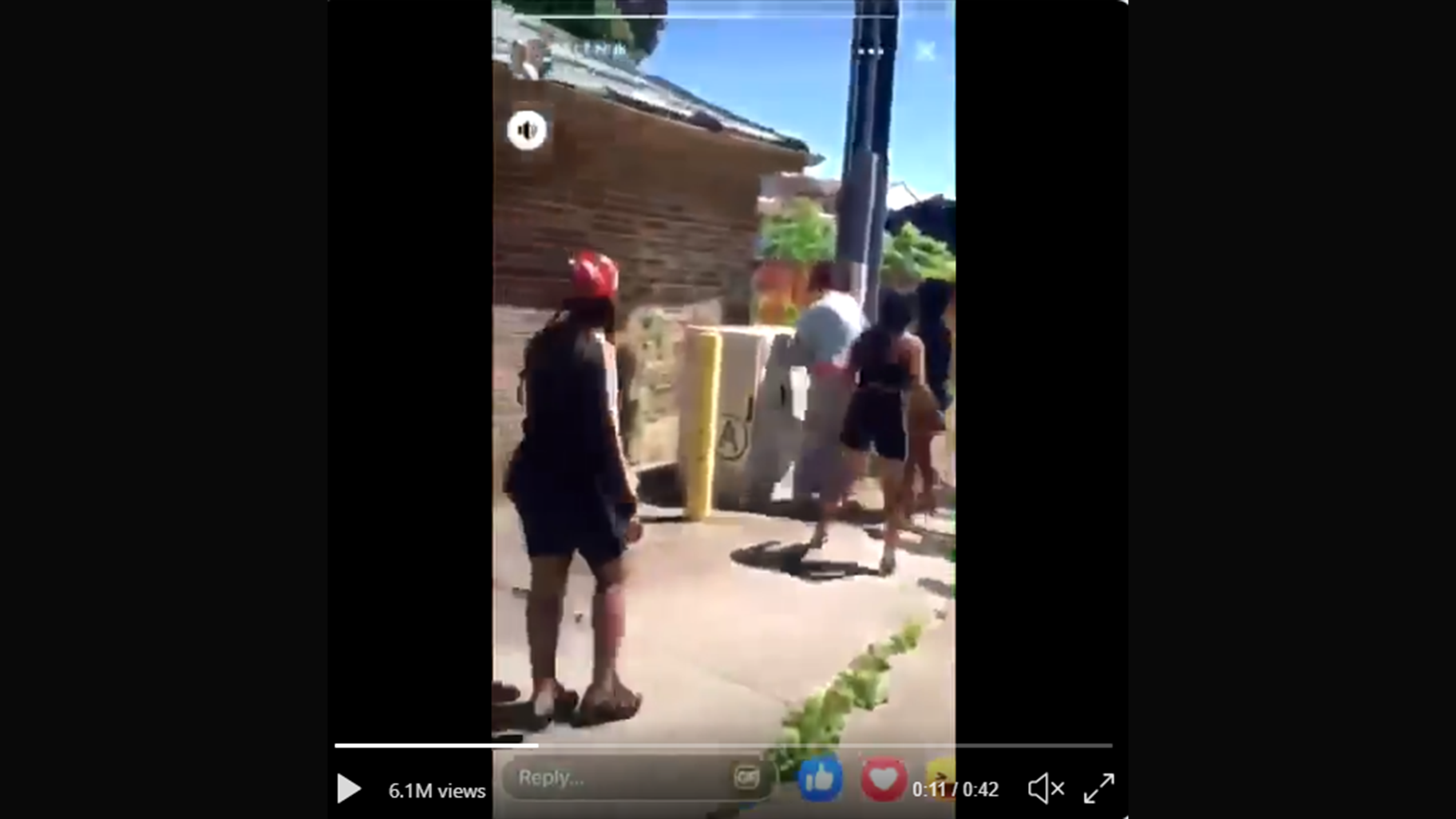 A still image from a video shows multiple girls attacking a 15-year-old girl in a South Side alley. (Twitter)

Chicago police have arrested three teens in connection with the beating of a special needs girl on the South Side, calling the attack “disgusting” and “disturbing.”

A trio of girls aged 13, 14 and 15 were taken into custody and charged with felony counts of aggravated battery and mob action, days after a cellphone video of the incident was uploaded online and went viral.

“The hate that we all saw is an affront to who we all are as Chicagoans,” CPD Superintendent Eddie Johnson said during a press conference Thursday, adding that the actions depicted in the video are “difficult to watch, to say the least.”

The three defendants appeared in juvenile court Thursday morning, according to police. The 15-year-old victim was taken to the hospital after the attack, where she was treated and released.

The 42-second video, which has been viewed more than 6 million times in recent days, appears to show the victim walking through an alley with a group of people. One girl then winds up and hits the victim from behind. Two other girls join in as the victim turns her back to them to try and protect herself.

Multiple girls then jump at the victim and begin pummeling her as she screams and falls to the ground before the video ends.

“These are the type of cases that really keep you up at night,” said Lt. Ozzie Valdez, who led the investigation. He said others involved has also been taken into custody while the investigation continues.

The video was put online Tuesday, a day after the attack took place.

CPD spokesman Anthony Guglielmi on Tuesday called the video “beyond disturbing” and indicated it had been forwarded to his department’s Special Victims Unit.

Johnson said the victim seemingly regarded the offenders as friends before the attack, noting they were showing her how to flash gang signs before the incident.

“It broke my heart to see this group of young people turn on her,” he said, “and escalate it into what we saw, a physical assault.”

Officer Jose Jara previously told reporters Wednesday the victim had been missing for five days before her disappearance was reported to police. She was found this week by her father and a “concerned citizen,” Jara said. But she had already been the victim of “some sick and disgusting crimes.”

Beyond the assault, Jara said the victim also indicated she may have also been the victim of a sexual abuse.

Johnson did not elaborate on that claim Thursday, but said he hopes the video can be used as a teaching moment both for those involved and others.

“Hate, bullying and bigotry are cancers of our society that do nothing but break and divide us,” he said. “And I for one will do everything I can to keep these behaviors out of our city.”