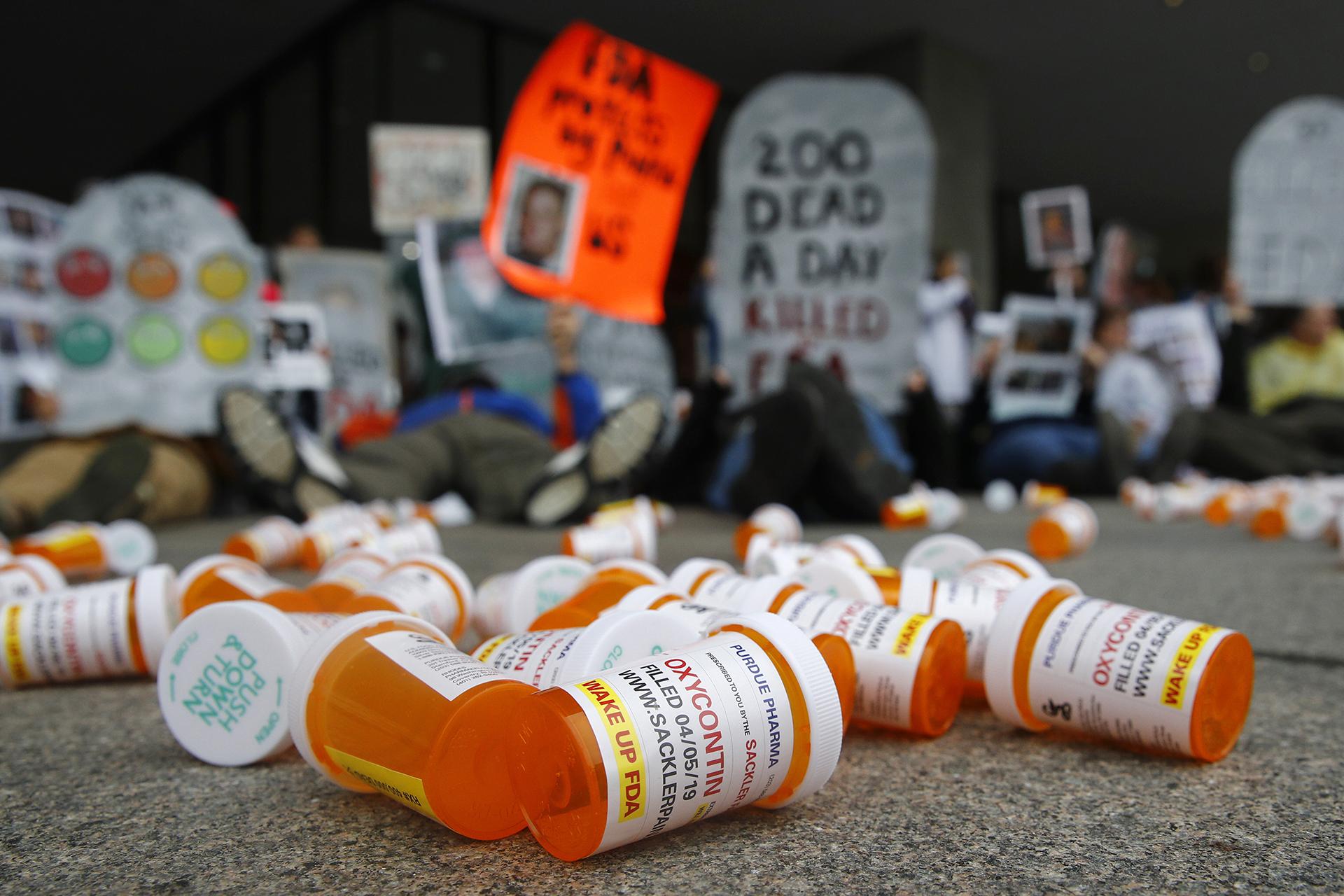 The Centers for Disease Control and Prevention on Wednesday posted data showing nearly 68,000 drug overdose deaths were reported last year. The number may go up as more investigations are completed, but the agency expects the tally will end up below 69,000.

The numbers were celebrated by the U.S. secretary of health and human services. “Lives are being saved, and we’re beginning to win the fight against this crisis,” Alex Azar wrote in a tweet.

But the overdose death rate is still about seven times higher than it was a generation ago.

“We’re still in a pretty sad situation that we need to address,” said Rebecca Haffajee, a University of Michigan researcher.

Researchers do not believe this is the start of a dramatic decline. Data from the first months of this year likely will show that the decrease is not gaining steam, said Farida Ahmad of the CDC’s National Center for Health Statistics.

The improvement was driven by a drop in deaths from heroin and prescription painkillers. Those falls were offset somewhat by continuing growth in deaths involving a different opioid, fentanyl, as well as other drugs such cocaine and methamphetamines. Overdose deaths often involve more than one drug.

The improvement is not uniform: Some states seem to be making dramatic progress, while deaths continue to rise in others. The preliminary CDC data suggested deaths last year were down by as many as 1,000 or more in Ohio and Pennsylvania — each seeing declines of about 20%. Meanwhile, deaths increased by about 17% in Missouri, which had more than 200 additional deaths. 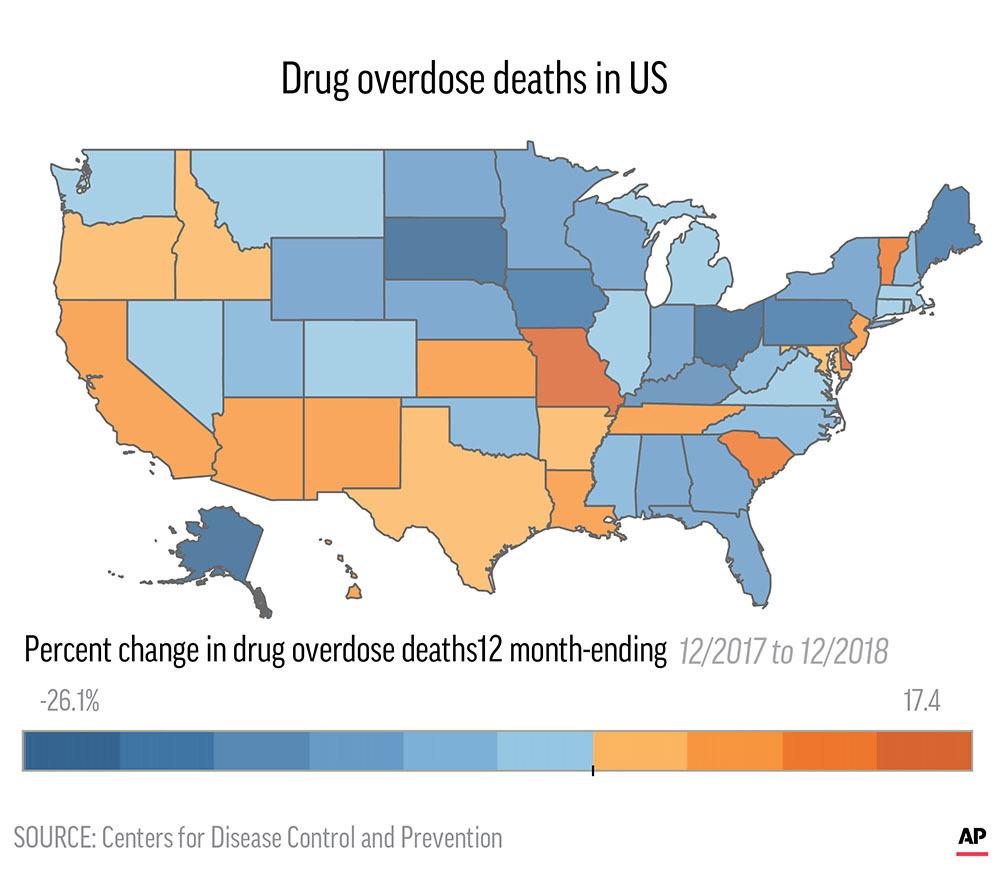 It can take months for authorities to complete toxicology tests and other elements of a death investigation involving drugs. And some states report faster than others. The CDC is expected to report more complete data later this year.

The current overdose epidemic has killed more people than any other in U.S. history, and it had been on a soaring trajectory. From 2014 to 2017, overdose deaths jumped by 5,000 or more each year.

Experts trace the epidemic’s origins to 1995 and the marketing of the prescription painkiller OxyContin. It was meant be safer and more effective than other prescription opioids, but some patients got hooked and found they could crush the tablets and snort or inject them to get high.

Gradually, many turned to cheaper street drugs such as heroin and fentanyl. In 2015, heroin began causing more deaths than prescription painkillers or other drugs. In 2016, fentanyl and its close cousins became the biggest drug killer, and in 2018 they were involved in about 46% of the reported overdose deaths, according to the preliminary CDC data.

Haffajee and other researchers are trying to figure out what measures are most responsible for the slight improvement.

“It’s complicated because there are so many policies going on, and as an evaluator it’s very hard to separate them out and determine which is working,” she said.

Valerie Hardcastle, a Northern Kentucky University administrator who oversees research and other work on local health issues, has seen the overdose epidemic play out in her region, near Cincinnati. She believes a major factor is Narcan, a nasal spray version of naloxone, that has been widely distributed through the efforts of philanthropists and local, state, and federal officials.

“It’s fantastic that we have fewer deaths, don’t get me wrong,” she said. “But I’m not sure it’s an indication that the opioid problem per se is diminishing. It’s just that we have greater availability of the drugs that will keep us alive.”