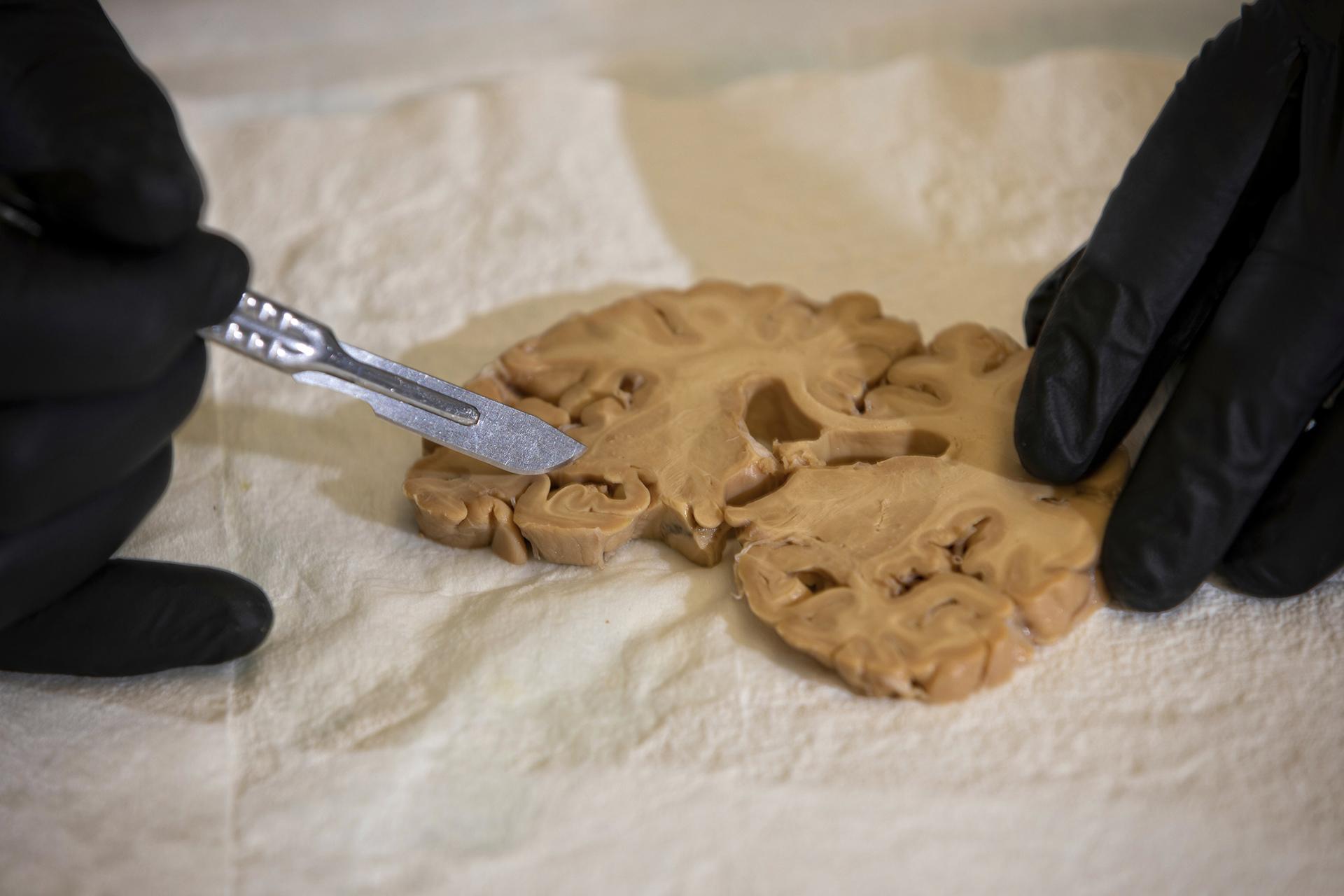 WASHINGTON (AP) — Some people told they have Alzheimer’s may instead have a newly identified mimic of the disease — and scientists say even though neither is yet curable, it’s critical to get better at telling different kinds of dementia apart.

Too often, the word dementia is used interchangeably with Alzheimer’s when there are multiple types of brain degeneration that can harm people’s memory and thinking skills.

“Not everything that looks like Alzheimer’s disease is Alzheimer’s disease,” said Dr. Julie Schneider, a neuropathologist at Rush University Medical Center in Chicago. And among all the known dementias, this newly identified kind “is the most striking mimic of Alzheimer’s,” she added.

It’s not clear how many people have this particular type, which an international team of scientists defined Tuesday in the journal “Brain.” But there could be a sizeable number, said Dr. Peter Nelson of the University of Kentucky, the paper’s lead author.

The dementia was dubbed “LATE,” an acronym chosen in part because the oldest seniors seem at greatest risk.

Here’s a look at various dementias in the confusing Alzheimer’s-or-not mix:

Alzheimer’s is the most common form of dementia, and autopsies have long found its telltale signs in the brain: sticky plaque from an abnormal buildup of amyloid protein, and tangles of another protein named tau. Only recently have scientists developed special, pricey scans that can measure that buildup in living brains.

Then studies with those scans found about a third of people with Alzheimer’s symptoms lack amyloid buildup — ruling out Alzheimer’s, said Schneider, senior author of Tuesday’s paper. What else could cause their dementia?

It turns out another protein, named TDP-43, also can run amok in the brain. Scientists knew it plays a role in a completely different disorder, Lou Gehrig’s disease. Then, they linked TDP-43 buildup to severe shrinking of the hippocampus, a brain region key for learning and memory.

Nelson said about a quarter of people over age 85 have enough abnormal TDP-43 to affect their memory or thinking abilities. For now, it takes an autopsy to spot — the symptoms seem like Alzheimer’s until a specialist can peer inside the brain.

“What is now clear is that a lot of dementia is caused by gloppy proteins. We used to think it was just two gloppy proteins, amyloid and tau,” Nelson said.

OTHER CULPRITS ALSO ARE OVERLOOKED

— Strokes, sometimes small “silent” ones, can trigger what's called vascular dementia, something scientists at the National Institutes of Health think might be prevented with better blood pressure control.

— Lewy body dementia, named for clumps of still another abnormal protein, can cause Alzheimer’s-like symptoms along with movement and other problems.

— Frontotemporal dementia often triggers changes in personality and tends to strike at a younger age than Alzheimer’s, yet can still be misdiagnosed.

“We must learn more about each contributing cause of dementia so we can understand how these changes begin and interact and co-occur, and how to best diagnose, treat and prevent them,” she said.

WHY IS IT IMPORTANT TO TELL ONE DEMENTIA FROM ANOTHER?

Current treatments for Alzheimer’s and other dementias temporarily ease symptoms. But there are other reasons for a precise diagnosis. A list of medications common for seniors can harm people with Lewy body dementia, for example. Knowing the specifics also can help people plan care, as some types of dementia worsen faster than others.

And it’s critical for developing better dementia treatments. Testing a treatment that targets, say, the tau tangles or amyloid plaques of Alzheimer’s won’t stand a chance if patients who only have TDP-43 are allowed into the study.

“If you have a dementia percolating in your brain, the only hope we have right now is to participate in a clinical trial to try to stop it,” Nelson said.