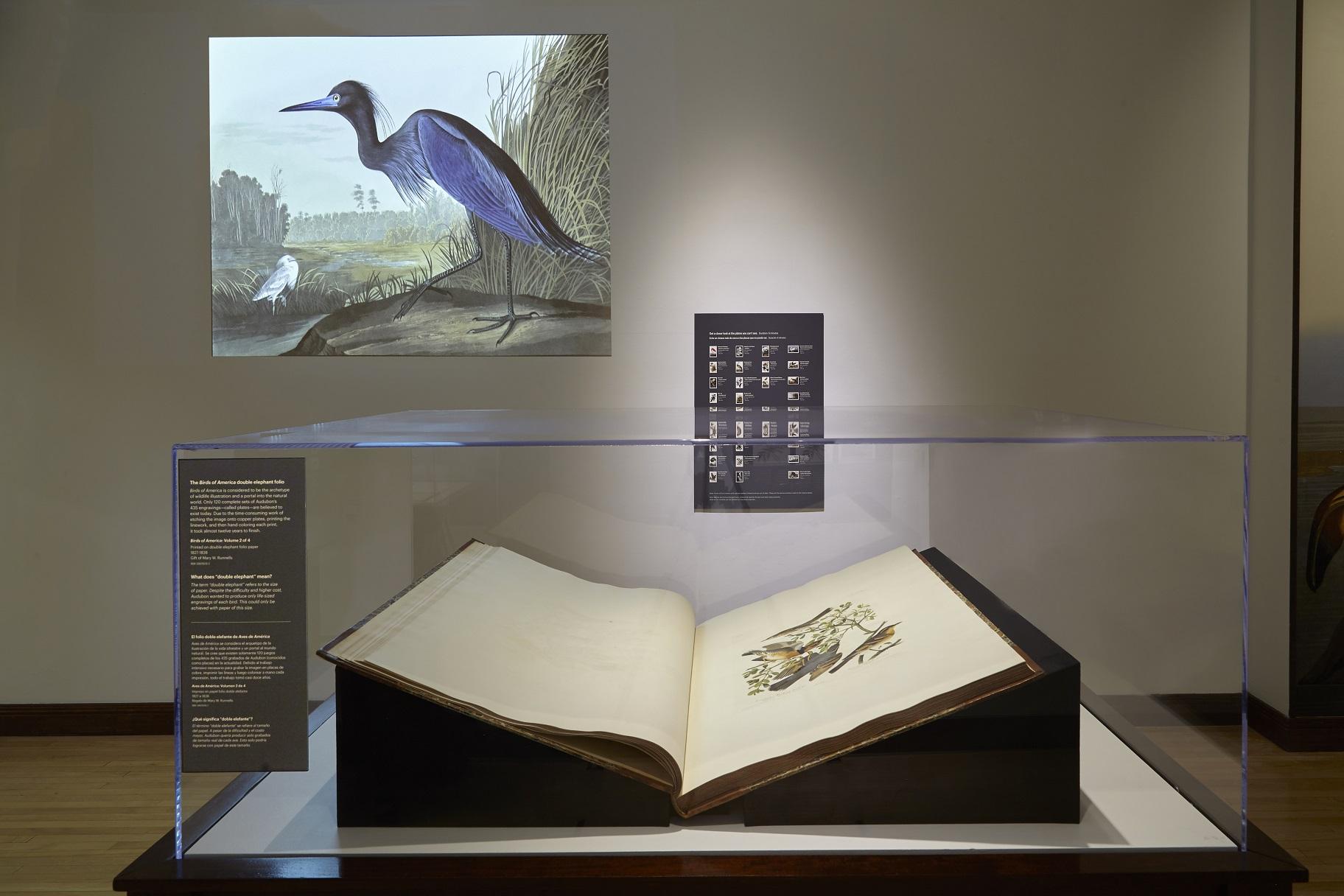 The groundbreaking book “Birds of America” is now on display at the Field Museum.

The book was published between 1827 and 1838 by John James Audubon, a painter and ornithologist who in 1826 set out to illustrate every bird in North America. Audubon discovered more than 100 bird species during his 12-year mission and even drew some species that have since gone extinct, such as whooping cranes and passenger pigeons.

Audubon’s book features intricate and detailed life-size watercolor paintings of nearly every bird on the continent, and is recognized for its permanent influence on the art of wildlife illustration.

“At a time when photography was still at its infancy and not accessible for most, scientific journals heavily relied on paintings and drawings to illustrate animals,” said Diana Duncan, the Field Museum’s technical services librarian, in a statement. “Birds were not seen as art subjects, so Audubon’s unique and beautiful, life-size renderings were impactful not only in the scientific community for capturing the birds at their most natural but also in the art world.” 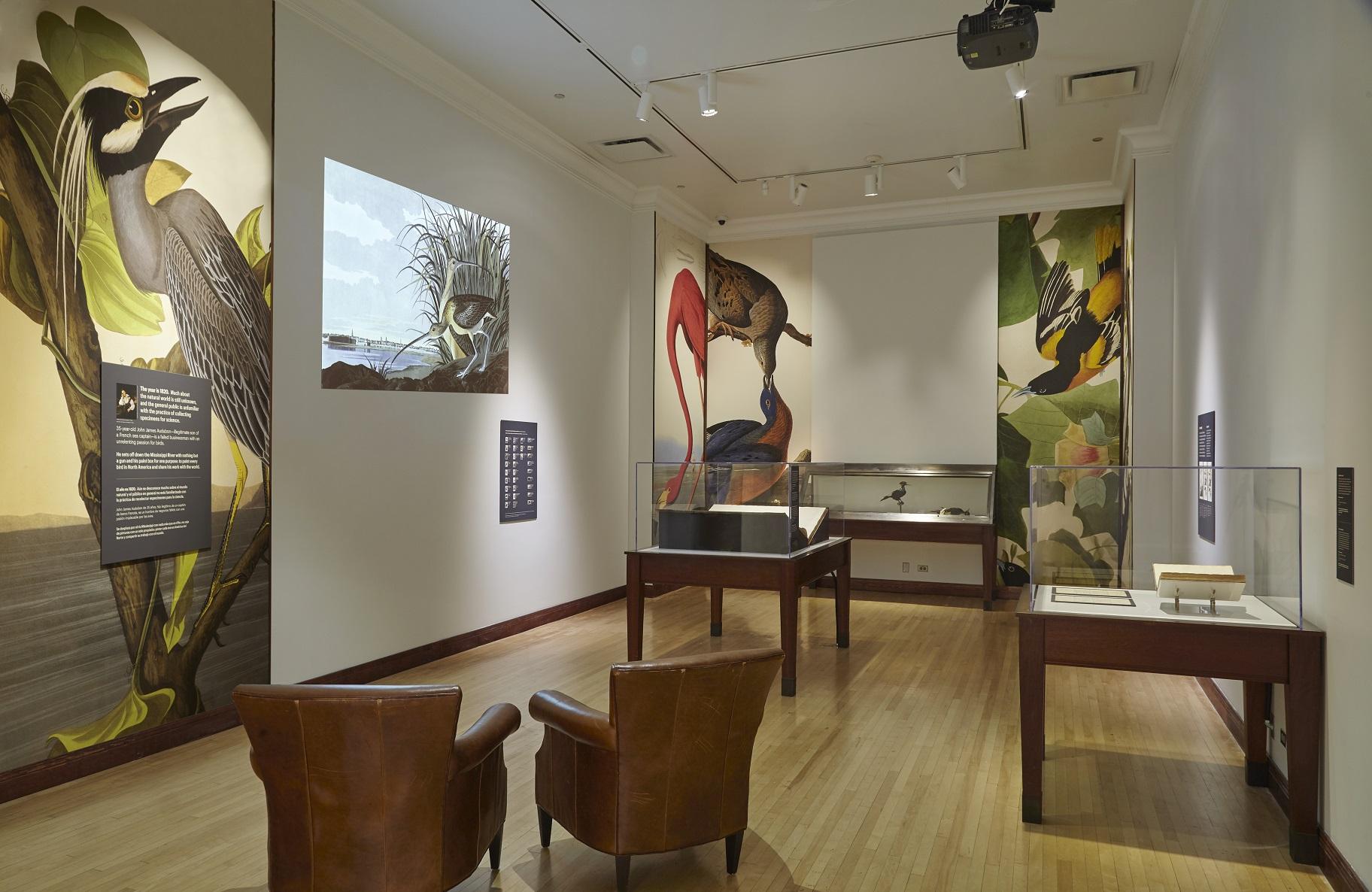 There are thought to be about 120 intact copies of “Birds of America,” which until 2013 held the record for the most money paid at auction for a single printed work: $11.5 million.

According to the National Audubon Society, the environmental and conservation nonprofit named after the book’s author, it is estimated that, when adjusted for inflation, five of the 10 most expensive books ever sold were copies of Audubon’s book.

The book itself is so big that it takes three Field Museum staff members to open its display case. Yet the book is also incredibly fragile, and its 3-foot-tall pages are turned just once a week to limit additional wear and tear, according to the museum. 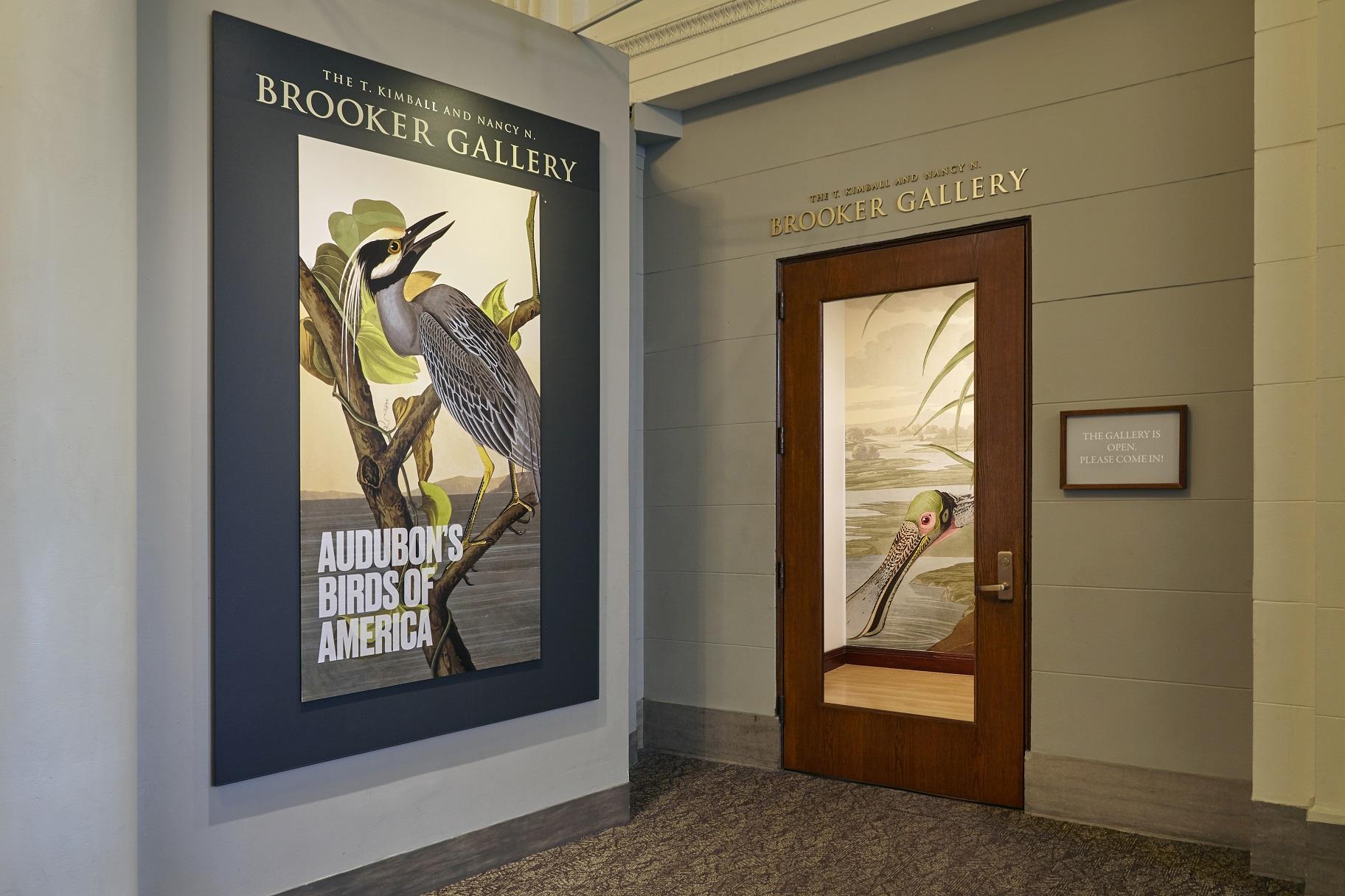 “Audubon’s Birds of America” is on display at the Field Museum through Dec. 1. (Michelle Kuo / Field Museum)

The Field’s new exhibit, “Audubon’s Birds of America,” is housed in Brooker Gallery, the walls of which now feature floor-to-ceiling replicas of Audubon’s most famous paintings.

In addition to Audubon’s book, the exhibit will present his work via slideshow and will also include a display case featuring actual ivory-billed woodpeckers from the Field’s collections. Considered the “holy grail bird” because of its appearance and behavior, the large woodpeckers “have almost certainly vanished from North America,” said Jaap Hoogstraten, the Field’s director of exhibitions, in a statement.

The exhibit, which is presented in both English and Spanish, opened is on display through Dec. 1. Access to the exhibit is included with general admission.

Native Plant Gardens Keep Getting Ticketed as Weeds. Is a Native Garden Registry the Answer?