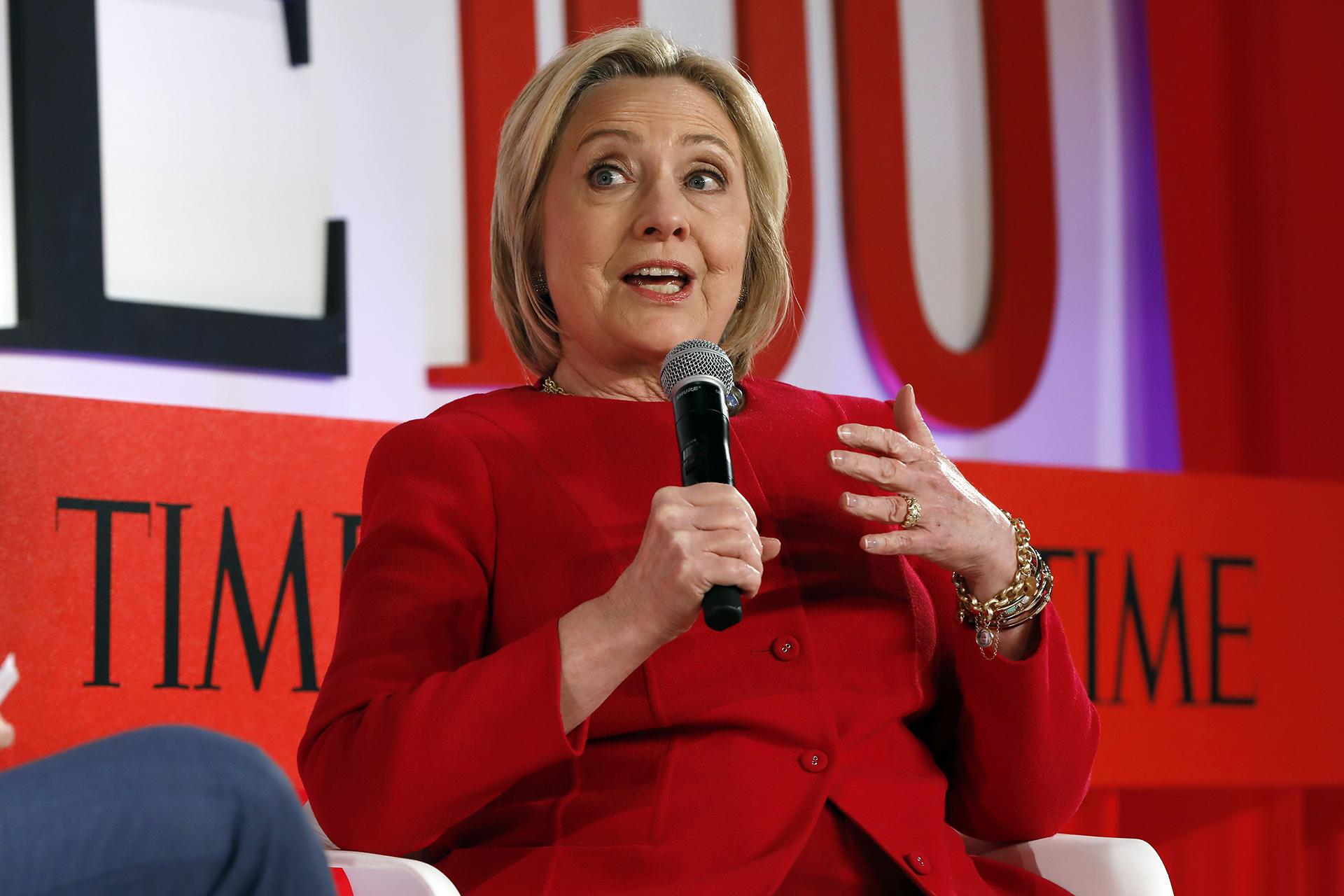 NEW YORK (AP) — Special counsel Robert Mueller’s report is only the beginning of a reckoning on election meddling, not the end, and “raises some serious questions,” Hillary Clinton said Tuesday.

The former Democratic presidential candidate stopped short of calling for immediate impeachment proceedings, however, and said Congress should instead conduct a serious analysis of whether President Donald Trump committed high crimes and misdemeanors.

If elected officials believe that he did, “then I think it is the obligation of Congress to put forward the articles of impeachment,” Clinton said at an appearance in New York City for the Time 100 Summit, where she called for the full, unredacted report to be released.

She said an analysis “should be something undertaken in a really serious way based on evidence,” and not a preordained conclusion for partisan political reasons.

She likened it to her experience as a young attorney working on the case for the impeachment against Richard Nixon, which she said won the trust and confidence of the public with its professionalism and non-partisanship.

“I think there’s enough there that any other person who had engaged in those acts would certainly have been indicted,” she said.