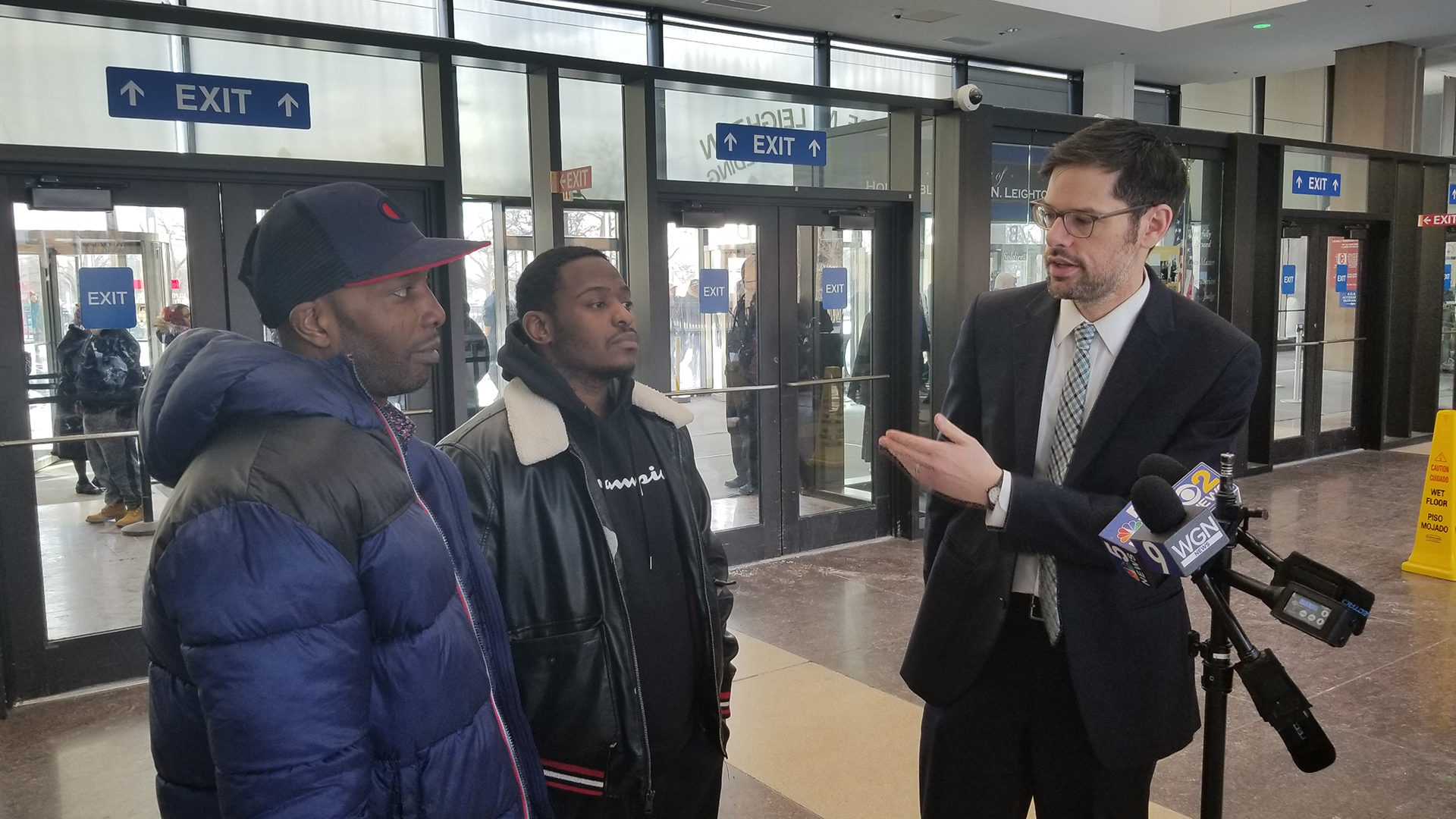 Standing before Cook County’s presiding judge inside the Leighton Criminal Court Building on Wednesday morning, Jermaine Coleman and Germain Sims turned to their lawyer, smiled and shook his hand.

Coleman and Sims had just become the most recent exonerees to have their convictions vacated after being framed by disgraced former Chicago Police Department Sgt. Ronald Watts and his team at a South Side housing project.

“I’m glad justice has been served,” Sims said after the brief hearing.

Four men – Coleman, Sims, Robert Lindsey and Jabal Stokes – were exonerated of false drug convictions Wednesday. They join 10 others who had convictions tossed out Monday and dozens who’ve been falsely convicted and later exonerated in cases related to Watts.

Watts, former CPD Officer Kallatt Mohammed and others on their tactical team would routinely extort residents at the Ida B. Wells housing project in the Bronzeville neighborhood. If they didn’t pay up, the cops would then allegedly plant felony-level drug amounts on them and lie about it under oath.

“When the system fails one of us, it fails every single one,” Sean Starr, an attorney with the Exoneration Project, said Monday. “These individual guys’ stories … are just the latest example of a calculated, feigned ignorance on behalf of the Chicago Police Department.”

In all, 63 people have had a total of 82 convictions thrown out since 2017 in a series of mass exonerations connected to Watts and his team. Many of those arrests followed a similar script, with Watts or other officers rounding up residents and guests at the housing project and demanding payment in order to avoid an arrest.

Coleman said he was doing nothing more than standing outside and playing with his kids when he, Stokes and about 10 other men were arrested. He assumed he’d be facing some sort of trespassing charge. But once he was taken to a holding center, he learned he’d instead been charged with heroin possession.

Coleman was convicted and served 1.5 years in prison.

“I come home, my son running around, 2, 3 years old,” he said following his hearing. “A few years of my life going down the drain for nothing cause I’m outside chilling in front of a project building.”

Kim Wilbourn, who was in court Monday, said he was visiting a friend at Ida B. Wells in September 2006 when Watts and his team arrested him. His brother, Vondell Wilbourn, was also framed by Watts and had a pair of drug convictions dismissed last year. 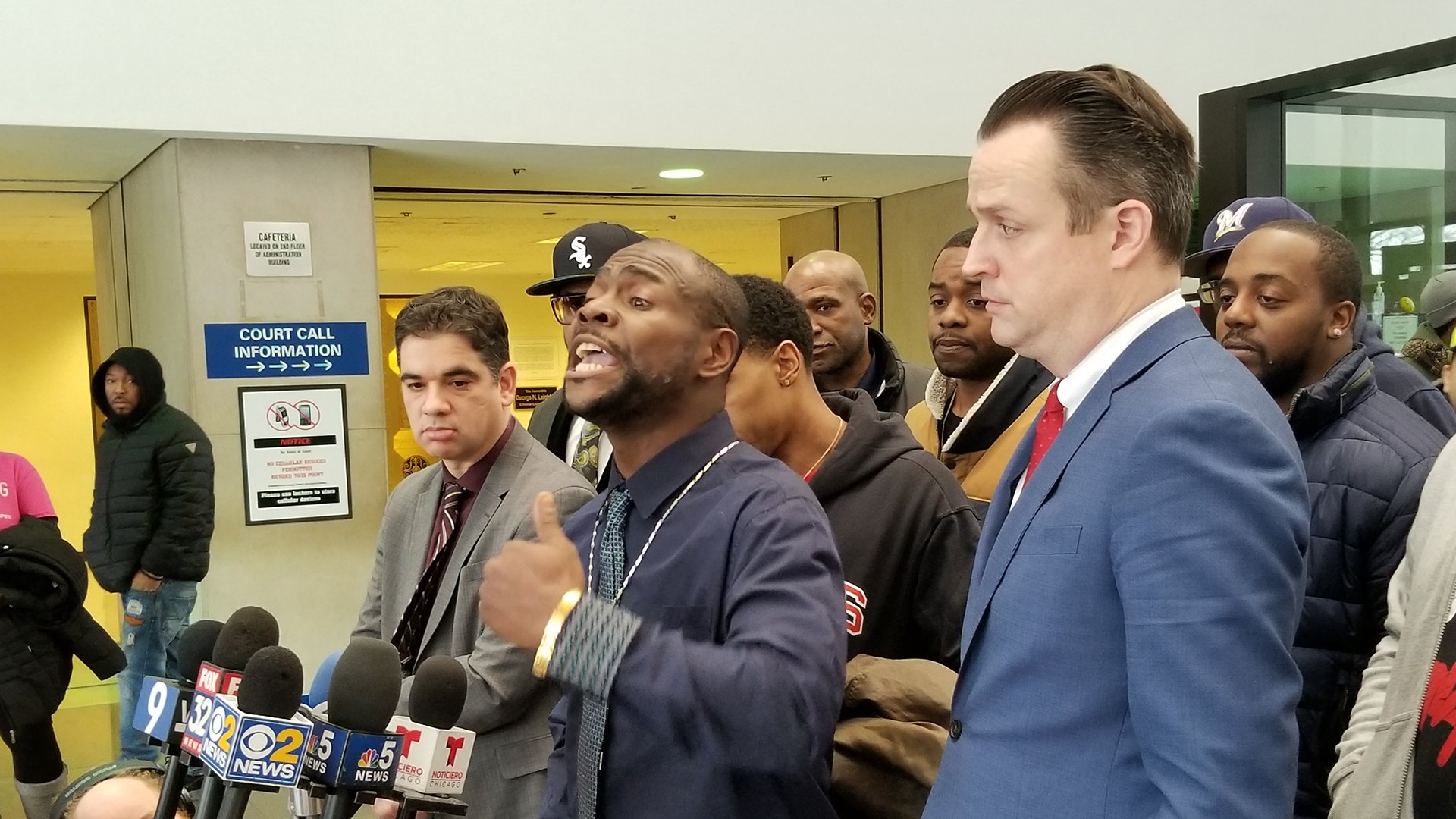 Watts was eventually arrested on federal charges after he was recorded attempting to steal money from a federal agent posing as a drug courier. He was convicted in 2013 and sentenced to 22 months in prison. Mohammed was sentenced the previous year to 18 months in prison for extortion.

The 63 exonerees have been collectively represented either by the Exoneration Project or Joel Flaxman of the Law Office of Kenneth N. Flaxman P.C., which represented the four men Wednesday. Both groups have said they’re already in contact and vetted dozens of others from the housing project who may have likewise been framed by Watts and his crew.

And while Watts and Mohammed are no longer on the force, Flaxman said there may be as many as 15 other officers tied to these false convictions who remain on paid desk duty.