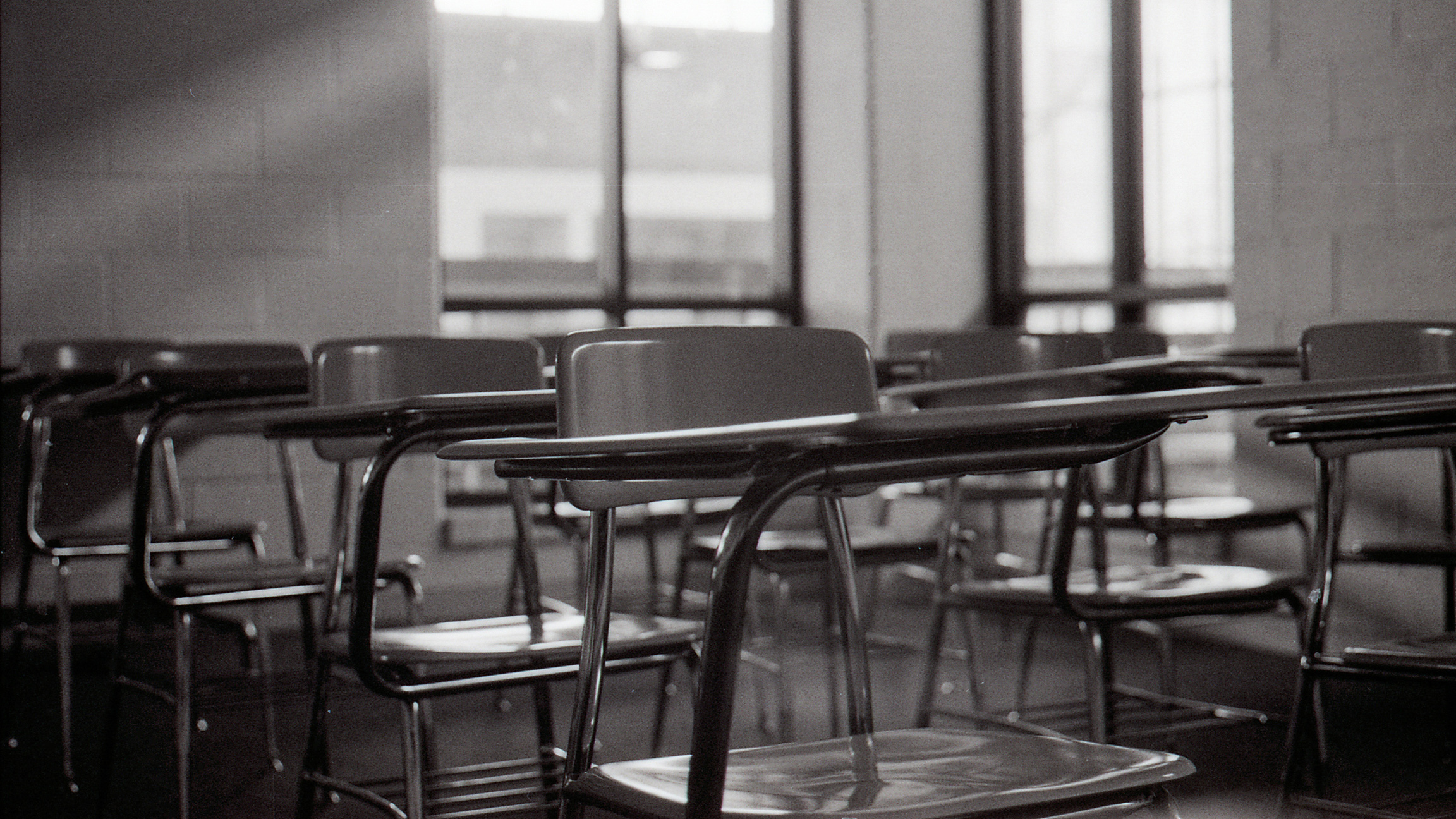 An elementary teacher at Chicago Public Schools has been removed from her position amid allegations she allowed an outside acquaintance to attack a young student with “large belts” inside a school bathroom.

CPS officials on Thursday confirmed George W. Tilton Elementary fourth-grade teacher Kristen Haynes has been removed from the school after she was accused in a civil lawsuit of soliciting a childhood friend to come to her school and beat a 9-year-old male student with belts she provided.

“Every student deserves a safe learning environment and the district will not tolerate actions that place students in the way of harm,” district spokeswoman Emily Bolton said in an email.

“After learning of deeply concerning allegations, the district removed the employee from her position and launched a full investigation. While the investigation remains ongoing, the district is working directly with the school to ensure support is available for the student and family."

The attack occurred on Sept. 20, 2018, according to a 28-page federal lawsuit filed by the boy’s mother Thursday morning, which names Haynes, 56-year-old Juanita Tyler and the Chicago Board of Education as defendants.

A day before the incident, the boy got into trouble for talking and playing around in Haynes’ class. That night, Haynes, who was the boy’s homeroom teacher, allegedly contacted Tyler through Facebook and “arranged for and permitted” her to enter the school “for the purpose of corporally punishing” the student, according to the lawsuit.

Haynes and Tyler grew up in the same neighborhood, according to the complaint. Tyler is also a distant relative of the boy’s family, though they had only met once previously and she is described as a “total stranger” to the boy. 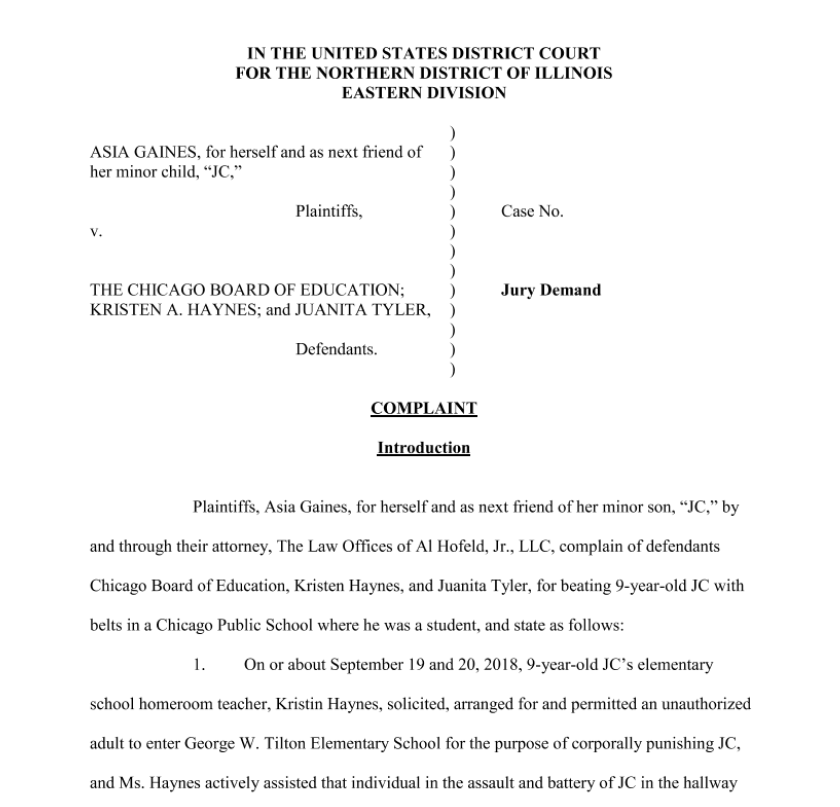 The lawsuit claims Haynes provided Tyler with the belts, which the teacher had previously used to threaten students in her classroom. Before first period, the two women allegedly grabbed and dragged the boy from his classroom to an empty second floor bathroom.

“Once ensconced in the boys’ bathroom, Ms. Tyler beat (the boy) over his clothing with both belts, landing blows on his back, buttocks and legs, breaking the skin and leaving abrasions on his body,” the complaint states.

Tyler repeatedly ordered the boy to pull down his pants, according to the complaint, but he refused. After she allegedly began striking the boy with the belt, he pleaded “I want my mama,” to which Tyler replied “I am your mama.”

Tyler is accused of striking the boy 20 to 30 times. His classmates said they could hear his screams from their classroom. A photo provided by the victim’s attorney, Al Hofeld, Jr., purports to show injuries the boy suffered on his back during the attack.

After the beating, Tyler brought the child back to his classroom, pushed him into his seat and returned the belts to Haynes, according to the complaint, which states the child spent the rest of the morning “sob(ing) uncontrollably, publicly shamed and humiliated by the experience.”

“He has suffer(ed) from panic attacks, insomnia, night terrors and bedwetting,” Hofeld said in a press release. “He lost his appetite, is hyper-vigilant and cannot be alone. (He) had no previous history of any of these symptoms.”

The boy has since returned to the school, Hofeld said, because the district has refused to cover the cost of transportation to a new school, which his family cannot afford.

CPS declined to comment on the lawsuit, but said its investigation will evaluate Haynes’ alleged actions as well as personnel and security in the school building. The district also says it has worked with Tilton staff to ensure the boy and his family receive support.

But Hofeld said CPS and the board haven’t done enough, alleging they were aware Haynes previously used belts to threaten students “and condoned it.”

“I point the finger at CPS because school is a safe haven for kids and kids are supposed to be protected no matter what,” the boy’s mother Asia Gaines said during a press conference Thursday. “The teachers are supposed to protect the kids from hurt, harm or danger. And (Haynes) failed to do so.”