In his new book, former U.S. Ambassador to NATO Ivo Daalder argues that President Donald Trump has chosen to abandon America’s leadership role in the world just as China is becoming more assertive on the global stage.

The book is called “The Empty Throne: America’s Abdication of Global Leadership” and was co-authored by James Lindsay and Daalder, who served as NATO ambassador from 2009 to 2013 and is now the president of the Chicago Council on Global Affairs.

According to Daalder, Trump sees international relations as a zero-sum game.

“I think the biggest problem we have on a practical level is that (Trump) doesn’t believe our allies and friends are net additions to American capabilities and American power to get things done, he sees them increasingly as adversaries,” said Daalder. “He calls our friends foes and our allies adversaries.”

Daalder believes that Trump’s “America First” agenda is fraying the world order that the United States created in the aftermath of World War II and that has underpinned the success of both America and its allies for the past 70 years.

“He has at least since the mid-1980s regarded the system as one that allowed allies to take advantage of us. He’s been saying for 30-plus years that the allies have played the United States for suckers,” said Daalder.

Although Daalder doesn’t yet view Trump’s impact on America’s historical alliances as being irreparable, he does think it will be difficult.

Below, an excerpt from “The Empty Throne.” 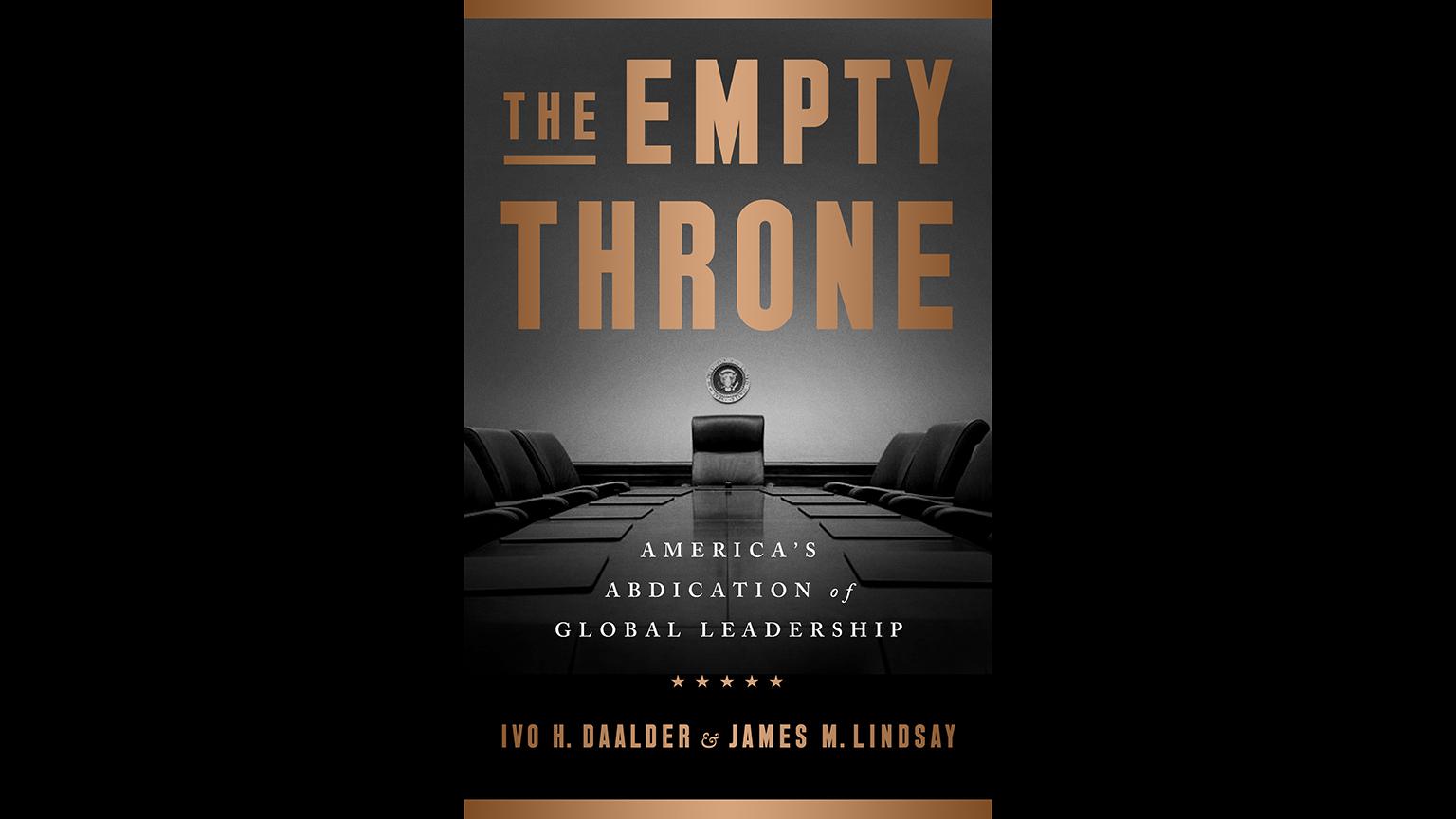 “I inherited a mess,” Donald Trump complained repeatedly after becoming president. The specific challenges he faced were easy to list. North Korea was gaining the capability to hit the United States with nuclear-armed missiles. A revanchist Russia was challenging American interests in the Middle East, sowing divisions in Europe, and interfering in US domestic politics. A rising China was looking to dominate Asia and rewrite the rules of global politics in its favor. An aggressive Iran was seeking regional hegemony in the Middle East. The Islamic State controlled parts of Iraq and Syria, inspiring jihadists around the globe. The list went on.

Underlying these problems, however, was a broader, more fundamental one: the world that the United States created in the aftermath of World War II and that Mattis and his colleagues explained to Trump in the Tank that July day was fracturing. Franklin Roosevelt and Harry Truman had wisely steered the United States away from repeating the grave error it had made in turning its back on Europe after World War I. Determined to chart a different course and confronted with a new mortal adversary in the Soviet Union, they defined America’s interests globally and sought to lead other countries in creating a world that would be more conducive to US interests and values—and to countries that shared them. That world would be built on advancing collective security; opening free markets; and promoting democracy, human rights, and the rule of law.

It was a radical strategy. For millennia world politics had been driven by the logic of domination—“The strong do as they will; the weak suffer what they must,” as the ancient Greeks put it. The United States could have done the same after 1945. It stood atop the world, towering over both its vanquished enemies and weary allies. But it didn’t. It instead created a system based on the logic of cooperation—countries willing to follow America’s lead would flourish, and as they did, so too would the United States. The country would do well by putting aside narrow nationalism and promoting a broader common good. “We could be the wealthiest and the most mighty nation,” President Dwight Eisenhower later wrote, “and still lose the battle of the world if we do not help our world neighbors protect their freedom and advance their social and economic progress.”

The rules-based order never fully matched its founders’ aspirations. Its reach was limited to the West throughout the Cold War. Large portions of the world lived under communist domination outside the order, and even more lived uneasily between the two. Cold War divisions, moreover, limited what the United Nations and other international institutions could do. The United States at times failed to live up to its lofty rhetoric as narrow interests trumped broader ones in its foreign policy choices. Human rights were often sacrificed to political expediency. And global leadership didn’t guarantee good judgment, as the Bay of Pigs and the Vietnam War attested.

Yet even taking these failures into account, the American decision to lead the Free World after World War II was a historic success. Europe and Japan were rebuilt. The reach of democracy and human rights was extended. Most important, American leadership helped facilitate one of history’s great geopolitical triumphs: the peaceful collapse of the Soviet Union. That in turn created the opportunity to extend the benefits of the American-led order well beyond the West. Washington believed it had discovered “the secret sauce” of national success and was eager to share it. Just as important, other capitals were eager to embrace Washington’s guidance.

Democracy was on the march. Global trade boomed. Hundreds of millions were lifted from abject poverty. For a moment it seemed that the world had reached the “end of history.”

But history didn’t end. Even as the ambitions for what US foreign policy could achieve grew in the post–Cold War era and Americans became comfortable thinking of themselves as the “indispensable nation,” the world they had created was unraveling. Great-power competition once thought dead began to revive. The rapid growth in the movement of goods, money, people, and ideas across borders—globalization, as it came to be called—produced more problems and at a faster rate than national governments could handle. International institutions seemed stuck in the Cold War, unable to grapple with these new transnational challenges. The Middle East was in turmoil, populism was rising, and terrorists were striking with seeming impunity around the globe. Two decades after the end of the Cold War, the optimism of a Pax Americana had given way, as Richard Haass aptly put it, to “a world in disarray.”

This disarray had multiple causes. Countries like Russia and Iran never accepted the premises of American global leadership or the world it sought to create, and they resented what they saw as the United States treading on their interests. They preferred traditional geopolitics, where they dominated their regional spheres of interest, and sought to return to it. Meanwhile, policy makers in Washington failed to see just how quickly their recipe of market economics and open trade would generate the “rise of the rest,” as Fareed Zakaria described it, and didn’t anticipate what it would mean for American leadership. They hoped to get “responsible stakeholders” who would gradually take on more responsibilities while still deferring to Washington’s lead. They instead got countries that often preferred free riding on Washington’s efforts or championing their own ideas for improvements to the rules-based order. Finally, Washington’s own missteps and misjudgments undercut its leadership. The invasion of Iraq plunged the United States into an intractable Middle East maelstrom and sowed doubts about the wisdom of American leaders. The Great Recession of 2008–2009 threw into question Washington’s recipe for success. Free markets and open trade suddenly looked to be the road to ruin rather than the path to success.

Saddled with the bitter harvest of the Iraq War and the Great Recession, Barack Obama came to office amid a growing realization within the foreign policy establishment that American global leadership needed to be adjusted and the rules-based order put on a more sustainable footing.

Obama sought the answer in encouraging allies to do more, confronting a rising China with a “pivot” to Asia, and ostracizing a belligerent Russia. Whatever the merits of that strategy, it failed to produce quick results. Obama ended his presidency knowing that the job remained unfinished. “American leadership in this world really is indispensable,” he wrote in a letter he left behind on the Resolute desk in the Oval Office for his successor. “It’s up to us, through action and example, to sustain the international order that’s expanded steadily since the end of the Cold War, and upon which our own wealth and safety depend.” It was heartfelt advice from the outgoing president. It was not advice that Donald Trump would take.

From THE EMPTY THRONE: America’s Abdication of Global Leadership, by Ivo H. Daalder and James M. Lindsay. Reprinted with permission from PublicAffairs, a division of the Hachette Book Group. 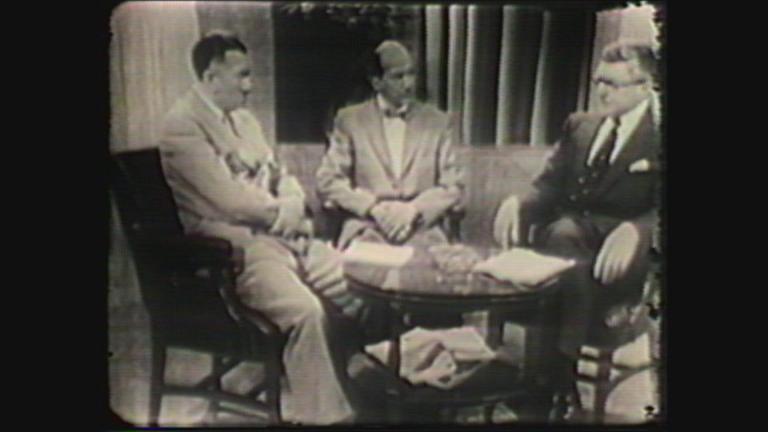 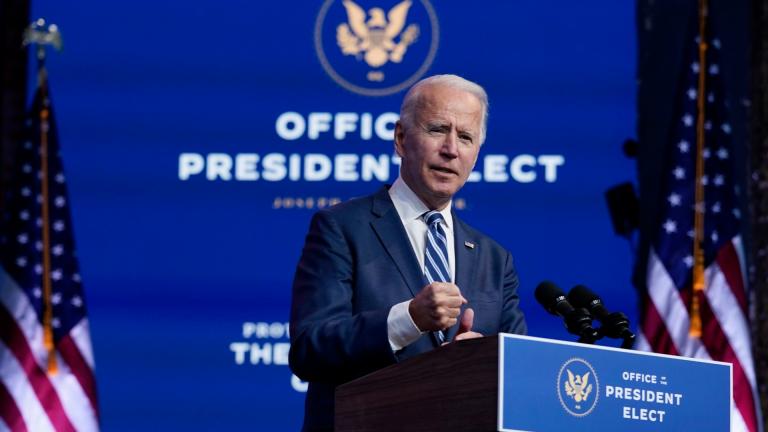 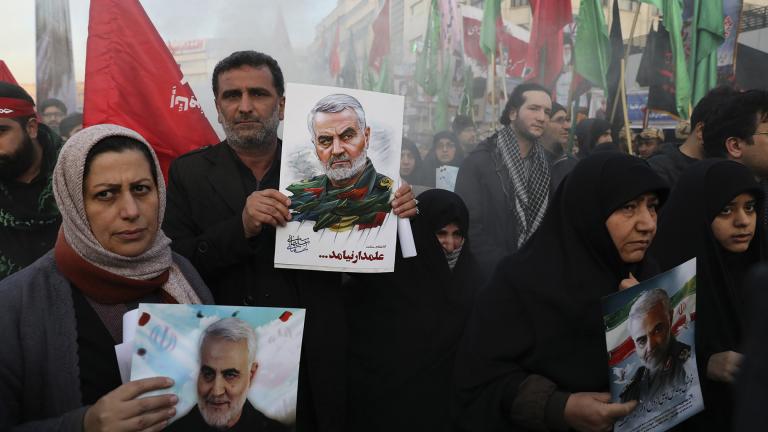 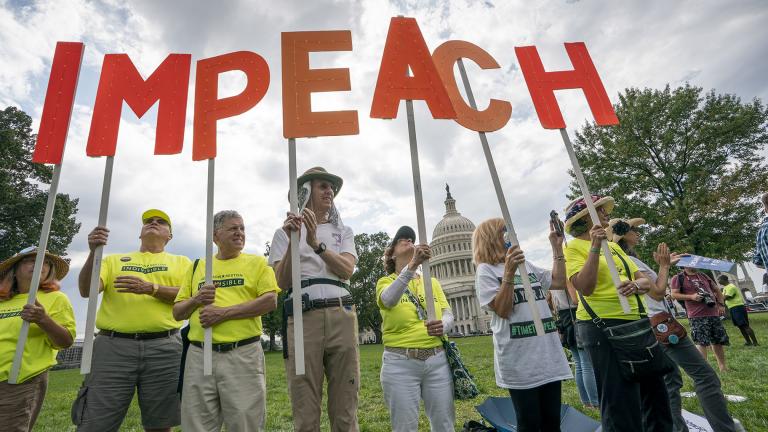 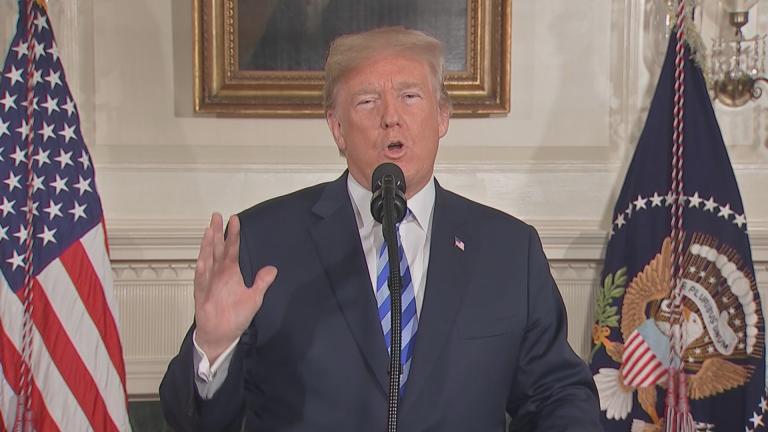