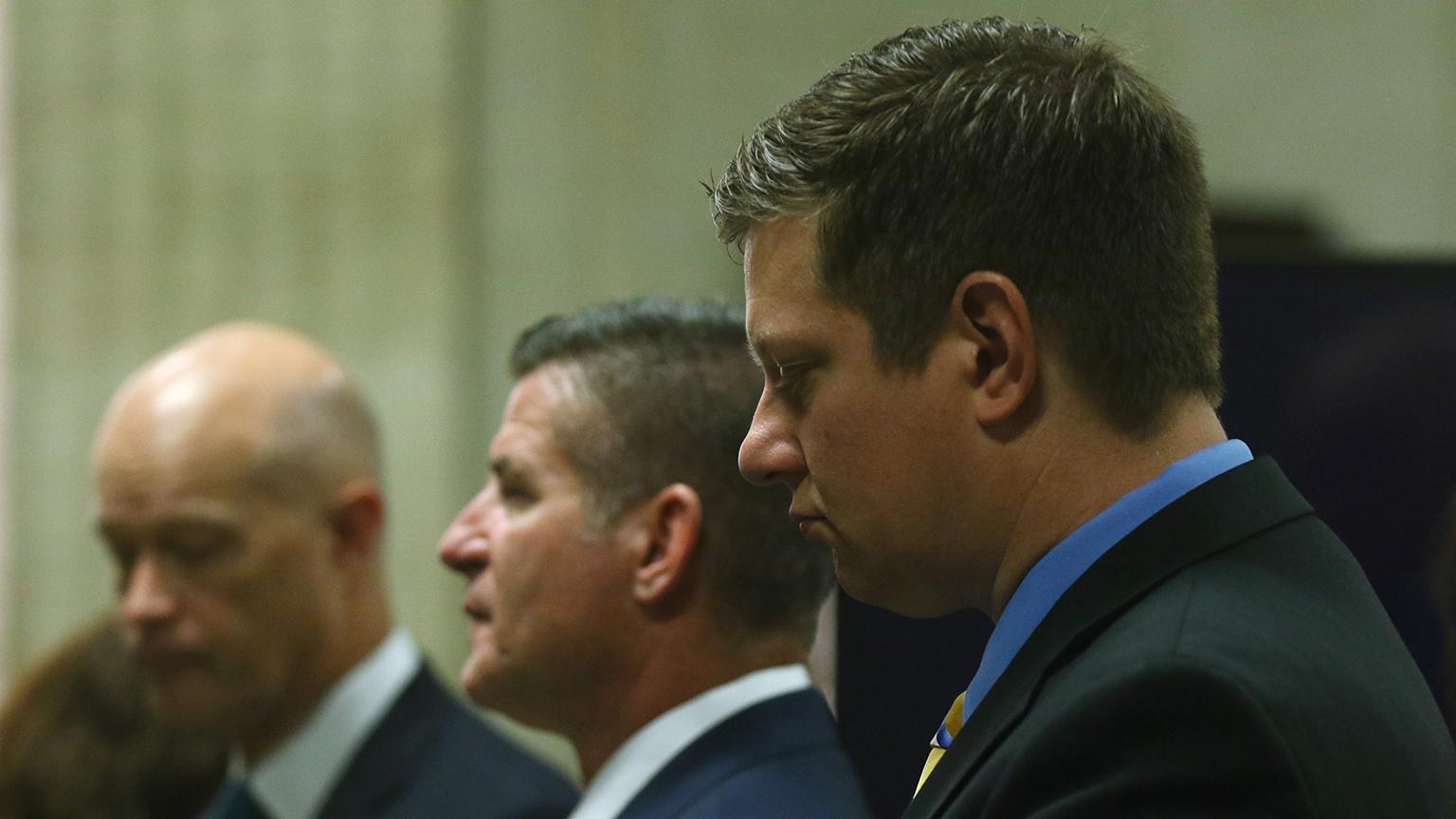 Jurors spent hours staring at graphic autopsy photos and hearing explicit details Wednesday about exactly where and how each of the 16 bullets fired by Chicago police Officer Jason Van Dyke struck the body of 17-year-old Laquan McDonald.

Cook County Chief Medical Examiner Ponni Arunkumar took the witness stand for more than three hours in what amounted to the most substantial testimony from day three of the high-profile murder trial.

Van Dyke is charged with first-degree murder after shooting McDonald 16 times during a police call on the Southwest Side in October 2014. He also faces 16 counts of aggravated battery and one count of official misconduct.

Arunkumar – who did not conduct McDonald’s autopsy – testified in great detail about what each bullet did to McDonald’s body, saying each shot contributed to his death. But defense attorneys instead focused on just two of those shots, which they believe caused McDonald’s death and stuck him while he was still standing.

FBI video expert Mark Messick took the stand for a second time after Cook County Judge Vincent Gaughan struck his entire testimony from Tuesday afternoon. Prosecutors convinced the judge to let them recall Messick and question him on a much more limited scope about how he “enhanced” dashcam video of the McDonald shooting.

Instead of talking about “puffs of smoke” and arrows added to indicate specific gunshots, as he did Tuesday, Messick simply testified about how he slowed the video down to one-quarter speed.

Those shots struck McDonald at the base of his neck and his right chest, respectively, according to his autopsy. (The numbers used to identify these wounds are not meant to reflect the order in which they were inflicted, only the way they were identified during the autopsy.)

Arunkumar previously said that all 16 gunshot wounds contributed to McDonald’s death. She didn’t backtrack from that statement during an hourlong cross-examination, but did say that it was likely McDonald was still standing when he was struck by those two shots.

During that time, she described in significant detail how bullets pierced the teen’s skin, shredded muscles and broke bones inside his body. Between entrance and exit wounds, the medical examiner’s office found 24 bullet holes on McDonald.

Arunkumar also spoke about a toxicology report that showed McDonald had a “low dose” of PCP in his system at the time of his death, which could have caused visual disturbances, agitation and aggressiveness. 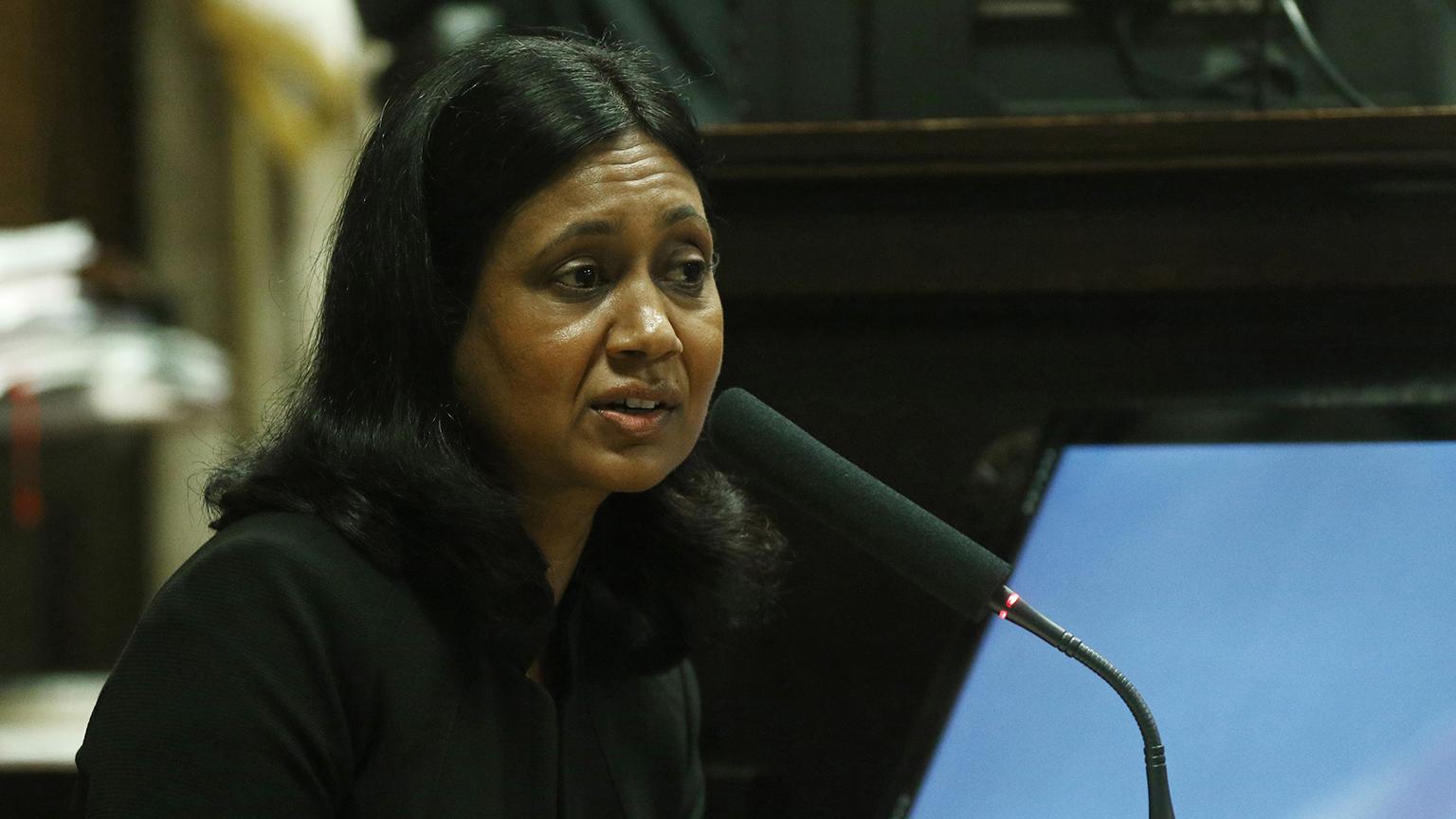 When asked what caused McDonald’s death, she said “the manner of death is homicide” and testified the teen was alive when each bullet struck him.

“Did each and every gunshot wound contribute to the death of Laquan McDonald?” McMahon asked.

The Rev. Jesse Jackson entered the courtroom during a brief recess in the trial. The 76-year-old civil rights activist chatted with special prosecutors and at least one member of McDonald’s family before sitting down on a bench immediately behind Van Dyke’s own family.

Jackson spoke with media in the courthouse lobby earlier, reportedly calling this case “the most heinous crime since Emmett Till.”

Arunkumar has performed about 1,000 autopsies in her career. Roughly 20 percent of those involved a gunshot wound.

Arunkumar didn’t conduct the autopsy of McDonald’s body – the pathologist who did has since moved out of Cook County – but she reviewed the case and testified that McDonald’s cause of death was “multiple gunshot wounds.”

“There were 16 gunshot wounds to the body of Laquan McDonald,” she said.

For the first time, jurors saw dozens of autopsy photos showing each of McDonald’s bullet wounds. McDonald’s great-aunt and great-uncle also watched intently as graphic images of their deceased nephew’s body flashed across television screens inside the courtroom.

One photo showed a gaping bullet wound on McDonald’s head, surrounded by black dreads and a blue medical examiner’s glove. Arunkumar described it as a “graze wound.”

Arunkumar couldn’t say the order in which the bullets struck McDonald, but each wound was numbered one through 16 based on a standard autopsy procedure to track wounds from head to toe.

“Did this gunshot wound cause Laquan to lose blood?” special prosecutor Joe McMahon asked after examining each wound. 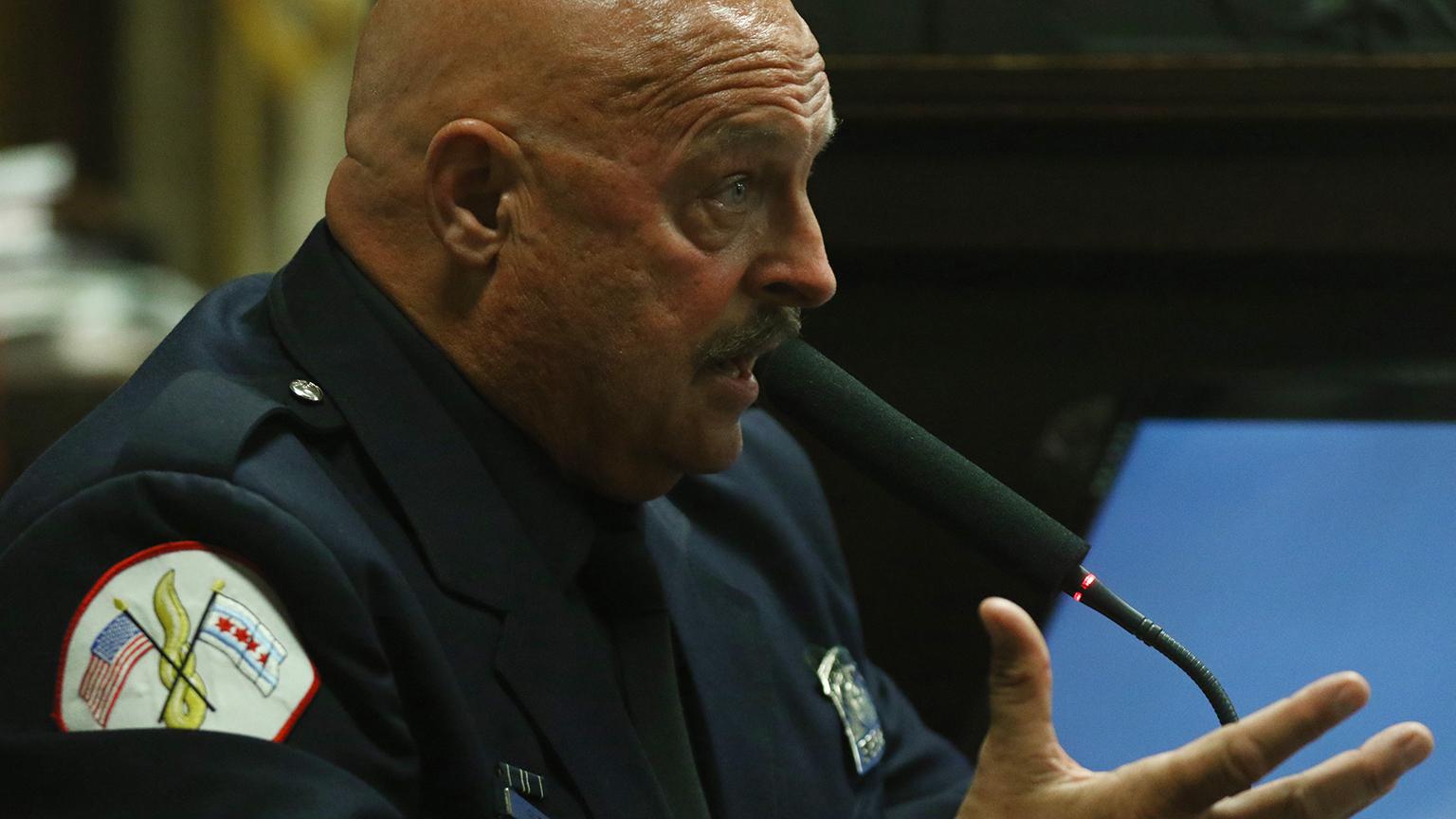 Jurors heard testimony from a first responder who arrived on the scene of the shooting and what he did to try and save McDonald’s life.

Chicago Fire Department paramedic Mark Smith said McDonald was “totally unresponsive” when he and his partner Michelle Riley arrived at the scene of the shooting. They placed McDonald on a backboard, then a stretcher, before Smith attached a heart monitor to McDonald, who maintained a heart rate of about 60 beats per minute.

But the teen’s pulse was gone before he even left the scene. Riley and Smith suctioned blood away from McDonald’s throat so they could insert a breathing tube and maintain chest compressions en route to Mount Sinai Hospital.

Allen Gayan, a registered nurse working at the hospital at the time, said McDonald arrived around 10:22 p.m. – about 25 minutes after the shooting. Prosecutors and defense attorneys argued back and forth about whether McDonald was legally dead when he arrived at the hospital.

Gayan confirmed McDonald had no pulse or heartbeat upon arrival, according to his chart from that night.

“So he was dead when he arrived, right?” defense attorney Randy Rueckert asked.

McMahon filed a motion asking Gaughan to reconsider his decision to strike testimony and evidence from FBI audio/video analyst Mark Messick, who testified Tuesday that he created “enhanced” versions of the original video by slowing down portions of it and adding green arrows to depict bullets as they hit McDonald’s body.

Defense attorneys argued those arrows were not indicative of what the bullets were hitting and only identified “puffs of smoke” near McDonald’s body. On cross-examination, Messick couldn’t say whether the arrows on the video were 100-percent accurate and was unsure if those puffs of smoke were coming from bullets hitting McDonald or the pavement around him.

McMahon on Wednesday argued Messick’s testimony was only “part one” of a three-part chain of testimony between Messick, an FBI ballistics expert who helped create that enhanced video, and a medical examiner who can testify that McDonald was struck by 16 bullets. Jurors were not present for these arguments.

Gaughan said again that Messick’s testimony “caused confusion” and “did not aid in the understanding of evidence for the jury,” but allowed Messick to retake the stand Wednesday and testify in a limited capacity.

Testimony is scheduled to resume Thursday morning. Get recaps from day two and day one of the trial.