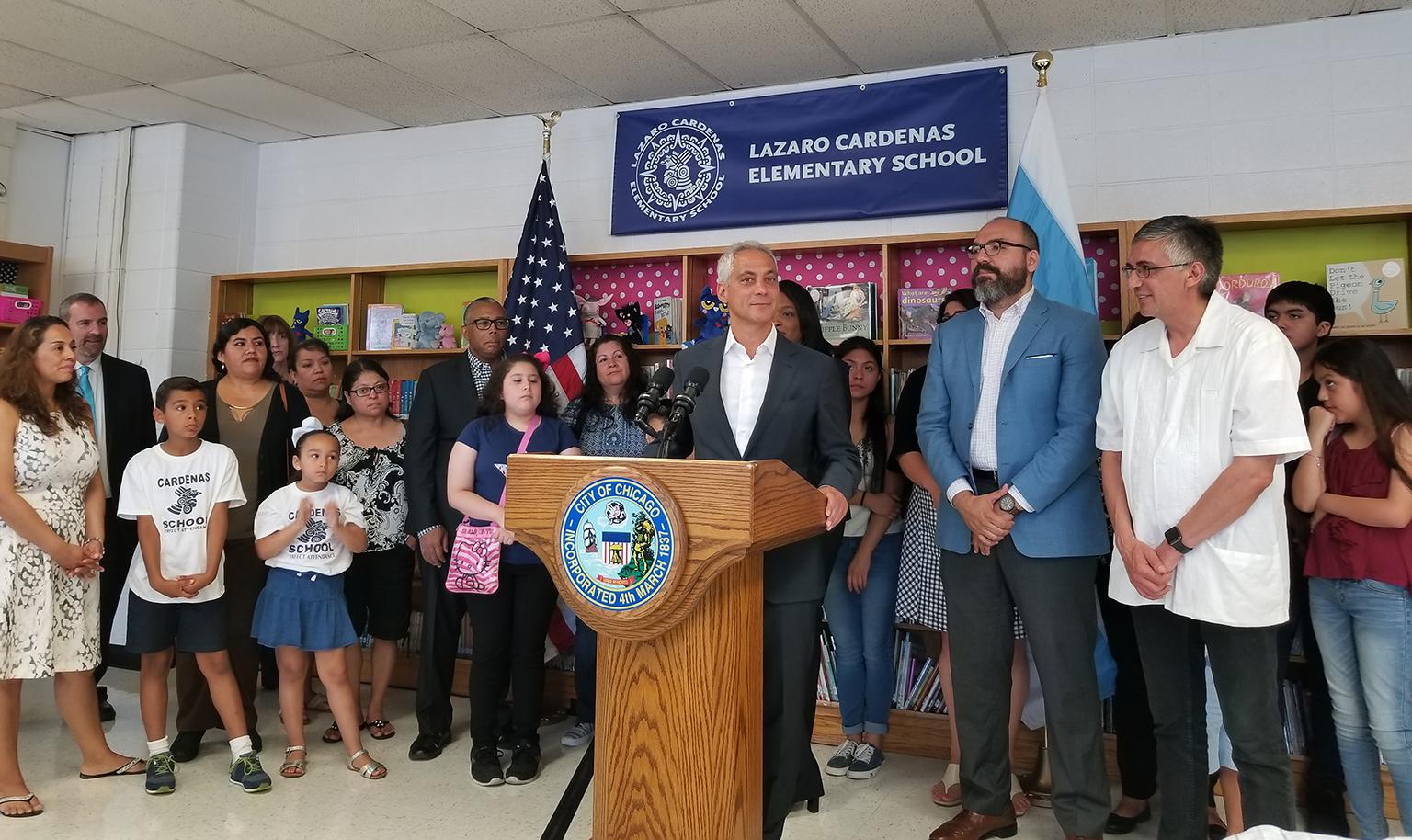 Mayor Rahm Emanuel says he believes anti-violence protesters should be allowed to march Saturday along the Dan Ryan Expressway, just days after Illinois State Police officials said they plan to arrest anyone who tries to do so.

The mayor told media Friday he wants to “align” himself with the planned protest and pointed to his history of working toward gun control in saying protesters led by the Rev. Michael Pfleger will help raise awareness around the issue.

“This is a day-in and day-out effort of partnering, working together, building community, building neighborhoods,” he said, “and I think the march is an important aspect of that effort that highlights issues from gun control, economic opportunity, to also making sure there are good community relations with that effort.”

The mayor was then asked if he believes the protesters should be allowed onto the Dan Ryan.

“They should be allowed, yes,” he said, “because they’re going to be talking about anti-violence and I think there’s a proper way to raise that awareness. I don’t think there should ever have been a doubt about that effort.”

State police have raised plenty of doubt over the planned march, saying protesters who do go onto the Dan Ryan are putting themselves and drivers in “enormous” danger. Just this week ISP Director Leo Schmitz called the plan “reckless” and said they could arrest those who do try to walk on the expressway.

Pfleger and other activists are using the protest to draw attention to ongoing violence within Chicago. Their plan is to march more than a mile along the Dan Ryan beginning at 79th street at 10 a.m. Saturday with a list of demands, including additional resources for local communities, more jobs and common-sense gun reforms.

How that will work remains unclear. Chicago police will be on site, but only to provide crowd safety and traffic control measures. They say they won’t participate in “any physical arrests of those (peacefully) protesting gun violence.” Both the CPD and ISP have encouraged Pfleger to hold the march elsewhere, but it is only state police who have jurisdiction over the Dan Ryan.

“As the director of the Illinois State Police, I cannot condone this reckless action, which needlessly places our troopers and the public in harm’s way,” Schmitz told media Tuesday. “Therefore I appeal to Father Pfleger … please reconsider this action and find a more appropriate, less dangerous location to march.”

The Illinois Department of Transportation says it is monitoring the situation. Spokesman Guy Tridgell told Chicago Tonight his agency will take “whatever steps are necessary to maintain expressway operations and preserve public safety.”

Join us Saturday online for coverage of the march.