Mei-Ling Ho-Shing was wearing a red dress and red Pumas (“I was looking so cute,” she says) on Valentine’s Day when she heard two loud noises.

Her first impulse was to want to drop to the floor.

The noises were the first in a string of gunshots that ultimately killed 17 people at Marjory Stoneman Douglas High School in Parkland, Florida.

Since then, some of Ho-Shing’s peers have gained national prominence with a social-media fueled “never again” movement for gun control.

Ho-Shing aligns with that activism, but wants to “open up that conversation.”

“I understand that you see my white peers out in the forefront of this movement and I understand a lot of African-Americans and look at the Never Again movement, the March for Our Lives, and they’re sitting there like: ‘Where is the people that look like me?’ And you get discouraged,” Ho-Shing said Thursday, as she spoke to an Advanced Placement Psychology class at Thornwood High School in South Holland.

The Illinois Education Association is hosting Ho-Shing, who will speak Friday at its annual assembly.

Friday is the 19th anniversary of the shooting at Columbine, and students throughout Chicago and the nation plan a walkout for gun safety.

“I really want this to, kind of, create a snowball effect. I want this to be something where our generation is a key part in changing everything because it starts with us. The adults, there’s onely so much they can do. We have to want more for ourselves and for generations to come,” Sales said.

The frank discussions Sales, Ho-Shing and the other students at Thornwood had on Thursday came as Northwestern University released a new study that shows an increase in the number of Chicago students who self-reported carrying guns between 2007 and 2013, even as numbers remained flat in New York – where the rate is less than half of Chicago – and declined in Los Angeles. 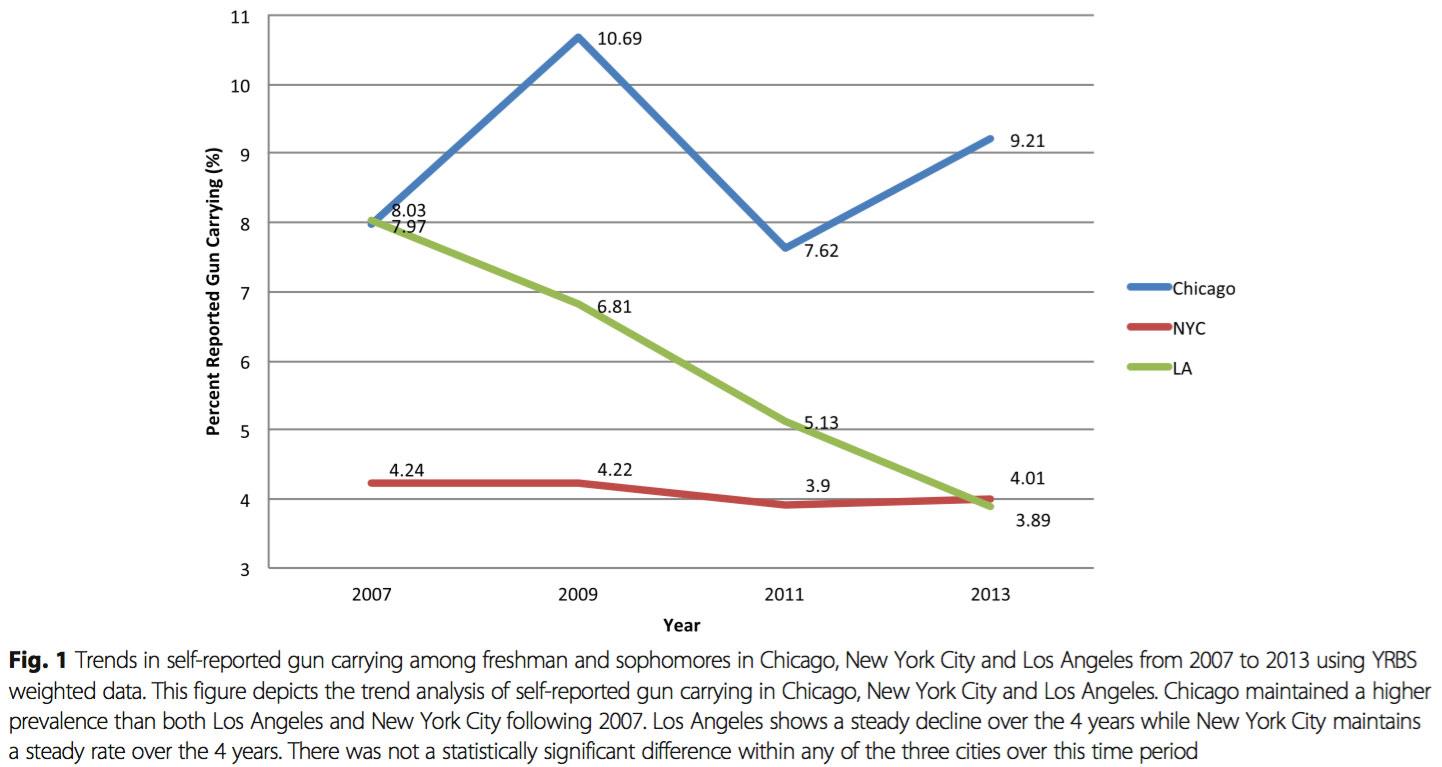 According to the study, the more students are exposed to risk factors the more likely they are to carry a firearm, and rates of risk in Chicago are higher than in New York and L.A.