“When I was in the first grade,” Bibik recalls, “a magician came to our school and picked me out of the audience and he had a little handkerchief and he made it into a little bag and he said, ‘Reach inside, and whatever you find you can keep.’ And when I pulled out my little hand, it was full of candy. So that’s when I decided I wanted to be a magician. If you know magic, you can make all the candy you want! It’s the greatest!”

Long after that childhood epiphany, Bibik can now be found performing his own handkerchief tricks at an Andersonville lounge that aims to recreate the spirit of Chicago-style close-up magic. 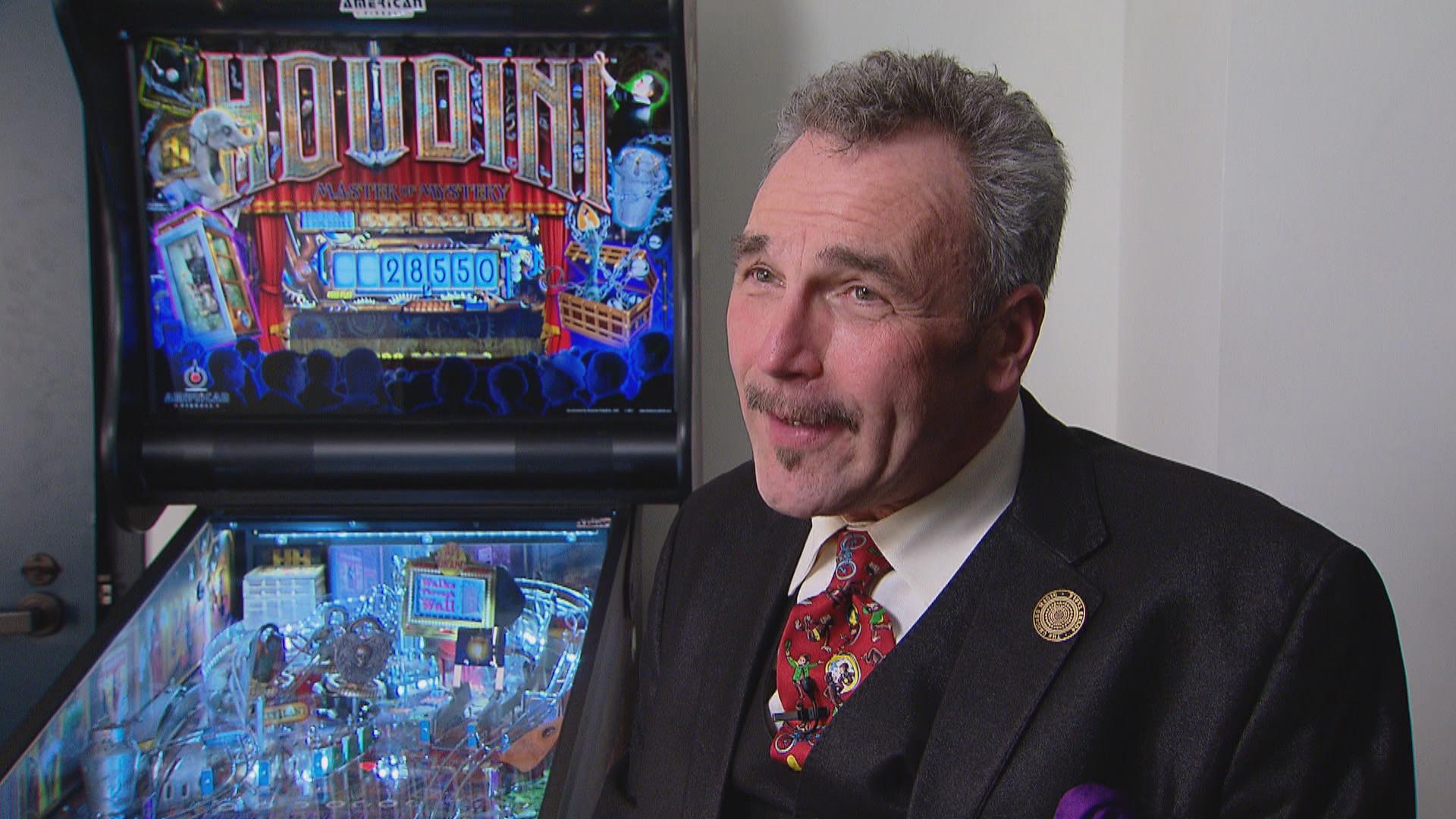 Chicago has a style of magic? It does indeed.

Where it was performed was the neighborhood tavern. According to Cranford, Chicago-style bar magic was perfected in neighborhood spots like Schulien’s, where the legendary Matt Schulien began entertaining patrons in his father’s bar with close-up magic as a young man in the 1910s.

“He just really started fooling everybody and what was really different about it is that it was funny, it was fast, it was a little crude, and it was in a bar,” Cranford said. “And that’s what made it different. It was adult themed – you could watch magic and drink!”

By the ‘60s, magic bars like Schulien’s were all over Chicago – the New York Lounge, the Ivanhoe, Little Bit O’ Magic. But tastes in entertainment changed over the years, and the magic bars slowly vanished. Still, Cranford kept the flame alive. In 2016, he developed a magic show for an Uptown burlesque theater that showcased Chicago-style magic. As the show grew, Cranford’s ideas got bigger, too.

“I wanted to come up with kind of a theatrical version of a night at a magic bar, an amalgamation of all the bars combined into one,” he said. 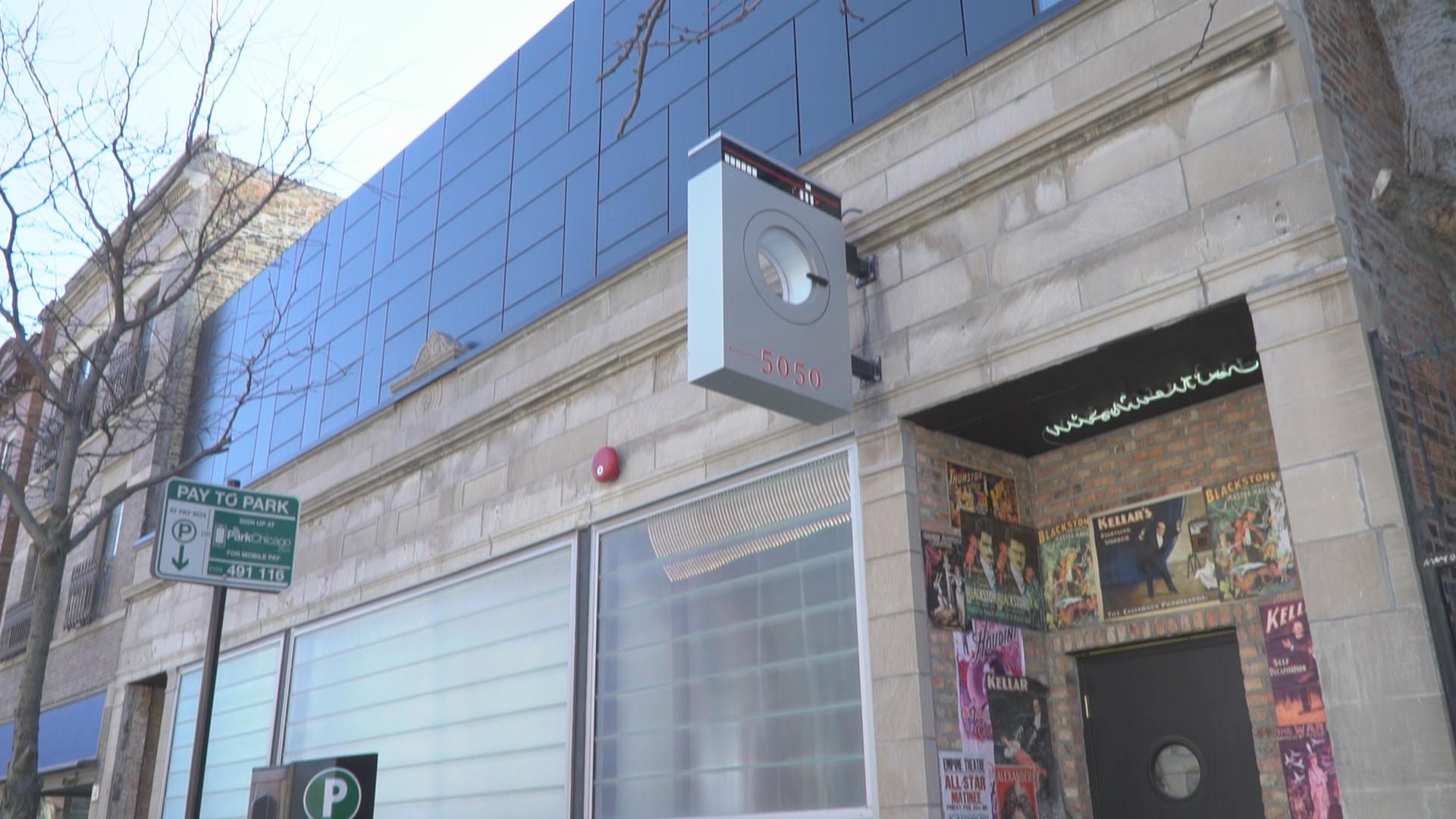 He found a home for his vision in this building, which now winks at its past life as a commercial laundry. Unlike private magic clubs in other cities, anyone can stop into the Magic Lounge for a cocktail with a dash of deceit – that is, if they can figure out how to get inside.

“We wanted you to have an experience that would take you in and make you wonder what’s going on every step of the way. We wanted it to be hard to find, we wanted to throw misdirection at you from the beginning,” Cranford said.

Inside, a library of vintage magic books lines the walls and a collection of historic ephemera pays homage to the old magic days while magicians like Bibik dazzle drinkers from behind the bar.

A second secret entrance leads to a 120-seat theater, where strolling magicians perform tricks tableside before featured entertainers take the stage. And if that’s still not enough magic for your evening, an upgraded ticket gets you into the 6-5-4 Club, a tiny 43-seat theater where a late-night show is performed.

Entertainment director Benjamin Barnes says there’s more to finding the right kind of magicians for the Chicago Magic Lounge than meets the eye. “I’m not looking just for someone who’s just doing a card trick, but someone who has that personality that connects with people who come in and hopefully give them something that they’ve never experienced before. Magic is so rich that it can give you everything. It can give you humor, it can give you surprise, it can give you fear, it can give you desire, it has all of that in it,” Barnes said.

And though the Chicago Magic Lounge was created with a modern sensibility, Cranford says the magic of the city’s past informs and inspires it. Cranford recalls,