Just as Gov. Bruce Rauner seemed to be patching things up within his own party, another Republican is taking him on in the race for governor. This time, state Sen. Sam McCann will run as part of the Conservative Party, calling Rauner a failure and pledging to stand up to both Rauner and Chicago Democrats.

McCann is an eight-year member of the Illinois state senate from Plainview. His district encompasses a southwest portion of the state, from Springfield to an area near greater St. Louis.

He has been a reliably conservative voice in state government, but also a reliable union ally. In fact, the International Union of Operating Engineers kicked off his campaign with a $50,000 donation,  which has led many to speculate that labor is putting McCann up to take votes away from Rauner and give Pritzker an easier path to victory.

Not so, says McCann, who, in a campaign kickoff video Thursday, said Rauner has surrendered to Chicago Democrats when they raised the income tax and passed a bill expanding access to abortion.

“Bruce rauner is such a failed governor, he only received 18 percent of vote in primary as sitting governor,” McCann told Chicago Tonight in a phone interview from Springfield. “Two-thirds of people in Illinois disapprove of him. I’ve got news for people who are conservative – Bruce Rauner is not going to win the election. He cannot no matter how much he spends.”

McCann and Rauner have long been at odds, McCann voting for public employees’ right to have a contract dispute with the state go to arbitration – something Rauner vehemently fought against as a harsh critic of public labor unions.

Almost immediately after the announcement, Rauner’s campaign sent out a scathing response:

“Sam McCann is the worst kind of political opportunist who is only running for Governor to line his own pockets. McCann’s unethical record speaks for itself: he failed to pay his taxes, racked up massive debts, lied about serving in the Marine Corps, and used his campaign account as a personal piggy bank, even buying himself an SUV.”

Indeed, there have been complaints against McCann that he bought a personal car with campaign funds, but he says they were dropped right after the primary election. He says he also enlisted in the Marine Corps but was discharged after suffering a construction accident.

Meanwhile, Democratic candidate J.B. Pritzker responded with this innocuous statement: “I welcome another voice to the race for governor at this critical time for our state.”

McCann is attempting to appeal to social conservative and independent voters who are angry at Rauner, those who may have turned out for Republican primary challenger Jeanne Ives. Ives has vaguely said she will support the Republican nominee. 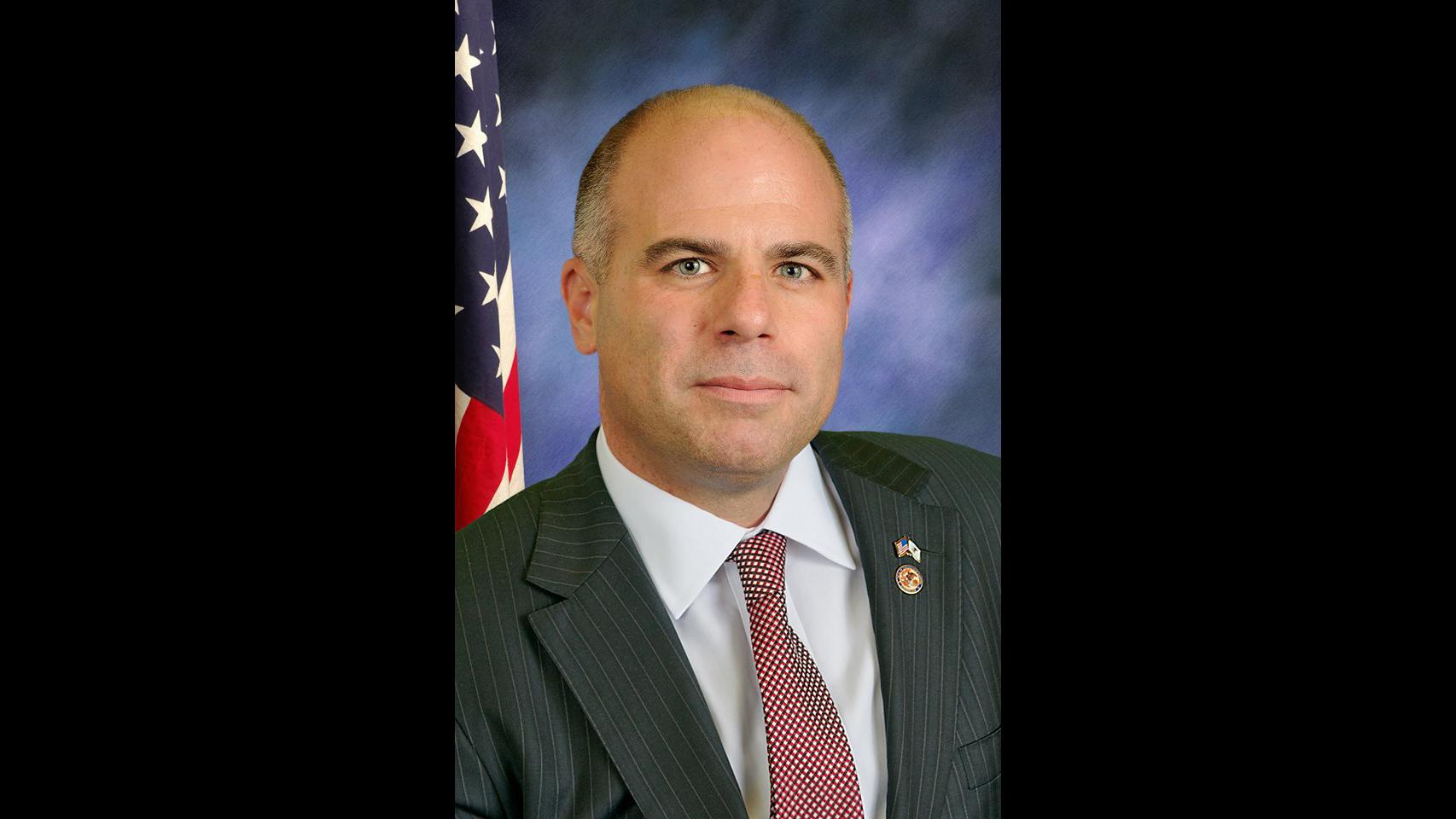 McCann says he wants to create a full-fledged third party in Illinois for those disaffected Republicans and wants to recruit Conservative Party candidates to run up and down the ticket. Practically, if he is to garner any more than cursory support, it would bode ill for Rauner, splitting off conservatives in a year that is expected to lean Democratic because of midterm elections and the unpopularity of both Rauner and President Donald Trump.

On the pension issue, McCann makes it clear he is with the unions, saying those pensions cannot be touched; they are constitutionally guaranteed deferred income. So his solution is to re-amortize that debt and spread the payments out into the future.

“Unlike Governor Rauner, I look for every opportunity to honor my obligation. He wants to try to declare bankruptcy, try to change the constitution. We owe that and need to make good on that,” McCann said.

He says he believes the state can do that and have enough money to reduce the income tax that went up from 3.75 percent to 5 percent. He says that businesses want stability in tax climate and regulations, and he says he is a social conservative opposed to the abortion law that was signed. He also says being a state legislator is his only job and he understands what it’s like to be up against it as a family living on modest means.

McCann will now need to collect the requisite amount of signatures, or likely, thousands more than that, to get on the ballot. Rauner would almost certainly challenge his ballot signatures when and if McCann files. 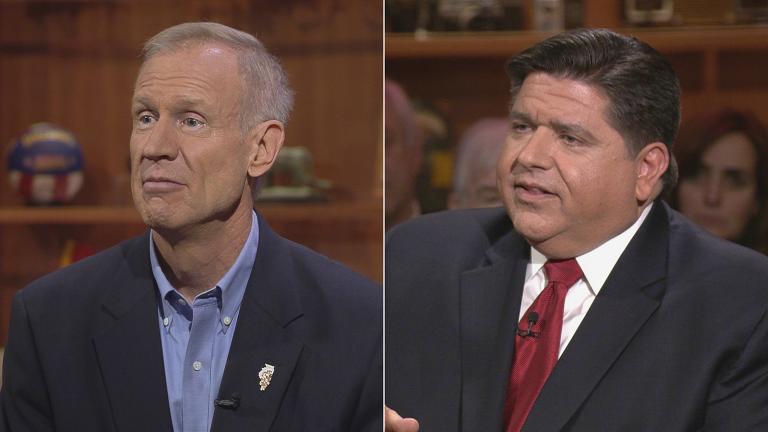 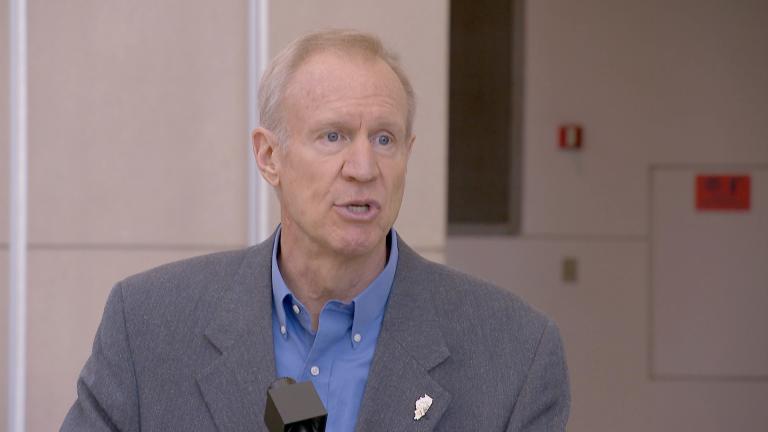 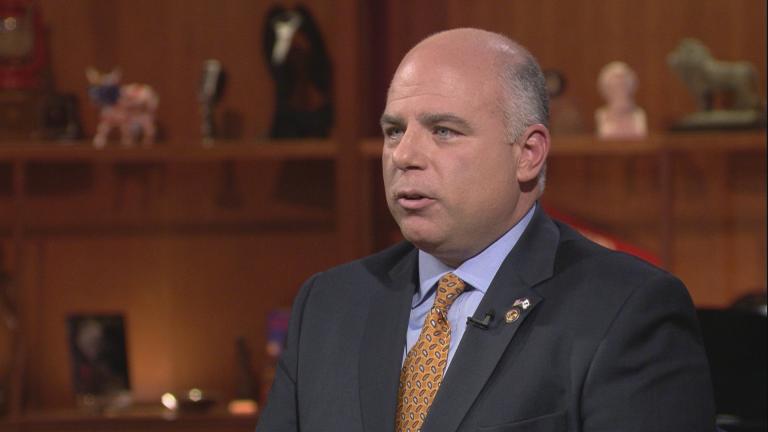