It’s difficult to know how many people have died in Syria’s ongoing civil war, but estimates reflect more than six years of bloodshed. The United Nation’s Special Envoy in the country said in 2016 that more than 400,000 have died since the conflict began in 2011. That number is not endorsed by the U.N. itself, which stopped tracking the war’s fatalities. A Syrian research group estimates that 470,000 have died. Some 6.5 million people are displaced inside Syria's borders and more than five million have left.

Many Syrian refugees recall barrel bombs, sniper fire, torture by the police and corpses left in the streets by ISIS. Some endure trips by dingy from Turkey to Greece, or stays in Jordanian camps.

These experiences appear in a new book of oral histories, “We Crossed a Bridge and It Trembled.” Northwestern University’s Wendy Pearlman interviewed more than 300 refugees for the project, some of them new Chicago residents.

She selected a portion of their stories, then arranged and edited them to create a chronological narrative of life before, during and after the Arab Spring uprising. Their voices aren’t presented as a comprehensive portrait of life under Hafez and Bashar al-Assad’s regimes, but Pearlman says individuals she interviewed often echoed one another’s reactions to certain events or ideas.

For instance, many activists recalled their first experiences protesting as elating. “When I heard my voice I started shaking and crying. I felt like I was flying,” says one.

“My first demonstration was better than my wedding day,” says another.

They also describe bombing campaigns and imprisonment. After a bomb falls near her daughter’s school, one woman stops sending her daughter to class. Two weeks later, the school itself is bombed, killing 16 children.

Pearlman conducted interviews in Lebanon, Jordan and Germany, among other countries, and the refugees face different challenges in these various places.

“In the future, I will have grandchildren who speak Dutch, Swedish and Spanish,” one reflects. “If they don’t learn Arabic, they will be strangers to each other. They won’t have any traces of where we came from. They won’t be Syrian. And I will live in exile and die in exile.” 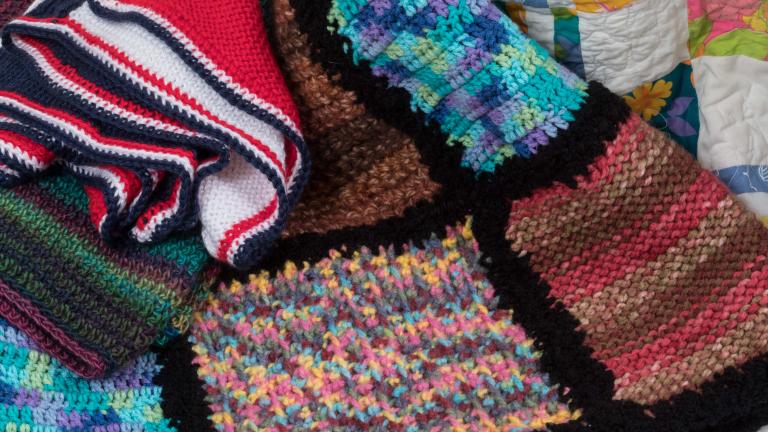 Sept. 1: To counter the divisiveness of President Trump’s proposed border wall, artist and Pussyhat Project co-founder Jayna Zweiman is seeking the public’s help to create 2,000 miles of welcome blankets to give to new immigrants. 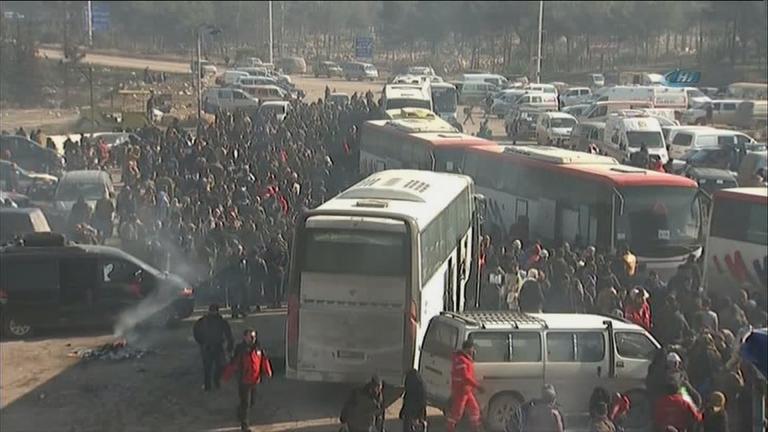 Dec. 20, 2016: As Aleppo falls to Syrian government forces backed by Russia and Iran, we look at the United States’ role in the conflict and the region.