“Oh God, the hour is dark. The suffering is great. But we will not give up. We will not surrender.”

Those words come from the closing of a sermon; not one delivered in a church, but in a book. It’s a sermon aimed at helping white Americans understand what their black countrymen have faced over the last several hundred years, and how it will take more than white empathy to create true equality.

i. Call To Worship

“Here,” she said, “in this here place, we flesh; flesh that weeps, laughs; flesh that dances onbare feet in grass. Love it. Love it hard. Yonder they do not love your flesh. They despise it. They don’t love your eyes; they’ d just as soon pick em out. No more do they love the skin on your back. Yonder they flay it . . . And no, they ain’t in love with your mouth. Yonder, out there, they will see it broken and break it again. What you say out of it they will not heed. What you scream from it they do not hear.”

America is in trouble, and a lot of that trouble—perhaps most of it—has to do with race. Everywhere we turn, there is discord and division, death and destruction. When we survey the land, we see a country full of suffering that we cannot fully understand, and a history that we can no longer deny. Slavery casts a long shadow across our lives. The spoils we reaped from forcing people to work without wages and treating them with grievous inhumanity continue to haunt us in a racial gulf that seems impossible to overcome. Black and white people don’t merely have different experiences; we seem to occupy different universes, with worldviews that are fatally opposed to one another. The merchants of racial despair easily peddle their wares in a marketplace riddled by white panic and fear. Black despair piles up with each body that gets snuffed on video and streamed on social media. We have, in the span of a few years, elected the nation’s first black president and placed in the Oval Office the scariest racial demagogue in a generation. The two may not be un- related. The remarkable progress we seemed to make with the former has brought out the peril of the latter. 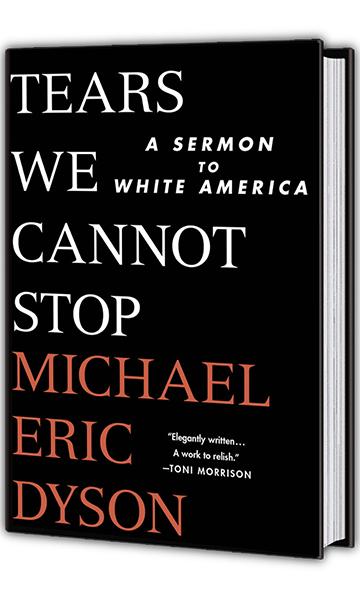 What, then, can we do? We must return to the moral and spiritual foundations of our country and grapple with the consequences of our original sin. To do that we need not share the same religion, worship the same God, or, truly, even be believers at all. For better and worse, our national moral landscape has been shaped by the dynamics of a Christianity that has from the start been deeply intertwined with religious mythology and cultural symbolism. The Founding Fathers did not for the most part believe what evangelical Christiansbelievenow. Most believers today certainly do not share Thomas Jefferson’s view of the Bible. In his redacted version of the New Testament, Jefferson purged the miracles, Jesus’ divinity, and the Resurrection. But all of us, from agreeable agnostics to fire-and-brimstone Protestants, from devout Catholics to observant Jews, from devoted Muslims to those who claim no god at all, share a language of moral repair. That language is our common meeting ground, our tool of analysis, and yes, our inspiration for repentance, our hope for redemption.

Although I am a scholar, a cultural and political critic, and a social activist, I am, before, and above anything else, an ordained Baptist minister. Please don’t hold that against me, although I’ll understand if you do. I know that religion has a bad rap. We believers deserve a lot of the criticism that we receive. Our actions and beliefs nearly warrant wholesale skepticism. (Can I let you in on a secret? I share a lot of that reaction, but that’s another book.) But deep in my heart I believe that our moral and spiritual passions can lead to a better day for our nation. I know that when we get out of our own way and let the spirit of love and hope shine through we are a better people.

But such love and hope can only come about if we first confront the poisonous history that has almost unmade our nation and undone our social compact. We must face up to what we as a country have made of the black people who have been the linchpin of democracy, the folk who saved America from itself, who redeemed it from the hypocrisy of proclaiming liberty and justice for all while denying all that liberty and justice should be to us.

Yes, I said us. This is where I take leave of my analytical neutrality, or at least the appearance of it. This is where I cast my fate with the black people who birthed and loved me, who built a legacy of excellence and strugg le and pride amidst one of the most vicious assaults on humanity in recorded history. That assault may have started with slavery, but it didn’t end there. The legacy of that assault, its lingering and lethal effect, continues to this day. It flares in broken homes a nd blighted communities, in low wages and social chaos, in self-destruction and self-hate too. But so much of what ails us—black people, that is—is tied up with what ails you—white folk, that is. We are tied together in what Martin Luther King, Jr., called a single garment of destiny. Yet sewed into that garment are pockets of misery and suffering that seem to be filled with a disproportionate number of black people. (Of course, America is far from simply black and white by whatever definition you use, but the black-white divide has been the major artery through which the meaning of race has flowed throughout the body politic.)

Now just because I identify with my people doesn’t mean that I don’t understand and grapple with what it means to be white in America. In fact, I was trained in your schools and I now teach your children. But I remain what I was when I started my vocation, my pilgrimage of self-discovery: a black preacher. It is for that reason that I don’t want to—really, I can’t afford to—give up on the possibility that white America can definitively, finally, hear from one black American preacher a plea, a cry, a sermon, from my heart to yours.

If you’re interested in my social analysis and my scholarly reflections on race, I’ve written plenty of other books for you to read. I tried to make this book one of them, but in the end, I couldn’t. I kept coming up short. I kept deleting words from the screen, a lot of them, enough of them to drive me to despair that I’d ever finish. I was stopped cold. I was trying to make the message fit the form, when it was the form itself that was the problem.

What I need to say can only be said as a sermon. I have no shame in that confession, because confession, and repentance, and redemption play a huge role in how we can make it through the long night of despair to the bright day of hope. Sermons are tough, not only to deliver, but, just as often, to hear. Yet, in my experience, if we stick with the sermon—through its pitiless recall of our sin, its relentless indictment of our flaws—we can make it to the uplifting expressions and redeeming practices that make our faith flow from the pulpit to the public, from darkness to light.

There is a long tradition of a kind of sermon, or what some call the jeremiad, an extended lamentation about the woes we face, about the woes we embody, a mournful catalogue of complaint, the blues on page or stage. Henry David Thoreau was a friend to the form; so was Martin Luther King, Jr. Instead of blasting the nation from outside the parameters of its moral vision, the jeremiad, named after the biblical prophet Jeremiah, comes calling from within. It calls us to reclaim our more glorious features from the past. It calls us to relinquish our hold on—really, to set ourselves free from—the dissembling incarnations of our faith, our country, and democracy itself that thwart the vision that set us on our way. To repair the breach by announcing it first, and then saying what must be done to move forward.

I offer this sermon to you, my dear white friends, my beloved comrades of faith and country. My sermon to you is cast in the form of a church service. I adopt the voices of the worship and prayer leader, the choir director, the reader of scripture, the giver of testimony, the preacher of the homily, the bestower of benediction and the exhorter to service, and the collector of the offering plate. I do so in the interest of healing our nation through honest, often blunt, talk. It will make you squirm in your seat with discomfort before, hopefully, pointing a way to relief.

I do not do so from a standpoint of arrogance, of being above the fray, pointing the finger without an awareness of my own frailty, my own suffering and need for salvation. And yet I must nevertheless prophesy, not because I’m perfect, but because I’m called. God stood in my way when I tried to write anything, and everything, except what I offer you now.

This is written to you, my friends, because I feel led by the Spirit to preach to you. I don’t mind if you call Spirit common sense, or desperate hope, or willful refusal to accept defeat. I don’t mind if you conclude that religion is cant and faith is a lie. I simply want to bear witness to the truth I see and the reality I know. And without white America wrestling with these truths and confronting these realities, we may not survive. To paraphrase the Bible, to whom much is given, much is required. And you, my friends, have been given so much. And the Lord knows, what wasn’t given, you simply took, and took, and took. But the time is at hand for reckoning with the past, recognizing the truth of the present, and moving together to redeem the nation for our future. If we don’t act now, if you don’t address race immediately, there very well may be no future.

TEARS WE CANNOT STOP. Copyright © 2017 by the Michael Eric Dyson and reprinted by permission of St. Martin’s Press. 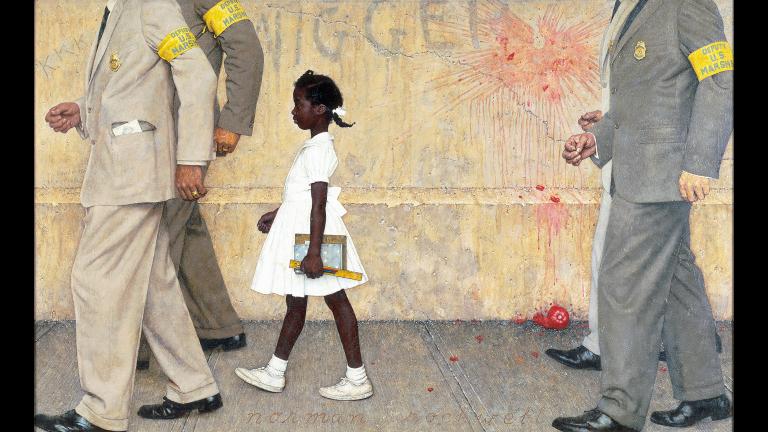