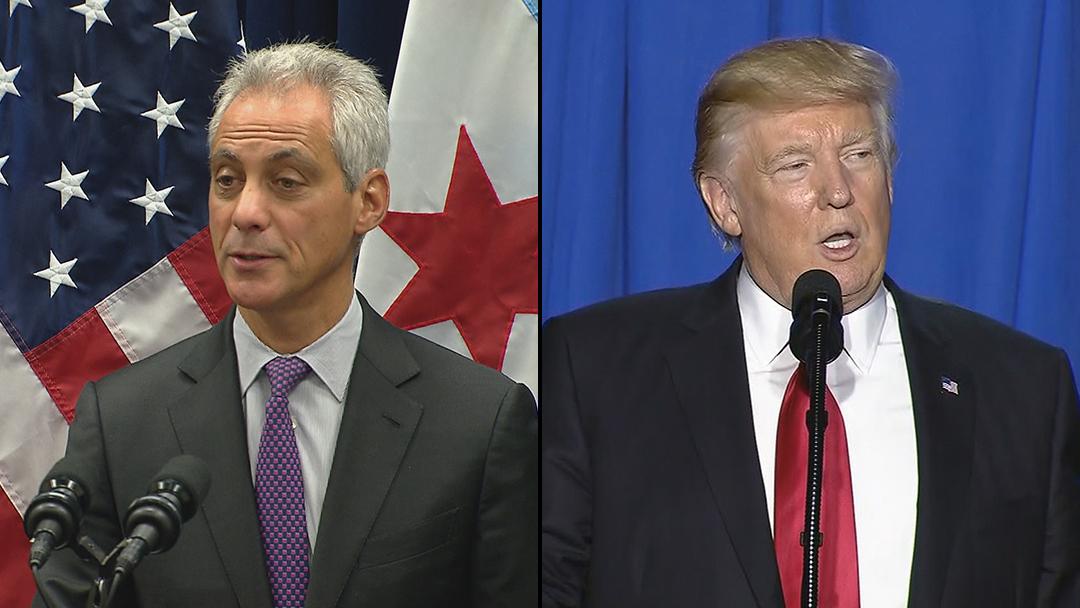 Chicago’s status as a sanctuary city that harbors undocumented immigrants is on thin ice.

President Donald Trump on Wednesday signed an executive order that strips away any federal funding that’s not mandated by law from so-called sanctuary cities. It was part of a series of orders aimed at boosting immigration enforcement and beginning construction on a wall along the U.S.-Mexican border.

“We are going to get the bad ones out,” Trump said Wednesday before the U.S. Department of Homeland Security. “The criminals and the drug dealers, and the gangs and gang members and cartel leaders.”

But the mayor and other city leaders say they aren’t backing down.

They say the city will continue policies that prohibit the Police Department and other civic bodies from sharing the citizenship status of immigrants with federal authorities, regardless of Trump’s executive order.

“I haven’t read the content of (the executive order), but I want to be clear: we’re going to stay a sanctuary city,” Mayor Rahm Emanuel said.

Some aldermen said they were concerned about the possibility of losing federal money, but that it wouldn’t deter their resolve.

“I think we have to stay strong,” said Ald. Danny Solis (25th Ward). “All sanctuary cities – New York, Los Angeles – we have to hold our own and fight back.”

It’s unclear how much Chicago stands to lose under the order, and whether or not it can be fully enforced. The Center for Tax and Budget Accountability says the number could be as little as $78 million and as much as $1.33 billion in federal grants, depending on legal interpretations.

“We are going to continue organizing,” said Rosi Carrasco of a group called Organized Communities Against Deportation. “We are telling our community members, ‘Don’t be afraid, join the organizations and organize and fight back. We are going to continue to work in solidarity with all the communities that have been impacted by the measures announced by the administration.”

While moving to cut off funding to sanctuary cities, the White House is also offering to send more federal assistance to Chicago. White House Press Secretary Sean Spicer clarified what Trump meant in his tweet late Tuesday night, in which he said if Chicago can’t fix the “horrible carnage” he would “send in the feds.”

Spicer says the president is open to various forms of federal aid to the city.

“We’ll hopefully get a dialogue started with Mayor Emanuel so we can figure out what the path forward can be so that we can come up with a plan that keep the people of Chicago safe and help ease the problem there,” Spicer said.

Emanuel on Wednesday echoed sentiments he made in our Chicago Tonight interview Tuesday night that he would welcome more federal cooperation on criminal prosecutions and more funding for anti-violence initiatives. But he and others say they flatly oppose sending in the National Guard. 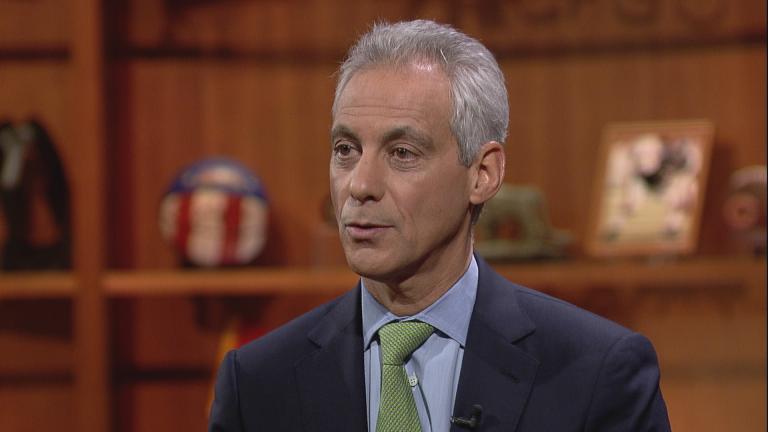