Illinois residents would pay a personal income tax rate of 4.99 percent – a mere hundredth of a percent less than it was just before rolling back at the start of Gov. Bruce Rauner’s term two years ago – under the latest incarnation of a bipartisan proposal proffered by Senate leaders.

Senate President John Cullerton and the chamber’s top Republican, Christine Radogno, have jointly backed more than a dozen, linked pieces of legislation aimed at putting an end to Illinois' historic impasse. The so-called “grand bargain” aims to put in place a budget (something the state has lacked since the summer of 2015) padded with new revenues, while also meeting some of the pro-business demands Rauner has prioritized (like workers’ compensation change) and giving Democratic stalwarts triumphs (for example, one provision would raise the minimum wage).

Radogno says she has “lived and breathed” negotiations over the past couple of months, and is optimistic the final product will pass.

“We’re not here to trick anybody and really do have the good of the state at heart,” Radogno said as she sat next to Cullerton to introduce the package before a Senate committee.

In a potential sign there’s trouble in bipartisan paradise, however, the committee never actually voted on any of the proposals.

Rather, senators spent hours hearing testimony, mainly from opponents to the various pieces of legislation.

Cullerton and Radogno portrayed it as an opportunity they can use to get constructive feedback.

“We know that there are many different competing interests in the state. And we’ve tried very hard to accommodate both points of view. At the end of the day, not everyone is going to love this. There’s parts I’m not wild about. I’m sure there’s parts the Senate president isn’t wild about. And there will be some very, very difficult votes,” Radogno said. “But if we don’t do anything, we need to look at what our alternative is. Our alternative is to continue to do nothing. We have no spending authority whatsoever at this moment. Which means higher ed, human services, government operations, are simply not funded. And further more every single day we continue without a plan in place, we go deeper into a hole.”

The evolving nature of the package is evidenced by a series of additions and subtractions unveiled Tuesday afternoon, primarily focused on how Illinois will bring in new revenue, including higher than originally proposed income tax rates. Collectively, the revenue component is estimated to bring in $6.5 billion annually.

“Two years of a state impasse and 20 months of ... working groups between the two chambers makes this the slowest budget negotiation in the history of the state. There is nothing rushed about this,” Senate sponsor Toi Hutchinson, D-Chicago Heights, said. “The state is in a very difficult position right now and it's time we all started acting like it.”

No longer is there a special tax on sugary beverages, as Hutchinson said that could “tank” the entire thing.

In its place: a new series of excise tax on dry-cleaning, laundry, storage, amusement, landscaping and certain service repairs.

Also, a “business opportunity tax” that charges companies based on payroll, which at least one Republican has dubbed a “job killer tax.”

Carol Portman of the Taxpayers' Federation of Illinois says she wants to support the latest version and applauds some of its developments, but she can't back it as-is because the excise taxes create more confusion in Illinois' already complicated, muddled tax code.

“Broad base, low rate is the right way to go,” Portman said in a nod to the principle behind taxing services.

But Portman says as currently designed, “this creates layer upon layer of new complications.”

It’s feedback that Hutchinson says she may take into consideration.

Still, the opposition to the disparate elements of the package runs deep (the National Football League and the state association for drivers’ education teachers are against portions). And it includes politically active organizations that have been calling for an end to the impasse, such as teachers’ unions, as well as key Rauner allies, such as the Illinois Chamber of Commerce, Illinois Manufacturer’s Association and the conservative Illinois Policy Institute.

“Any revenue package that you come up with is going to be difficult. Nobody wants to pay more taxes. Nobody wants to do that,” Hutchinson said. “But we also do not want ... the one thing that we can fix – which is the stability of Illinois, so we can finally say 'we're open for business again’ – for that to be what we trade away because people don't want to make hard political choices.” 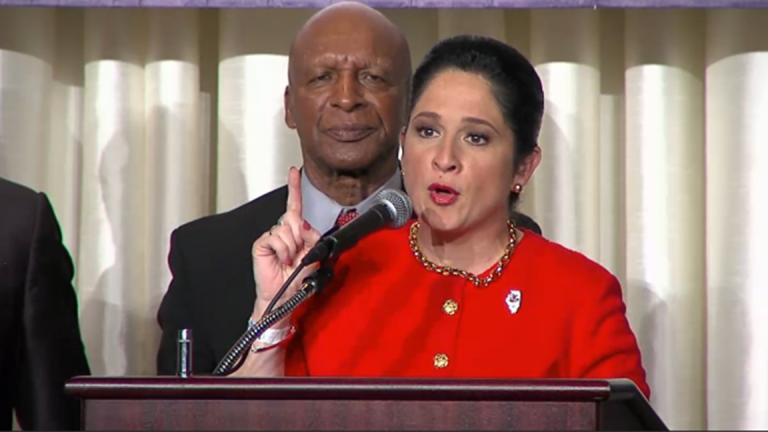 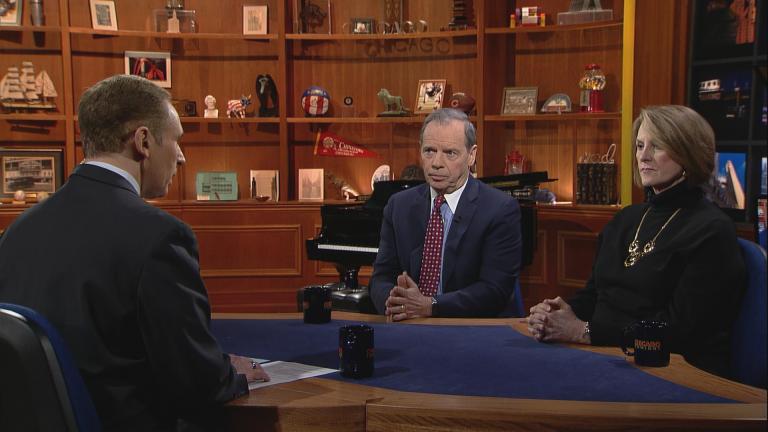