At its first meeting of the school year, the Chicago Teachers Union’s 800-member House of Delegates passed a resolution to take a second strike authorization vote with full membership.

Union leadership expects they'll have no problem getting members to pass another authorization, but the say they’re taking this second vote to avoid any challenges to the first vote, taken in December. That one passed with 96.5 percent of members voting yes. But because the union did go on a one-day strike in April, they want to be sure there's no way the legality of a strike could be challenged if members do indeed walk out.

The House of Delegates is scheduled to meet again the first week of October. CTU leadership says that depending on how contract negotiations go, they may or may not call an emergency meeting to set a strike date.

“A strike can be averted, and CPS will work tirelessly to make sure children’s education and progress is not interrupted. CPS teachers do great work – especially propelling the Chicago students’ remarkable academic gains – and we want to give them a fair raise that works within our budget constraints.

“A strike is a very serious step that affects the lives of thousands of parents of children, and we hope that before taking that step, the CTU’s leadership shares the detailed contract recommendation from the independent third party fact finder with teachers and other staff.”

The CTU’s constitution authorizes the House of Delegates to call for strike votes, set a strike date and decide whether or not a tentative contract agreement should be issued to the full membership for a vote.

But in January, the CTU announced it had received a “serious offer” from Chicago Public Schools. Rather than taking the contract offer to the House of Delegates, leadership asked its “Big Bargaining Team” to weigh in. The group of 50 rank-and-file members unanimously voted the offer down.

“We do not have a tentative agreement,” Monique Redeaux Smith, a CPS teacher and members of the bargaining team, told reporters the day the union made the announcement. The union released a video showing the group taking its vote.

Their action threw into question how well CTU President Karen Lewis had taken the pulse of her membership. But it also raises a question: Why didn’t CTU leaders ask the elected House of Delegates to consider the contract? 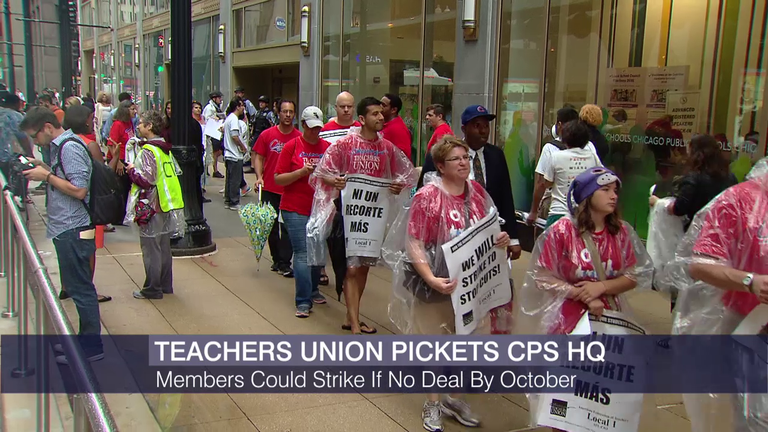 Chicago Teachers Union members protest outside of a CPS Board of Education meeting on Aug. 24.

A blog post on the CTU’s website explains that the bargaining team represents a cross-section of union members, and includes members from the elected executive board and House of Delegates. Its job is to “help look at any board proposals to ensure member interests are reflected at every step of the bargaining process.” The post describes the team as a “critical group of leaders” who’ve been “invaluable providing the detail and insight necessary to negotiate the best terms and conditions for our next contract.”

“If it’s not good enough to pass muster with the people that have to work under it, then why would we put it out?” Lewis said of the contract.

The union’s constitution says that “action by the House to authorize a strike or accept or reject a partial or final collective bargaining agreement shall be advisory only and in both instances shall be subject to a final, direct vote of regular members.” The House is also responsible for setting the actual date of a strike.

The constitution provides that the delegates are elected at individual schools and serve three-year terms.

Salazar said when the bargaining unit voted the last contract offer down he felt uninformed about what the other issues were.

But when asked about it during an interview, Lewis resisted promising that the House of Delegates would vote on the next offer. 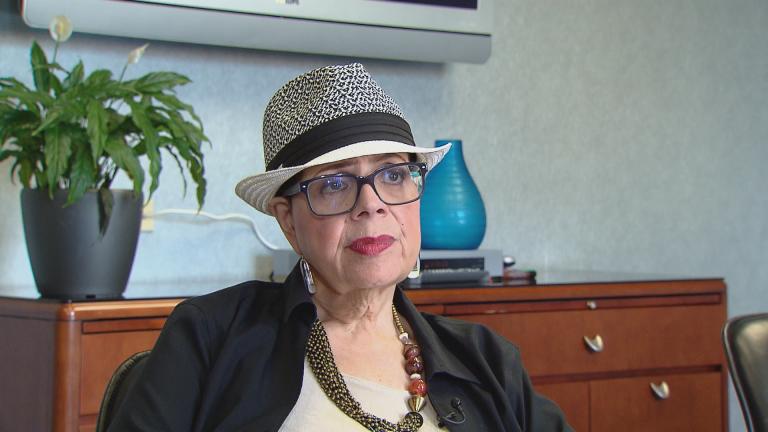 Sept. 6: For the second year in a row, Chicago Public Schools begins the school year without a teachers contract. Can a deal be struck soon?