With more and more Chicago schools being found to have elevated levels of lead in their water, some Chicago aldermen are now calling for public hearings on the issue.

As of June 15, CPS has received the results of water tests from 81 schools, with 24 of those reporting lead levels above the federal standard. Of the testing of 1,203 fixtures, such as sinks and drinking fountains, 49 had at least one sample with high lead levels, according to the district. Fixtures that were found to have high lead levels were turned off.

WBEZ’s Monica Eng has been reporting on the story and brings us the latest on Thursday.

“No one has quite looked at what happens when they’re in schools,” Eng said. “But there was at least one student – she had high blood levels, and then they couldn’t figure out what was happening in the home. She happened to go to a school that did have high levels in their fountains.”

At Tanner Elementary School, some students were found to have high levels of lead in their blood. Eng said the level in the water at that school was 114 parts per billion.

“Nobody’s done that ‘A plus B equals C’ study, but it’s troubling,” Eng said.

Eng said CPS initially said the testing was done “out of an abundance of caution.”

“But now that pretty consistently we’re finding that about a third of the schools have elevated levels, and some of them very elevated levels, they’re saying, ‘now, we’re going to have public meetings,’” Eng said.

“Parents are not happy, and I think in these meetings next week, we’re going to be hearing from a lot more parents,” Eng said.

According to Eng, the district said it’s happy to participate in those meetings, and it plans to resolve the issues at the schools where high lead levels are found.

“At Reilly [Elementary School], they say they’ve made some modifications to the plumbing. That’s where they found 354 parts per billion in the main water fountain,” Eng said.

Below, a map shows locations around the district where lead was detected in school water supplies. 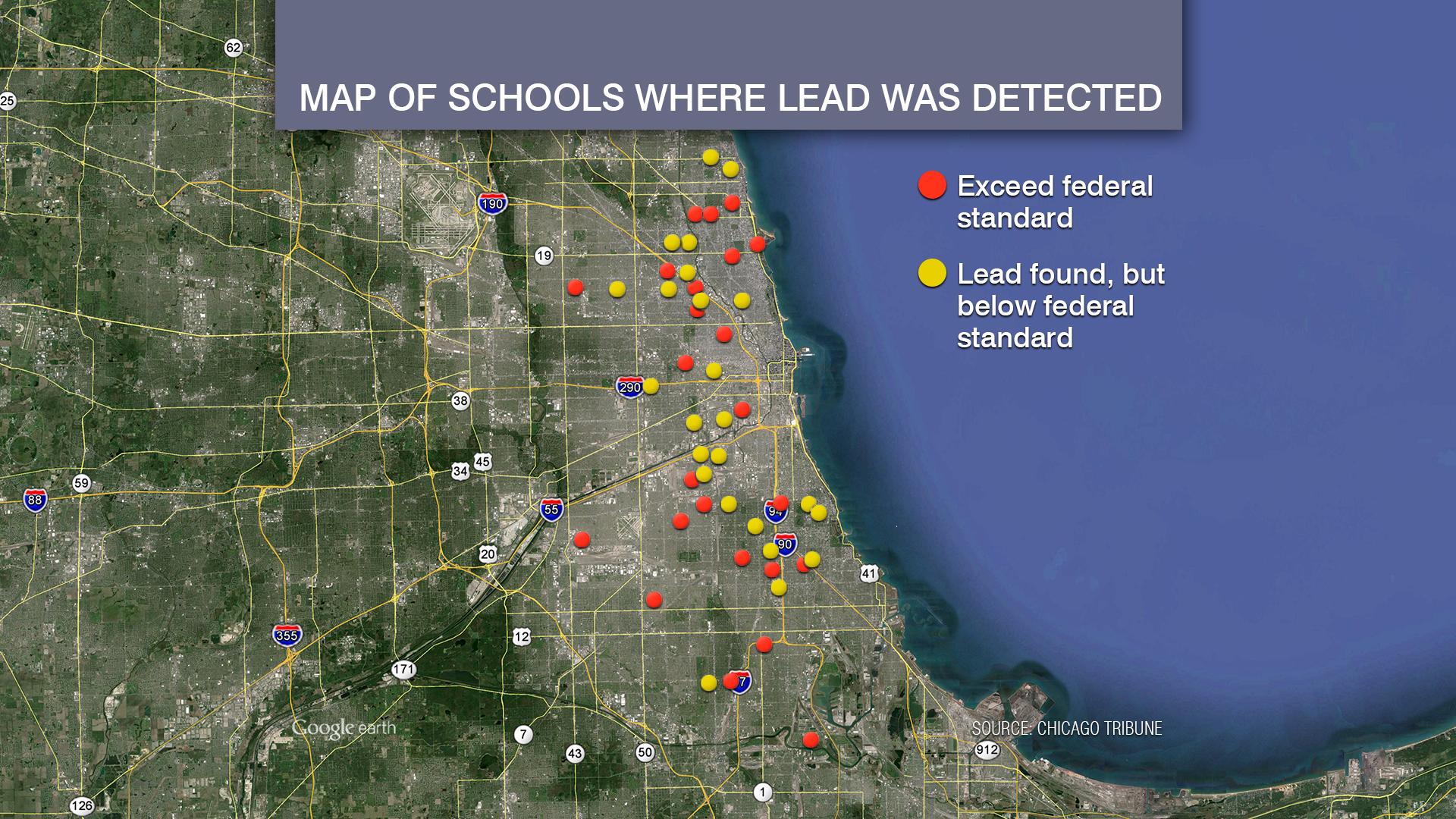 Next week Chicago Public Schools will hold a series of community meetings about the ongoing lead testing in schools. Each meeting will be one hour long. See a list of those meetings below. More information about the water tests can be found here. 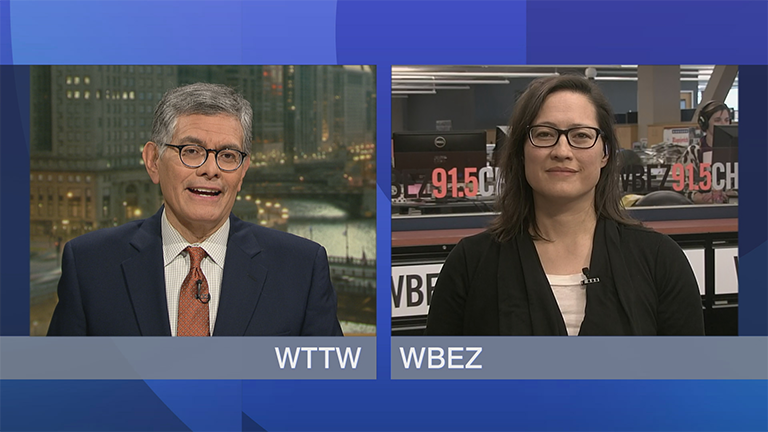 City Expands Eligibility for Lead Service Line Program Amid Slow Start
Watch and Listen Anywhere, Anytime
Like us Follow us