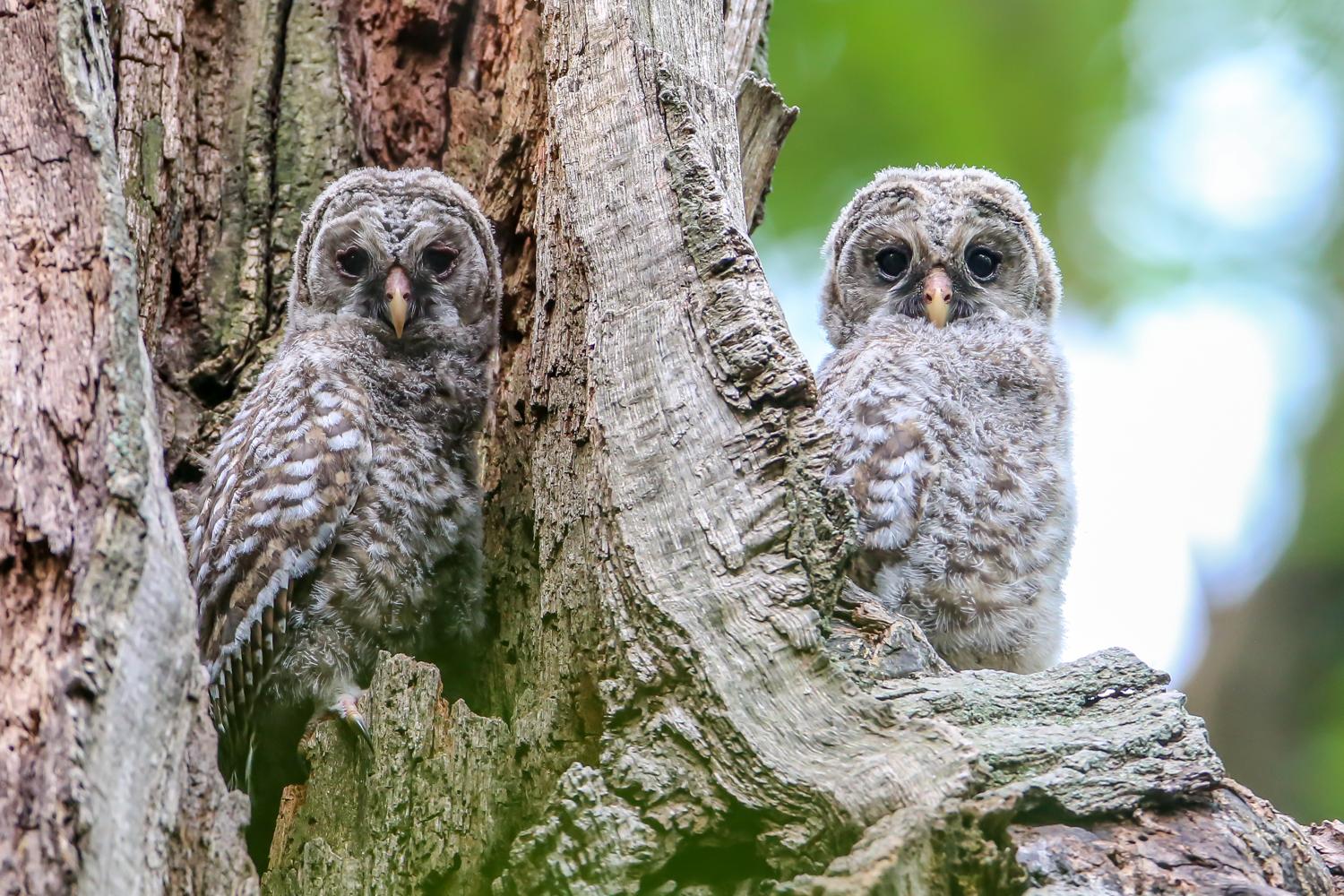 Later that day, he called up Field Museum ornithologist Josh Engel to report his discovery. Engel was surprised by the news.

“There are very few barred owls relative to the eastern screech and great-horned owls,” Engel said. “There are maybe fewer than 10 pairs in Cook County. Given the size of the county, that's not many at all.”

Since his 2014 sighting, Feeney has returned to the site periodically but hadn’t seen any activity until May 22, when he saw one adult and one young owl in the same tree. He believes the adult is one of the same owls he saw two years earlier. 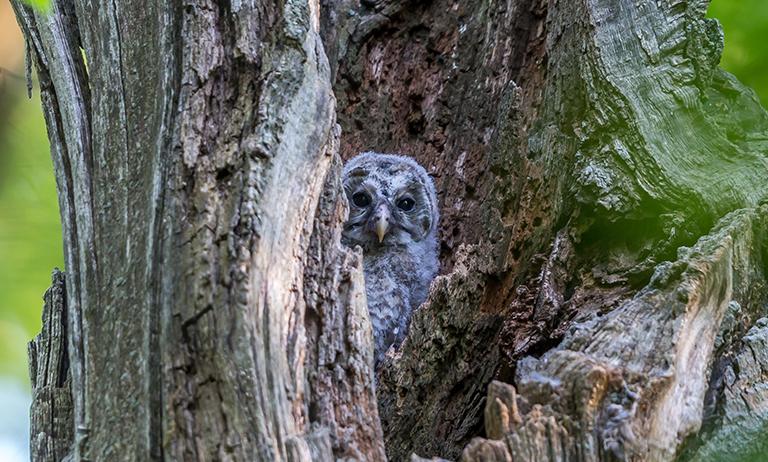 A photo taken on May 22, 2016 shows a barred owl chick in the same tree where Josh Feeney had spotted a family of barred owls two years earlier. (Josh Feeney)

“Because it’s the same tree, I’m sure it’s the same parents,” Feeney said. “Barred owls are known to not only have the same mate for life, but they also tend to nest in the same place year after year.”

For Engel, evidence of barred owls breeding in the area is great news.

Feeney spotted the owls in a tree cavity located about 30 to 40 feet up a dead tree that had fallen some years earlier.

“This tree is actually right off the trail,” Feeney said. “But the trail is not very well used because this place is wet quite a bit, which deters people.” 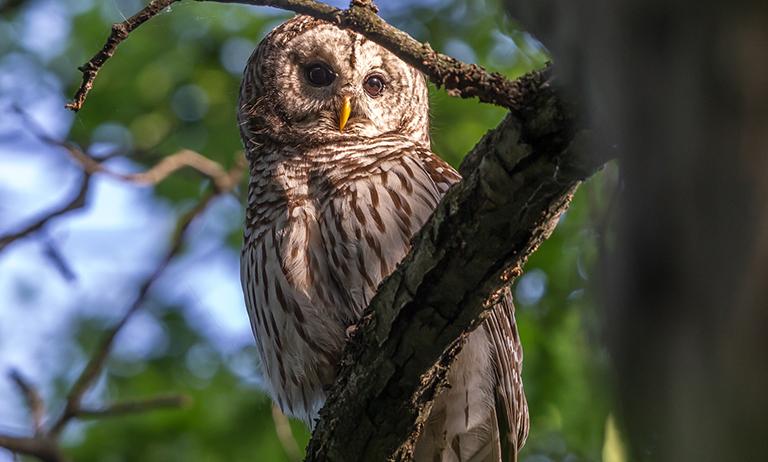 Feeney is confident this barred owl photographed a few days ago is one of the adults from the pair he photographed in 2014 at the same location. (Josh Feeney)

Feeney tries to create as little disturbance as possible during his wildlife excursions and wears full camouflage. He’s also not afraid to get a little dirty – and damp.

“I have big, heavy wading boots because most of the trail is half-underwater,” he said. “It’s a good natural deterrent.”

Feeney said he has at least another week or two before the chick starts developing feathers needed for flying and leaves the nest for good. He plans to keep visiting the woods before that happens, but don’t ask him for directions: He doesn’t disclose the exact location of the nest in order to protect the owls from extra attention. If one of the adult owls were to get spooked and leave the nest, it could abandon the site – and its young – for good.

If you haven’t seen a barred owl, you may have heard one. Unlike some other owl species, barred owls will vocalize during the day as well as at night. They have a distinctive hoot that’s been described as “Who cooks for you? Who cooks for you-all?”

May 24: Since 2003, a group called the Chicago Bird Collision Monitors has made it their mission to collect birds killed or injured from striking buildings and other structures. 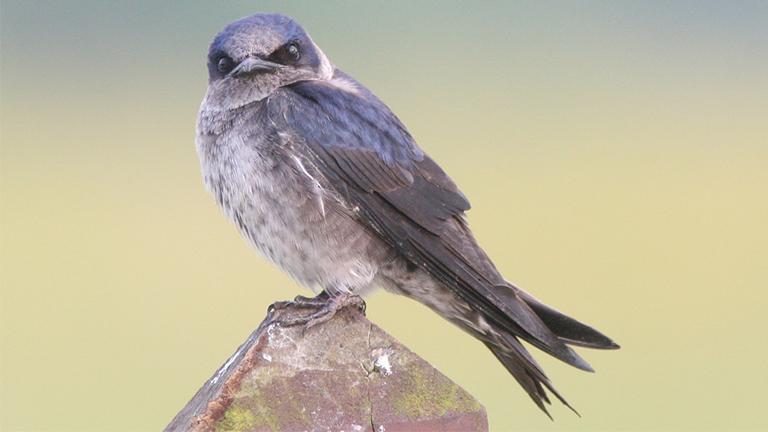 May 6: The migratory birds are starting to nest in the area, but their nests don't look like those found in trees. 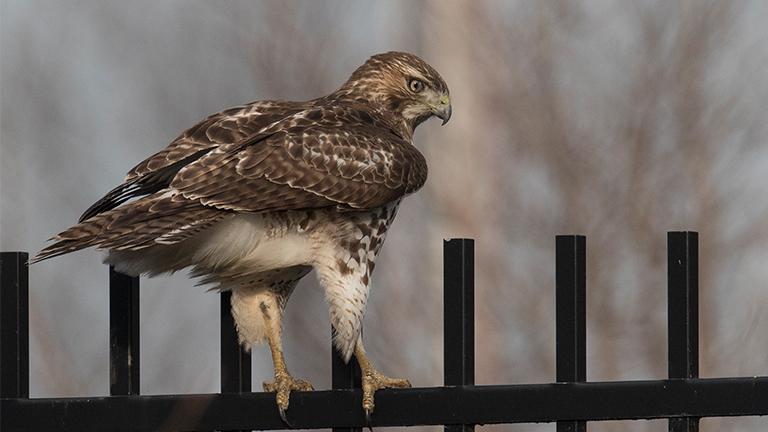 Memorial for Chicago’s Piping Plovers Monty and Rose Full of Joy, Hope: ‘It Doesn’t End Here’
Watch and Listen Anywhere, Anytime
Like us Follow us