Dorothy Brown Won't Back Down Despite Losing Democratic Endorsement

The Cook County Democratic Party did an about face last week when it pulled its endorsement of Cook County Circuit Court Clerk Dorothy Brown. It was just two months ago that the party gave her its backing for a fifth term in office; what changed between late August and last Friday was an apparent intensifying federal probe into Brown’s financial dealings.

Brown has not been charged with any wrongdoing and—while her party may have lost confidence in her—for the time being, the clerk is not backing down, giving in or admitting to any misdeeds.

She joins us to talk about the reported FBI investigation, the party’s decision to back another candidate and her work in the county court clerk’s office.

Addressing the committeemen of the Democratic Party last Friday, Brown pleaded for their continued support and said, "I have maintained integrity in my office and worked very hard to earn your support."

What do we know about the federal investigation?

Earlier this month, an FBI agent approached Brown and asked for her government-issued cell phone, as first reported by Politico, which also added that employees in Brown’s office received federal subpoenas.

Unnamed sources told reporters with the Chicago Sun-Times, Fox 32 Chicago and the Better Government Association that a grand jury was looking into allegations that Brown took loans from employees in exchange for jobs or promotions.

One source told the reporters that investigators asked about “personnel stuff. Was somebody paying for a job? Why was this person promoted? Pay to play?”

The Chicago Tribune also reported the focus of the investigation involves a land deal with one of Brown’s campaign contributors. In 2011, Narenda Patel gave Brown’s husband, Benton Cook III, a piece of property in North Lawndale at no cost, the Tribune reported. The property was then sold months later for $100,000. Brown has received more than $86,000 in campaign contributions from Patel and his company, Medstar Laboratory Inc.

In an interview with ABC7’s Charles Thomas, Brown said she was approached by a federal agent and did hand over her cell phone. But she said the news was overblown.

“These kinds of things happen to people in my type of position all the time,” Brown said. 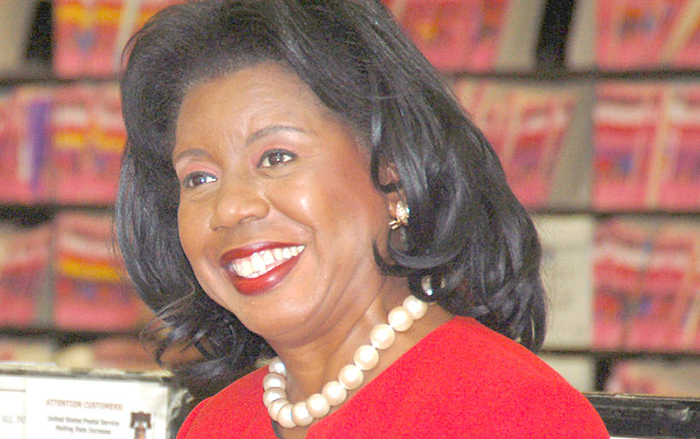 Cook County Democratic Party officials have decided that Dorothy Brown is out and Ald. Michelle Harris (8th Ward) is in as their endorsed candidate for Cook County Circuit Court Clerk.

In an interview with “Chicago Tonight” prior to her re-election in 2012, Brown shared her qualifications for the position of Cook County Circuit Court Clerk and the modernization efforts to the court system that she would implement, describing herself as “innovative, hard-working and tough-minded.”