There was no public countdown, no fanfare this time. And yet, a corpse flower is blooming – right now – at the Chicago Botanic Garden.

According to Tim Pollak, an outdoor floriculturist at the garden, those monitoring the flower – named Alice – had known for the past two weeks that it was close to blooming.

"We were very low key this time, just making sure that it opened up," said Pollak. "We knew it was going to open up ... it was just a matter of time."

Known for it's incredible stench, the rare titan arum's bloom came as a surprise to the garden, which celebrated another such plant, Spike (and it's highly anticipated but never realized bloom), last month (read more about Spike here). This time around, the garden waited to make the announcement until they were sure the plant would, well, finish what it started.

The Botanic Garden staff – who all sported Alice T-shirts Tuesday morning – was aware that Alice would bloom just a few days after Spike was taken off display, according to Pollak.

On Tuesday morning, about 25 people were rotating in to get a look – and a whiff – of the corpse plant, which smelled vaguely of rotting meat.

"I'm smelling ammonia and a little bit of a dead animal smell," Pollak said. "Like a dead mouse underneath your kitchen sink."

In the video below Pollak elaborates on the corpse flower's blooming.

But other visitors seemed slightly disappointed that the smell wasn't more pungent.

"Dirty socks. Almost like our compost bin," said Brandie Langer from Palatine, who came with her daughter Emma. "I thought the smell was gonna be worse. Or maybe we've just been in here long enough that I'm used to it," Langer said laughing.

"Blue cheese, smelly cheese. That's what it smells like to me," said Betty Braet, a member at the garden.

Today, Alice the corpse plant is in full bloom. It's a sibling of Spike and will be on display in the semitropical greenhouse all night on Tuesday. More visiting details below.

On Tuesday, the CBG announced that Alice will be on display in the semitropical greenhouse through 2 a.m. Wednesday, Sept. 30. Get information on parking fees here. Admission is free. Pets are not allowed, except for service animals.

Get driving directions to the garden and information on public transportation. Prefer to ride your bike to the garden? Find a map here.

Watch a livestream of the bloom below.

The titan arum goes by the moniker corpse flower because of the notoriously foul scent it emits, which has been described as a putrid mix of Limburger cheese, rotting meat and stinky feet. 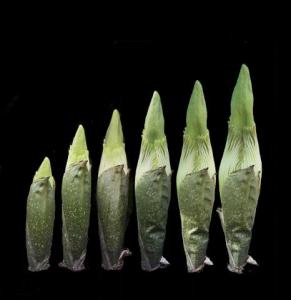 Photos of Alice’s growth from Sept. 18-23. (Photo courtesy of the Chicago Botanic Garden)

While off-putting to humans, the odor attracts the flower’s natural pollinators, such as carrion beetles and flesh flies. The smell can be emitted for hours, so there’s time for you to get a whiff of Alice’s signature scent at the garden.

A blooming titan arum is a rare occurance, both in the wild and at botanic gardens (as we saw in the case of Spike, who lacked the energy to bloom, according to botanists). It can take 10 years or longer for a plant to grow before blooming; Spike was growing for 12 years before it began showing signs that it may bloom.

Each year, the corm of a corpse plant sends up a leaf to absorb energy from the sun. If enough energy is stored, the corm will send up a flower bud and try to reproduce. Even then it’s unclear whether what’s emerged is a leaf or flower bud. When in bloom, a 6-8 foot spike will be enveloped by a frilly maroon flower at its base.

Did you see Alice? Tell us what you saw in the comments section below. You can also share your photos of Alice with us by using the form below. 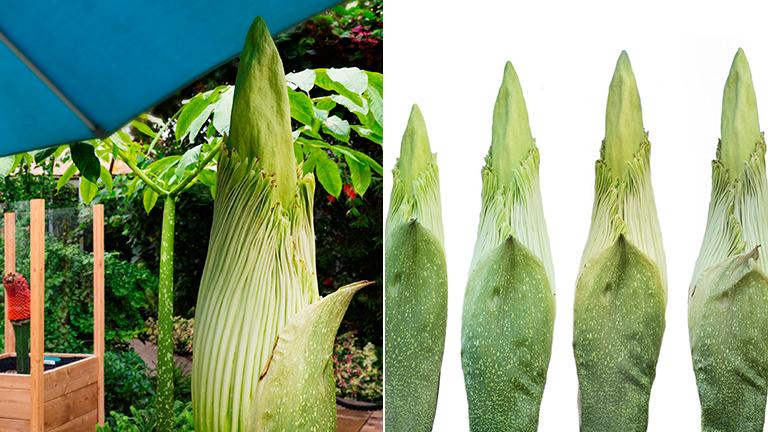 Another Corpse Flower to Bloom at Chicago Botanic Garden 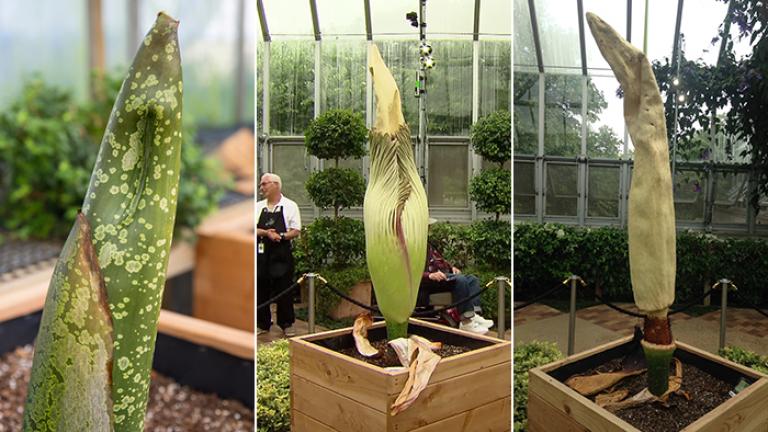 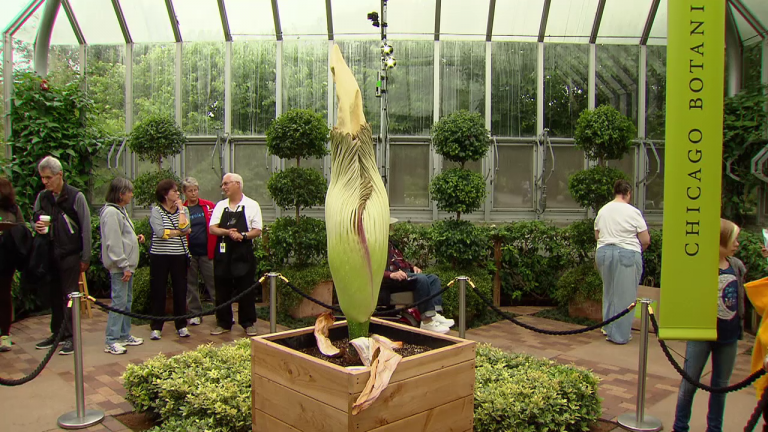 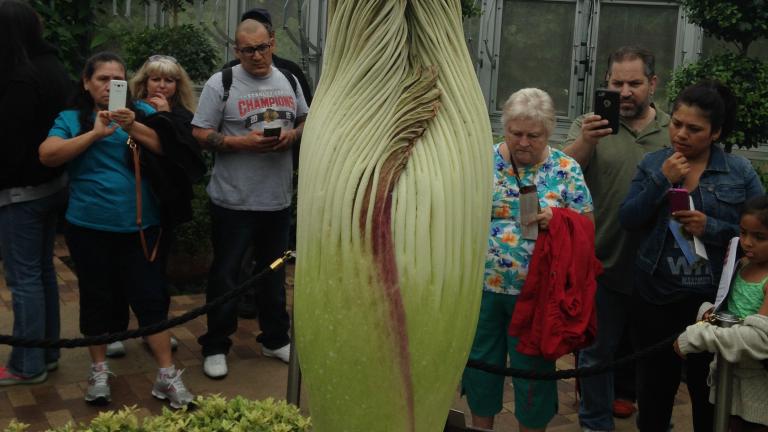 Corpse Flower Ready to Bloom at the Chicago Botanic Garden