Now that the National Labor Relations Board has dismissed efforts by Northwestern University football players to unionize, is the game over, or has the unionization effort already paid off for student players?

Eldon Ham, an adjunct professor of sports law at the Illlinois Institute of Technology's Chicago-Kent College of Law, the legal analyst for WSCR Sports Radio, and the author of five books on sports history, joined us with his reaction to the decision and thoughts on the future.

On what the board decided

"They decided not to decide, which is the short version, but they took about 19 pages to get there. They were careful to avoid saying that these student-athletes are employees of Northwestern University, or employees at all. The decision didn’t say if they were at all. What it did say was ‘we really shouldn’t have taken this case and we’re not really taking it now because we don’t think that a football team at Northwestern is an appropriate collective bargaining group, and never could be.’ So they skirted the issue of employees and they decided not to take the case anyway, so the result is no union."

"What surprises me is that they not only punted, but they punted on first down. This never got to gain any traction. Because when they didn’t deal with the employee issue, it tells me something—in law it’s great to listen to what people say and also what they’re not saying. I think, reading between the lines, this NLRB board thinks that the players probably are employees, for purposes of labor relations, but didn’t want to open that can of worms because it didn’t have to."

On the idea that some political factors might be at play

"Political in a sense that the NCAA as a bureaucracy and wanting to maintain the status quo and stay away from change that is too sweeping. Because everybody’s always more comfortable with the way things used to be. But I think some enterprising student-athletes will try this again in a different venue, with a broader group perhaps."

"The NLRB doesn’t have public jurisdiction over the public universities so therefore it would not be a good idea, let’s say for the students at Ohio State—a state university—to try and organize as employees there. But, overall, if all of them could get together and join a union, then the NLRB might say that ‘all Division I football players, maybe.’ They’re just leaving that door open. But I think they ought to switch gears completely and deal with the NCAA as what it may have become, and that’s a cartel."

On schools making large sums of money from athletics

"Industry-wide it’s a $3.5 billion proposition. It is a money-maker overall and a lot of the schools say, ‘hey, we’re benevolent, we take the money and we reinvest it in the athletic program or in the non-revenue sports.’ To some degree that’s right, but when you look at a coach that makes $5 million a year, then gets his own endorsement deal and pockets the money, you wonder how much credibility there is to that."

"So far it hasn’t tarnished the image of the actual schools as much, especially Northwestern. At first, you could tell there was a little hesitation in their voice, but then it dawned on them, ‘look, these are our students of course they did something innovative, they’re Northwestern students.’ So they did take the high road.

The NCAA though has been getting a lot of flak, especially when they say these kids have to be amateurs in every sense—meaning they’re destitute. Even as the NCAA assists in the negotiation of the sale of all their rights to video game companies and fantasy sports leagues who use their image and likeness, it’s just that they don’t get anything for it. That’s where you start losing the public, you lose public opinion, and that might be helpful in pushing the NCAA to make some sweeping changes."

On changes that have come from players’ efforts to unionize

"The NCAA has been more receptive to some of these other ancillary arguments. Such as stipends for the players that could be implemented sooner than later.  And they are getting pushed in the direction of what to do with these fantasy sports leagues, and using the image and likeness. So there are changes, but the NCAA, like any organization that is a bureaucracy, will move slowly unless you push it to move fast."

On the idea that a union would damage college football

"If you organize it the wrong way, it could, because you have groups of people negotiating special privileges for their own union, but if it doesn’t apply to the entire conference or all of the football players, it creates an anomaly. And who has the authority to grant their requests?"

On the possibility of a players union forming in the future

"I think they will either be allowed to unionize or they will have a better, meaningful say in the creation of the rules that they have to follow. And that would either happen because the NCAA grants it, from public pressure and otherwise, or a court orders them to do that—let’s say they get sued for an anti-trust violation, saying ‘you’re just doing this to hold down the compensation and the rights of the players for your own benefit.’ I think that’s a winning case and if that ever happens, then the NCAA may be forced to have to do it."

The National Labor Relations Board has overturned its historic March 2014 decision to treat Northwestern University scholarship football student-athletes as employees, and ruled on Monday that the players will not be allowed to form a union.

The unanimous NLRB vote determined that unionizing one university would create unbalanced competition and labor instability among the 125 football programs in the NCAA’s Football Bowl Subdivision. However, the board did not consider whether the players are "statutory employees" in its determination, which leaves an opening for college athletes to try and unionize in the future.

The NLRB stated the following in a release issued Monday:

“In the decision, the Board held that asserting jurisdiction would not promote labor stability due to the nature and structure of NCAA Division I Football Bowl Subdivision (FBS). By statute the Board does not have jurisdiction over state-run colleges and universities, which constitute 108 of the roughly 125 FBS teams. In addition, every school in the Big Ten, except Northwestern, is a state-run institution.  As the NCAA and conference maintain substantial control over individual teams, the Board held that asserting jurisdiction over a single team would not promote stability in labor relations across the league.”

Read the full story posted on Chicago Tonight on Monday. 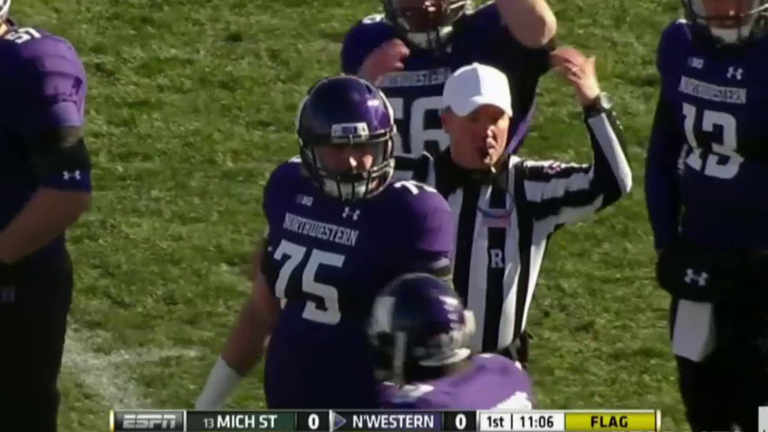 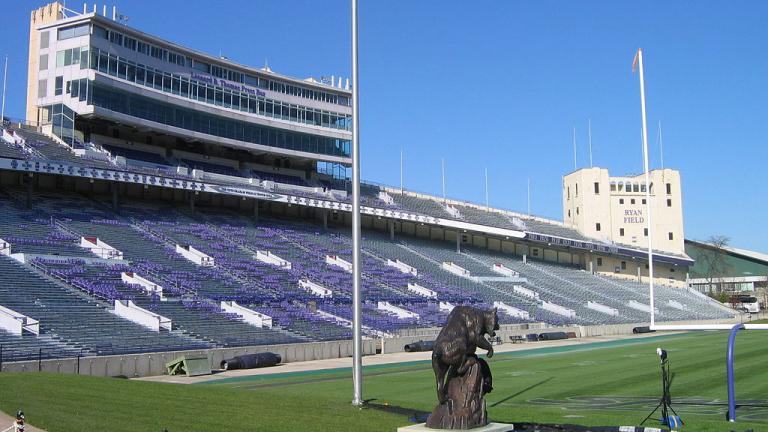