A plan to equip some Chicago Police officers with body cameras is set to roll out this week, according to campaign statements made by Mayor Rahm Emanuel.

The trial program is aimed at increasing transparency of police when they are on the job. The plan comes amid a mayoral campaign in which public safety and the status of Police Supt. Garry McCarthy are hot topics. 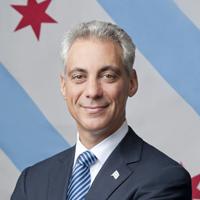 The plan is to roll out 30 cameras in the 14th police district on the northwest side of Chicago in the Wicker Park/Logan Square neighborhoods. Officers will wear the cameras clipped to Google Glasses or headgear, and also on their body to video and audio record routine calls, traffic stops, high-speed chases and other police action.

Officers have to flip the cameras on and off, and they pre-record 30 seconds before they’re actually turned on. The mayor, in a campaign speech today, called it a core part of his public safety agenda for a second term, and said the use of the cameras would increase trust between community members and police.

“This is a tool to help the police continually build trust with the community,” Emanuel said. “And we’ll closely monitor this program making necessary adjustments along the way, then work to expand it over the next four years across the department.” 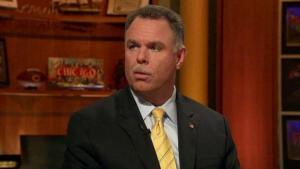 McCarthy said “trust” wasn’t exactly the point of the program.

“Other people say it builds trust,” he said. “It may build trust, it may not build trust.”

But, he said he’s been a long-time supporter of body cameras.

“Everybody acts better on film, whether it’s the individual you’re speaking to or the officers themselves,” said McCarthy. “Where it’s been used across the country, complaints against officers have dropped dramatically. And it will clear up those issues where it becomes a ‘he said/she said’ because now we have video evidence.”

The cameras are being supplied for free for this pilot program by a company called TASER International. McCarthy admits that if they go with the program and expand it, it’s going to cost the city a considerable amount of money.

Other aspects of the mayor’s second term safety plan include an expansion of summer job programs and a continuation of the current strategy of saturating high-crime areas with more cops, many on overtime. 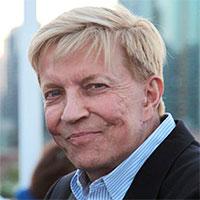 The rollout today comes amid a mayoral campaign where some contenders are saying they’d like to replace McCarthy as police superintendent. Ald. Bob Fioretti (2nd) said he would get rid of McCarthy while Chuy García said he’d leave the door open for McCarthy to stay. But both said they would look to the rank and file in the department for possible replacements.

McCarthy has served four years. The homicide rate initially spiked but has steadily gone down over the last two years, although still lags behind Los Angeles and New York. 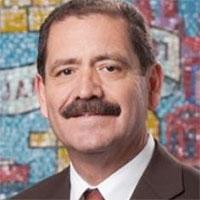 McCarthy says he still loves his job and plans to stay a long time if the mayor is reelected.

Fioretti has long called for more police officers on the street as well, and credited the lower homicide rate to first responders who get to crime scenes quicker and are able to keep more people alive.