From a tiny shark tooth found in the Arctic to electronic tattoos that can monitor brain, heart and muscle activity, Neil Shubin joins us on Chicago Tonight at 7:00 pm with a roundup of local scientific breakthroughs.

Micro-Robots
Physicists at the U.S. Department of Energy’s (DOE) Argonne National Laboratory can now successfully control the movements of micro-robots. Alexey Snezhko and Igor Aronson discovered that the robots—a mere half a millimeter wide—respond to an alternating magnetic field when they are placed between two non-mixing liquids, provided the magnetic field is applied perpendicular to the liquids surface. With this field, the robots form into star shapes, and Snezhko and Aronson can manipulate the robots to pick up, transport and put down other non-magnetic particles.

"They can exert very small forces on objects, which is a big challenge for robotics," Aronson explained. "Gripping fragile objects without smashing them has always been difficult for conventional robots."

Snezhko and Aronson named these star shapes “asters.” They can pick up objects much larger and heavier than themselves, such as a glass bead weighing four times as much as the aster, and even work in teams.

In the following video, the robots work in a team to act as a vacuum cleaner.

The robots can self-repair, and bridge the gap between the previous primary techniques for microscale manipulation: laser-powered manipulation and mechanical manipulators.

"You can grab microparticles with lasers, but the force is much smaller," Snezhko explained. "These asters' forces are more powerful, but they can handle items much more delicately than mechanical micromanipulators can." 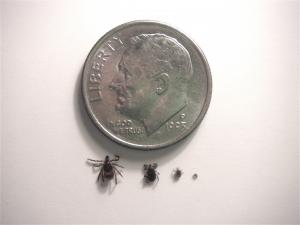 Ticks & Lyme Disease
According to a new study led by the University of Illinois, deer ticks and Lyme disease bacteria could be more adaptable to new habitats than previously suspected. Illinois Department of Public Health entomologist Linn Haramis reports that in 1998, deer tick was established in eight Illinois counties. Now, it’s in 26.

“We’ve had several years in a row where we’ve had over 100 cases, up from about 30 per year more than 10 years ago,” Haramis said. “It’s not a huge increase, but it’s been steady and there’s an upward trend.”

Prairie vole may be a reservoir host for the Lyme disease bacterium, B. burgdorferi. Wildlife veterinary epidemiologist at the Illinois Natural History Survey Nohra Mateus-Pinilla helped lead a study on the matter.

“What’s exciting about the new findings is that we are dealing with potentially new mechanisms of disease transmission that we just have not explored and perhaps we do not understand,” Mateus-Pinilla said. “We need to think outside of what we already know about Lyme disease transmission.”

View a photo gallery of the findings. 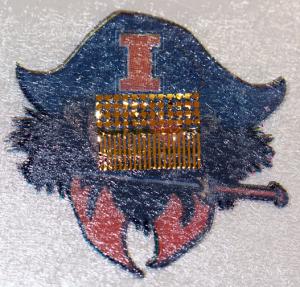 Electronic Tattoos
Want an electronic tattoo? Engineers at Northwestern University and University of Illinois at Urbana-Champaign have developed a device platform combing electronic components for sensing, medical diagnostics, communications and human-machine interfaces. But the real trick—they’ve managed to place all of this on an ultrathin skin-like patch that is as easy to put on and wear as a temporary tattoo.

“The blurring of electronic and biology is really the key point here,” said Yonggang Huang, an engineering professor at Northwestern who worked on the project. “All established forms of electronics are hard, rigid. Biology is soft, elastic. It’s two different worlds. This is a way to truly integrate them.”

The circuits can wrinkle, stretch, and bend on skin, and the application process is simple. The patch is first put on a thin sheet of water-soluble plastic and then laminated on the skin with water. To conceal the electronics, they can also be applied directly to the temporary tattoo itself.

In addition to being more comfortable than traditional biomedical electrodes, such as EEGs and EMG sensors, these circuits can monitor a person in their natural environment. This is particularly helpful for studying cognitive state and behavioral patterns during sleep.

But the electronic tattoos can do more than gather data—they can also provide added capabilities. For instance, a patient with ALS could use them to communicate with a computer. If applied to skin on the throat, the sensors can distinguish muscle movements, allowing them to interpret simple speech. In fact, the patches can eve control a video game, which suggests a potential for human-computer interfacing.

“The vision is to exploit these concepts in systems that have self-contained, integrated functionality, perhaps ultimately working in a therapeutic fashion with closed feedback control based on integrated sensors, in a coordinated manner with the body itself,” Rogers said.

View a photo gallery of the electronic patches. 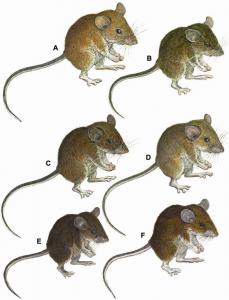 “It is extraordinary that so many new species of mammals remain to be discovered in the Philippines,” according to Danilo Balete, leader of the project’s field team.  “In the past 10 years, we’ve published formal descriptions of 10 other species, and other biologists have described five more, for a total of 22.  And we are nowhere close to the end of our discoveries. The Philippines may have the greatest concentration of unique species of mammals of any country in the world.”

In addition to discovering new species, the project’s work with Philippine government agencies, conservation organizations, museums, and universities have led to the creation of four new national parks, as well as to the upgrade of three more from “paper park” to “real park.”

“Protecting land and marine resources is key to maintaining healthy ecosystems which deliver ecosystem services such as food, clean water, health, tourism and cultural benefits and stable climate which are vital to the very survival of every Filipino,” said Romeo Trono, Country Executive Director for Conservation International – Philippines. “Although small in size, these little animals are part of our biodiversity which forms the basic foundation of healthy ecosystems.”

View a photo gallery of the mice. 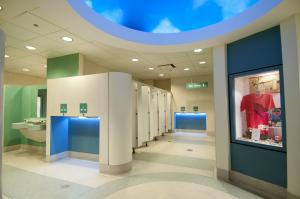 Recently, The Field Museum was named as a finalist for the 10th Annual America’s Best Restroom Award. Specifically, the competition judges were delighted by the two large restrooms on the ground floor, complete with their spacious family-friendly rooms and plentitude of fixtures and stalls which serve families and school groups quickly and efficiently. The restrooms also feature powerful, eco-friendly hand dryers, child-sized facilities in their Tot Area, and a luxurious private nursing space for new mothers, complete with a sink and even—decadence of decadence—a couch.

The Field Museum is still in the throws of competition, and currently pitted against nine other (probably inferior) public restrooms. Only popular vote can allow The Field Museum to achieve this honor and join others in the Hall of Fame. To vote now, or any time before September 19, click here.