Minnie Miñoso became the first Black Cuban to play in the major leagues with the Cleveland Indians. He broke the color line for the White Sox in 1951. And after his days on the field, he settled in Chicago, joined the Sox as an assistant coach, and was a mentor for generations of ballplayers.

Led by their October-tested stars, the Houston Astros are going back to the AL Championship Series for the fifth straight year.

The Chicago White Sox commissioned three Chicago artists to create murals inspired by the Sox past and present that celebrate the diversity of America’s pastime. 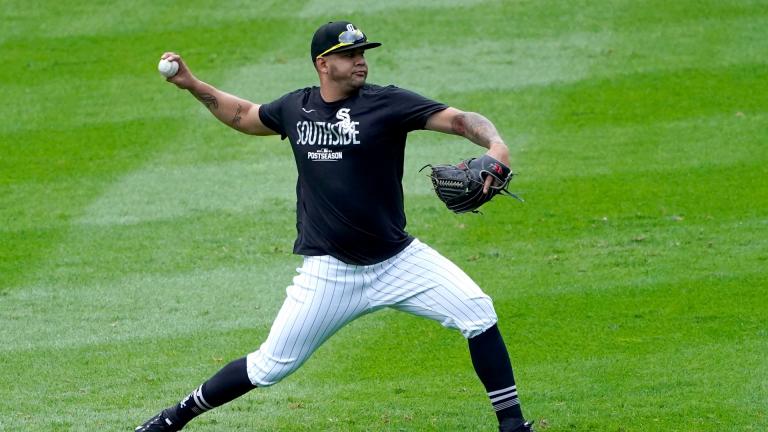 The Houston Astros found themselves in familiar territory Monday, brushing aside comments by Chicago White Sox reliever Ryan Tepera after he implied they stole signs while winning the first two games of the AL Division Series in their ballpark.

Game 4 of Astros-White Sox ALDS Postponed Because of Forecast 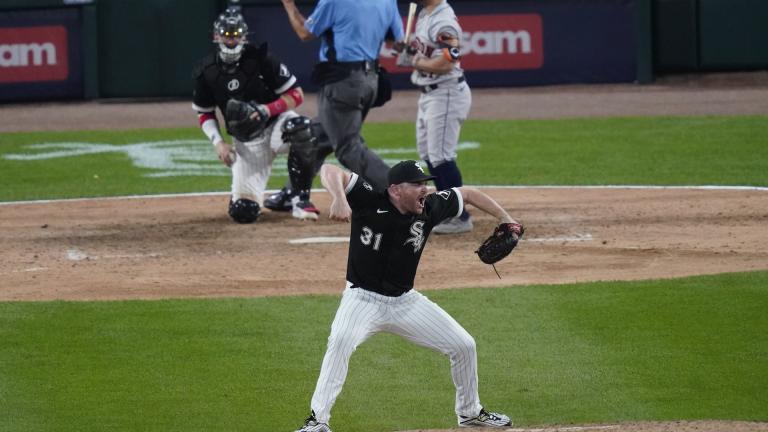 Game 4 of the AL Division Series between the Houston Astros and Chicago White Sox has been postponed because of rain in the forecast. 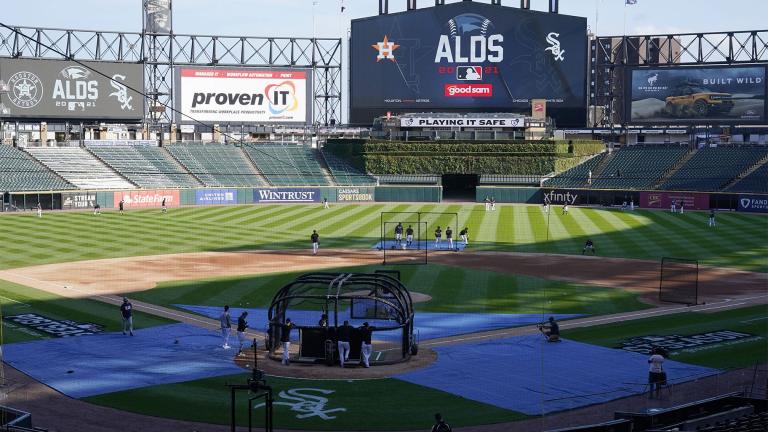 The Chicago White Sox hired Hall of Fame manager Tony La Russa hoping he would oversee a deep postseason run and maybe lead them to their second World Series championship since 1917. They did not see themselves making another quick exit. But that’s exactly what they’re staring at unless a sudden turnaround is coming. 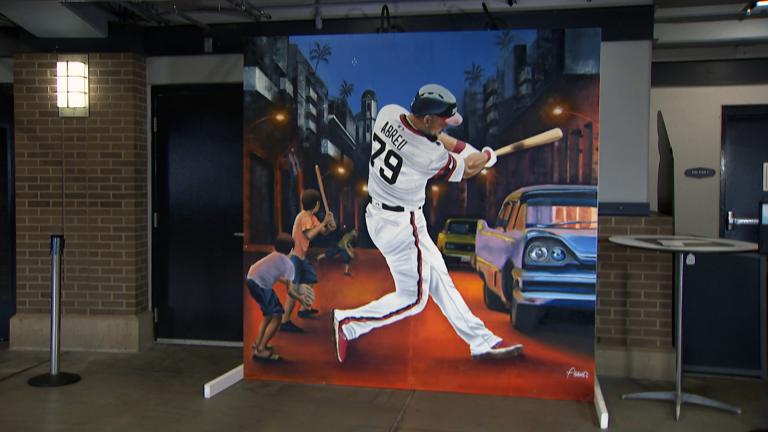 In a mural by Chicago artist Asend, a larger-than-life Jose Abreu swings his mighty bat under the Cienfuegos streetlights of his childhood. Asend’s dreamlike rendering is one of three murals commissioned by the White Sox as part of their Game Changers series. 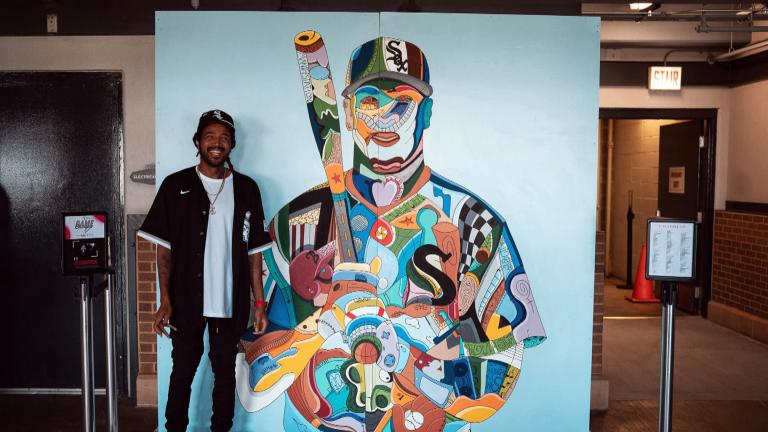 No matter what form it takes, there is no mistaking the work of Chicago artist Edo. His wildly vibrant painting of fan favorite Tim Anderson is one of three pieces commissioned by the White Sox as part of their Game Changers series. The series throws a spotlight on the contributions of under-represented communities. 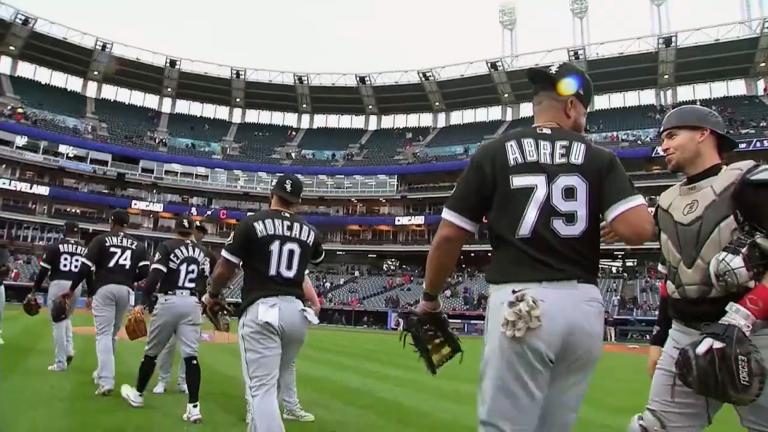 Players from Minnie Miñoso to Luis Aparicio to Ozzie Guillén have been fan favorites on Chicago’s South Side for decades. Never has the Latino presence on the White Sox roster been more important than this year, when the Sox could have seven or more players of Latino heritage starting in the playoffs. 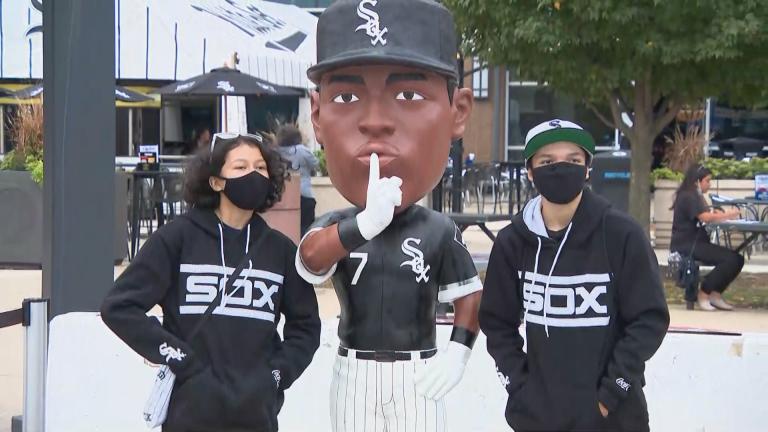 Chicago White Sox fans are brimming with excitement as the team heads into the playoffs, cheering on their team at a Monday rally. 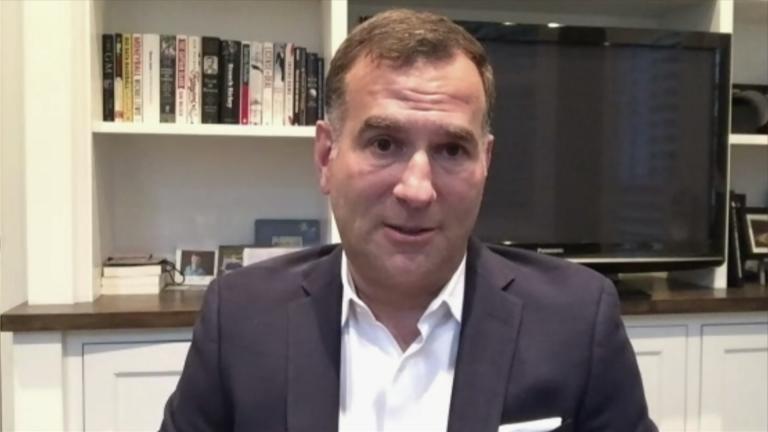 “This year we’re on the precipice of something fairly special,” said Chicago White Sox General Manager Rick Hahn, who was the chief architect of the team’s five-yearlong rebuild that saw dozens of strategic trades, draft choices and free agent signings. 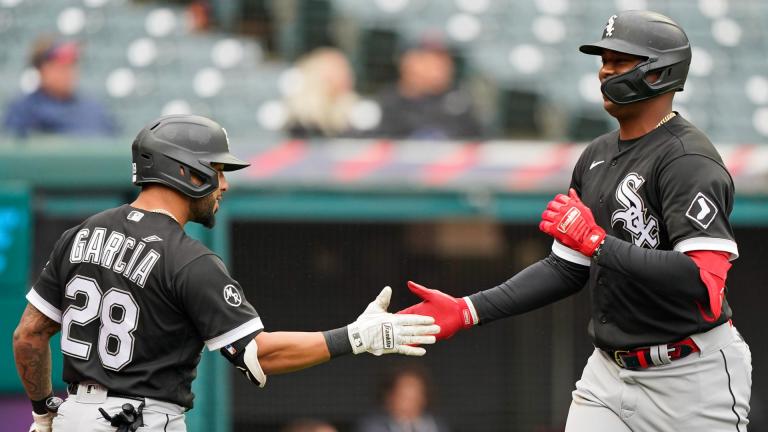 Chicago, a wild-card team last year, is going to the postseason in consecutive years for the first time. The White Sox are in their first season under Tony La Russa, who will turn 77 on Oct. 4.

As the 2021 baseball regular season winds down, the Cubs and White Sox are headed in different directions. Chicago’s Spanish-language baseball announcers slide in to talk about the teams’ prospects in the postseason and next year. 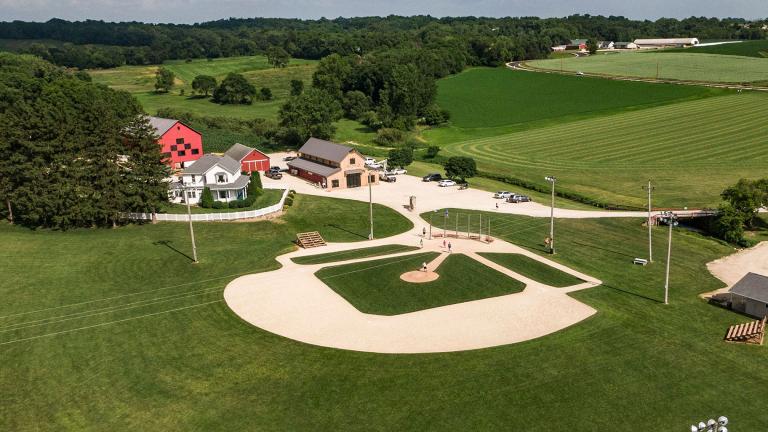 Nostalgia has never been so expensive. Baseball celebrates the myth of its rural roots Thursday when the New York Yankees meet the Chicago White Sox in a game adjacent to the field in rural Dyersville, Iowa, where the iconic 1989 movie “Field of Dreams” was filmed.

For the first time since 2019, fans are back at Guaranteed Rate Field to watch the White Sox in person. As part of our community reporting series, we visit the area to see how fans are settling in — and how the area is faring one year into the pandemic. 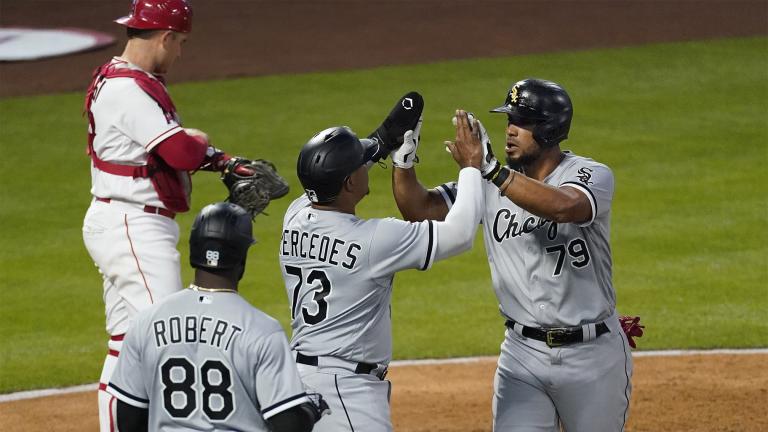 Yermín Mercedes got his first five major league hits and drove in four runs, and José Abreu hit a grand slam for the Chicago White Sox in their 12-8 victory over the Los Angeles Angels on Friday night.