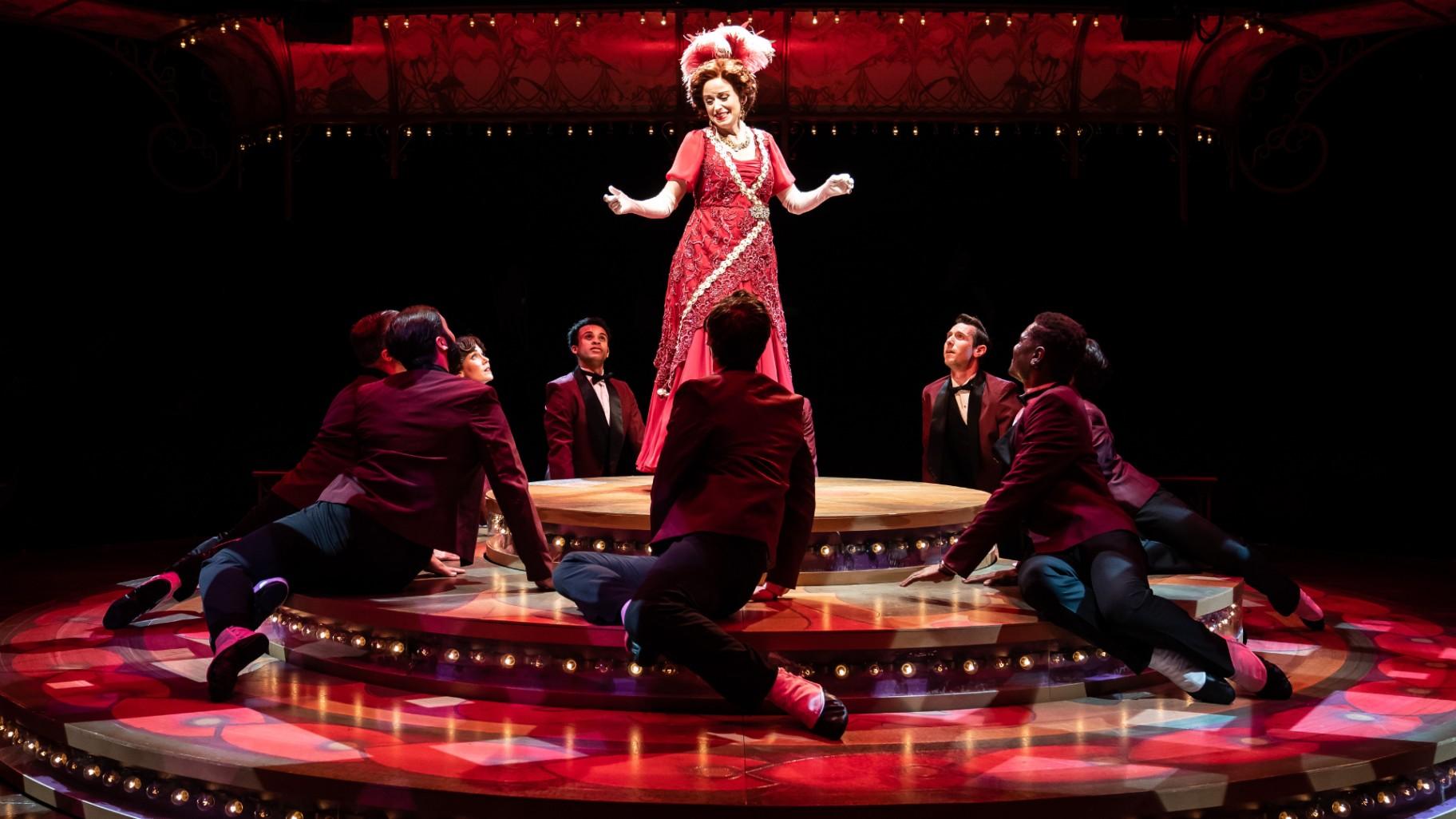 With its impossibly catchy score by Jerry Herman, and its witty book by Michael Stewart (based on Thornton Wilder’s play, “The Matchmaker”), “Hello, Dolly!” became an overnight Broadway hit in 1964, with Carol Channing putting her stamp on the role of Dolly Gallagher Levi, and the likes of Pearl Bailey, Mary Martin, Bette Midler, and (on film) Barbra Streisand, joining the parade over many years.

The current Marriott Theatre production — brilliantly directed and choreographed by New York-based Denis Jones, and starring Heidi Kettenring, Chicago’s luminous leading lady, along with an altogether stellar supporting cast and orchestra — serves as a vivid reminder of the golden age of Broadway musicals. And its essential message — that love and human connection are the true keys to happiness, and ultimately far more valuable than money — remains evergreen.

In addition to its ideal cast, it is the seamless and often breathtaking dance sequences that set this production apart. One scene in which the waiters in a fancy New York restaurant erupt into a sensational acrobatic dance spectacle on the Marriott’s in-the-round stage is alone worth the price of a ticket. But there is a great deal more.

Kettenring’s exuberant, fast-talking, high-spirited portrayal of Dolly — the widow from Yonkers, New York, who makes her living as a professional matchmaker (and spirited “meddler”) — is ideal. And she also movingly captures her character’s need to make a new match for herself as she speaks to her late husband, Ephraim, and asks his permission to move on in life.

The object of Dolly’s attention is Horace Vandergelder, a wealthy but cranky, money-pinching entrepreneur played to perfection by David C. Girolmo (who also happens to be Kettenring’s real-life husband). And she sees to it that her matchmaking talents are at their very shrewdest in her own pursuit of him.

Along the way, Vandergelder’s two underpaid and overworked clerks — Cornelius Hackl (the ever engaging Alex Goodrich), and Barnaby Tucker (the winningly fleet Spencer Davis Milford) — decide to stage their own little rebellion by “putting on their Sunday clothes” and heading out, all but penniless, for some adventure (and romance) in Manhattan.

Meanwhile, Dolly’s wily effort to match up Vandergelder with Irene Molloy, a widowed milliner (played by Rebecca Hurd, who gives a lovely rendering of “Ribbons Down My Back”) falls apart, while Cornelius and Barnaby get caught up in the melee. And when Dolly tries to smooth things over by taking Irene and her assistant, Minnie Fay (Amanda Walker), to dinner at the high-priced Harmonia Gardens restaurant, the two clerks try to back out saying they can’t dance.

But leave it to Dolly. She gives them a crash course, and the two men take flight in “Dancing” (another example of the show’s choreographic delights), and then sings her own anthem, “Before the Parade Passes By,” about seizing happiness in the remaining years of her life.

There is more sensational dancing in the show’s second act as the waiters carry their trays in a rollicking knockout display. And of course Kettenring nails Dolly’s success in opening Vandergelder’s eyes to what is most important in life. 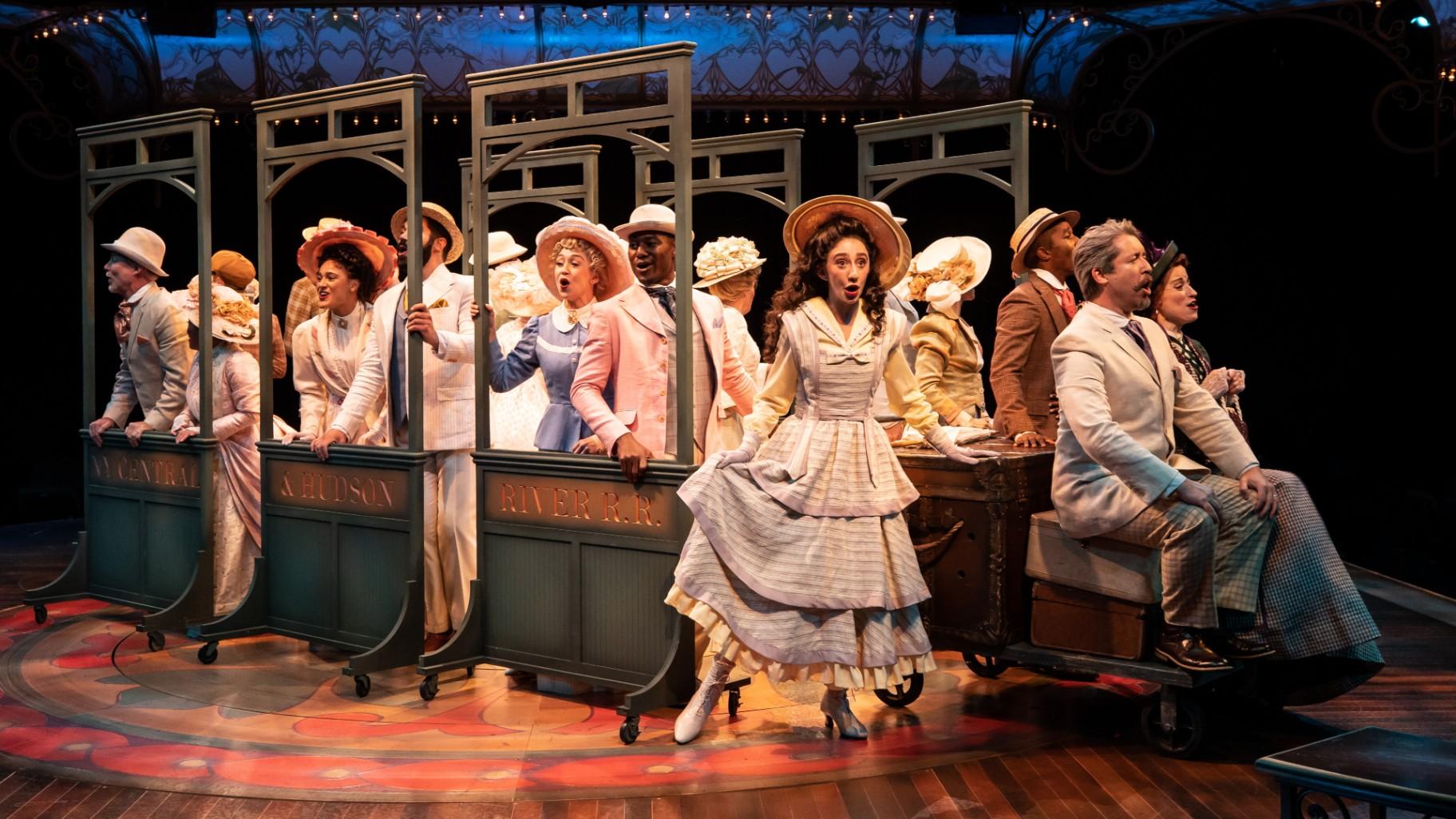 The show’s entire ensemble of featured actors and chorus are exceptional throughout, as is the orchestra led by Brad Haak. And of special note here is the impeccable diction of the entire cast, so that every lyric and bit of dialogue is crystal clear (something that is not always the case these days).

On opening night a hydraulic problem resulted in the omission of Dolly’s iconic staircase descent, and frankly it was not at all missed. This is a musical that can sing and dance its way to success without any mechanical devices.

One final note: Patti Garwood, the Marriott’s invaluable conductor for the past 28 years, who oversaw a remarkable 158 productions and 11,200 performances at the theater, has retired. My Facebook post about that milestone was instantly picked up on by more than 180 of her fans. And I have no doubt there are more tributes to come.