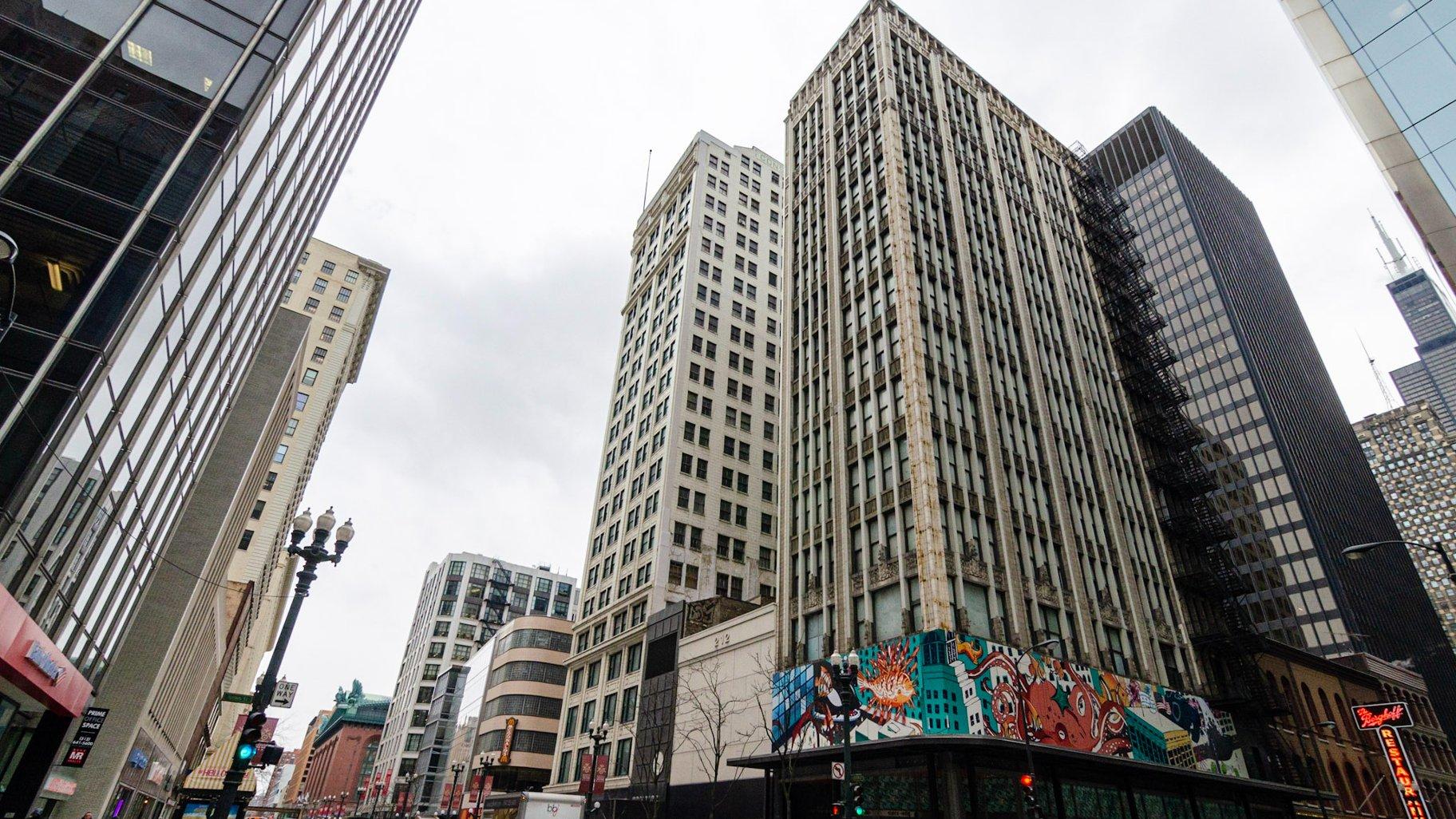 The fate of a pair of endangered 20th century State Street skyscrapers remains up in the air after the Commission on Chicago Landmarks punted during its monthly meeting Thursday when it came time to decide whether to afford the Century and Consumers buildings landmark status.

The 1913 Consumers Building at 202 South State St., and its neighbor, the 1915 Century Building, are under threat of demolition, having sat vacant since their acquisition in 2005 by the federal government via eminent domain. The buildings’ location just east of the Dirksen Federal Building poses a security threat to the courthouse within, officials have argued.

Preservation activists spoke in favor of not only landmarking the buildings but in restoring and finding a suitable re-use for them. Demolishing the buildings, they said, would leave a permanent hole in State Street’s distinctive “street wall,” hinder attempts to have the State Street district declared a UNESCO World Heritage site, and destroy some of the finest remaining examples of the famed Chicago School style of architecture.

A presentation on the history and architectural significance of the buildings, prepared by the Chicago Department of Planning and Development, seemed to support landmark status.

In the skyscrapers’ favor: the Century Building, designed by the famed firm of Holabird and Roche, exhibits a high level of terra cotta ornamentation, according to Kandalyn Hahn, who delivered the presentation.

For its part, the Consumers Building boasts a rare and remarkably intact interior entry, fitted with Carrara marble and bronze fixtures, she said.

Maurice Cox, commissioner of the Department of Planning and Development, said there was little doubt the “properties are meritous of landmark status” but argued that no action should be taken without a more thorough understanding of the broader issues at play.

Indeed Rebecca Pallmeyer, chief justice of the U.S. District Court for the Northern District of Illinois, submitted a letter, read during the proceedings, which stated the court’s concerns regarding the “grave security risk” the buildings present, as well as the difficulty of repurposing them.

Ultimately the commission’s chairman, Ernie Wong, declined to call a vote on whether to confer preliminary landmark status on the buildings. Citing the “highly unusual circumstances” surrounding the buildings, he said additional study is needed into the specific safety issues at hand and potential solutions.

“The process is unique and needs to be well informed,” Wong said.

A next step for the buildings is a Section 106 review, in which federal agencies must consider the effects of their actions on historic properties.