The Supreme Court has certified its ruling allowing the Biden administration to end the Migrant Protection Protocols policy, better known as “Remain in Mexico.”

The policy was a part of former President Donald Trump’s border policy forcing migrants seeking asylum in the U.S. to wait in Mexico for hearings. In June, a Supreme Court decision overruled a lower court that forced the policy to be reinstated in December. But while President Joe Biden previously tried to end the policy, there has been little comment thus far on when his administration might officially follow through.

Gladis Molina Alt, executive director of the Young Center for Immigrant Children’s Rights, said she has spent time along the U.S.-Mexico border and the situation remains very difficult for the migrants in limbo.

“What I’ve seen on the ground is families, parents, we talked about having to make a difficult decision on whether they remain in Mexico waiting for their cases to be processed or make that difficult decision to have their kids cross the border by themselves while they remain in Mexico. So family unity is something that we’ve seen be an issue at stake on the ground,” Molina Alt said. “We’ve also heard both who are in these MPP camps talk about the security issues that they face, the kidnapping that happens, the rapes that happened, the violations of human rights for them as migrants in Mexico that take place.”

The MPP policy is not the only policy still in place under Biden that is problematic for immigrants, said Helena Olea, associate director of programs at Alianza Americas.

“With the pandemic, the Trump administration enacted Title 42 with the excuse that the border needed to be closed for public health reasons. So we need to understand the interaction between these two policies because even if there is an end to MPP, Title 42 continues to be operating,” Olea said. “And most of the individuals that are trying to seek asylum are being rejected, expelled and returned to Mexico. So when we look at the numbers, there’s more than two million people impacted by Title 42. And the number of people impacted by MPP, even though large, is less, around 80,000 or 90,000 persons.”

Daysi Funes, executive director of Centro Romero, said though much of the attention regarding MPP is focused on the border, the policy’s effects are felt across the country, including among immigrants in the Chicago area.

“We still see the consequences of people that had their families taken apart, that’s the hardest part because we’re talking about one of the biggest groups that started to come was women and children,” Romero said. “That’s why we see a lot of the children in cages before the Trump administration. And even though this administration right now said, well, we don’t have them in cages and we have a special space. They’re still in jail, they're still in protection by the CBP. So what we see is our families waiting to receive their families here. We look at what happened to Ukrainians, right? The treatment they have received as immigrants and as refugees coming to this country has a very different approach from the administration than the ones that come from the south of the border.” 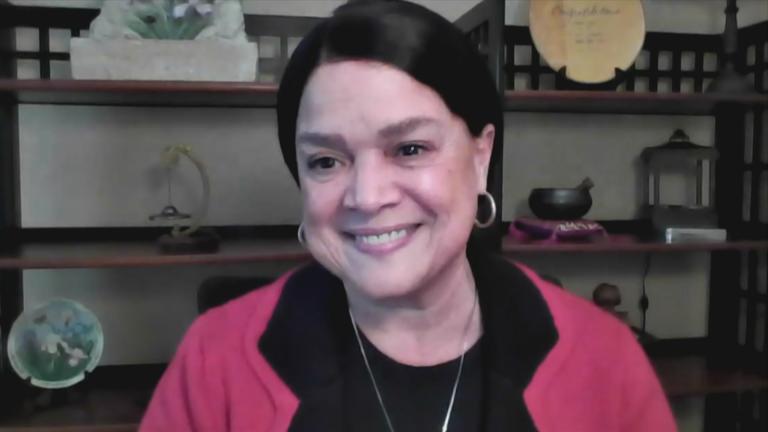