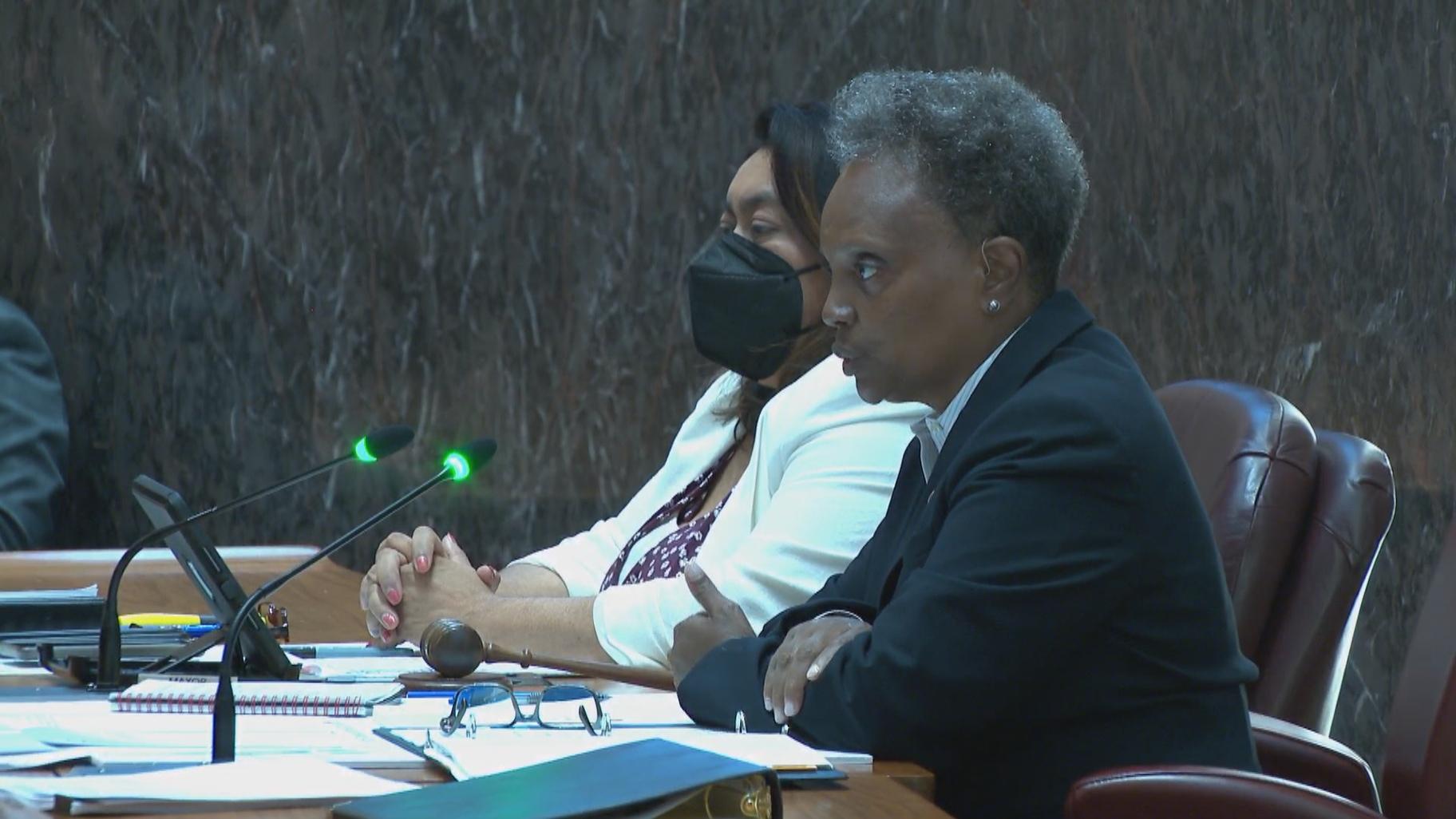 Authored by Ald. Michele Smith (43rd Ward), the chair of the City Council’s Ethics and Government Oversight Committee, and backed by the Chicago Board of Ethics, the package was significantly revised to win the support of Mayor Lori Lightfoot, who blocked the measure from advancing for several months.

The measure hikes the maximum fine for violating the city’s ethics ordinance from $5,000 to $20,000.

Changes demanded by Lightfoot made the ethics overhaul weaker than the original proposal, according to the Better Government Association, a civic watchdog.

The City Council’s unanimous vote on Wednesday marks the second major overhaul of the city’s ethics laws under Lightfoot, who campaigned on promises to end City Hall corruption.

But those changes were less far reaching than originally proposed by the Ethics Board, and Lightfoot promised more reforms were in the works. However, concerns about ethics fell nearly completely off the mayor’s agenda amid the continuing COVID-19 pandemic and a public safety crisis that sent violent crime to the highest levels in nearly 25 years.

Lightfoot on Monday defended the changes she pushed to the proposal, and said she disagreed the final version was weaker.

Lightfoot said her demand that the reform package include a provision that would have benefitted several of her allies who have found themselves in the crosshairs of the Chicago Board of Ethics would ensure “due process” for those facing sanctions.

The board’s processes are “straightforward” and “fair” and “offer due process,” Conlon said.

Once the board determines there is probable cause that a violation has occurred, it contacts the official and gives them an opportunity to rebut the board’s determination before a final decision is made and any fines levied.

That violates “due process,” Lightfoot said.

The Ethics Board has found probable cause that a number of Lightfoot’s allies on the Chicago City Council have violated the city’s ethics ordinance using the process.

The Ethics Board is now required to notify the elected official in writing at least 10 days before the Board of Ethics could find probable cause that they violated the law, giving them a chance to refute the allegation and avoid public embarrassment.

The board determined in June that there was probable cause that the ordinance had been violated in June in a case involving “campaign-related content in an official ward newsletter, emailed from a cityofchicago.org email address, contrary to clear board guidance on the improper mixing of political and official content in newsletters and websites that was sent to all city elected officials in January 2020.”

The proposal directs the city’s Department of Assets, Information and Services to compile a list of contractors for the Chicago Housing Authority and the Public Building Commission, to allow Chicago elected officials to comply with the limits.

However, the revised measure does not expand the limit on campaign contributions to subcontractors with the city’s sister agencies, since there is no database of those firms.

The measure also expands the city’s rules against nepotism to prevent city officials or employees from taking any action that benefits their domestic partner or relatives and prohibit firms from hiring relatives of city officials to skirt the rules.

But those elected officials will not have to physically leave the City Council chambers or the virtual meeting when that item is discussed and voted on. Instead, the official will have to file details about the conflict of interest with the Chicago Board of Ethics within 24 hours. That information will be made public in a searchable format.

This provision’s removal marks the second time since 2019 the City Council has rejected that proposal, which has the support of the Chicago Board of Ethics.

The proposal bans former alderpeople who work as lobbyists from the floor of the Council Chambers. That provision appears directed at former Ald. Joe Moore (49th Ward) who works as a lobbyist and has been a frequent presence at meetings since his defeat in 2019.

Moore spent most of Wednesday’s meeting chatting with members of the City Council in the room behind the chambers — an area restricted to members of the public.

While city law prohibits the use of city property for political purposes, the measure permits “incidental” use of the city seal in a video or photograph that has a disclaimer attached that it is not an official city of Chicago production.

In addition, the revised ordinance allows elected officials to host donation drives for charitable organizations by placing bins in their offices and city property.

The revised ordinance also requires independent contractors who work for members of the City Council to complete a statement of financial interest and undergo ethics training. A similar measure was defeated in 2017 after it caused an outcry.

The city’s law also clarifies the city’s rules on lobbying to exempt Chicagoans who urge their alderperson to support a measure with a nonprofit advocacy organization.

In other action, the City Council unanimously passed a resolution demanding that Lightfoot’s administration release the full investigation completed by Chicago’s inspector general into the botched implosion of a smokestack in Little Village.

The resolution calls on Corporation Counsel Celia Meza to release the full report into the implosion. However, the nonbinding resolution cannot force Meza, appointed by Lightfoot, to act.

The city will pay $4.25 million to the family of Maurice Granton Jr., 24, who was shot in the back and died in 2018 after being chased by Officer Sheldon Thrasher.  The Chicago Police Board is considering Chicago Police Supt. David Brown’s recommendation that Thrasher be fired.

The largest settlement — $6.75 million — would go to Norman McIntosh, who spent more than 15 years in prison for a 2001 murder before being exonerated.