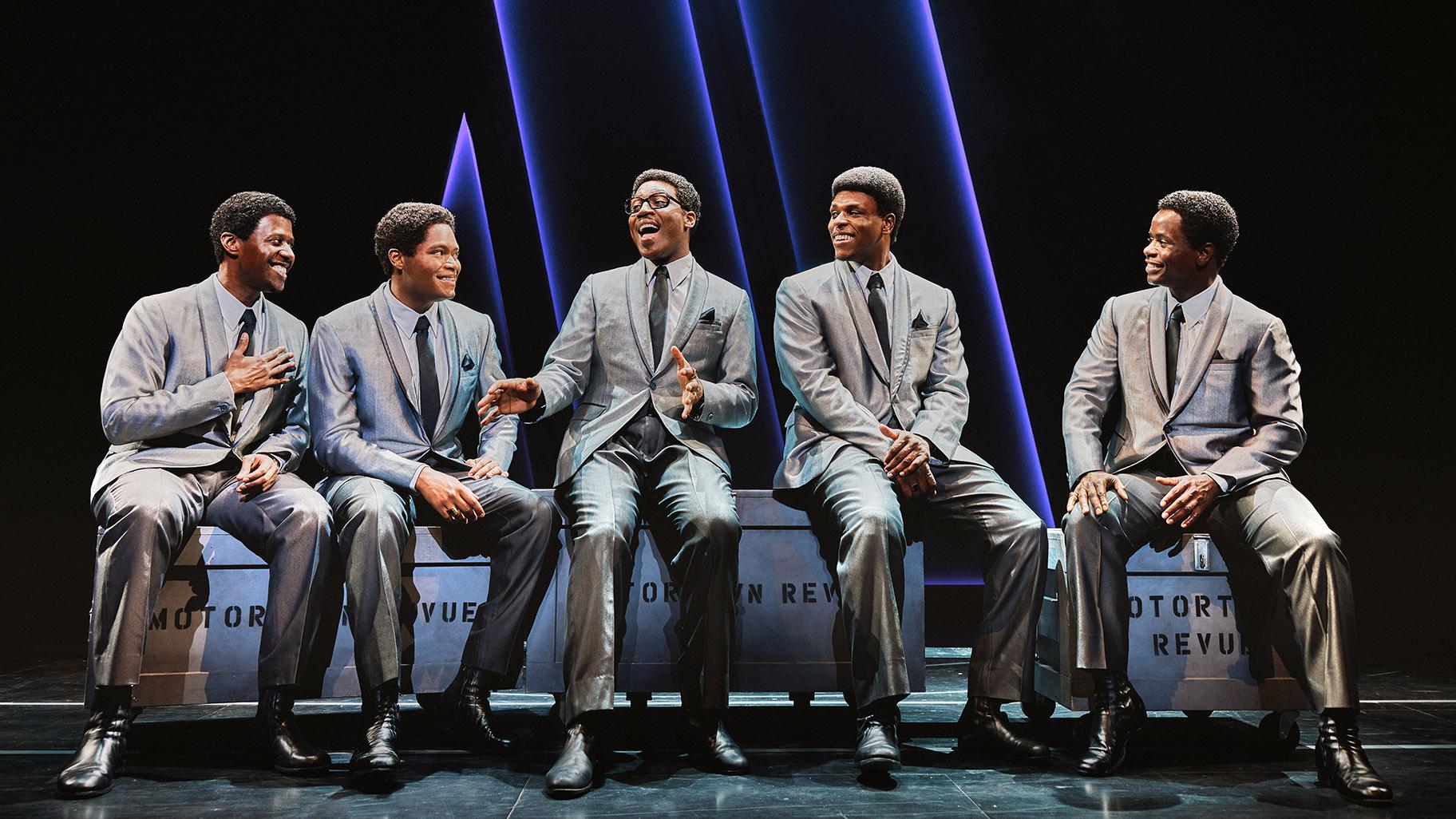 Who could possibly have imagined that any cast of actors/singer/dancers, circa 2022, could gather on stage and capture to perfection every note, every move, every twist of emotional chaos, and every bit of the sensational ensemble magic of The Temptations, that legendary and enduring group of Motown masters of the 1960s?

Well, not only has all this been imagined, but it has been fully realized in “Ain’t Too Proud — The Life and Times of The Temptations,” the exhilarating, at times heartbreaking, and superbly executed musical now in an all too brief run at the Cadillac Palace Theatre.

The show’s tight-knit and revealing script is the work of playwright Dominique Morisseau (based on the book “The Temptations,” written by Otis Williams, the fabled group’s founder who, at the age of 80, is the only surviving member of the original five-man ensemble). And it seamlessly sketches the many personnel changes that occurred over the years — involving men with decidedly different personalities who somehow managed to hold on to a seamless, richly soulful group dynamic and superb vocal harmonies when they were performing.

Behind the scenes, however, it often was quite a different matter. There was no shortage of formidable egos, troubled relationships with women, arguments with studio executives (and each other), and the many other tensions generated as a result of leading lives spent largely on the road.

The show’s score draws on more than 30 songs bearing the Motown label including “Baby Love,” “Just My Imagination” and “Since I Lost  My Baby.” Also included is “War,” Edwin Starr’s powerhouse Vietnam protest song that, much to the group’s surprise, earned The Temptations’ the No. 1 spot on the Billboard Hot 100 in 1970.

And while it fully celebrates the group’s greatest hits, the show also suggests how many of their songs reflected both the personal issues that often plagued the group, and the temper of the times, including the social issues of the tumultuous 1960s and ‘70s. There also is a sampling of the megahits of The Temptations’ greatest rival, The Supremes.

Director Des McAnuff has assembled a large, multi-talented cast that easily makes you believe you are watching perfect clones of “the authentic” Temps. And best of all there is the brilliant choreography of Sergio Trujillo (who won the 2019 Tony Award for his work on the show) that echoes the group’s fabulously synchronized moves, its sleek spins and splits, and its distinctive defining gestures.

Leading the large and gifted cast is Marcus Paul James as Otis Williams, the Texarkana-born baritone who arrived in Detroit at the age of 10, got into some trouble as a teen, and then turned his life around with music. Though Williams was rarely the featured singer in the group, he was its unwavering guiding light. And alongside him was the ever-loyal Melvin Franklin (nicknamed “Blue” for the color of his favorite suit), the sonorous bass superbly played by Harrell Holmes, Jr.

Other essential members of the group were Eddie Kendricks, the tenor/falsetto and vocal arranger (expertly played by Jalen Harris); David Ruffin, the lead singer on such hits as “Ain’t Too Proud to Beg” and “My Girl” (ideally played by Elijah Ahmad Lewis); and baritone Paul Williams, a lead singer and choreographer in the original group who is believed to have died by suicide in 1973.

Also part of the story are Berry Gordy, that Motown “maestro” of business and music, now 92 (played by Michael Andreaus), and Smokey Robinson (Lawrence Dandridge), a man of all musical trades. And of course The Supremes are there — that magical trio of glamorous women with irresistible voices — with Deri’Andra Tucker as Diana Ross, Shayla Brielle G. as Florence Ballard, and Traci Elaine Lee as Mary Wilson, all dressed in form-fitting red beaded gowns as they sing “Baby Love.” (Throughout, Paul Tazewell’s costumes are picture perfect.) 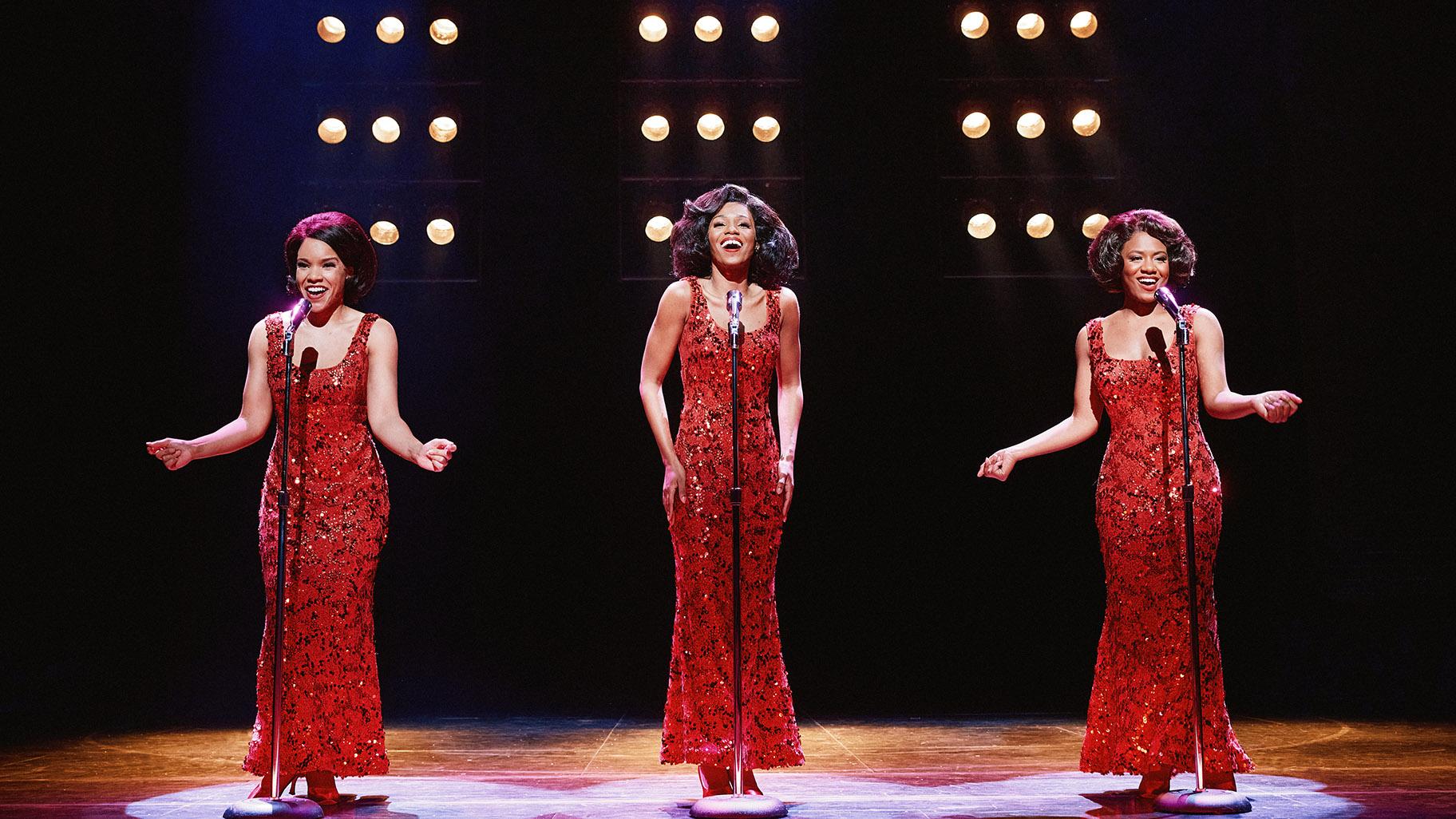 And then there is Harold Wheeler’s ideal orchestrations, with a terrific 12-piece onstage band conducted by music director/keyboardist Jonathan “Smitt” Smith. Hidden on stage behind a curtain, the terrific musicians take their greatly-deserved bows at the end of the show.

Of course, if you came of age in the 1960s and ‘70s the irresistible sound and moves of The Temptations have long been part of your DNA. This show will easily reignite that delight and is sure to infuse a whole new generation with its glorious fusion of sound, motion and emotion.

“Ain’t Too Proud” only runs through June 5. You are strongly advised to catch it at the Cadillac Palace Theatre, 151 W. Randolph before it leaves town. For tickets visit BroadwayInChicago.com.