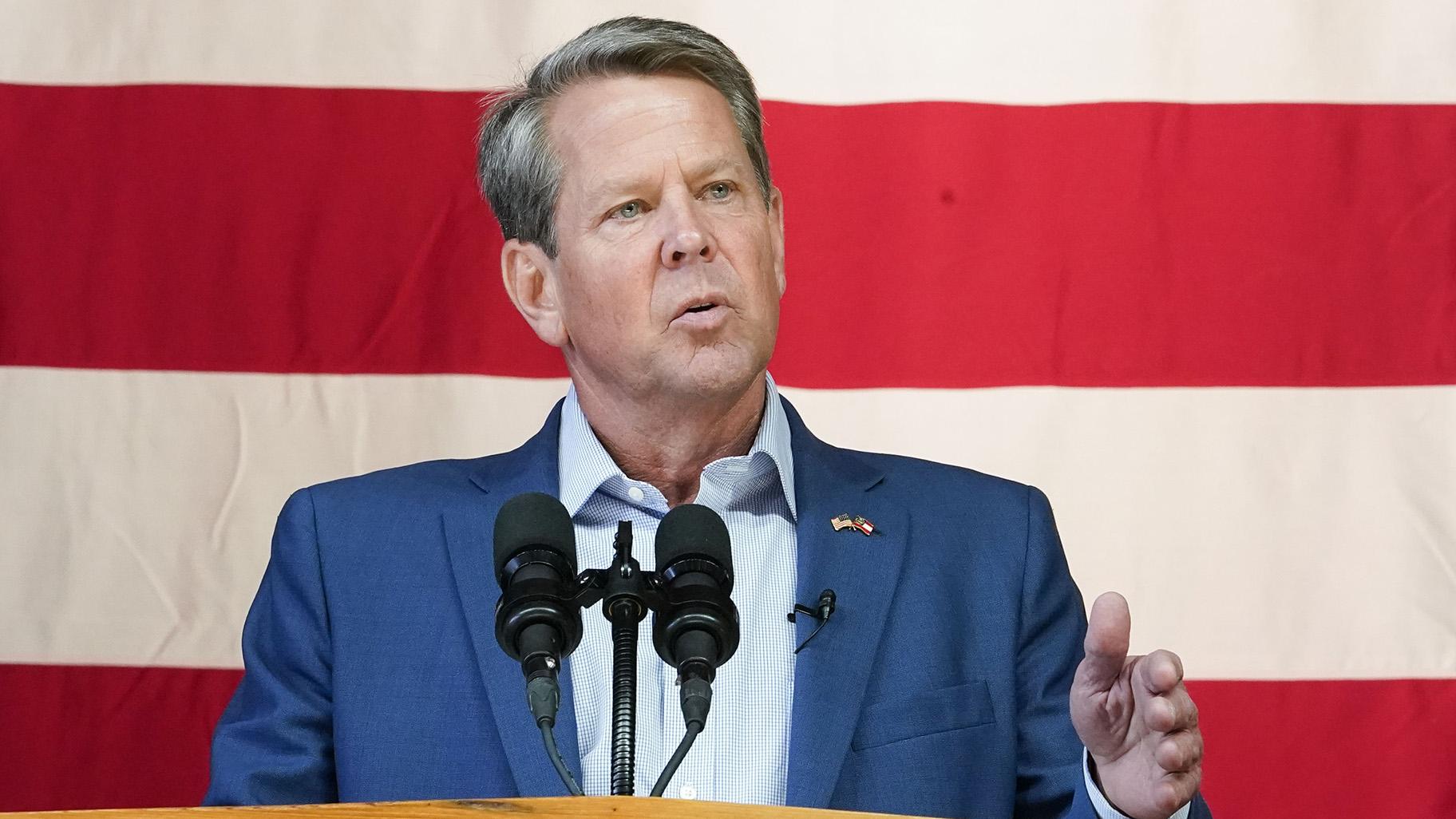 ATLANTA (AP) — Donald Trump hopes to avoid a stinging defeat in the Georgia governor’s race on Tuesday as Republican primary voters decide the fate of the former president’s hand-picked candidate to lead one of the most competitive political battlegrounds in the U.S.

In all, five states are voting, including Alabama, Arkansas, Texas and Minnesota. But none has been more consumed by Trump and his lie that the 2020 election was stolen than Georgia.

After incumbent GOP Gov. Brian Kemp refused to accept Trump’s baseless claims of widespread voter fraud in Georgia, he sought retribution by personally recruiting former Republican Sen. David Perdue to mount a primary challenge. But that may prove to be a bad bet as Kemp has emerged as a powerful fundraiser who has tapped into the benefits of incumbency. In the final days of the campaign, he unveiled a $5.5 billion, 8,100-job Hyundai Motor plant near Savannah.

On the eve of the election, Perdue’s allies were bracing for a lopsided defeat, the only question being whether Kemp would win the 50% majority he needs to avoid a runoff election next month.

“We’re not going to have a runoff,” said Matha Zoller, a longtime Republican activist and northeast Georgia talk show host with ties to both Trump and Perdue. “It’s going to be embarrassing.”

The results could raise questions about where power resides within the GOP. While Trump remains deeply popular among the party’s most loyal voters, the opening stage of the midterm primary season has shown they don’t always side with his picks. Other prominent Republicans, meanwhile, are growing increasingly assertive.

In a clear illustration of the divide among top Republicans, Trump’s own vice president, Mike Pence, rallied with Kemp in the Atlanta suburbs on Monday evening.

“Elections are about the future,” he told the crowd, adding that “when you vote for Brian Kemp tomorrow, you will say yes to a future of freedom here in Georgia. You will say yes to our most cherished values at the heart of everything we hold dear.”

Perdue, for his part, ended the day saying Stacey Abrams, who is Black and running unopposed for the Democratic nomination for governor, was “demeaning her own race.”

But in an interview Monday with conservative radio host John Fredericks and former Trump adviser Peter Navarro, Perdue went further. He likened the comment to remarks Abrams made in 2018 arguing “people shouldn’t have to go into agriculture or hospitality to make a living in Georgia.” He asserted that she was referring to Black farmers.

Meanwhile, Republicans and Democrats elsewhere are grappling with ideological and strategic divisions that will determine what kind of candidates to nominate and which issues to prioritize for the November general election.

Democrats were especially focused on a runoff election in south Texas, where longtime incumbent Rep. Henry Cuellar is facing a fierce challenge from progressive Jessica Cisneros in a race where abortion is a prominent issue. Cuellar is last anti-abortion Democrat serving in the House.

Republicans will also decide a series of lower-profile primaries.

In Arkansas, former Trump aide Sarah Huckabee Sanders is expected to claim the Republican governor’s nomination. And in Alabama, conservative firebrand Rep. Mo Brooks is running to represent the GOP in the race to replace retiring Sen. Richard Shelby. Brooks, a leading figure at the Jan. 6 “Stop the Steal” rally that preceded the Capitol attack, initially won Trump’s endorsement, although Trump rescinded it after watching Brooks struggle in the polls.

No state has more consequential elections this week than Georgia, a longtime Republican stronghold that has shifted Democratic in recent elections. Biden defeated Trump in Georgia by less than 12,000 votes total in 2020, and Democrats narrowly won both Senate seats two months later.

This year, Trump’s obsession with his 2020 loss have loomed over Republican primary elections for governor, Senate and secretary of state.

On the Democratic side in Georgia, two congressional incumbents, Reps. Lucy McBath and Carolyn Bourdeaux, were running against each other in suburban Atlanta, forced into a rare incumbent-on-incumbent primary after Republicans re-drew the congressional map.

Meanwhile, the Georgia Republican primary for governor — and the GOP’s secretary of state contest— will have a direct impact on Georgia’s election system for the 2024 presidential contest.

In a show of anti-Trump defiance, the Republican governors of Arizona, Nebraska and Maryland have lined up behind Kemp, who refused to support Trump’s baseless claims that the 2020 election in Georgia and other swing states was stolen.

“When Brian Kemp prevails on Tuesday, he will prove that voters want their leaders to focus on the everyday issues in their lives like high gas prices and rising crime, not indulging the petty grievances of another politician,” Hogan told The Associated Press.

In the GOP primary for secretary of state, Trump has railed against GOP incumbent Brad Raffensperger, who refused support the former president’s direct calls to overturn the 2020 election. Raffensperger faces three primary challengers, including Trump-backed Rep. Jody Hice. The winner will serve as Georgia’s chief election officer in the 2024 presidential election.

Tuesday marks the first election held under new voting laws adopted by the Republican-backed state legislature in response to Trump’s unfounded grievances. The law made it harder to vote by mail, which was popular among Democrats in 2020 amid the pandemic; introduced new voter identification requirements that critics warned might disenfranchise Black voters; and expanded early voting in rural areas that typically vote Republican.

The new law also bans the practice of handing out food or water within 150 feet of a polling place, a practice common in urban areas where there are typically long voter lines.

That figures shattered early voting turnout in the 2020 presidential election, when a total of 254,883 Georgians voted early.

Democrats downplayed the voting disparity, noting that the state’s highest-profile contests were playing out on the Republican side.

“While Democrats are uniting behind our candidates, Republicans are in chaos as they run on an extreme agenda and try to outdo each other as the most MAGA candidate,” said Democratic National Committee Chair Jaime Harrison.