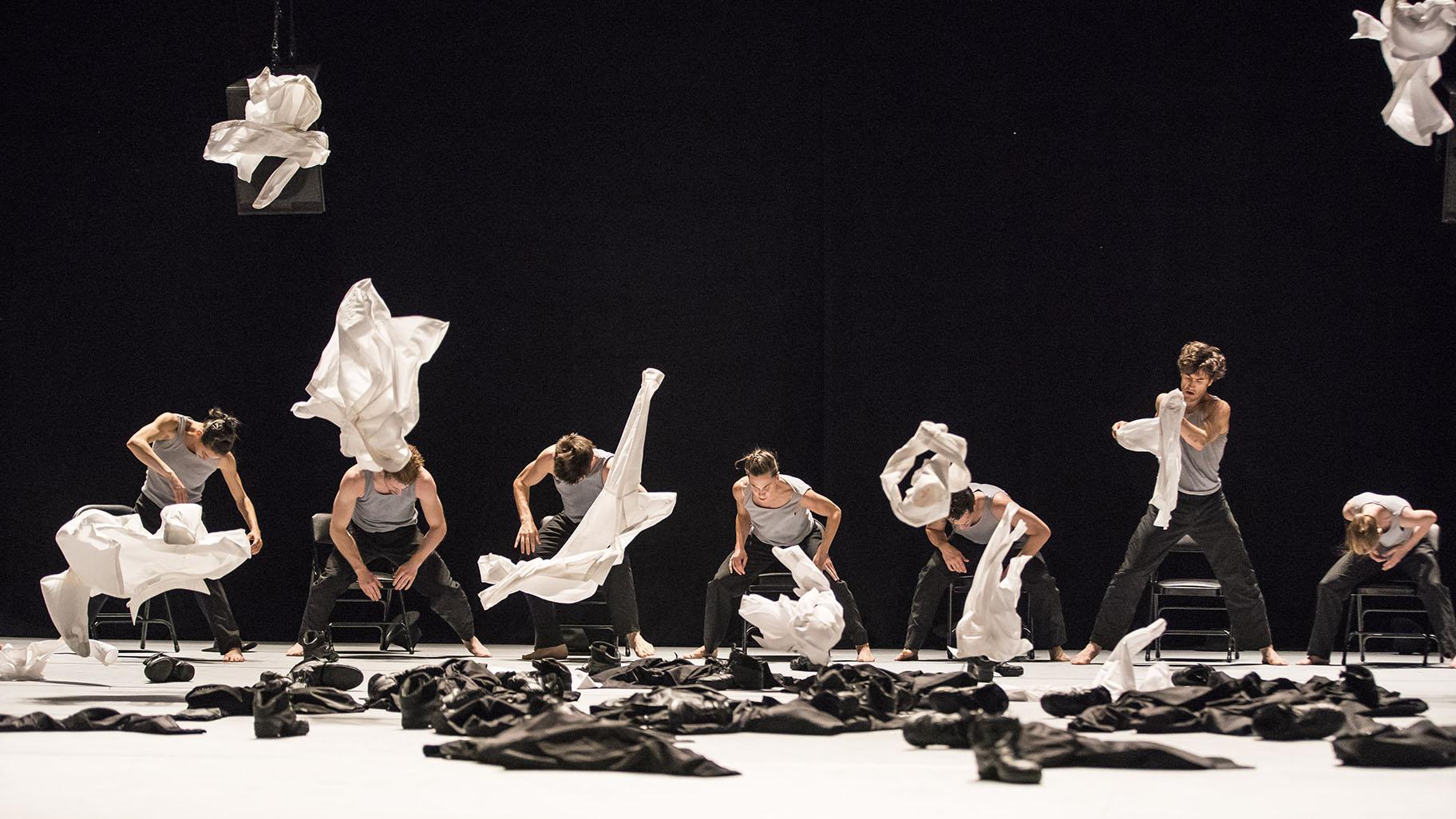 The verdict simply cannot be challenged: Choreographer Ohad Naharin is an unmitigated genius. And Hubbard Street Dance Chicago (HSDC), which will be celebrating its 45th anniversary next season, continues to be an absolutely brilliant interpreter of his work.

The evidence was fully visible Thursday evening at the Harris Theater for Music and Dance. The company’s 15 sensational dancers performed “Decadance/Chicago,” a superbly mixed-and-matched compilation of segments from nine of Naharin’s works. They were created between the years 1993 to 2011, during his long tenure as Artistic Director of Israel’s fabled Batsheva Dance Company. This was also when he developed GAGA, his revolutionary movement language that is best experienced rather than explained, although it now seems to have an uncanny connection to the psychological impact of the pandemic years.

The “Decadance” program (with Naharin’s works expertly staged by Iyar Elezra, Shamel Pitts and Ian Robinson) is danced to a wide range of music and narrative voices. It features everything from Arvo Part and Maurice Ravel to Arab folk music, plus a Beach Boys song, and “Hooray For Hollywood.” Also included is “Echad Mi Yodea (Who Is One),” a rocking version of the traditional Passover song that is sung in Hebrew by the dancers, and is a driving force behind Naharin’s iconic “Minus 16,” which remains one of his most irresistible works.

“Anaphase,” the opening piece, was pure GAGA. Naharin himself has described it as rooted in movement that is dictated BY the body rather than dictated TO the body. And it finds the company massed together and dressed in colorful t-shirts, executing a series of compulsive hand and arm gestures that erupt into a kind of overall madness. In another somewhat eerie piece, a man carries a seemingly lifeless woman over his shoulder, but at some point, as more dancers take hold of the stage, dynamic changes between men and women unfold. And then there is a work that finds the female dancers executing a wonderfully strange sort of march.

And so it goes, often with a kind of clockwork of frenzied but meticulously choreographed and executed tragi-comic madness that sometimes moves in circles or resolves into lines, and at times suggests opposing yet intersecting personalities.

There is a romantic pas de deux for gay men. And then there is a terrific, laugh-inducing tirade with the full company as it dances to an ever-expanding list of commandments, set to the work of the sardonic poet Charles Bukowski. It advises you to “ignore all possible concepts and possibilities ... ignore Beethoven, the spider, the damnation of Faust,” and then goes on to say what you SHOULD do (from paying taxes, to a few more salacious things), with the most important thing being to “just make it babe, just make it.”

But there was much more, including the amazingly ever-foolproof segment in which the dancers roam through the audience and choose women who will be their partners onstage as they all dance to Dean Martin’s recording of “Sway.” The star in this case was a senior citizen who turned out to be a terrific ballroom dancer. She easily stole the show, and received a rousing standing ovation.

And there was more, including the terrific excerpt from “Minus 16.” An invariably bravura turn, it finds the dancers, dressed in black suits and hats suggesting Hasidic Jews, seated in a vast semi-circle. As they sing in Hebrew, they gradually toss their clothes into a great pile, generating a feverish excitement that easily travels into the audience. And so it did.

This program came with some sad news, too. Two of the company’s finest male dancers - Kevin J. Shannon (a Hubbard Street company member since 2007), and Andrew Murdock (a company member since 2013) have announced they will be retiring this year. They’ve earned the rest, but as this performance demonstrated, they are still in stellar form, as is the entire stunning company.

Hubbard Street’s current engagement at the Harris marks the end of this season’s series of programs under the banner title of “RE/UNION,” suggesting the company’s joyful return to live performance.

May 14 and 15 HSDC will perform a different program, featuring Aszure Barton’s “BUSK,” the Chicago premiere of Spenser Theberge’s “Ne Me Quitte Pas,” Amy Hill Garner’s “As the Wind Blows,” and Naharin’s “George & Zelman.”