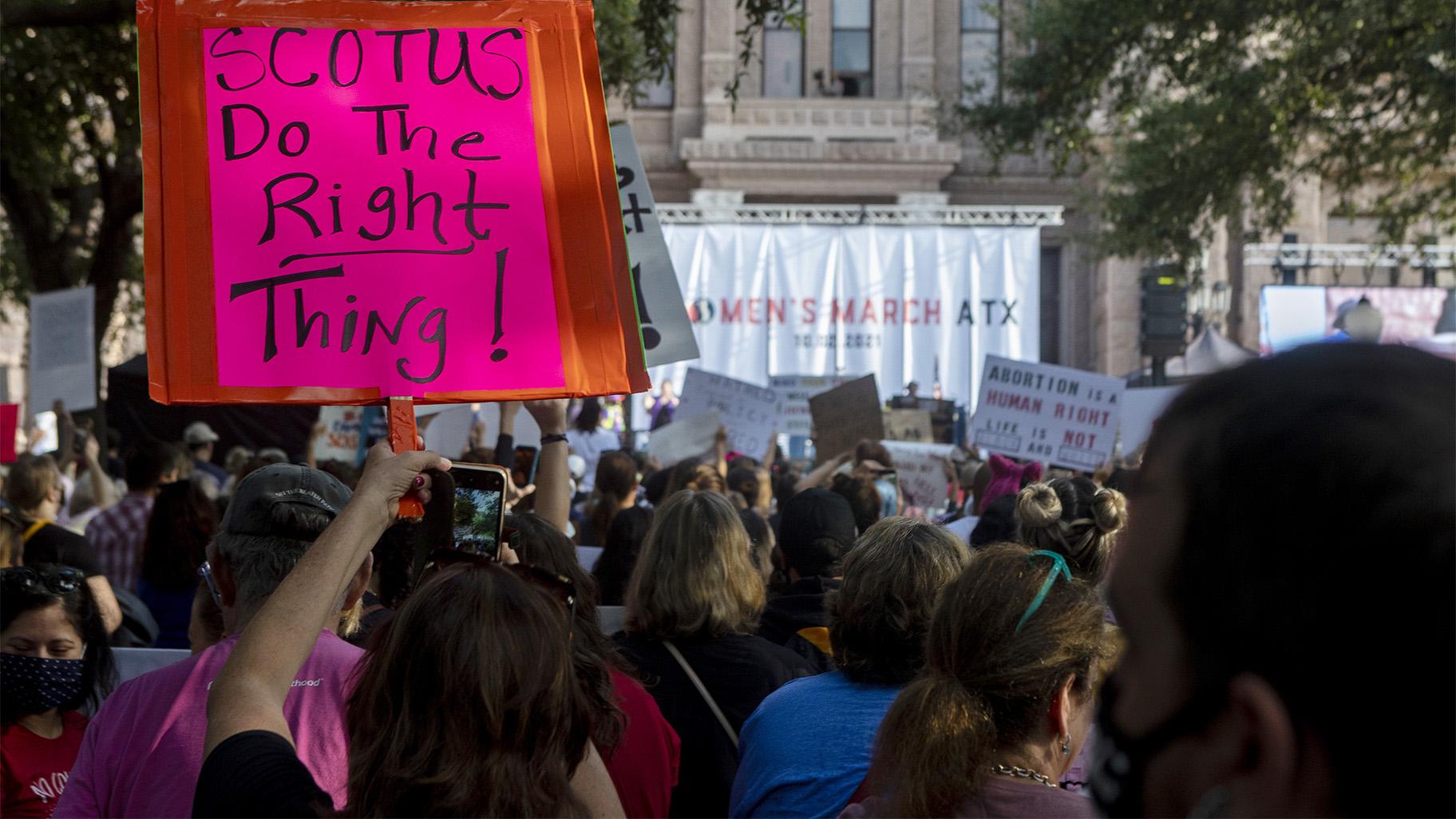 FILE - People attend the Women's March ATX rally, Oct., 2, 2021, at the Texas State Capitol in Austin, Texas. The Texas Supreme Court on Friday paved the way for the nation's toughest abortion law to remain in place in a ruling that again deflated clinics' hopes of stopping — or even pausing — the restrictions anytime soon. (AP Photo / Stephen Spillman, File)

AUSTIN, Texas (AP) — Texas abortion providers on Friday conceded a final blow to their best hope of stopping the nation’s most restrictive abortion law after a new ruling ended what little path forward the U.S. Supreme Court had left for clinics.

The decision by the Texas Supreme Court, which is entirely controlled by Republicans, spelled the coming end to a federal lawsuit that abortion clinics filed even before the restrictions took effect in September, but were then rejected at nearly every turn afterward.

“There is nothing left, this case is effectively over with respect to our challenge to the abortion ban,” said Marc Hearron, attorney for the Center for Reproductive Rights, which led the challenge against the Texas law known as Senate Bill 8.

Although Texas abortion clinics are not dropping the lawsuit, they now expect it will be dismissed in the coming weeks or months.

The Texas law bans abortion after roughly six weeks of pregnancy and makes no exceptions in cases of rape or incest. Abortions in Texas have plummeted by more than 50% since the law took effect.

AUSTIN, Texas (AP) — The Texas Supreme Court on Friday paved the way for the nation’s toughest abortion law to remain in place in a ruling that again deflated clinics’ hopes of stopping — or even pausing — the restrictions anytime soon.

The ruling by the all-Republican court is the latest defeat for Texas abortion providers, which have now lost at both the U.S. Supreme Court and the state’s highest court since a ban on abortions after roughly six weeks of pregnancy took effect in September.

It is likely to further embolden other Republican-controlled states that are now pressing forward with similar laws, including neighboring Oklahoma, where many Texas women have crossed state lines to get an abortion for the past six months. The Republican-controlled Oklahoma Senate on Thursday approved a half-dozen anti-abortion measures, including a Texas-style ban.

The decision by the Texas Supreme Court turned on whether medical licensing officials had an enforcement role under the law known as Senate Bill 8, and therefore, could be sued by clinics that are reaching for any possible way to halt the restrictions.

But writing for the court, Justice Jeffrey Boyd said those state officials have no enforcement authority, “either directly or indirectly.”

Texas abortion providers did not immediately comment on the ruling but had already acknowledged they were running out of options and that the law would stay in place for the foreseeable future.

The U.S. Supreme Court has signaled in a separate case out of Mississippi that it would roll back abortion rights, and possibly overturn its landmark Roe v. Wade decision, in a ruling that is expected later this year.

The number of monthly abortions in Texas fell by more than 50% in the two months after the law took effect, according to state health figures. But that data only tells part of the story, and researchers say The number of Texas women who are going online to get abortion pills by mail from has risen sharply.

The Texas law makes no exceptions in cases of rape or incest.