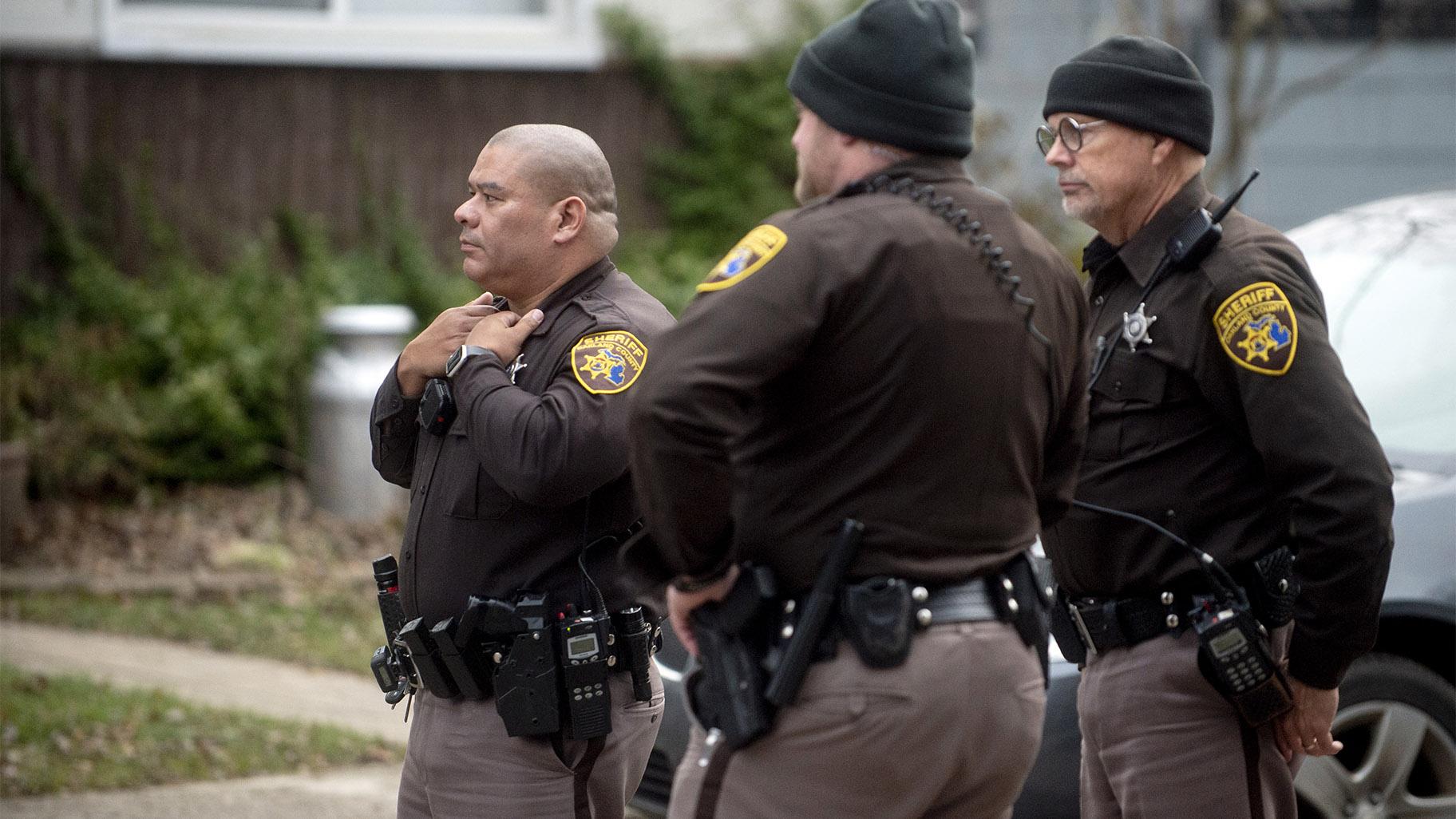 A judge imposed a combined $1 million bond Saturday for the parents of the Michigan teen charged with killing four students at Oxford High School, hours after police said they were caught hiding in a commercial building.

James and Jennifer Crumbley entered not guilty pleas to each of the four involuntary manslaughter counts against them during a hearing held on Zoom.

Judge Julie Nicholson assigned bond of $500,000 apiece to each of the parents and placed other requirements such as GPS monitoring, agreeing with prosecutors that they posed a flight risk.

The parents of a teen accused of killing four students in a shooting at Oxford High School were found hiding in a Detroit building early Saturday, several hours after a prosecutor filed involuntary manslaughter charges against them, officials said.

James and Jennifer Crumbley were captured in a commercial building that housed artwork, Detroit Police Chief James E. White said at a news conference. They were scheduled to be arraigned at 9:30 a.m. ET Saturday.

The Crumbleys' attorney, Shannon Smith, said Friday that the pair had left town earlier in the week “for their own safety” and would be returning to Oxford to face charges. But White seemed to dismiss the possibility that was their intention.

“This isn’t indicative of turning yourself in — hiding in a warehouse,” White said.

White said the couple “were aided in getting into the building,” and that a person who helped them may also face charges.

A Detroit business owner spotted a car tied to the Crumbleys in his parking lot late Friday, Oakland County Undersheriff Michael McCabe said in a statement. A woman seen near the vehicle ran away when the business owner called 911, McCabe said. The couple was later located and arrested by Detroit police.

He added that the parents appeared to be “distressed” when they were captured.

“Head down... just very upset,” he said of one of the parents.

A prosecutor filed involuntary manslaughter charges against the Crumbleys on Friday, accusing them of failing to intervene on the day of the tragedy despite being confronted with a drawing and chilling message — “blood everywhere” — that was found at the boy’s desk.

The Crumbleys committed “egregious” acts, from buying a gun on Black Friday and making it available to Ethan Crumbley to resisting his removal from school when they were summoned a few hours before the shooting, Oakland County prosecutor Karen McDonald said.

Authorities had been looking for the couple since Friday afternoon. Late Friday, U.S. Marshals announced a reward of up to $10,000 each for information leading to their arrests.

The couple was expected to be booked into the Oakland County Jail, McCabe said. 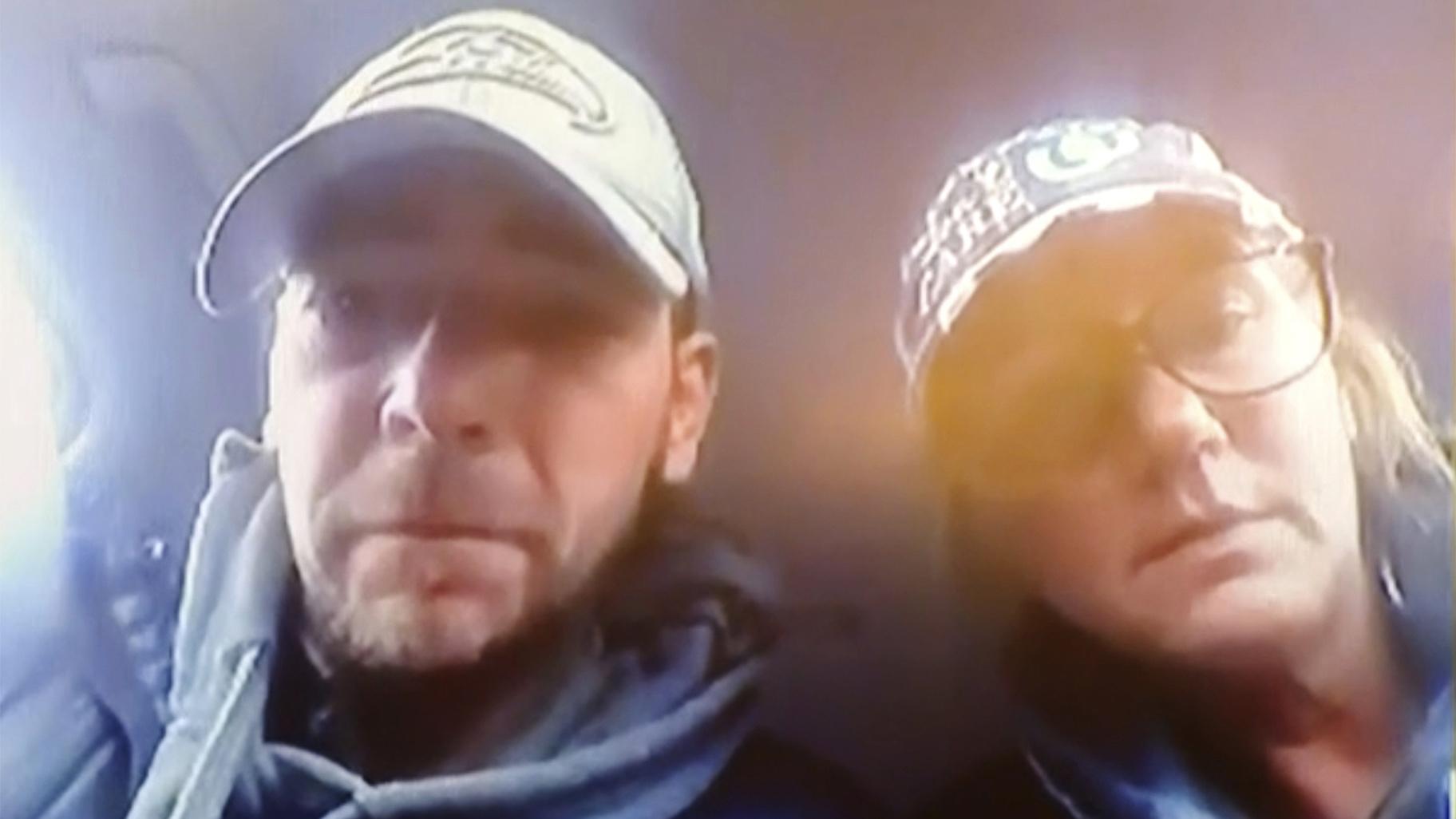 James, left, and Jennifer Crumbley are shown during the video arraignment of their son, Ethan Crumbley in Rochester Hills, Mich., on Wednesday, Dec. 1, 2021. A prosecutor filed involuntary manslaughter charges Friday, Dec. 3, 20201 against the Crumbleys whose 15-year-old son is accused of killing four students at a Michigan high school. (District Court via AP)

Earlier, the prosecutor offered the most precise account so far of the events that led to the shooting at Oxford High School, roughly 30 miles (50 kilometers) north of Detroit.

Ethan Crumbley, 15, emerged from a bathroom with a gun, shooting students in the hallway, investigators said. He’s charged as an adult with murder, terrorism and other crimes.

Under Michigan law, the involuntary manslaughter charge filed against the parents can be pursued if authorities believe someone contributed to a situation where there was a high chance of harm or death.

Parents in the U.S. are rarely charged in school shootings involving their children, even as most minors get guns from a parent or relative’s house, according to experts.

School officials became concerned about the younger Crumbley on Monday, a day before the shooting, when a teacher saw him searching for ammunition on his phone, McDonald said.

Jennifer Crumbley was contacted and subsequently told her son in a text message: “Lol. I’m not mad at you. You have to learn not to get caught,” according to the prosecutor.

On Tuesday, a teacher found a note on Ethan’s desk and took a photo. It was a drawing of a gun pointing at the words, “The thoughts won’t stop. Help me,” McDonald said.

There also was a drawing of a bullet, she said, with words above it: “Blood everywhere.”

Between the gun and the bullet was a person who appeared to have been shot twice and is bleeding. He also wrote, “My life is useless” and “The world is dead,” according to the prosecutor.

The school quickly had a meeting with Ethan and his parents, who were told to get him into counseling within 48 hours, McDonald said.

The Crumbleys failed to ask their son about the gun or check his backpack and “resisted the idea of their son leaving the school at that time,” McDonald said.

Instead, the teen returned to class and the shooting subsequently occurred.

“The notion that a parent could read those words and also know that their son had access to a deadly weapon that they gave him is unconscionable — it’s criminal,” the prosecutor said.

Jennifer Crumbley texted her son after the shooting, saying, “Ethan, don’t do it,” McDonald said.

James Crumbley called 911 to say that a gun was missing from their home and that Ethan might be the shooter. The gun had been kept in an unlocked drawer in the parents’ bedroom, McDonald said.

Ethan accompanied his father for the gun purchase on Nov. 26 and posted photos of the firearm on social media, saying, “Just got my new beauty today,” McDonald said.

Over the long Thanksgiving weekend, Jennifer Crumbley wrote on social media that it is a “mom and son day testing out his new Christmas present,” the prosecutor said.

Asked at a news conference if the father could be charged for purchasing the gun for the son, McDonald said that would be the decision of federal authorities.

In a video message to the community Thursday, the head of Oxford Community Schools said the high school looks like a “war zone” and won’t be ready for weeks. Superintendent Tim Throne repeatedly complimented students and staff for how they responded to the violence.

He also acknowledged the meeting of Crumbley, the parents and school officials. Throne offered no details but summed it up by saying, “No discipline was warranted.”

McDonald was asked about the decision to keep Crumbley in school.

“Of course, he shouldn’t have gone back to that classroom. ... I believe that is a universal position. I’m not going to chastise or attack, but yeah,” she said.

Asked if school officials may potentially be charged, McDonald said: “The investigation’s ongoing.”