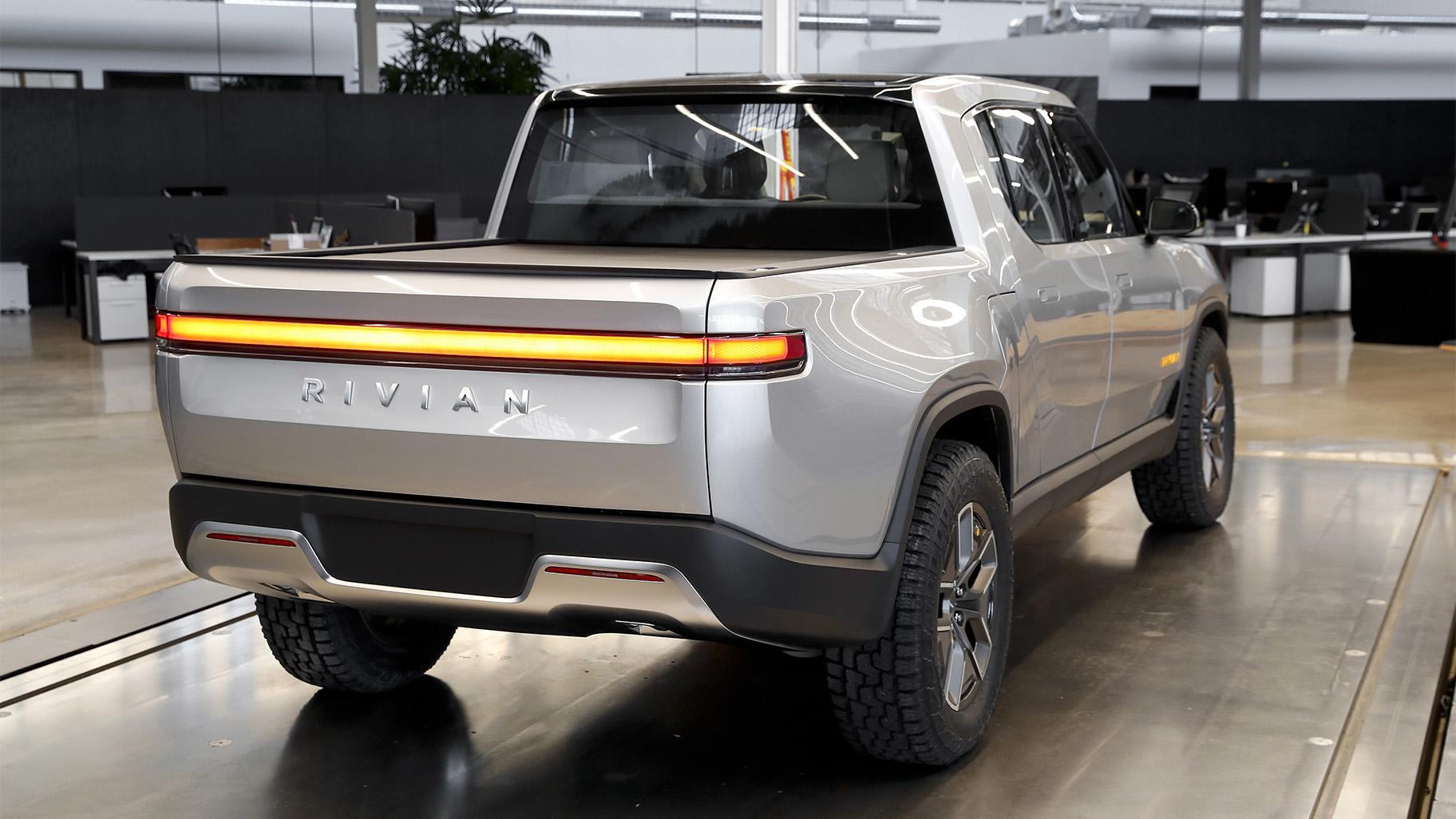 Shares of Rivian Automotive jumped in their debut Wednesday, rising as much as 53% as investors look for the next big winner in the electric vehicle market.

The closing price of $100.73 gave Rivian a market value of about $85.9 billion, greater than that of Ford and just below General Motors. That’s noteworthy because Rivian has so far delivered about 150 of its electric pickup trucks to customers, mostly employees, whereas Ford and GM sell millions of cars globally each year.

Ford is one of Rivian’s high-profile backers, having invested a half-billion dollars into the company in 2019. The other is Amazon, which held a 20% stake in Rivian ahead of the IPO.

Rivian is aiming to take advantage of a growing appetite among consumers and investors for electric vehicles. It joins what’s becoming a long line of companies, both new and old, trying to peel away market share from Tesla.

Tesla has largely dominated the electric vehicle market for years, amassing a market value of more than $1 trillion along the way. So far this year, Tesla has sold around 627,300 vehicles.

Rivian priced the offering of 153 million shares at $78, giving it proceeds of nearly $12 billion. The company said it will use the money to ramp up production of its trucks, vans and SUVs.

Craig Irwin, an analyst who covers electric vehicle and EV charging companies for Roth Capital, says that even with more companies entering the EV market, there is still plenty of room for newcomers.

“EVs are inevitable, and it’s a good thing for the markets to have another credible EV competitor come public,” Roth said. “Rivian’s IPO marks a point of incremental maturation for the industry and shows that billions in capital is available for credible players.”

Rivian has a contract with Amazon to build 100,000 electric delivery vans at its factory, a former Mitsubishi plant in Normal, Illinois. Ford Motor Co. holds a 13% stake and has said the companies would work jointly to develop electric vehicles.

As of Oct. 31, Rivian had about 55,400 vehicle preorders in the U.S. and Canada. Those orders are placed with a $1,000 deposit that can be canceled and refunded.

Rivian rolled out its first vehicle, the R1T electric truck in September and will launch its electric SUV, the R1S, in December. Prices for the truck start at $67,500, while the SUV base package starts at $75,500 and gets even steeper with all the add-ons.

Options for the vehicles include a $10,000 battery upgrade that will extend the driving range from 314 miles (505 kilometers) to more than 400 miles (643 kilometers). A three-person roof-mounted tent adds $2,650 to the bill and an off-road recovery kit will cost an additional $600.

The R1T will compete with Ford’s F-150 Lightning electric pickup, which goes on sale next year. The Lightning has a starting price of $40,000, but will sell for thousands of dollars more once customers add options. General Motors has announced plans for an electric version of the Silverado pickup.

“Although the R1T’s advantage is that it’s first to market and it will likely appeal to a Tesla-type shopper, the long-term volume expectations for a $70,000+ midsize truck aren’t very high,” said Jessica Caldwell of the automotive website Edmunds in an email.

The research firm LMC Automotive says in 2020, EVs made up a little more than 3% of the global auto market and less than 2% of the U.S. auto market. The group projects those numbers to shoot up to about 15% and 12%, respectively, by 2025.

Rivian, which was founded in 2009, says it lost $426 million in 2019 and $1 billion last year. It reported losing nearly another billion dollars in the first six months of this year. Tesla, which went public in 2010, recorded its first annual profit last year.