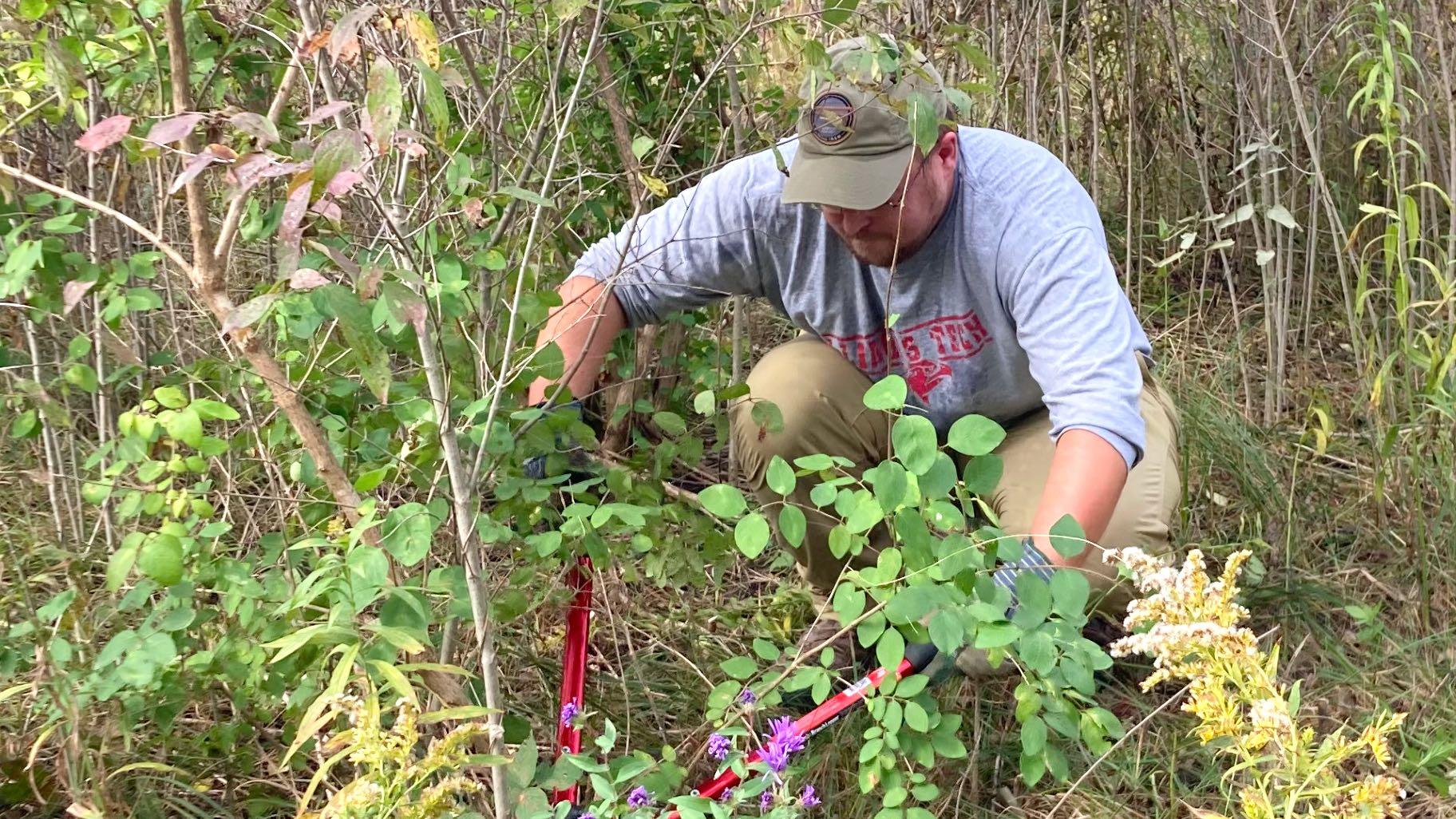 From a unique patch of grand prairie to a rare type of wetland, remnants of Illinois’ rich ecological past are still stubbornly eking out an existence in the cracks between farmland and urban sprawl.

They’re alive, but not doing so well. One organization seeks to change that.

Founded in 2020 to rally support for the state’s protected natural areas, Friends of Illinois Nature Preserves is now launching a major recruitment effort to grow its ranks and muster a corps of volunteers to steward the sites.

The state’s nature preserve system is remarkable for its breadth — more than 600 sites, totaling more than 100,000 acres — but that scope is also its greatest challenge. Many of the preserves have gone decades, or longer, without management and are in danger of losing the very characteristics that merited their protection in the first place.

To spark interest, the group is holding volunteer kick-off events at preserves throughout October in partnership with conservation and community organizations. The idea is to use the two-hour sessions to introduce people to these rough-around-the-edges gems in need of a polish, and also give folks a taste of what’s involved in ecological restoration.

“It’s a no commitment chance to see what it’s about and whether it’s something you might want to devote your time to,” Economou said.

Potential stewards will learn about the site’s history as well as its flora and fauna, and will take part in typical restoration activities such as collecting seeds from native plants or hacking away at invasive brush.

It’s not exactly a walk in the park, but the work is rewarding, said Friends volunteer Rebeccah Hartz.

“It’s an exciting, empowering feeling to know you have a role in nature. You can make a huge difference by being an active participant,” Hartz said. “In a way, it’s an honor to be needed and to be a caretaker.”

Economou said an added bonus to volunteering with Friends has been discovering a group of like-minded nature lovers he never knew existed.

“My nature friends are people I probably would not have met or spent time with any other way: current and former hippies, schoolteachers, CTA mechanics, professors, doctors, retirees, college students, government employees; people of all creeds and colors,” he said. 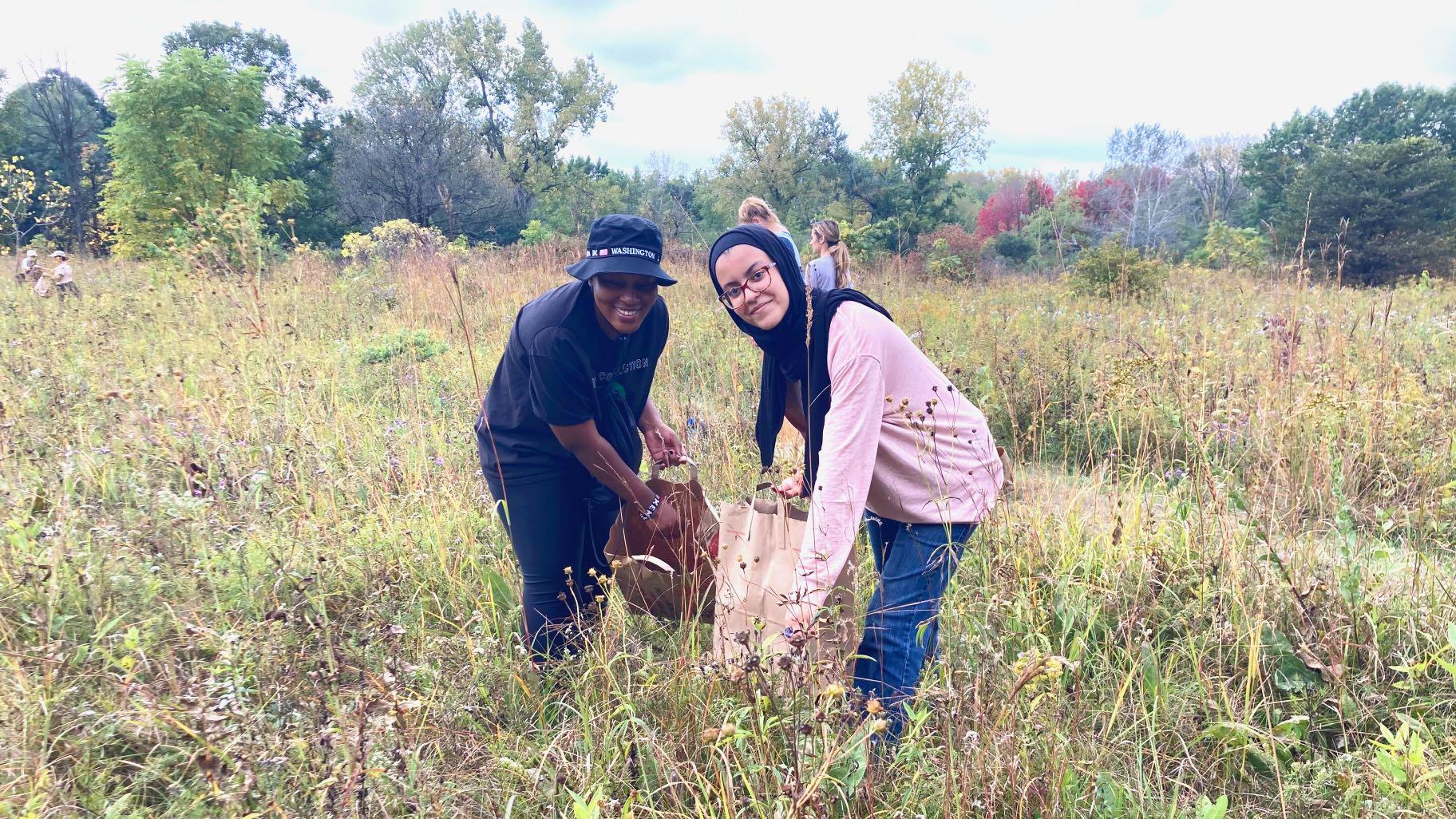 No experience is necessary, just bring a willingness to learn, according to Economou and Hartz, neither of whom has a background in ecology.

On Saturday, the group hosted an inaugural event at Lake Forest’s Shaw Woods and Prairie, which is part of the Skokie River Nature Preserve.

“The turnout of caring people was impressive. It felt historic,” Economou said of the event. “Many are eager to learn how the community that got its start at Shaw Woods and Prairie on Oct. 2 will grow and what tremendous things it will accomplish.”

Ultimately the goal is for stewards to reach the point where they’re maintaining a preserve’s landscape, rather than doing the heavy lifting of restoring a degraded site. “We haven’t reached that with any of the places,” Economou said.

There’s a sense that the clock is ticking, which is one reason behind the push for more volunteers.

“One of the analogies that helped me wrap my head around the urgency was ‘the ecosystem is a patient in intensive care,’” Hartz said. “You constantly have to be reviewing the priorities. What is going to make the biggest difference to help it hold on?”

But the race is no longer just between helping native plants and wildlife regain a foothold and eradicating invasive species. Climate change is the threat that looms over every conservation project. Heat waves, drought or other extreme weather could conceivably wipe out years of restoration efforts in one swift blow.

That’s all the more reason to pick up the pace of Friends’ work and increase its network of supporters, according to Economou. “The best insurance (against climate change) is to restore an ecosystem’s health and make it as diverse as possible,” he said. 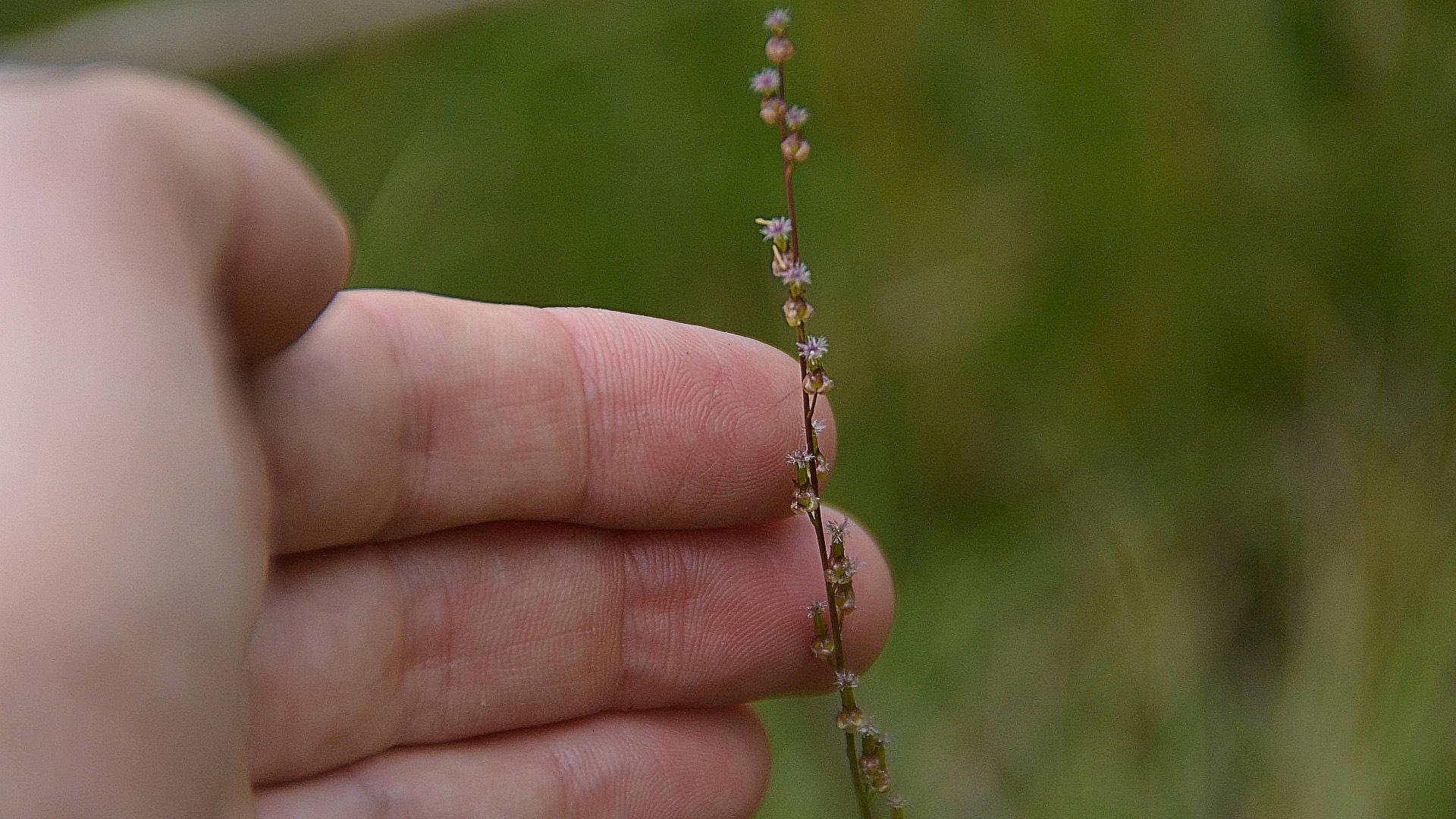 One of the rare, delicate native plants hanging on at Kishwaukee Fen. (Courtesy Friends of Illinois Nature Preserves) WANT TO GET INVOLVED?

Upcoming events have been scheduled for Oct. 17 at Kishwaukee Fen and Oct. 23 at Old Plank Road.

Get details for those events below and learn about what makes these preserves such special places, according to Economou and Hartz.

Description: Fens are a unique type of wetland, created in places where the water table is so close to the surface that it keeps the ground saturated as a result.

Features: The soil of a fen tends to be alkaline — Kishwaukee has high levels of calcium carbonate in its groundwater — creating a specialized environment where only certain plants can survive, giving natives a sort of built-in defense against invasive species, according to Hartz.

Among her favorite natives: bog arrow grass (listed as threatened in Illinois) and Kalm’s lobelia, which Hartz described as “the most delicate of delicate lobelias.”

“Kishwaukee’s really impressive. Parts are holding on really valiantly,” she said. “There are some rare, precious fen species holding on.”

But there are also aggressive, persistent invasive species like reed canary grass and purple loosestrife, which can crowd out natives and create a monoculture that provides little if any benefit to wildlife.

“The (native) remnant species are there, but there are these other layers that need to be peeled off,” Hartz said, adding that’s where volunteer stewards can help.

Another natural wonder found at Kishwaukee Fen is tufa, an otherworldly rock formation that occurs when limestone meets alkaline water. Tufa “mega formations”  are tourist attractions in California and Nevada.

Description: Old Plank Road is a black soil prairie, also known as tall grass prairie or grand prairie. Once the most abundant prairie type in Illinois, it’s now the rarest as much of its fertile soil was converted to agricultural use. The Old Plank Road remnant exists because it bordered a rail line and this right-of-way was fenced off from both farming and grazing. “We have these scraps that used to cover millions and millions of acres,” said Economou.

Features: Native plants found at Old Plank Road include prairie gentian, which is only seen at a handful of sites in the region, said Economou. The mere presence of this plant is an indicator of original high-quality prairie, according to experts.

The Great Plains ladies' tresses is an unusual orchid, with tiny white flowers that bloom at the tip of the plant in a twisting spiral. Its strong vanilla-like fragrance is one of the reasons the plant is a favorite of Economou's.

After an absence of stewardship for 20 years, the Orland Grassland volunteers stepped in to save the Old Plank preserve from encroaching invasive species, taking time away from the group's own conservation efforts. Friends of Illinois Nature Preserves is hoping to build on that work with a new crew of dedicated stewards.