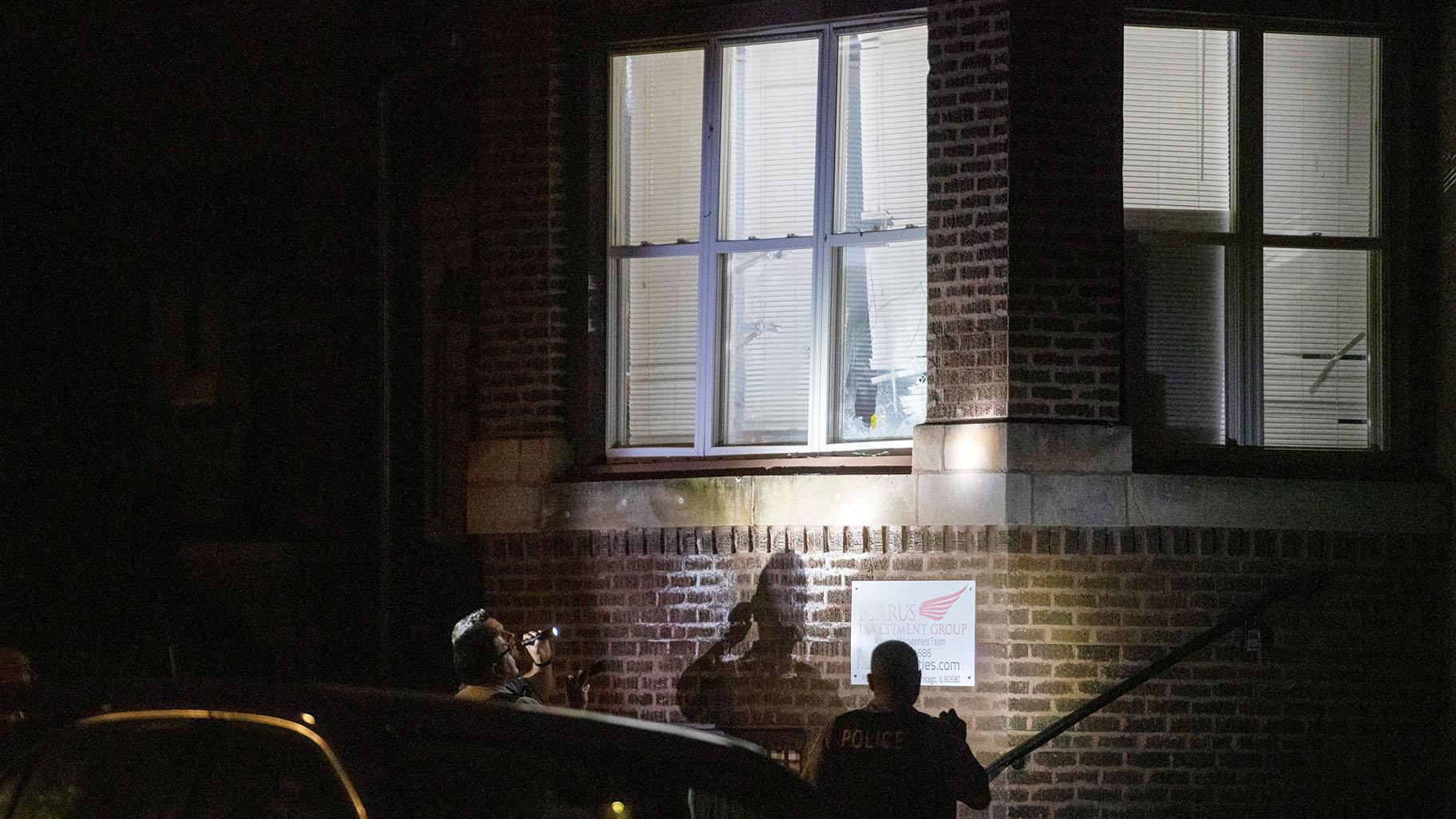 Chicago police are investigating the shooting of a 4-year-old boy in Chicago on Friday night. (Tyler LaRiviere / Chicago Sun-Times / AP)

(CNN) — At least eight children have been shot, one fatally, so far over the Labor Day weekend in Chicago, authorities said

A 4-year-old was getting his hair cut in his own home when bullets came through the house, striking him in the head. He died at the hospital, Deputy Chief Rahman Muhammad with the Chicago Police’s Detective Division said Monday at a news conference.

A 14-year-old and an 11-year-old were shot at a neighborhood back-to-school event, Muhammad said.

Additionally, a 13-year-old was shot through his basement window.

A 14-year-old boy walking to a vehicle with his father was shot and, in a separate incident, a 17-year-old boy was shot while in a car traveling home after a party, Muhammad said.

Six of the eight children were shot within a 12-hour period Saturday. A total of 58 people have been shot in the city, five fatally, since 8 p.m Friday, authorities said.

Police Superintendent David Brown said family members need to stop inviting offenders that are being targeted to their homes for family gatherings and they also need to stop covering up for the offenders. Instead, Brown said, they need to cooperate with police in order to protect children.

There are typically three circumstances in which children are shot in the city, Brown said.

“There are very few, if any, circumstances where our young people are directly being targeted. It’s always some other offender, gang member, criminal network, some beef and they’re targeting some adult and young people are nearby, and they are shot as innocent bystanders.”

The superintendent said he doesn’t invite certain family members to family gatherings because there are issues with the family member “living a life of crime.”

He also spoke directly to “the offenders who are being targeted.”

“You know the life you’ve lived. You know that you’re being targeted or that you’ve done something to cause this retribution from some rival gang or some rival person. Why are you continuing to be around young people, our children? That’s on you,” Brown said.

The city, like many others across the country, is seeing an increase in gun violence. Shooting incidents in Chicago were 65% higher in the year to date as of August 31 compared to two years earlier, according to police, and 9% higher than last year.

Nationwide, an average of 200 people have been killed and 472 injured by guns each weekend this summer, not including suicides, according to an analysis for CNN by the Gun Violence Archive. That’s nearly 3.4 people shot every hour every weekend.