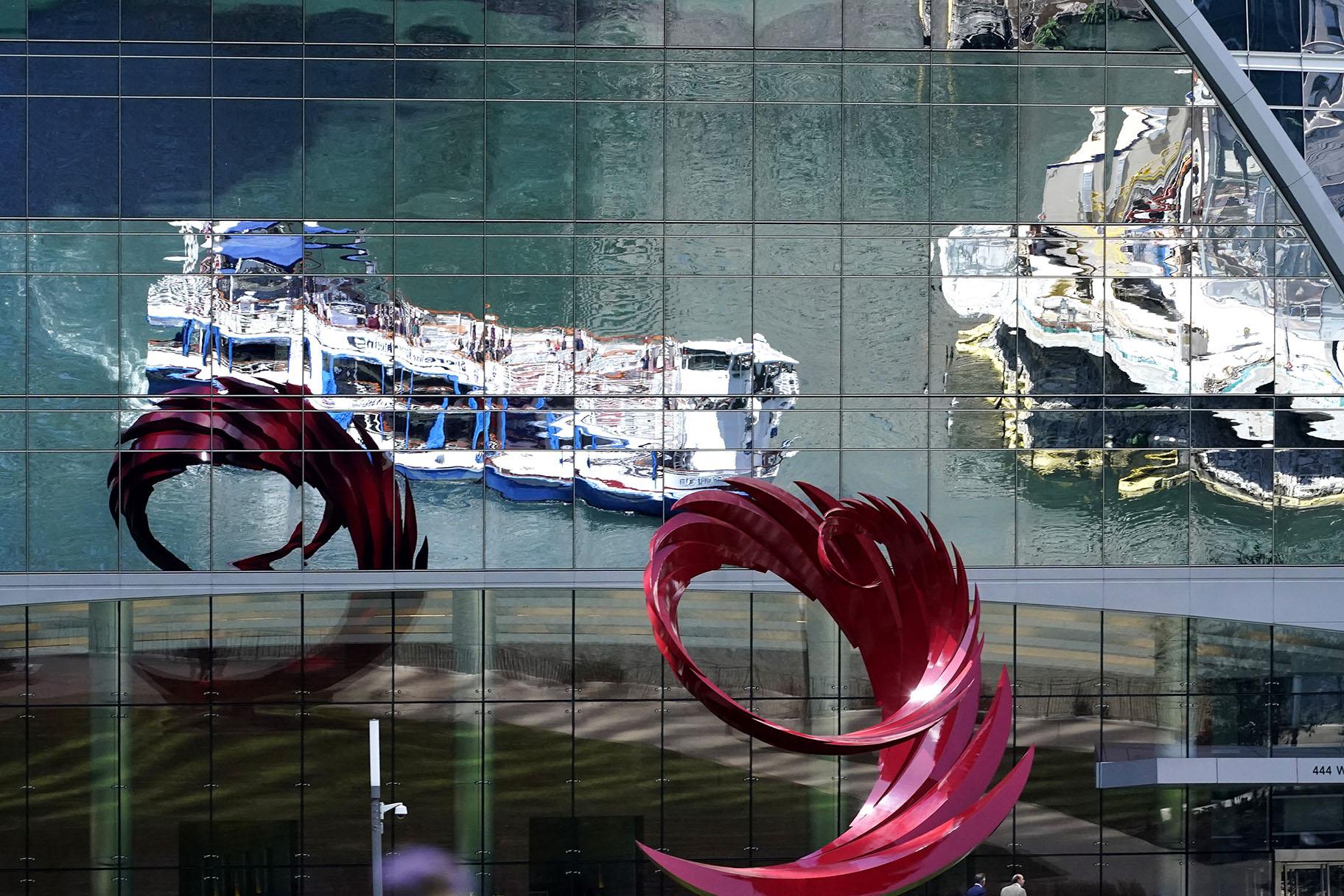 CHICAGO (AP) — Rowers, kayakers and other users of the Chicago River are getting a real-time look at one measure of water quality in the system that weaves through downtown and several neighborhoods.

Chicago nonprofit Current in 2019 installed three sensors in the river’s three main branches to continuously estimate the amount of bacteria from human and other warm-blooded animals’ waste.

READ: How Clean is the Chicago River? A New Project Wants to Show You in Real Time

The organization initially planned to begin making the real-time results public in 2020. But the coronavirus pandemic delayed their plans until Thursday, when a website updating with data taken every 15 minutes went online.

The city’s development in the 19th century was thanks to the river — truly a system of rivers and manmade canals — that provided a path between the Great Lakes and the Mississippi River system. While the meatpacking and lumber industries could use it for shipping, the waterway also became a dumping ground for those and other industries and for sewage from homes and businesses.

Quality of the 156-mile (251-kilometer) river system has improved in recent years, helped by multibillion-dollar construction of new reservoirs and underground tunnels. But when rain overwhelms Chicago’s sewer systems, sewage and stormwater is diverted to the river, prompting warnings to stay off the water for several days.

That’s unlikely to change; city authorities have warned that climate change’s effects will continue bringing more frequent and intense storms to the region.

Fecal coliform isn’t dangerous itself, but the bacteria’s presence in a body of water is a warning, telling scientists that illness-causing pathogens likely are there too.

Results from traditional testing based on water sampling from the river are available through local or state regulators, but those are collected intermittently. Users also can check for alerts warning of a recent sewage diversion into the river.

But neither help someone hoping to get on the water that day, said Alaina Harkness, Current’s executive director.

The optical sensors Current uses can’t measure the level of fecal coliform present. Instead, they gather data about the murkiness and temperature of the water and light emitted by tryptophan — an amino acid from microorganisms that has been linked to fecal coliform. That allows an estimate of the level of bacteria present, Harkness said.

“We have a rich sense of how the river’s doing today, how does it compare to how the river is doing historically, and how does it vary across the branches,” she said. “And that’s the important story for users who are making decisions about how to use the river on a day-to-day basis.”

A kayaker, for instance, may decide to use the river’s main branch instead of the southern or northern branch if those sensors estimate a level of bacteria above the state standard for safe recreational use, she said.

Trish Brubaker, executive director of the Lincoln Park Boat Club, said she can use that information when planning workouts for rowing clubs.

Brubaker said clubs often used single sculls last year to allow for social distancing. But singles are more vulnerable to tipping and one athlete became sick after falling into the river water.

“It would definitely impact who we put into singles or whether we practice singles at all,” Brubaker said.

Officials with the agency responsible for Chicago’s wastewater system warned that people shouldn’t depend entirely on the data from the sensors.

The technology is newer than traditional water sampling and testing, and it captures only a moment in time, said Dr. Heng Zhang, assistant director of monitoring and research at the Metropolitan Water Reclamation District of Greater Chicago.

“The more information people have, the better,” he said. “But just understand the information is just an indicator, and it’s not 100%. It has a lot of variations.”

Current officials hope providing more information about the river will improve its reputation among people who still see it as a dumping ground.

Doug McConnell, co-founder of the nonprofit A Long Swim that raises money toward Lou Gehrig’s disease research, for several years has been seeking city approval for a river swim. He is excited about the Current project and hopes the information will lead to more interest in the river.

“What needs to happen here is a change of impression and perception people have,” McConnell said. “The river is the whole reason Chicago is here. It’s really something to honor.”