Eastbound traffic was temporarily closed Monday afternoon on I-290 near California Avenue, after a shooting on the expressway resulted in two gunshot victims going to the hospital, according to the Illinois State Police.

It marked the 159th shooting on an expressway in the Chicago area so far in 2021.

It’s possible a camera may have captured what happened.

On Friday, the Illinois State Police announced it was beginning to install license plate reader cameras along Chicago-area expressways, at a cost of $12.5 million.

Illinois State Police Director Brendan Kelly in a press release Friday called the cameras “an important step toward expanding force-multiplying technology we have long needed to protect the public traveling on Chicago expressways,” and “an increasingly important tool for the ISP to collect the evidence we need to detect and deter crime on our interstates.” 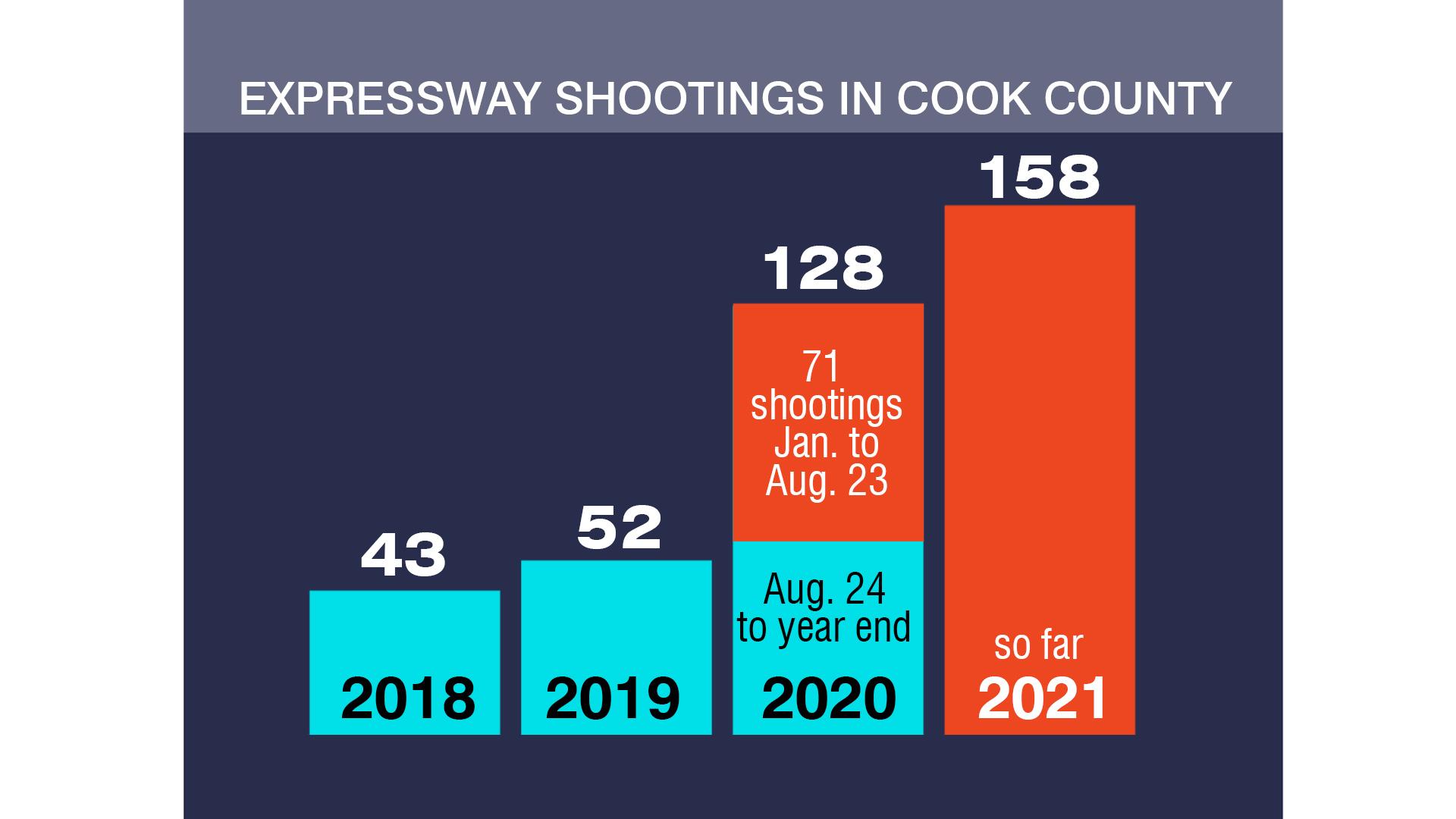 While Chicago is not alone in experiencing a recent spike in crime, Loyola University Chicago criminologist Arthur Lurigio said Chicago is an outlier when it comes to expressway shootings.

“Major cities have not experienced the same phenomena. I’ve talked to police chiefs all over the country about this because I am working on trying to come up with a plan to help Chicago address its problem with violence. And this appears to be unique. And I mean the word unique,” Lurigio said.

Lurigio said he’s not sure why it’s happening.

“The Eisenhower Expressway has been a place where people come from all over Chicagoland and beyond to buy drugs. Get off the expressway, get back on, go back home” he said. “It could be related to why those thoroughfares that align the expressway have been high crime, high traffic and places of potential conflict and the expressway is close by. And if they move those conflicts beyond the streets they can move them onto the expressway.”

He offers possibilities. Because of easy expressway entrance and exits, criminals may feel like they’ll have an easier time eluding police. It could be that in a subcultures of violence, shootouts on the expressway have become normative. It may be part of a vicious cycle: stretches of highway abut areas with high rates of drug crimes. A conflict in the neighborhood streets may carry over to the expressway.

“This is a largely new phenomenon,” said DePaul transportation expert Joe Schwieterman. “It’s frustrating because there’s no clear causes and no clear solutions. And it is playing out that it’s happening in mostly the higher-crime areas and that sort of plays to people’s apprehension that coming into the city carries with it some risk merely by being on the highway. It really compounds image issues with our city. That needs prompt attention.”

In mid-August, 67-year-old retired special education teacher Denise Huguelet was shot and killed on the Dan Ryan as she was going home from a White Sox game.

According to the Illinois State Police, the highest number of expressway shootings this year — 51— have occurred on the Dan Ryan (I-90/94). 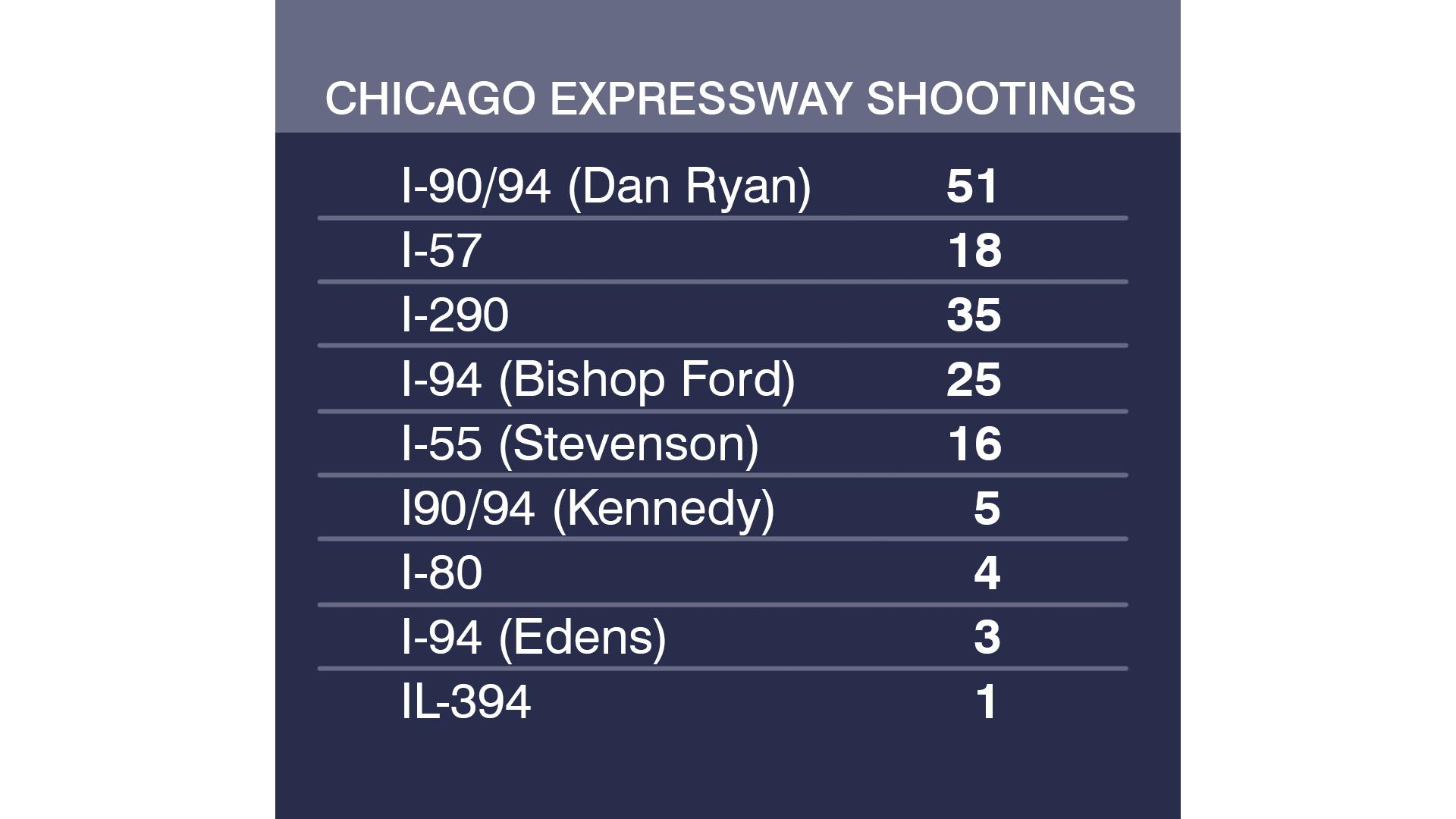 Tamara Clayton was driving to work along I-57 in February 2019 when she was shot and killed.

The law took effect in January 2020 and the authority expires in July 2023.

Given the rise in shootings, there’s been criticism over the delay.

State Rep. Thaddeus Jones, D-Calumet City, a sponsor of the law, says the state had to assess bids (Motorola was selected) and fiber-optic cables had to be installed so the video was of the best possible quality.

He also says that originally, the plan didn’t call for automatic license plate reading. At the state police’s recommendation, that’s now part of it.

He’s under no illusion that this will entirely stop expressway shootings, but said this will be a tool. 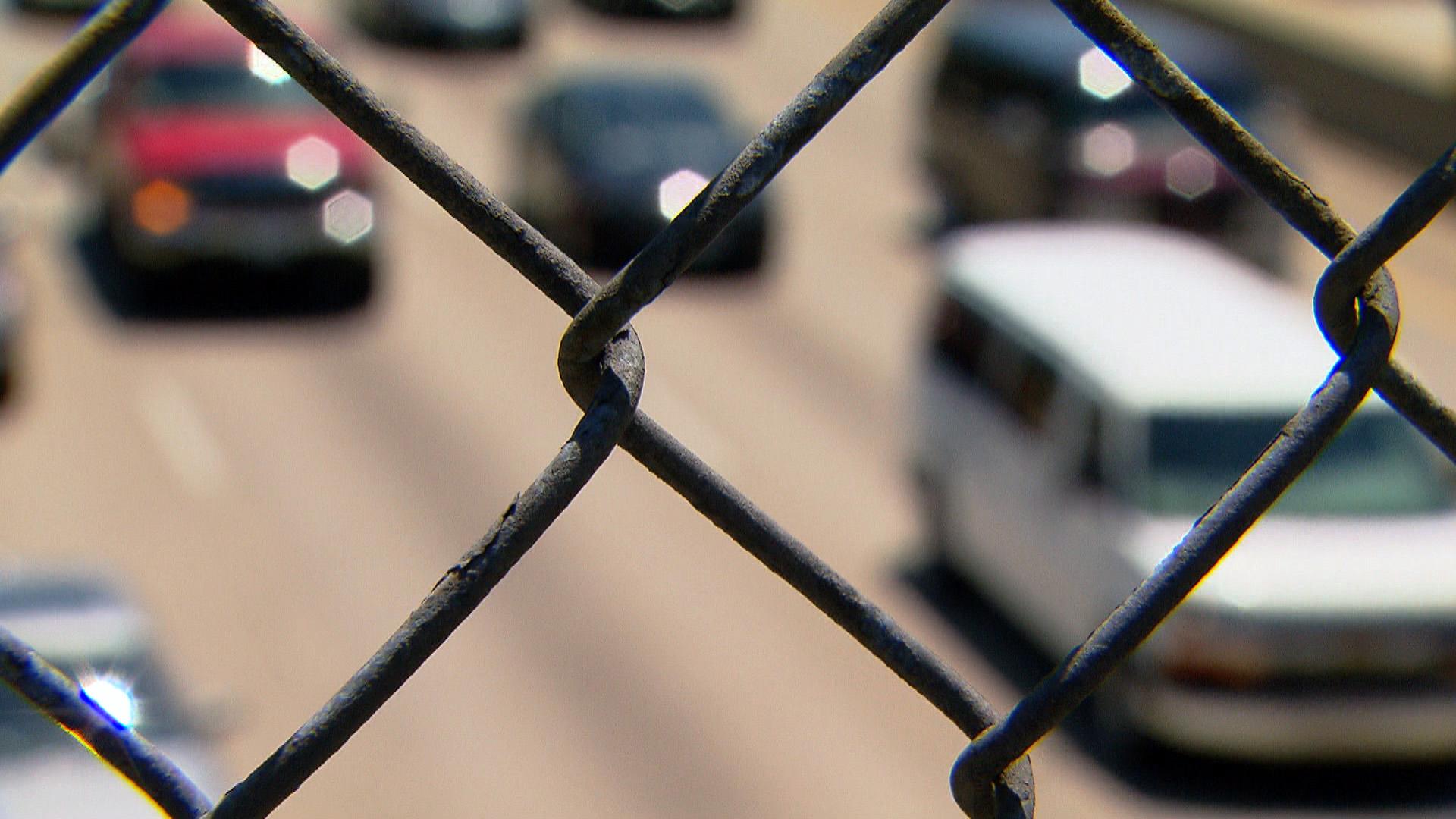 “Some of the things I want to see out of this is increased patrols and increased catching of people who are shooting on our expressways, and then hopefully we see a reduction in the shootings on the expressway. That’s my hope,” Jones said.

The American Civil Liberties Union of Illinois’ Ed Yohnka is open to thinking of the law as a tool, even if he’s skeptical about how often cameras really deter crime or catch criminals.

If cameras are going to be part of law enforcement’s arsenal, he said controls need to be put in place before they become invasive surveillance tools that capture information about those committing violent acts as well as countless others.

“Thousands of people each day drive up and down the Dan Ryan Expressway. They go to work, they go school, they go to church,” Yohnka said. “They do all sorts of things about which the government does not need to track them and does not need to know their whereabouts. When I know where someone is, when I know where they’re going and what they’re going, that tells me a lot about that person.”

The Expressway Camera Act has some limits.

The statute specifies the cameras are to be used by only law enforcement and for the investigation of offenses involving guns or “to detect expressway hazards,” and that they cannot be used for “petty” offenses, like speeding.

Yohnka says those are comforting restrictions — but he still has questions.

He questions what will be done with video footage for periods when there is no accident, shooting or other event.

“Is the data from that day wiped? Or is it maintained? How long is it maintained? Could someone go back and use it again for some other purpose? Are there rules in place for who has access to it? And what happens if someone violates those rules?” Yohnka asked.

The Illinois State Police did not immediately offer the guidelines and protocols it’s using; WTTW News has submitted a Freedom of Information Act request to gather those details.

He said the ACLU wasn’t involved in negotiations, and that his intent is solely to try to curb expressway gun crimes.

“They should read the bill and as an organization that supports rights, how about the rights of victims who get killed and shot at on the expressway?” Jones said.

Lurigio is unsure whether the cameras will minimize the rash of expressway shootings, but said the addition of the technology compared with recent data will serve as a sort of experiment.

“It’s reasonable to assume that the cameras will make a difference but it’s not answerable until we get some data,” he said.

Of the 158 shootings so this year — prior to the latest on Monday afternoon — there have been 10 arrests or charges filed, according to state police. 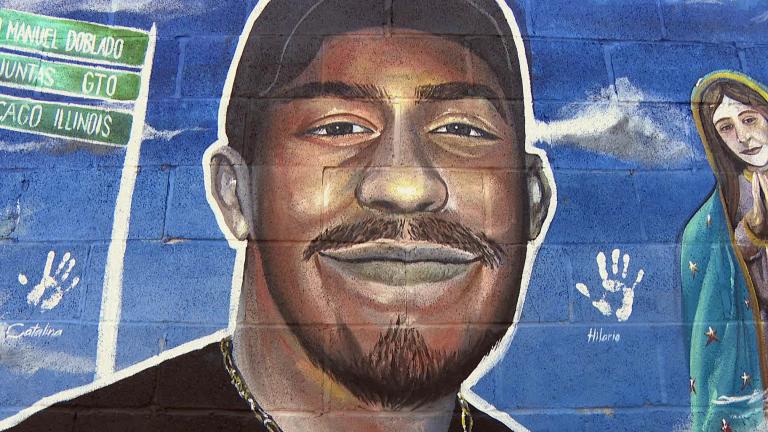 Calls for Assault Weapons Ban After Another Mass Shooting 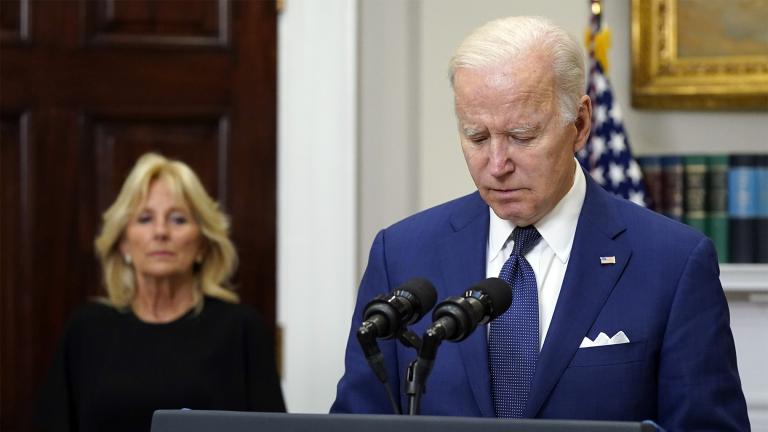 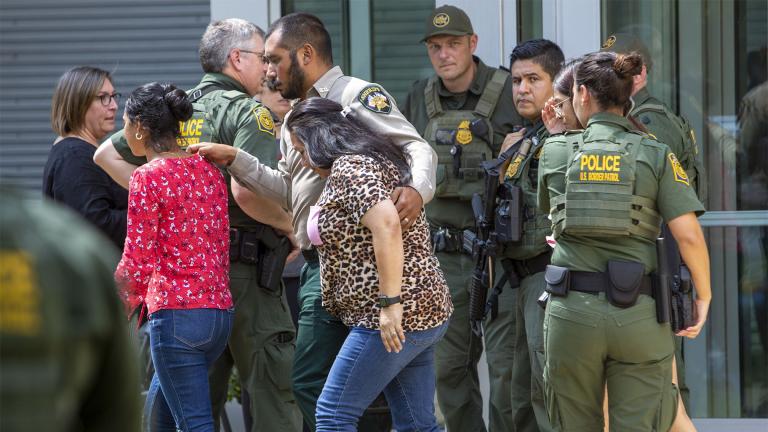 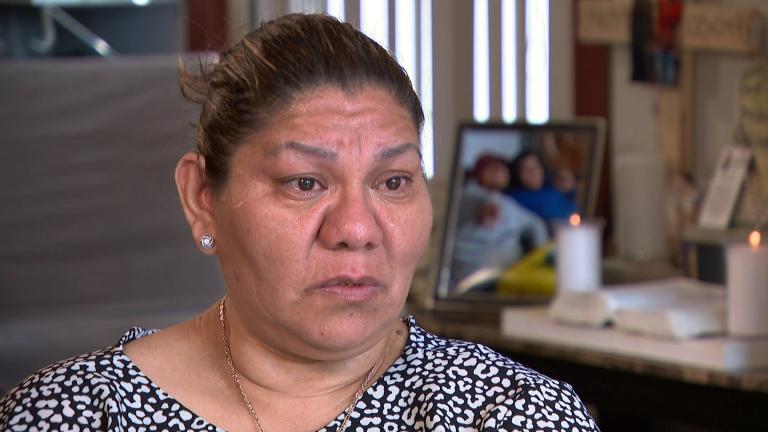