The frequency of anti-Asian incidents — from taunts to outright assaults — reported in the United States so far this year seems poised to surpass last year despite months of political and social activism, according to a new report released Thursday.

Stop AAPI Hate, a national coalition that became the authority on gathering data on racially motivated attacks related to the pandemic, received 9,081 incident reports between March 19, 2020, and this June. Of those, 4,548 occurred last year, and 4,533 this year. Since the coronavirus was first reported in China, people of Asian and Pacific Islander descent have been treated as scapegoats solely based on their race.

Lawmakers, activists and community groups have pushed back against the wave of attacks. There have been countless social media campaigns, bystander training sessions and public rallies. In May, President Joe Biden signed the bipartisan COVID-19 Hate Crimes Act, expediting Justice Department reviews of anti-Asian hate crimes and making available federal grants. Those supporters should not feel discouraged because the data hasn’t shifted much, Stop AAPI Hate leaders said.

“When you encourage hate, it’s not like a genie in a bottle where you can pull it out and push it back in whenever you want,” said Manjusha Kulkarni, co-founder of Stop AAPI Hate and executive director of the Asian Pacific Policy and Planning Council. “There’s too much perpetuating these belief systems to make them go away.”

Several factors contributed to the data, from an increase incidents to a greater desire to report, according to Kulkarni. As the economy opened up more in the past few months, it meant more public interactions and opportunities to attack, she said. Also, a bump in reporting typically occurs after a high-profile incident like the March 16 Atlanta-area spa shootings that left six Asian women dead.

“There, too, is where we saw some that were incidents that had taken place weeks or months before, but they just were either not aware of our reporting center or didn’t take the time to report,” Kulkarni said. 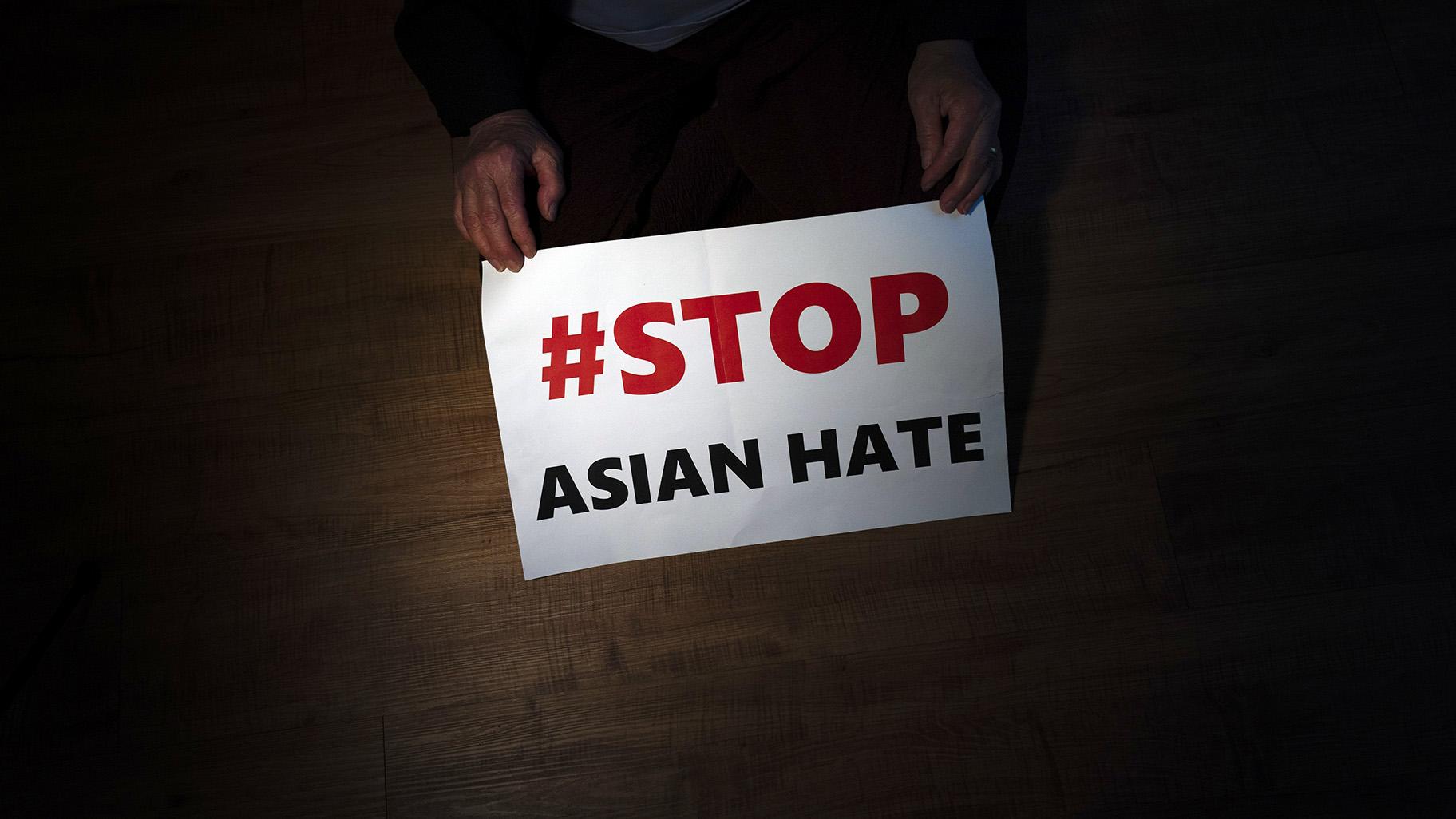 In this March 31, 2021, file photo, Jen Ho Lee, a 76-year-old South Korean immigrant, poses in her apartment in Los Angeles with a sign from a recent rally against anti-Asian hate crimes she attended. (AP Photo / Jae C. Hong, File)

The reports aggregated by Stop AAPI Hate are from the victims themselves or someone reporting on their behalf, like an adult child. Overall, the report found verbal harassment and shunning — interactions that don’t qualify legally as hate crimes — make up the two largest shares of total incidents. Physical assaults made up the third. But their percentage of the incidents this year increased from last year — 16.6% compared to 10.8%.

More than 63% of the incidents were submitted by women. Roughly 31% took place on public streets, and 30% at businesses.

Many Asian Americans and others blame former President Donald Trump for ratcheting up the danger by talking about the virus in racially charged terms. While Biden has demonstrated allyship, there is concern that a U.S. investigation into the origins of COVID-19  could lead to more hostility and treatment of Asian Americans as enemy foreigners.

“We understand that other nation-states are competitors to the United States, and a number of them do have authoritarian regimes,” Kulkarni said. “But the ways in which we talk about the people and the ways in which blame is assigned somehow looks different for communities of color than it does for, say, the Russian government or the German government.”

Many of the headline-making attacks over the past year and a half have been against elderly Asian people on both coasts. In most of those cases, a senior was beaten, kicked, shoved or even stabbed out of nowhere. Several such incidents have been caught on video.

A U.S. Census survey released earlier this month found Asian American households were twice as likely as white households to admit they didn’t have enough food throughout the pandemic because they were afraid to go out — not due to affordability or transportation issues. In contrast, other racial groups’ households said they were experiencing food insecurity because of the pandemic. Asian American respondents didn’t say specifically if it was fear of racial attacks that kept them at home.

Anni Chung, president and CEO of San Francisco-based Self-Help for the Elderly, says the seniors they help were hit by a “second virus that is a hate virus.” The nonprofit provides food and programs to more than 40,000 older adults in the Bay Area, most of them Asian. The organization went from transporting a pre-pandemic load of 400 meals daily to over 5,000 per day. Last year, they gave out 963,000 meals overall compared with 436,000 typically.

“Sometimes when we talk to seniors, they say this hatred drove them to be stuck in their house even worse than the pandemic,” Chung said.

For them, the fear is more than a headline but something in their own backyard.

“One of our clients was on the bus. Right before the man got off the bus, he just punched her,” Chung said. “She said no one — not the bus driver and a number of Chinese on the bus — went to her care.”

Giving into that fear means seniors have missed important things like doctor’s appointments or exercise routines at the park. So, in June, with some funding from the city, the organization expanded a volunteer escort service to accompany seniors on errands or outings around Chinatown and other neighborhoods. They had more than 200 requests that month.

The onslaught of verbal and physical assaults has drawn more skepticism than sympathy from some. Peter Yu, a Republican U.S. Senate candidate in Colorado who is also Chinese American, came under fire last month for characterizing anti-Asian hate crimes as exaggerated.

“I would welcome him to look at the data and see there has been a significant increase,” Kulkarni said. “This may be a situation when people refuse to see racism or misogyny. I think they’re just really refusing to see reality and how unfortunately, in the U.S, we have allowed those forces to prevent people from living their lives.”

Note: This story was originally published Aug. 12, 2021. It has been updated to include our “Chicago Tonight” conversation.