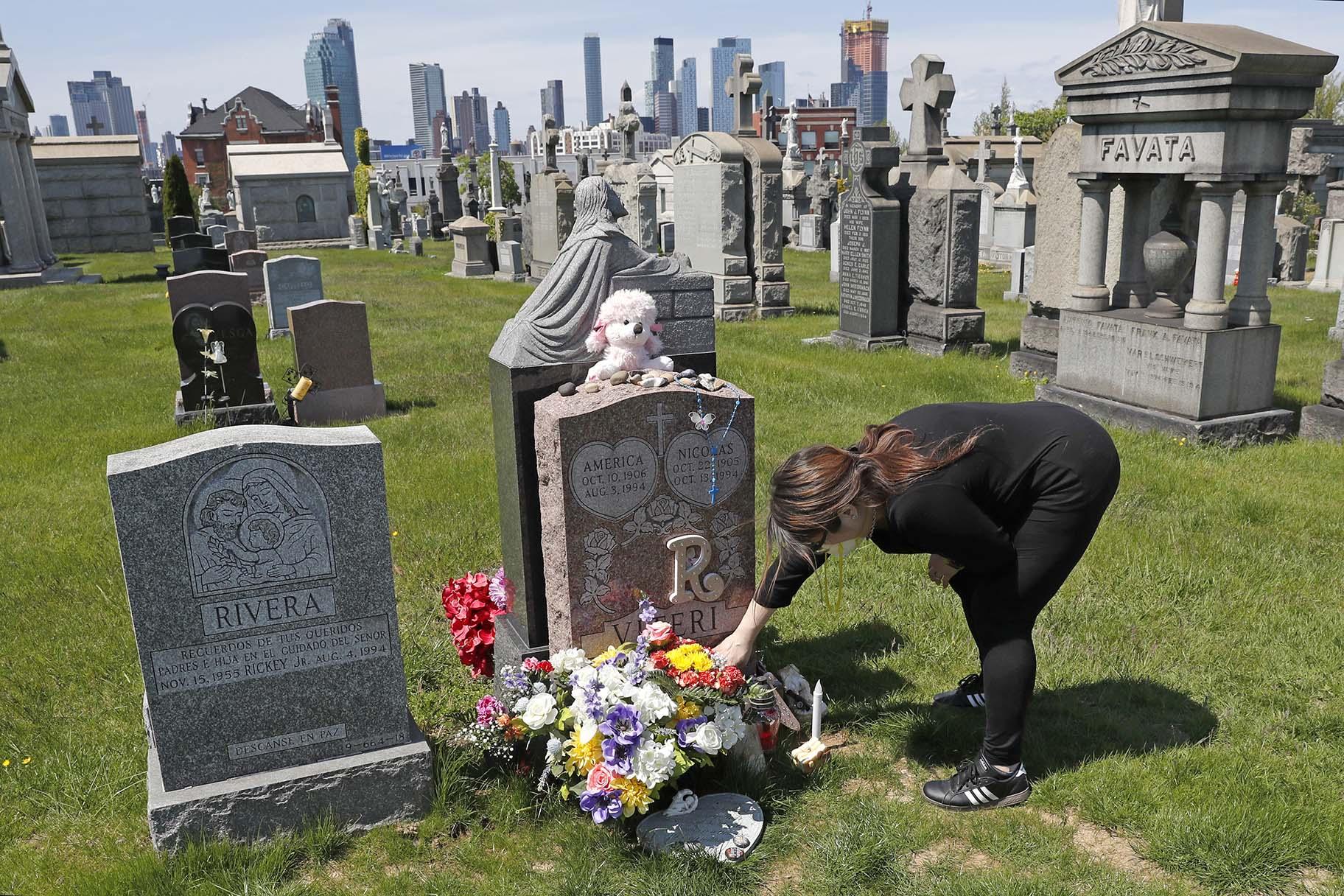 In this Sunday, May 10, 2020 file photo, Sharon Rivera adjusts flowers and other items left at the grave of her daughter, Victoria, at Calvary Cemetery in New York, on Mother’s Day. (AP Photo / Kathy Willens, File)

NEW YORK (AP) — Overdose deaths soared to a record 93,000 last year in the midst of the COVID-19 pandemic, the U.S. government reported Wednesday.

That estimate far eclipses the high of about 72,000 drug overdose deaths reached the previous year and amounts to a 29% increase.

The nation was already struggling with its worst overdose epidemic but clearly “COVID has greatly exacerbated the crisis,” he added.

Lockdowns and other pandemic restrictions isolated those with drug addictions and made treatment harder to get, experts said.

Jordan McGlashen died of a drug overdose in his Ypsilanti, Michigan, apartment last year. He was pronounced dead on May 6, the day before his 39th birthday.

“It was really difficult for me to think about the way in which Jordan died. He was alone, and suffering emotionally and felt like he had to use again,” said his younger brother, Collin McGlashen, who wrote openly about his brother’s addiction in an obituary.

Jordan McGlashen’s death was attributed to heroin and fentanyl.

While prescription painkillers once drove the nation’s overdose epidemic, they were supplanted first by heroin and then by fentanyl, a dangerously powerful opioid, in recent years. Fentanyl was developed to treat intense pain from ailments like cancer but has increasingly been sold illicitly and mixed with other drugs.

Fentanyl was involved in more than 60% of the overdose deaths last year, CDC data suggests.

There’s no current evidence that more Americans started using drugs last year, Monnat said. Rather, the increased deaths most likely were people who had already been struggling with addiction. Some have told her research team that suspensions of evictions and extended unemployment benefits left them with more money than usual. And they said “when I have money, I stock up on my (drug) supply,” she said.

Overdose deaths are just one facet of what was overall the deadliest year in U.S. history. With about 378,000 deaths attributed to COVID-19, the nation saw more than 3.3 million deaths.

The Centers for Disease Control and Prevention reviewed death certificates to come up with the estimate for 2020 drug overdose deaths. The estimate of over 93,000 translates to an average of more than 250 deaths each day, or roughly 11 every hour.

More historical context: According to the CDC, there were fewer than 7,200 total U.S. overdose deaths reported in 1970, when a heroin epidemic was raging in U.S. cities. There were about 9,000 in 1988, around the height of the crack epidemic.

The CDC reported that in 2020 drug overdoses increased in all but two states, New Hampshire and South Dakota.

Kentucky’s overdose count rose 54% last year to more than 2,100, up from under 1,400 the year before. There were also large increases in South Carolina, West Virginia and California. Vermont had the largest jump, of about 58%, but smaller numbers — 118 to 186.

The proliferation of fentanyl is one reason some experts do not expect any substantial decline in drug overdose deaths this year. Though national figures are not yet available, there is data emerging from some states that seems to support their pessimism. Rhode Island, for example, reported 34 overdose deaths in January and 37 in February — the most for those months in at least five years.

For Collin McGlashen, last year was “an incredibly dark time” that began in January with the cancer death of the family’s beloved patriarch.

Their father’s death sent his musician brother Jordan into a tailspin, McGlashen said.

“Someone can be doing really well for so long and then, in a flash, deteriorate,” he said.

Then came the pandemic. Jordan lost his job. “It was kind of a final descent.”