It is a heavenly depiction of a beautiful place on earth. It’s also a fine work of art and one of the newest acquisitions at the Art Institute of Chicago. We explore an illuminating landscape made from light and glass.

Marc Vitali: Just one radiant work transforms the grand staircase at the Art Institute. Of course, it is 26 feet high and contains 48 separate sections of stained glass.

It was made by Tiffany Studios and completed in 1917.

Liz McGoey, Art Institute of Chicago: Tiffany studios was the foremost studio for stained glass and really helped revolutionize the medium here in the U.S. I mean, they were creating new types of glass, new combinations where the natural effects of the landscapes and the scenes they were depicting is coming through the material. This isn’t a work where the surfaces are painted. This is really nature realized through the medium. So in its scale, in its size, in the intricate combination of these glass types, there’s nothing like it. 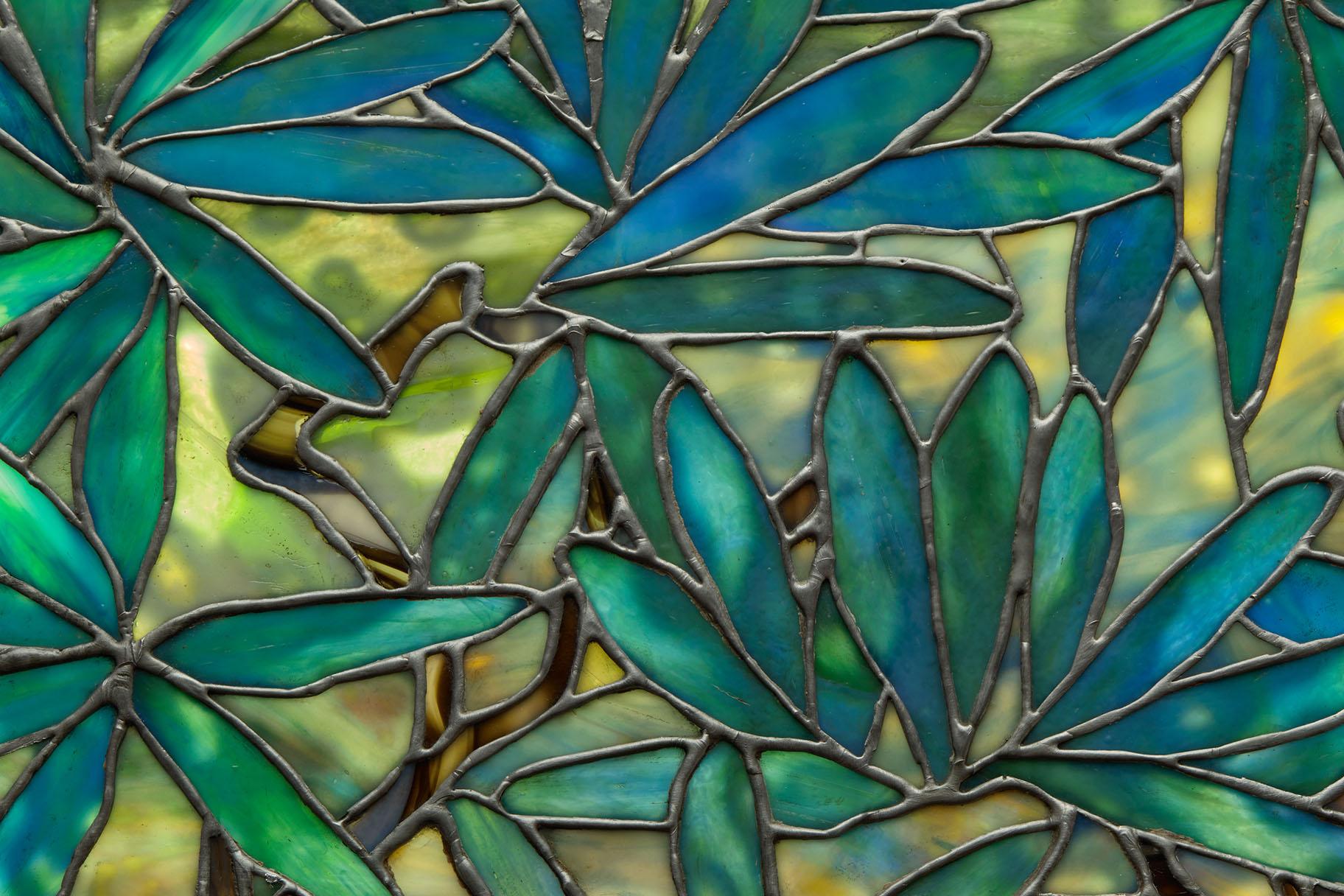 Vitali: Acquired from a church in Providence, Rhode Island, this masterpiece in glass depicts a New England landscape — not a scene from the Bible like you might expect.

McGoey: This was a new direction that Tiffany Studios was forging. You know, Louis Comfort Tiffany had a vision and was interested in landscape. This certainly wasn’t something that was common in religious settings at the time, but you start to see them exploring this connection between nature and spirituality. Here that is connected quite literally through the psalm verse that appears across the bottom of the window, but it’s also something that, sitting in that space, you would have looked up into this natural world and been moved in that way.

Vitali: In the church the window was positioned high above the altar. In its new setting, it’s more approachable.

The work is attributed to Agnes Northrop, who worked in the so-called “women’s department” at Tiffany’s. 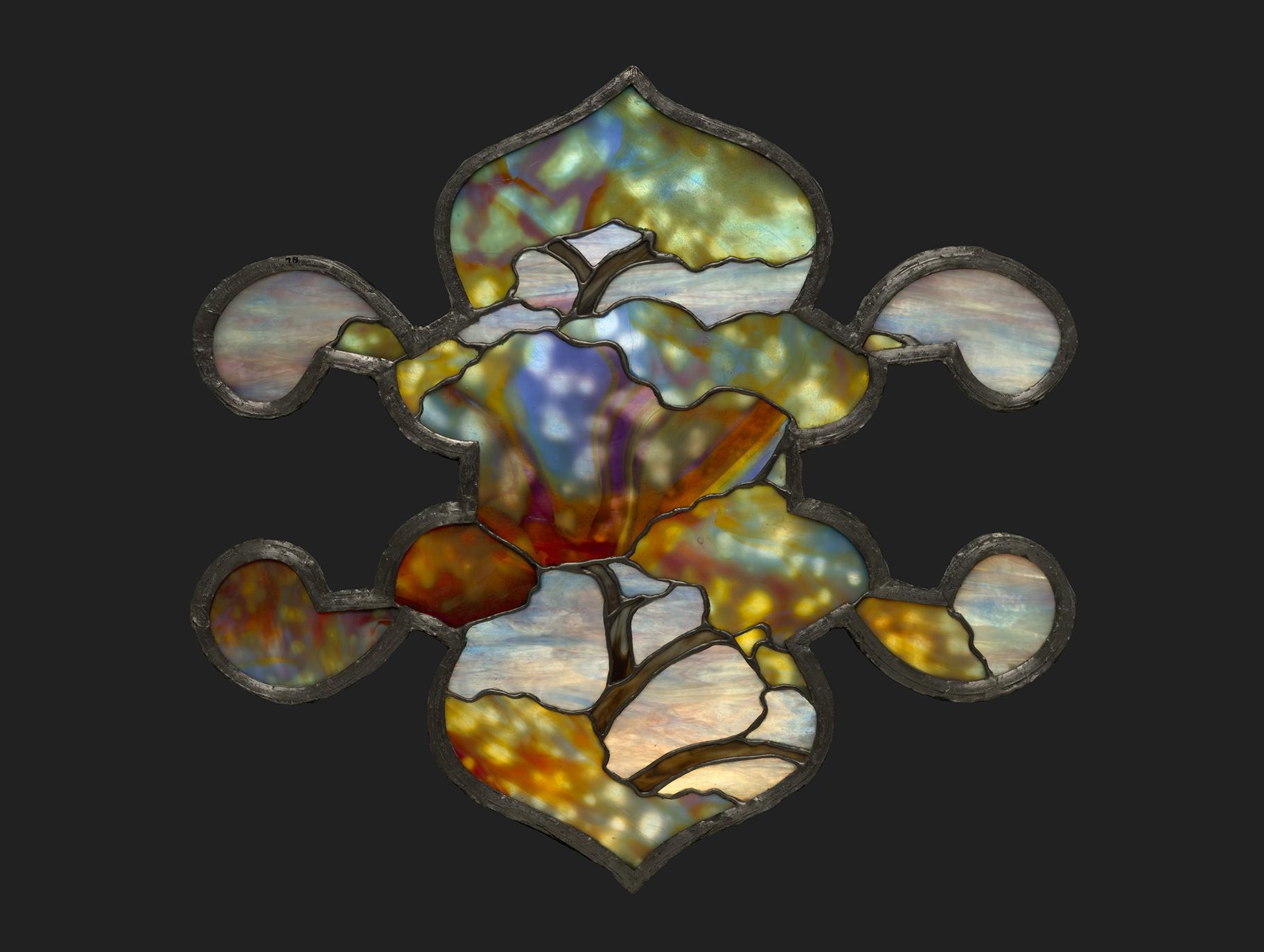 McGoey: She was the foremost landscape designer for the firm. She was doing these special one-of-a-kind commissions, and we can see her hand in the composition in the flora and fauna throughout the scene, so she would have been the vision behind this but then you would have had other people [such as] chemists who were mixing the glass formulas to create these spectacular combinations that could achieve these natural effects.

Vitali: The glass arrived in good condition, but it is over 100 years old and needed restoration and careful installation.

Other architectural treasures share the space with the monumental work, which is lit by LEDs. The skylight over the staircase addS highlights throughout the day. 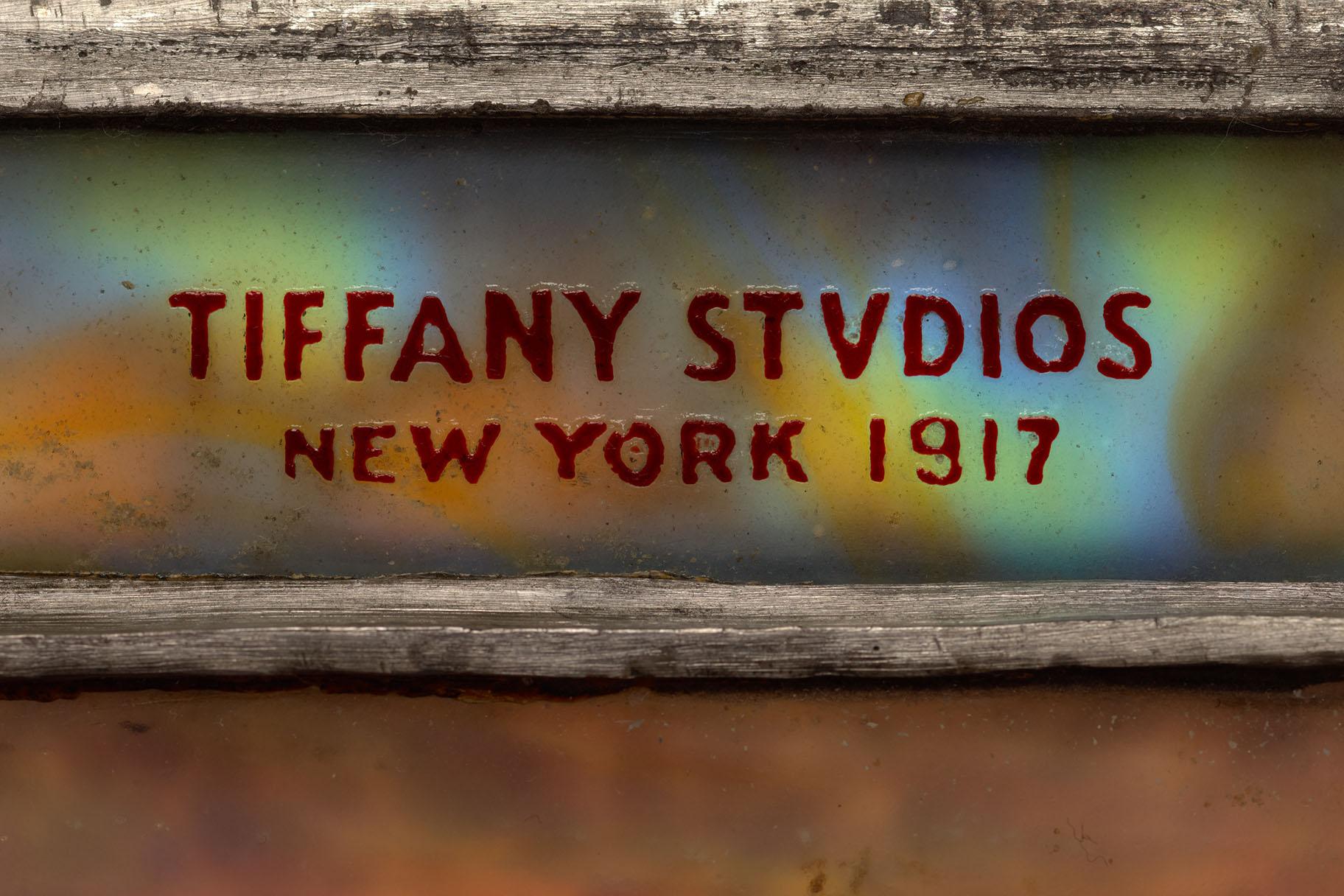 It’s never the same in any moment that you’re looking at it, so the light coming through the mountains and down the waterfall is different from perspectives throughout the gallery. It also is different throughout the day. So to me it’s a singular work in the space, but it’s something you can come to again and again and see it with new eyes.

And yet it looks like it’s been here all along.

Neither the church – which remains open – nor the Art Institute will say what the window cost. The church wanted stewards who could restore it to its former glory and place it where it could be seen by more people. And the Art Institute wanted a unique piece of American art. It’s called the Hartwell Memorial Window, and it’s now permanently on view.