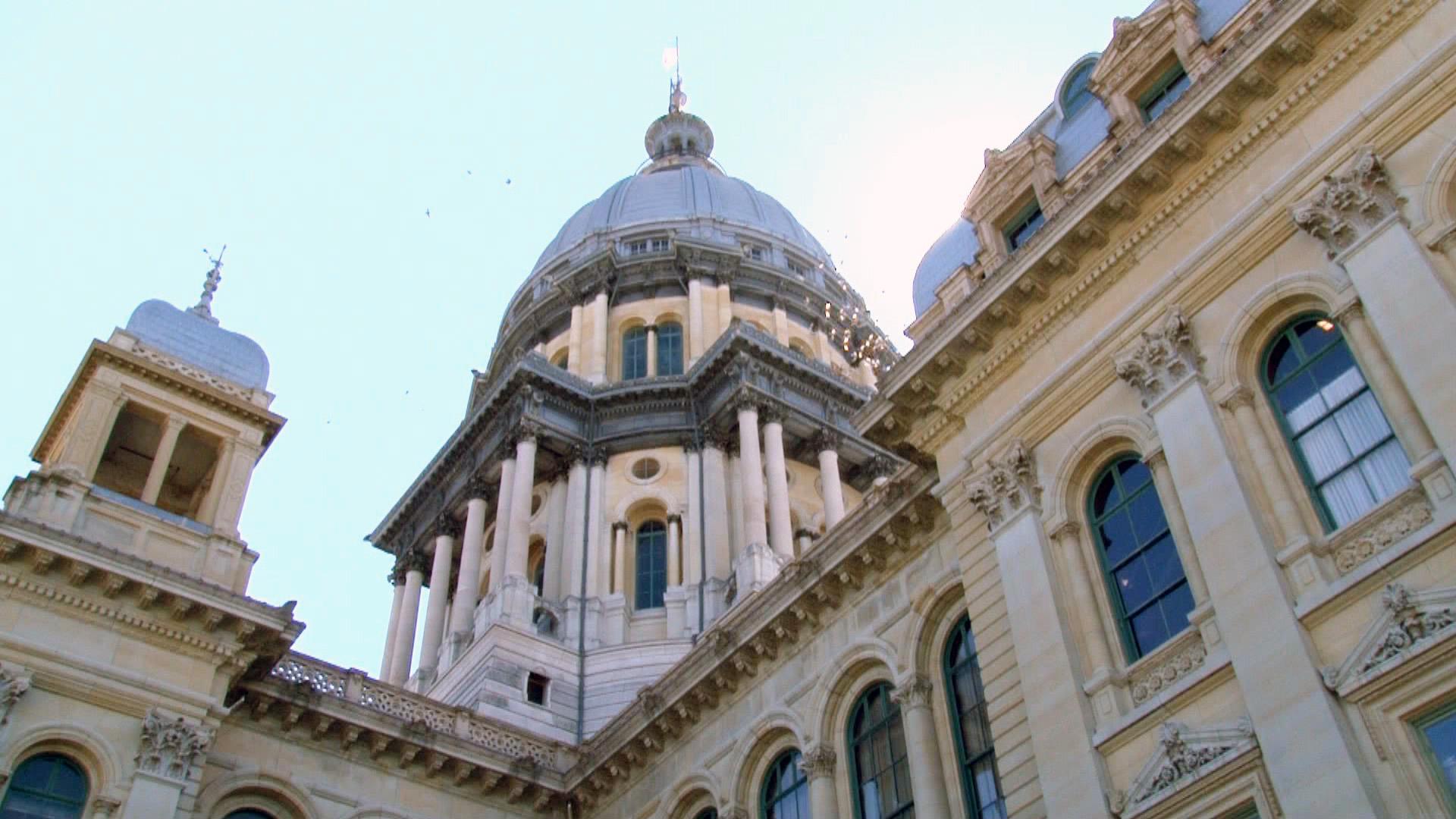 With just one day remaining before they’re scheduled to adjourn until fall, Illinois legislators have a heaping set of issues left to tackle: a state budget, ethics reform, a follow-up to the major criminal justice overhaul signed into law in February, and legislation to fix issues with Illinois’ gun licensing system.

It’s also still possible that legislators could vote to move Chicago Public Schools to having an elected board.

Exelon and Gov. J.B. Pritzker’s office appear to be in a high-stakes standoff over the future of Illinois’ nuclear energy fleet, as environmentalists are pressing for a cleanup of a once-vaunted, now puttering, renewable energy program.

“All of the big policy typically moves the last 24 hours of session,” Sen. Sue Rezin, R-Morris, said. “I don’t particularly think it’s good for the state because it’s hard to go through these bills, which are 600 to 800 pages long. And it’s difficult for our staff to go through and analyze what’s in the bill, let alone for us to sit down and, you know, talk about it as a caucus and decide where we’re going to vote. So it’s certainly a challenge.”

More from Springfield: Time Is Running Out to Preserve Illinois’ Telehealth Protections

The nuclear energy generating stations in Byron, Dredsen and Braidwood, which Exelon has threatened to close if Illinois doesn’t help make it worth it to continue operating unprofitable plants, are all in or near Rezin’s district.

She said upwards of 2,500 people would be out of work if those plants close.

“So there’s a lot on the line if this doesn’t pass by tomorrow (Monday) night at midnight,” Rezin said. “We’ve been working on a bill with all of the stakeholders for two years, talking about the need to recognize that nuclear is a carbon-free energy, and it’s the lowest cost.”

Illinois became the first state in the nation to pass a nuclear subsidy law to prevent threatened plant shutdowns in 2016, with passage of the Future Energy Jobs Act.

Clean energy advocates supported FEJA, given that no-emissions nuclear energy can serve as a bridge to carbon-zero and renewable energy goals.

But this round of negotiations for a second round of subsidies has been tainted since last July, when Exelon subsidiary Commonwealth Edison admitted in federal court to a bribery scheme intended to influence former Illinois House Speaker Michael Madigan in exchange for favorable legislation, including FEJA, that reaped at least $150 million in benefits for ComEd.

Madigan has denied wrongdoing and has not been charged, though several former ComEd executives and lobbyists who likewise say they did nothing wrong are fighting criminal charges including bribery conspiracy.

In a letter to union leaders, Pritzker on Sunday reaffirmed a commitment to keeping the plants open, but said that Exelon has rejected his final offer of subsidies worth $550 million spread over five years.

“As Governor of Illinois it is my duty to both protect good union jobs and advocate for a fair deal on behalf of Illinois taxpayers,” the governor wrote. “We must not pass up a critical opportunity to lead the nation toward a clean energy economy. I remain ready and willing to negotiate a deal that benefits the climate, union workers, and the ratepayers of Illinois.”

“It is a very robust process. Of course we’re getting to the 11th hour and right now we are trying to button up the final details, but we feel like we’re close,” Martwick said.

Martwick is sponsor of a measure that would create a 21-member, all-elected board that Chicago Mayor Lori Lightfoot strenuously opposes.

Martwick said a transition is key because of the deep financial ties between the city and its school district that “are not easily unwrapped.”

“This elected board, they’ve got to know that when they come in, that they’re not taking on debts or their credit is getting hurt because we didn’t, we weren’t careful about how we unraveled these financial entanglements,” he said. “So we’re trying to create an orderly transition period that will allow us to address all of those issues.”

Critics, including the Civic Federation, have cited the intertwined finances between Chicago and CPS among reasons for objecting to the all-elected board.

The federation also said a 21-member board would be “too large to be effective” and that the cost of those campaigns is apt to soar “very high,” into many millions.

Meanwhile, a draft of the fiscal year spending plan is expected to be out by Monday morning, but was not ready by 11 p.m. Sunday.

Senate Appropriations Chair Elgie Sims, D-Chicago, repeatedly emphasized Sunday night that talks remain “fluid” and that “we have not made a decision yet on most items.”

But he was confident that a budget will pass before legislators adjourn.

“We’re looking at, looking forward, to passing a responsible, balanced budget that gives us a path toward a brighter future,” Sims said. “Investing in education, making sure we have investments in small businesses, investing in local governments, so we can have, we can have that path towards that bright future.”

It’ll be a plan that puts Illinois on a plan so fiscally sound and responsible, Sims said, that “I certainly hope it leads to a credit upgrade.”

Illinois’ credit is currently a notch above junk status, the nation’s worst.

Given the evolving status of negotiations, Sims wouldn’t confirm whether Democratic lawmakers had agreed with any elements of Pritzker’s proposal to do away with $932 million in tax breaks and credits for businesses and a private school scholarship program.

Another bid by the governor, to reduce the local share of state income tax revenue via the Local Government Distributive Fund, or LGDF, is off the table.

“A lot of these towns have taken it on the chin,” state Sen. Mike Hastings, D-Orland Park said. “It’s only the right thing to do, making sure we take care of the towns.”

Sims said that investing in local governments is important, because without revenues from the state, municipalities often have to turn to property taxes.

The spending plan will fully include the full $350 million increase, as ordained by a revamped, evidence-based funding formula approved in 2017 that aims to send more dollars to districts that need it most.

With $8 billion in federal COVID-19 relief funds coming, plus better-than-anticipated revenues, Illinois is in a better position than most lawmakers – including Sims – expected a year ago, in the throes of the pandemic.

“When we started this budget process, you know, a few months ago, this was not a place I thought we’d be but I am glad we’re here,” Sims said. “A year ago we were at the height of the pandemic, we didn’t know, there were so many unknowns.”

Exactly how Illinois will spend the American Rescue Plan money is uncertain, in large part because the state is still waiting for definitive federal guidance.

Earlier in May, Pritkzer and the legislative leaders announced they would use the revenue windfalls to pay back $2 billion in debt borrowed earlier in the pandemic via a federal liquidity fund.

Sims is also a lead negotiator on a trailer bill to a criminal justice omnibus package passed earlier this year as a response from Black legislators to the outrage over George Floyd’s killing by a Minneapolis police officer in May 2020.

Law enforcement groups, which continue to oppose the law, have been fighting for at least some modifications.

Sims said marathon meetings with police, state’s attorneys, and advocates for criminal justice reform have now resulted in a proposal that will be made public Monday that he said will provide “clarification” on issues including police misconduct, victims resisting arrest and when police can review body camera footage.

“We took great pains to make sure that we did not undermine the intent of the law but we stuck to clarifying issues, implementation issues and challenges,” Sims said. “We’ve tried very hard to stick a balance between the advocates and law enforcement and I certainly hope that law enforcement signs off on and supports the effort.” 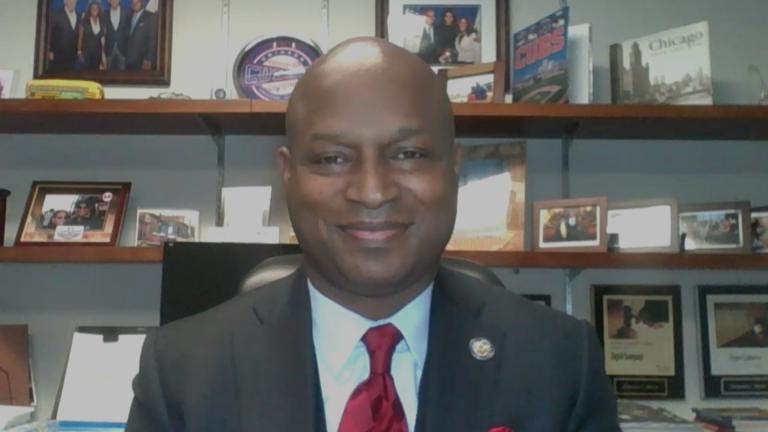 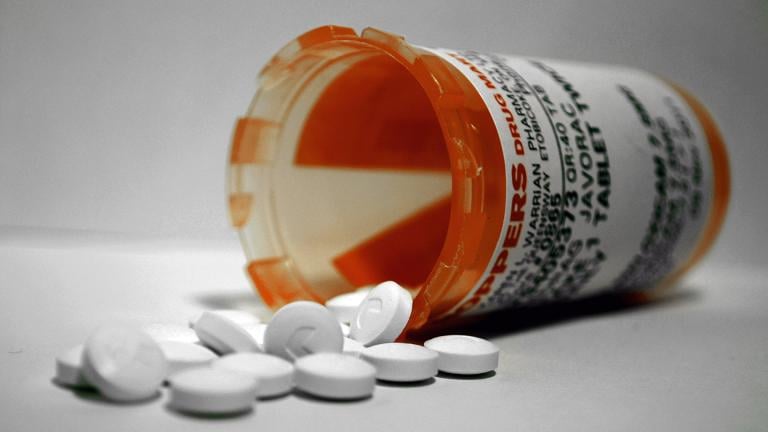 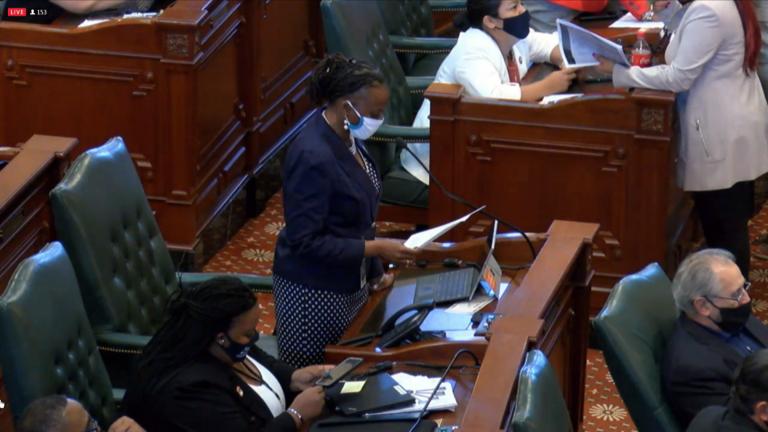 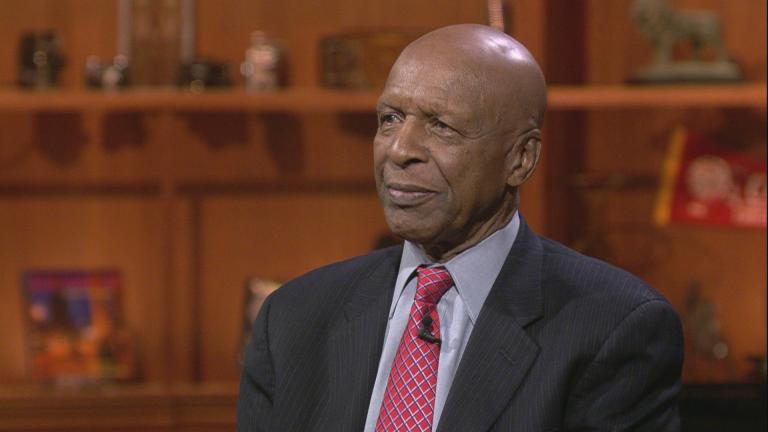